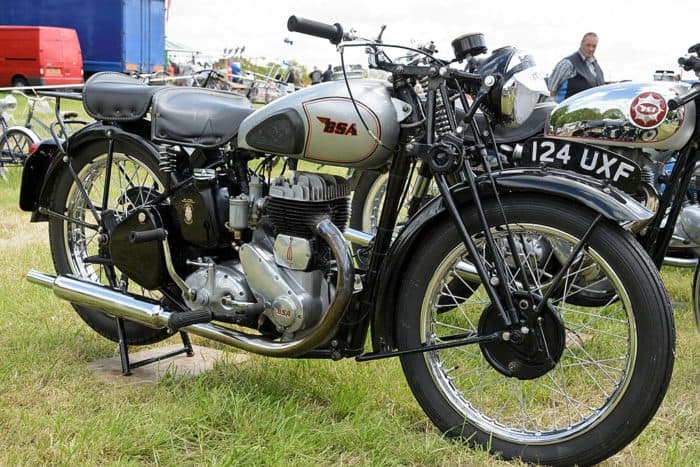 In 1951, British company BSA was the largest producer of motorcycles in the world. Having just purchased its rival Triumph Engineering, BSA claimed to be making one of every four bikes sold worldwide. British motorcycle builders abounded at the time, including well-known names like Norton, AJS, and Royal Enfield, as well as a plethora of smaller firms.

Today, probably the only British motorcycle company most bikers can name is Triumph (a company unrelated to the original Triumph Engineering). Most of its compatriot two-wheel specialists are long gone, although some nameplates have been revived in very different new forms.

So just what happened to the British motorcycle industry, and why? 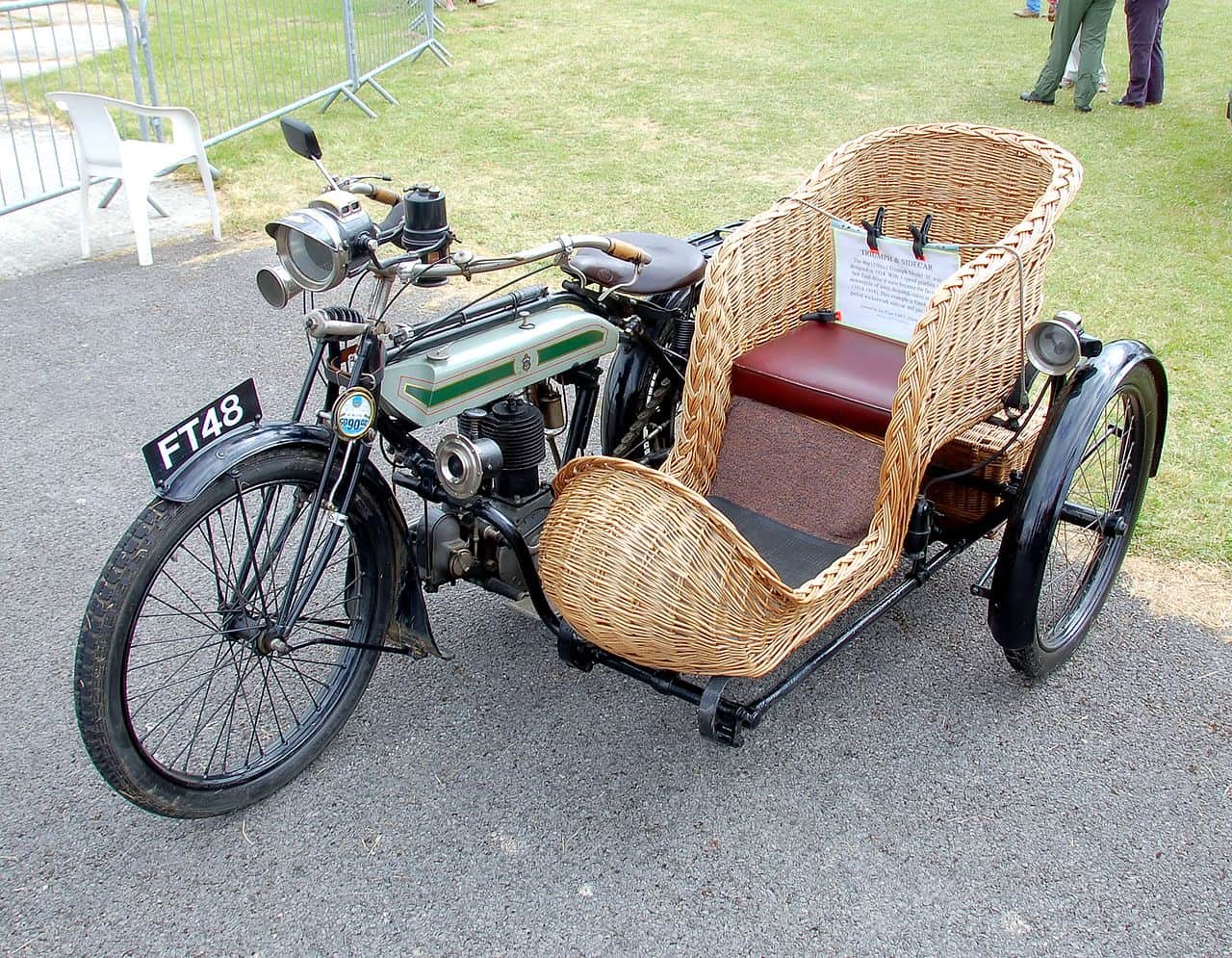 “The bicycle kind of mobilized Europe and England in particular … The motorcycle was just kind of an offshoot of that and carried it on further,” said Mark Appleton, the owner of British Cycle Supply Company, which has been importing and distributing parts and accessories for classic British motorcycles to the U.S. and Canada since 1977.

As Appleton tells it, the motorcycle – with or without a sidecar – provided practical solo and even family transportation in an era before cars were widely affordable. Accordingly, he characterizes the demise of the British motorcycle industry as at least partially starting with that nation’s first, much more attainable “people’s car,” introduced in 1959.

“The Mini was the beginning of the end of volume British motorcycle sales – when they stopped being a utilitarian device and became more just a hobby item,” said Appleton. “In the U.S. it was really the [Ford] Model T that knocked out hundreds of motorcycle makers. In England, it was a bit later, but it was the Mini.”

The two World Wars had driven huge demand for Brit bikes. Triumph sold more than 30,000 of its belt-driven Model H – regarded by many as the first modern motorcycle – to allied forces during World War I. BSA supplied 126,000 of its M20 models to British armed forces between 1937 and 1950. Royal Enfield also produced military motorcycles, including one that could be dropped from aircraft by parachute. 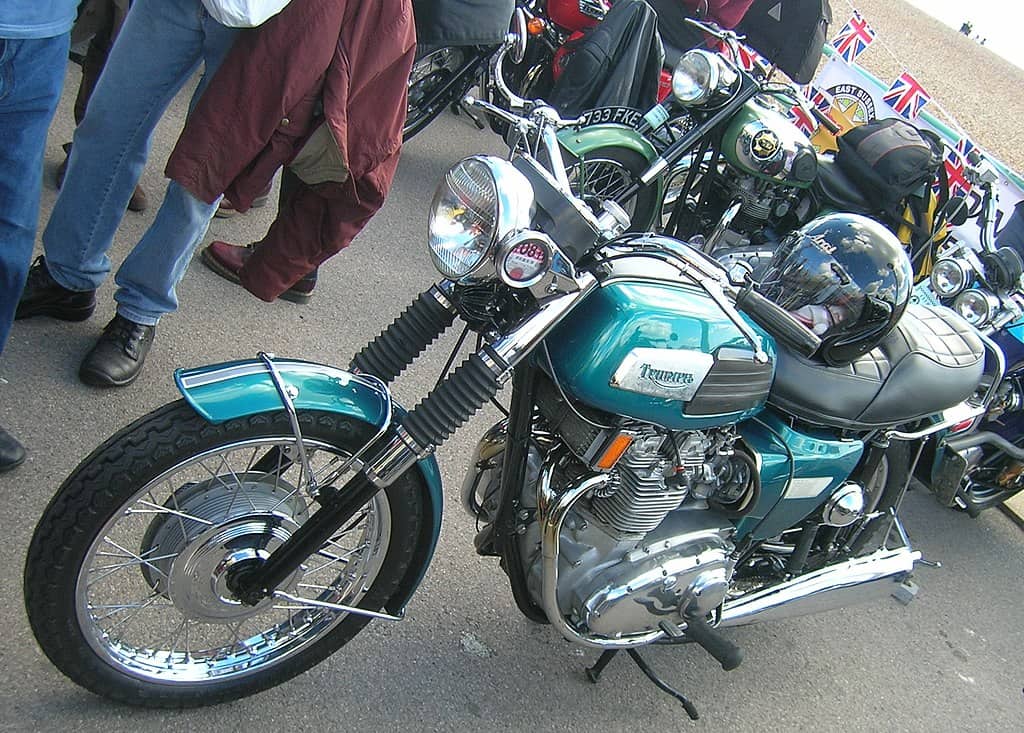 But competition from overseas was eating into sales of British motorcycles even before the Mini appeared. And things happened fast. By 1955, German company NSU took over the number one position globally. In 1959, Japan’s Honda – which was only founded a decade earlier – became the world’s largest producer of motorcycles. The Japanese “Big Four” motorcycle manufacturing companies was completed by the similarly fast-growing Suzuki, Kawasaki, and Yamaha during
the 1950s, and remains to this day.

“The [British] factories were all geared up from wartime production … so they could crank-out bikes in relative volume,” Appleton explained. “Although nothing compared to what the Japanese were able to do with a clean sheet of paper and new machine tools.” With its industry devastated by World War II, Japan’s fledgling motorcycle industry benefitted from the protectionist policies of its post-war government and was able to secure loans from government-backed banks.

“Whereas in the UK everything had to make a profit,” said Appleton. “Reinvestment in tooling and new designs … was thought of as a drain on profits as opposed to the highway to new profits.”

For example, while Norton and Triumph continued to use vertically-split crankcases using pre-war machine tools, the new Japanese companies started afresh with superior horizontally-split cases. These were less prone to crankcase flex and the subsequent loosening of critical sealing surfaces. 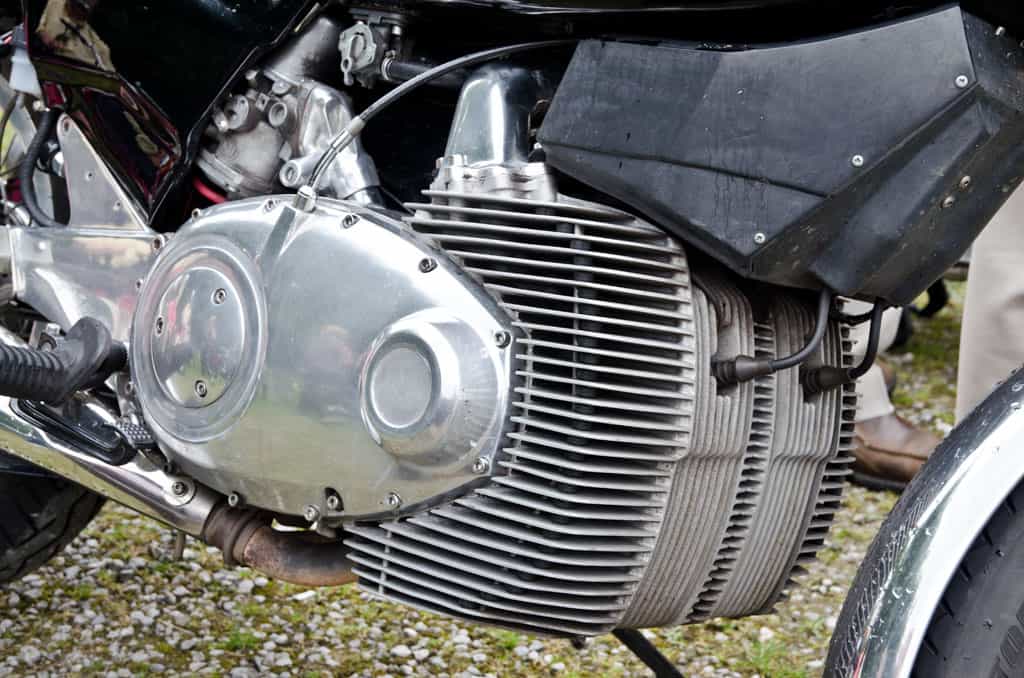 While Britain continued to make some fun-to-ride bikes, many were still rooted in pre-World War II designs. Even the 1968-1975 Triumph Trident, one of the very first “superbikes” (alongside the Honda CB750), had a three-cylinder engine that traced back to the 1937 Triumph Speed Twin.

“The only really revolutionary [British] design would have been the Norton rotary,” Appleton continued. “But that ended up getting destroyed by a whole bunch of issues such as pollution controls [and] noise controls.”

The Japanese were able to quickly produce modern designs better aligned to the motorcycle’s new image as principally a recreational machine. Their bikes were more stylish and more reliable than those of their competitors, and the latter’s market share suffered accordingly.

While Germany’s BMW resurged somewhat with its completely redesigned “/5” series in the 1970s, and America’s Harley-Davidson survived thanks to U.S. tariff laws and nationalism-driven customer loyalty, British bike makers continued to wither and fall during the 1960s and ‘70s.

A government-organized rescue led to BSA-Triumph being taken over by Norton Villiers (later known as Norton Villiers Triumph). But the latter was liquidated nonetheless in 1978. The Norton name was revived by a British businessman in 2008, but the company went into administration in early 2020 and was bought by India’s TVS Motor Company. At the time of writing, TVS was indicating that it intends to continue low-volume production of Norton bikes in England. 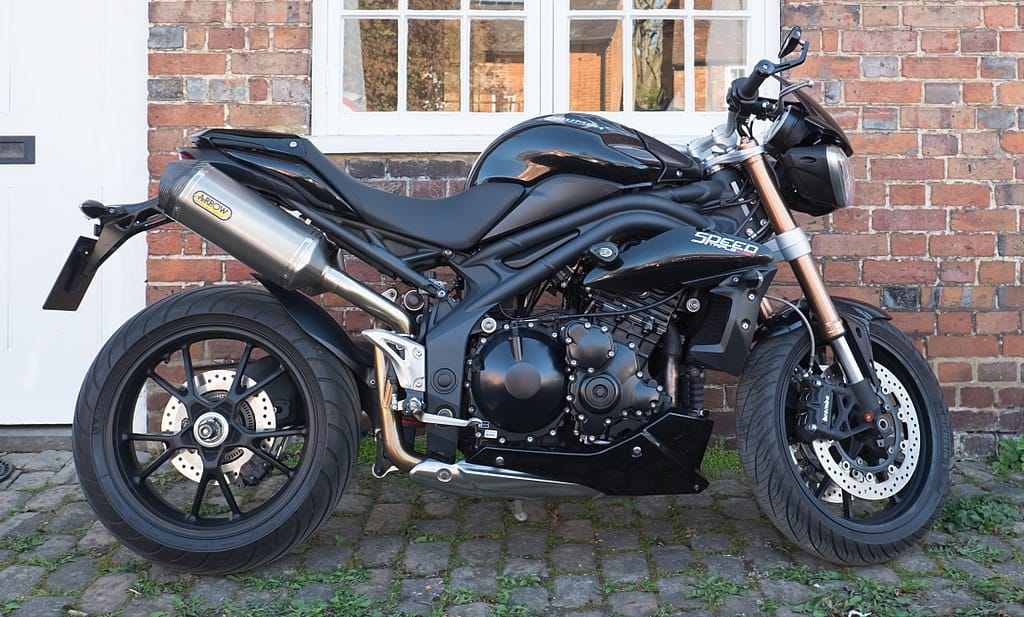 The one big survivor has been Triumph. Launched as a completely new concern (Triumph Motorcycles Ltd) by construction magnate John Bloor in 1983, the new company has positively thrived as the largest UK-owned motorcycle manufacturer. Before a downturn due to COVID19, Triumph was selling around 65,000 of its revered high-end motorcycles annually.

Having hired several of the original Triumph Engineering designers, Bloor began work on all-new models. By 1988 he’d initiated a new 10-acre factory in Hinckley, England, the first fruits of which went on sale for the 1991 model year. By the time the new Triumph broke even in 2000, Bloor had poured up to $125 million into it.

“Bloor really did start off with a clean sheet. He didn’t even keep the same logo,” said Appleton. “It’s nice what he did, and I admire him for it. He really put his money where his mouth was, and came up with solid designs.” 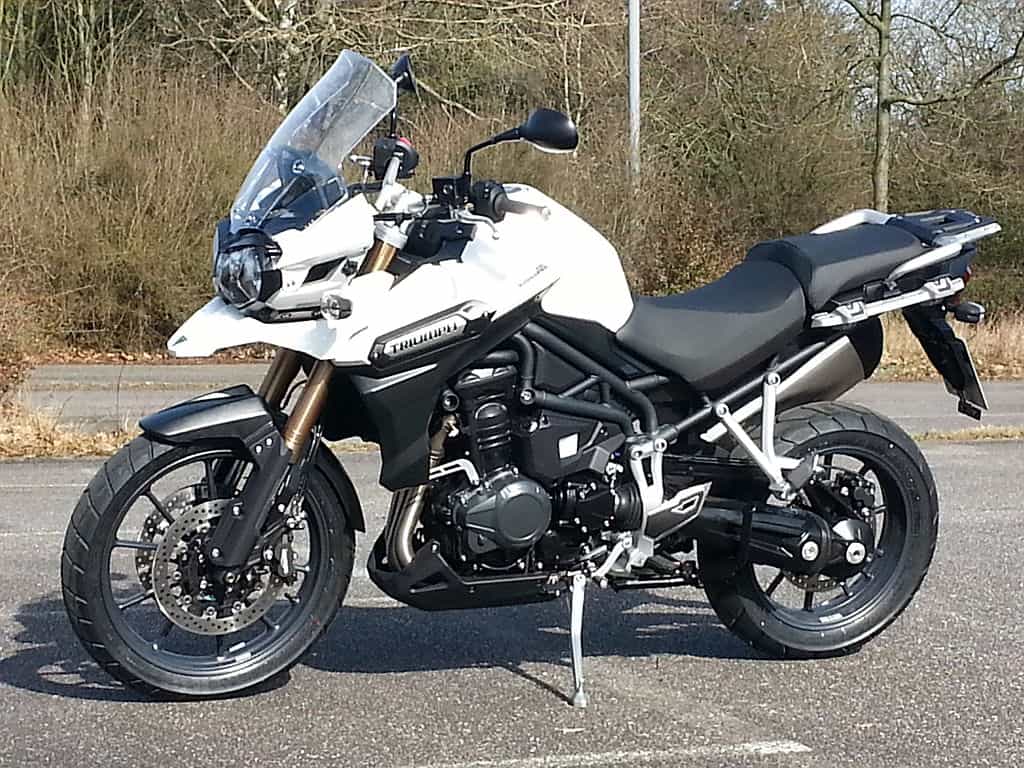 The Future of British Motorcycles

Brit bike purists were dismayed in February 2020 to learn that Triumph was completing a move to manufacture all of its volume production models in Thailand. Production of the last remaining UK-made mass-produced models – the Tiger 1200 and Speed Triple – will join the rest of the range at a plant in Chonburi. Around 4,500 high-end Triumph Factory Custom models will continue to be built in England.

“Based on what I can see, [Triumph is] going to go from strength-to-strength,” Appleton offered. “They’re an independent company, can do what they want, and seem to be hitting all the right chords as far as knowing what the consumers want.”

There’s no sign of substantial new British bike manufacturers springing up anytime soon. And while Royal Enfield is a huge concern – around 850,000 bikes produced in 2018, some of which are still based on original British designs – it’s been Indian owned and based for decades. But that doesn’t mean there’s no future for the UK motorcycles on the world stage.

“I think you’re gonna see Triumph continuing to dominate the British motorcycle industry,” Appleton concluded. “And I think probably you’re going to see revived Norton having some impact, because I don’t think [TVS Motor] bought it just for a hobby.”

More Reading on The Subject: 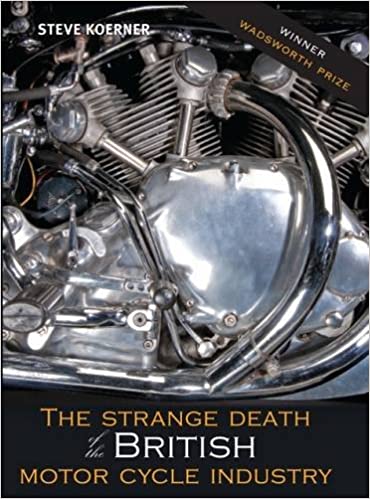 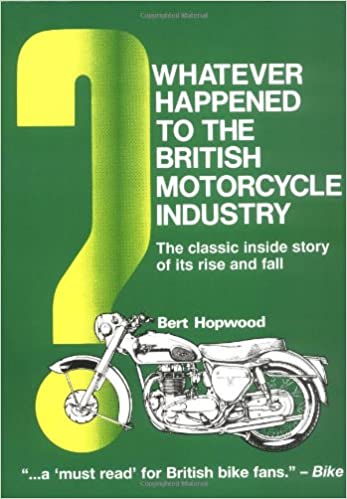 
10 Dual Sport Motorcycles That Offer The Best Of Both Worlds
10 Awe Inspiring Bikes From The 50cc Motorcycle Category
The Old But New Black Douglas ‘Sterling’ Mk 5
Suzuki GSX 1340 R Hayabusa – What A Monster
Ranking The Best Commuter Motorcycle Models On The Market!
The Lamborghini Motorcycle Design