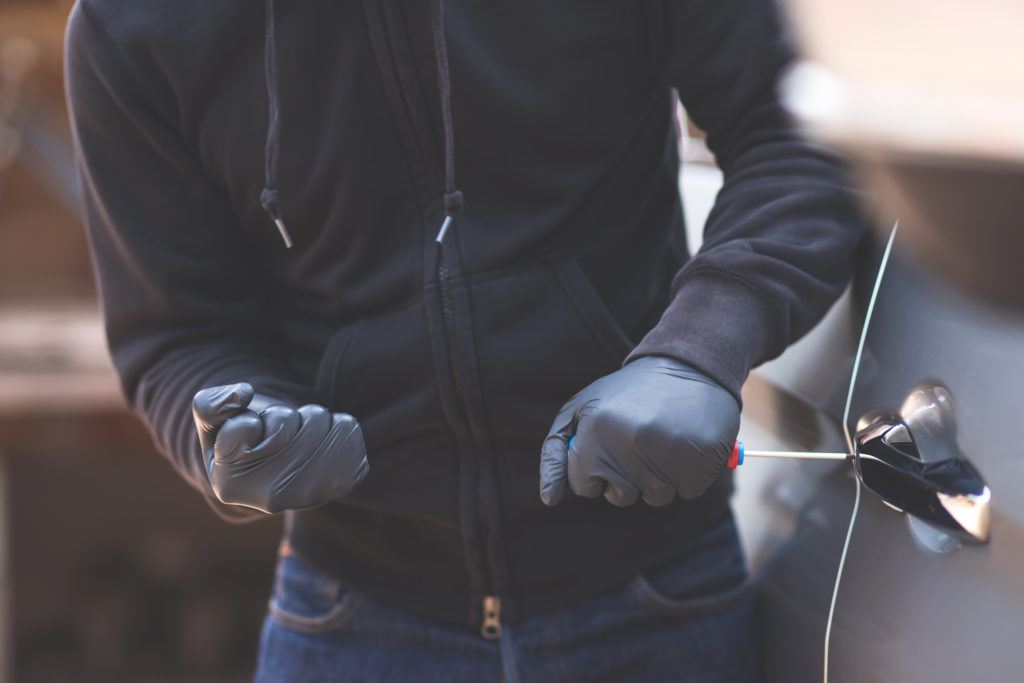 It would seem that recent changes in market trends have even managed to make their way into what vehicles are targeted by thieves. The data is in, and the National Insurance Crime Bureau (NICB) just released its 2019 annual “Hot Wheels” report. As is the case with prior versions of the report, it uses crime data from across the country to help shine a spotlight on what vehicles are a favorite target for theft.

Below are the top ten vehicles stolen by model in 2019. After the list we also give you a few pointers on how to keep your personal vehicle out of next year’s statistics.

Top 10 Most Stolen Vehicles In The U.S. 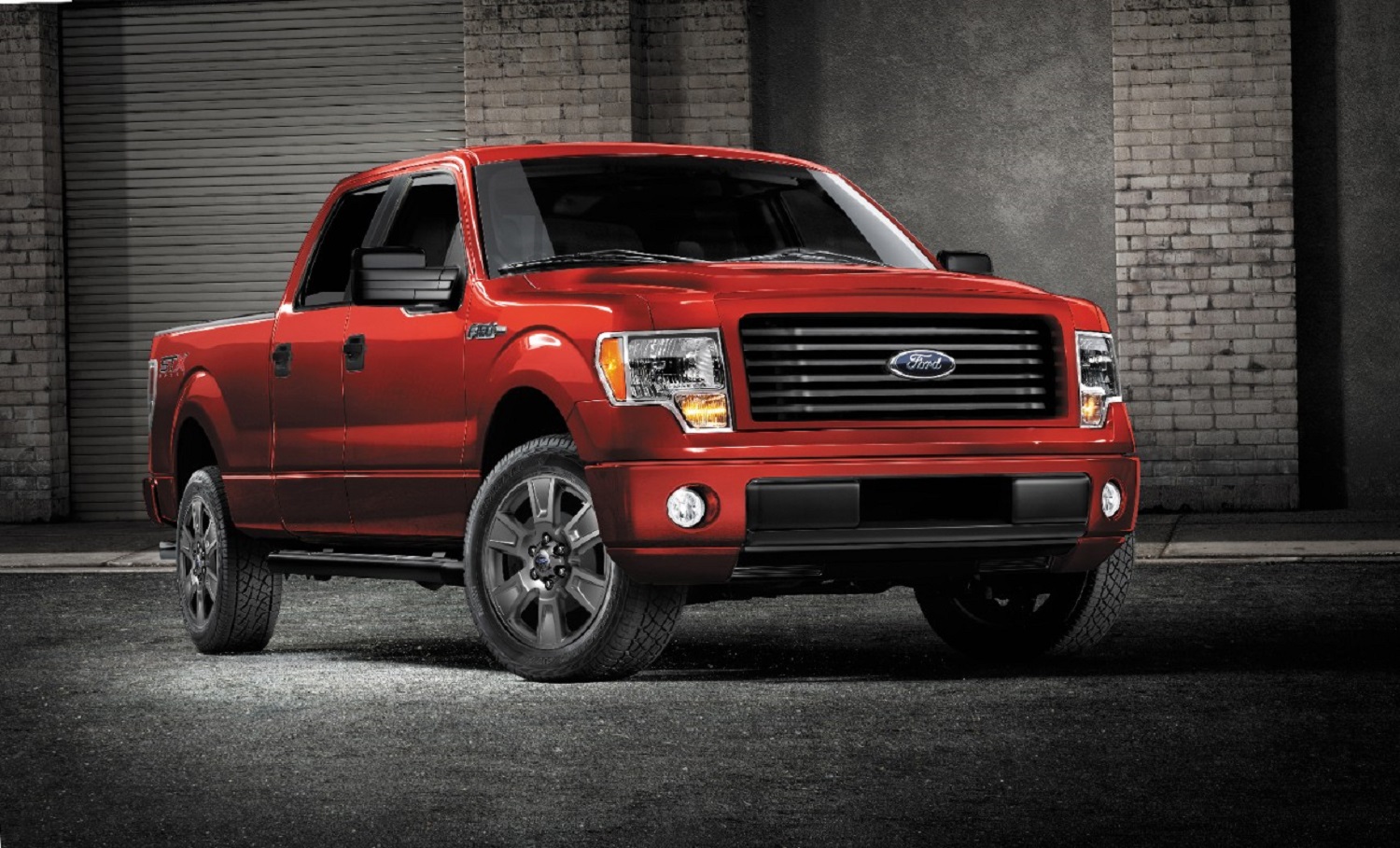 In perhaps a very prominent sign of changing times, the Ford F-150 knocked the Honda Civic out of first place on this year’s list. More and more people are shifting towards pickups, and this now includes thieves. A whopping 38,938 F-150s were stolen in 2019 in the U.S. alone. The 2006 model year was the most frequently stolen F-150 in 2019. 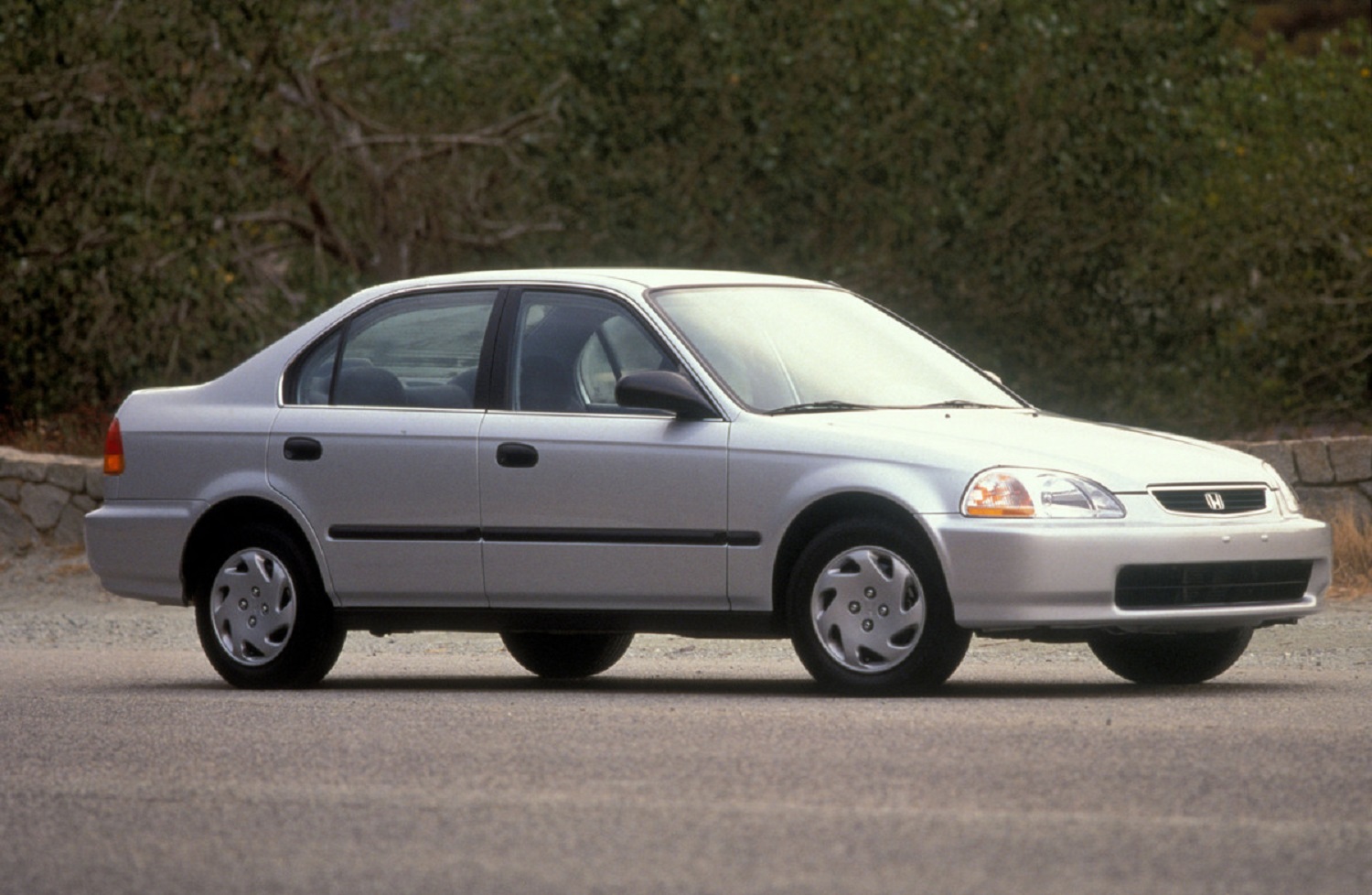 The Honda Civic provides reliable everyday transportation for many Americans. Its rugged construction and impressive fuel economy help them hold their resale value. That higher value is a blessing for thieves looking to charge more money for parts that are stripped from these models at chop shops. There were 33,220 Civics stolen in 2019, with 2000 being the most frequent model year stolen. 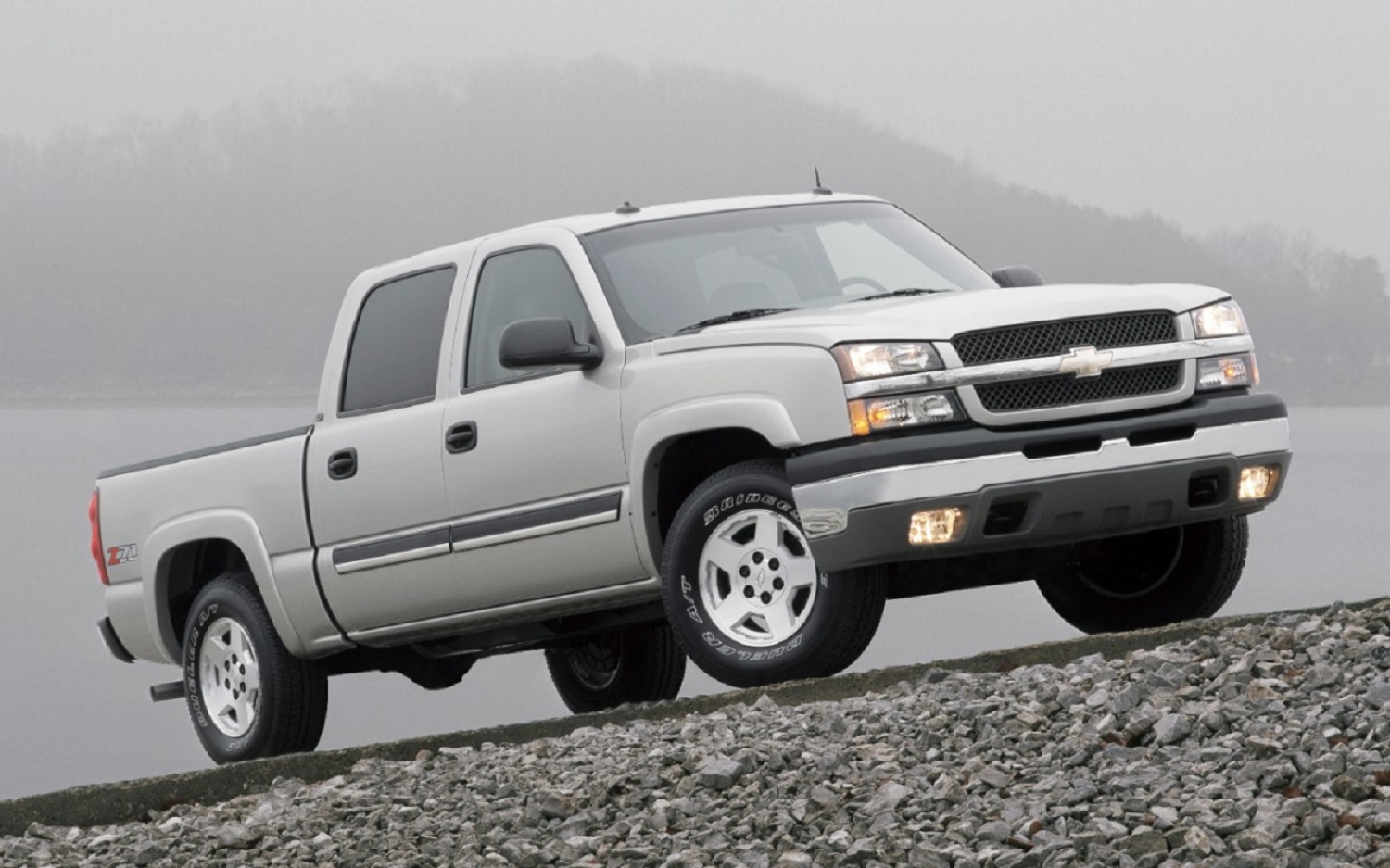 Like other entries on this list, the 2004 Chevrolet Silverado is a popular target among thieves due to the higher profit margins that are there once you strip it down to its core essentials. Engines, radios, and even the tailgates are all popular items on the black market. This is also true of GMC truck models, with my own dad almost having his 1993 GMC Sierra (the Silverado’s corporate cousin) stolen from a parking lot in a now-closed GM plant in Michigan. A previously faulty steering wheel column thwarted the thief that night, but we suspect that it would have ended up in a chop shop due to its rare paint color (Light Quasar Blue). 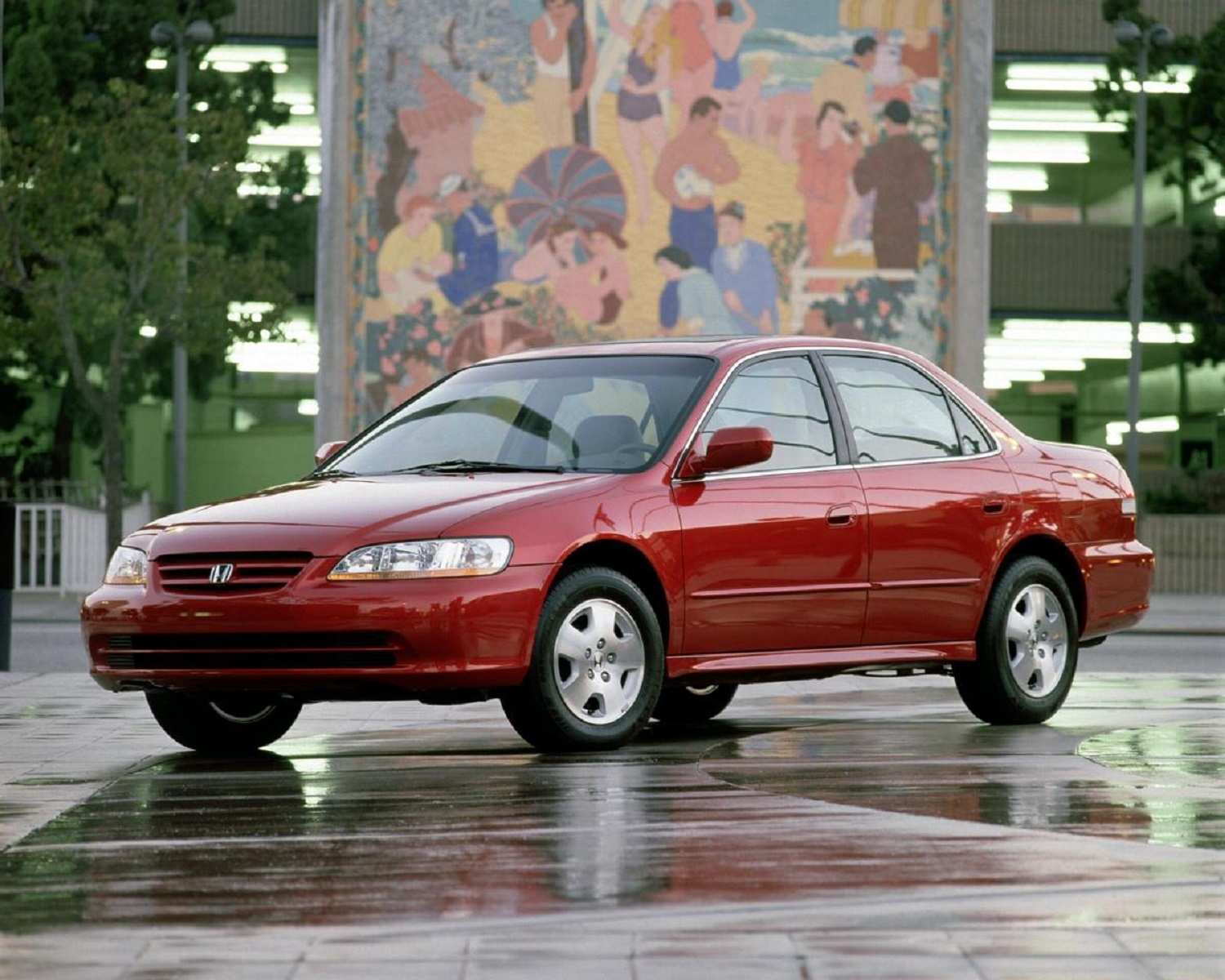 Like its smaller corporate teammate the Civic, the larger Honda Accord has an equally strong resale value, and that means it faces the same fate as the fore-mentioned Civic. Older models lack key security features and are strong profit generators for thieves and chop shops when they are stripped down for their parts. There were 30,745 Accords stolen in 2019, with 1997 models being targeted the most by thieves. 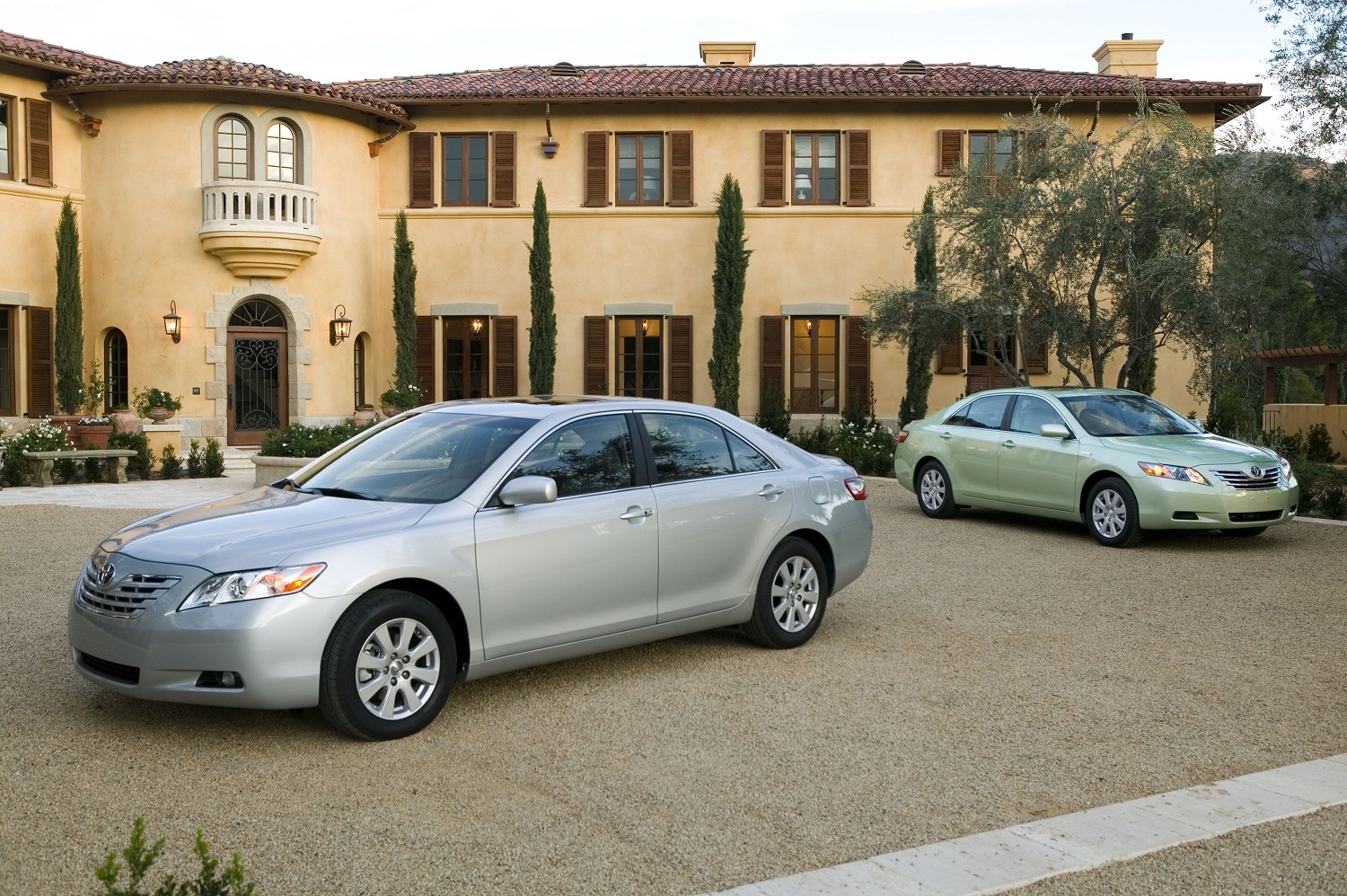 Reputation can play a big role in what makes a car desirable among thieves, and that includes the Toyota Camry. This popular Toyota’s combination of quality and a high resale value in the used car market makes it a big target with thieves, and like the others on this list, that means higher profits for certain parts and components. Over 15,656 Camrys were stolen in 2019 with 1997 models being the Camry of choice for thieves. 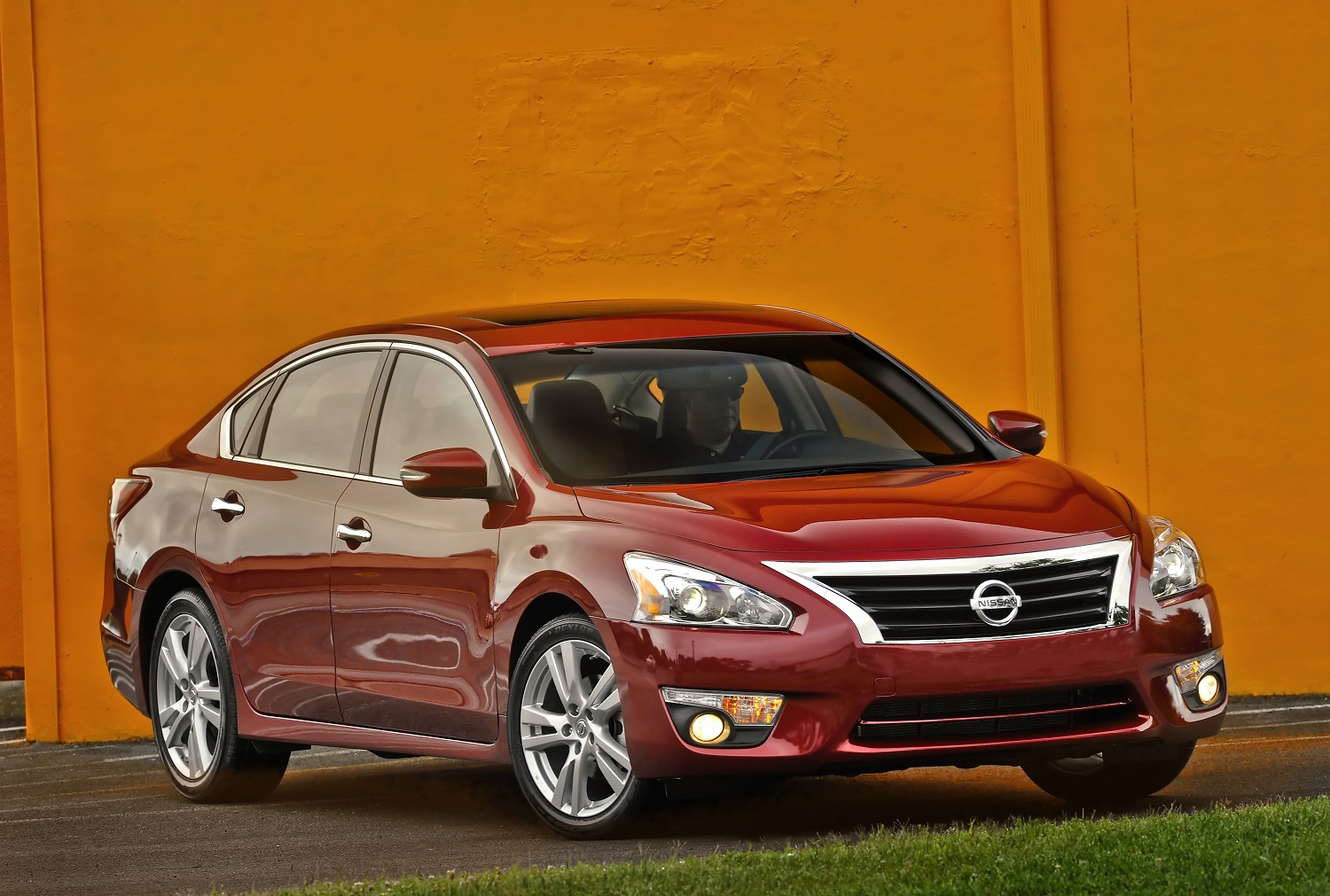 Dubiously having the distinction of being the highest-ranked newer vehicle in the NICB’s report, the Nissan Altima has emerged as a very interesting target for thieves. The NICB report revealed that 13,355 Altimas were stolen in 2019, but in a strange twist, 2015 models are targeted the most. Those Altimas have modern anti-theft technology, but reports suggest thieves can trick the car’s software into thinking the key fob is present with illicit technology. That helps ensure a quick getaway for the thief, and an equally speedy profit too. 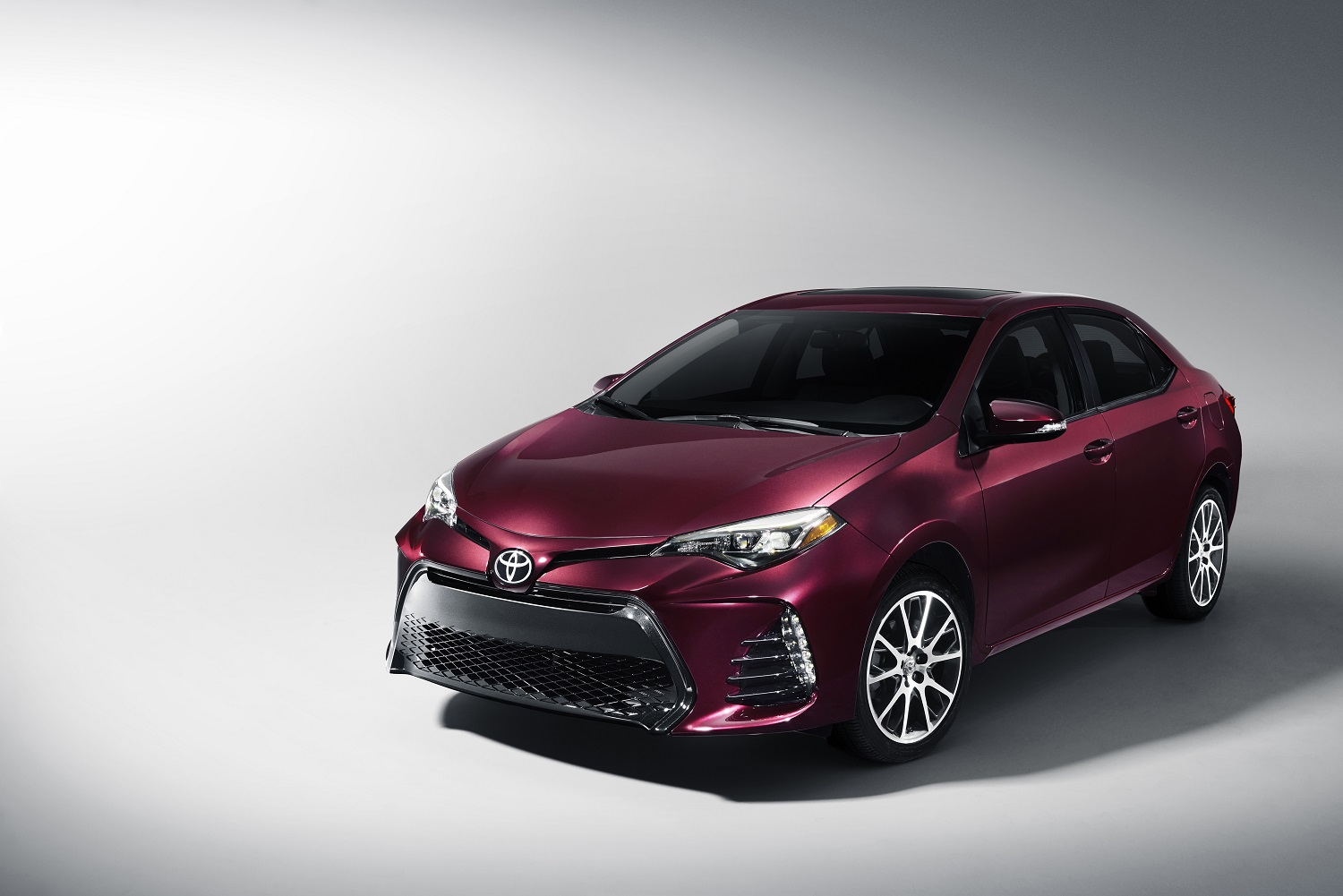 The humble Toyota Corolla has always had a solid track record for sales and quality. Like the bigger Camry, these models have high resale values, and that’s sweet music to the ears of thieves, who snatched 12,137 Corollas in 2019. Like the Altima, thieves prefer to have their Corollas fresh, with 2018 models being the most frequent target. Illicit technology is to blame again, and it can trick the Corolla into thinking the key is present when it really isn’t. 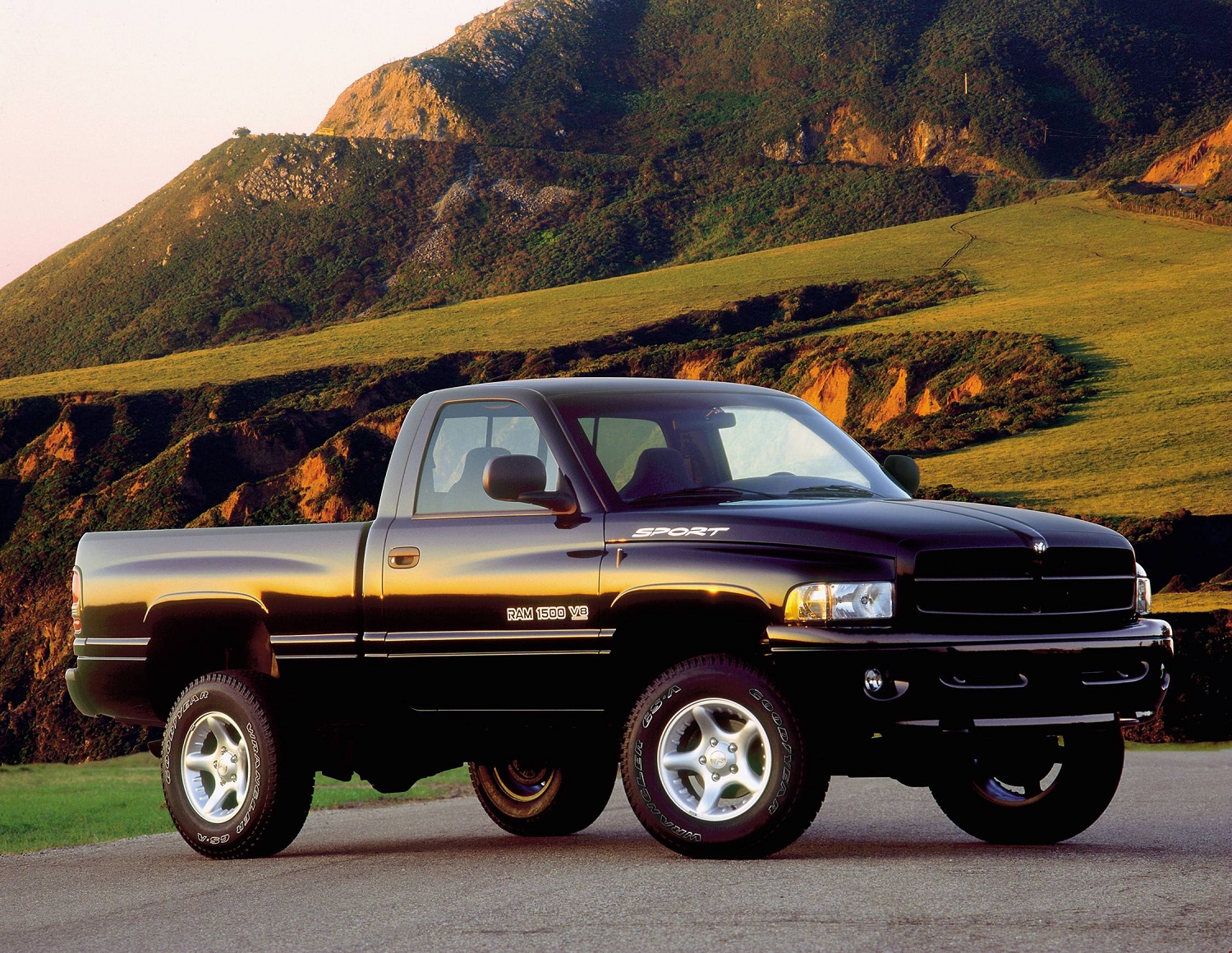 The recurring theme of making more money on a larger vehicle rings true with the Ram 1500, but while chop shops go after the usual assortment of parts, the Ram’s V8 engines make it a more compelling target than usual. There were 11,292 Rams stolen in 2019, with 2001 models leading the pack in this regard. 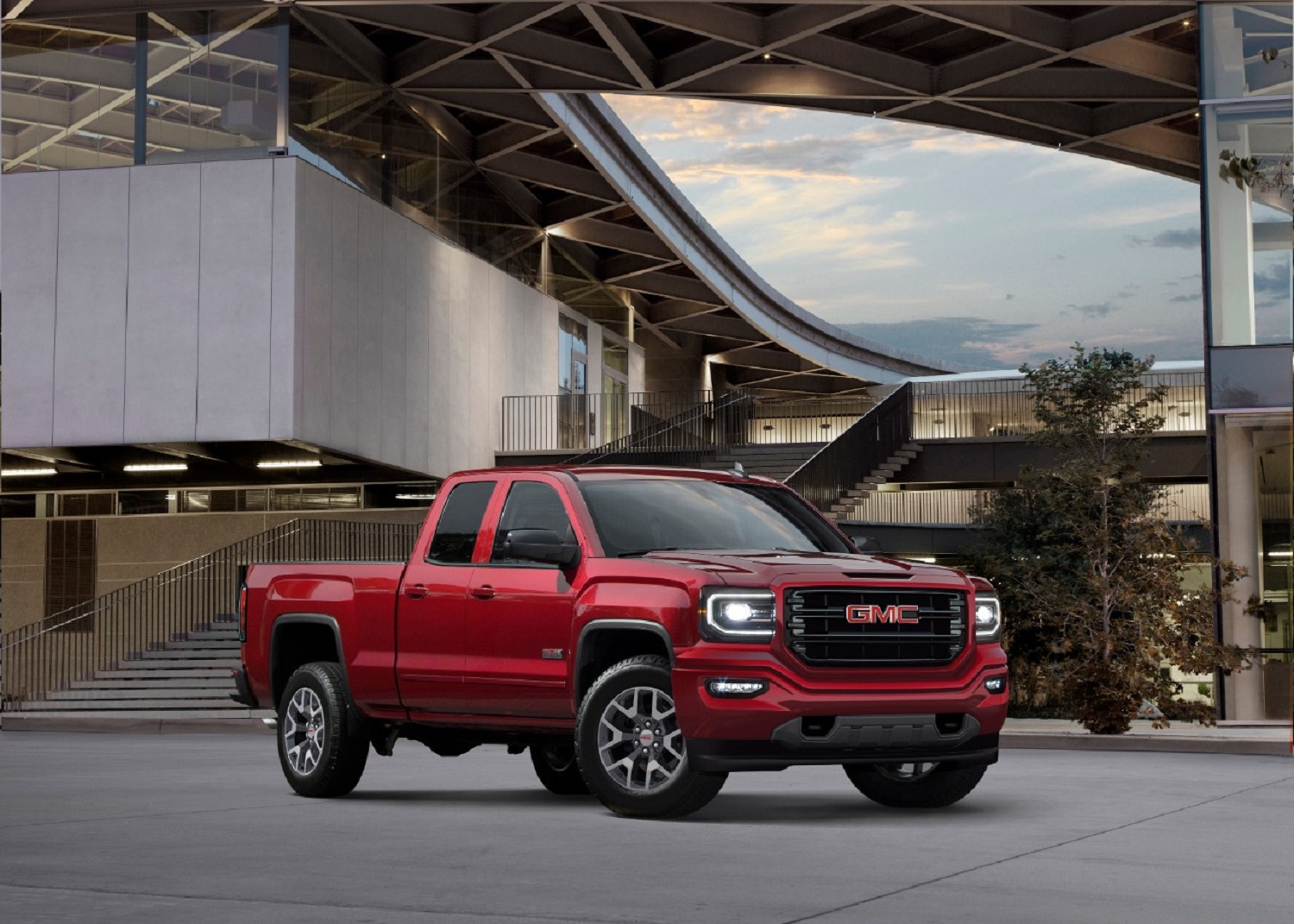 The GMC Sierra is beset by the same factors that make other trucks a target for thieves. It’s more expensive and holds a higher resale value as a result. The Sierra is also targeted for certain components including radios, tailgates, and other key items. Thieves stole 11,164 Sierras in 2019, with 2018 models making up the bulk of trucks stolen. Those models have pricey infotainment systems, and thieves have found ways to disable OnStar’s tracking technology too. 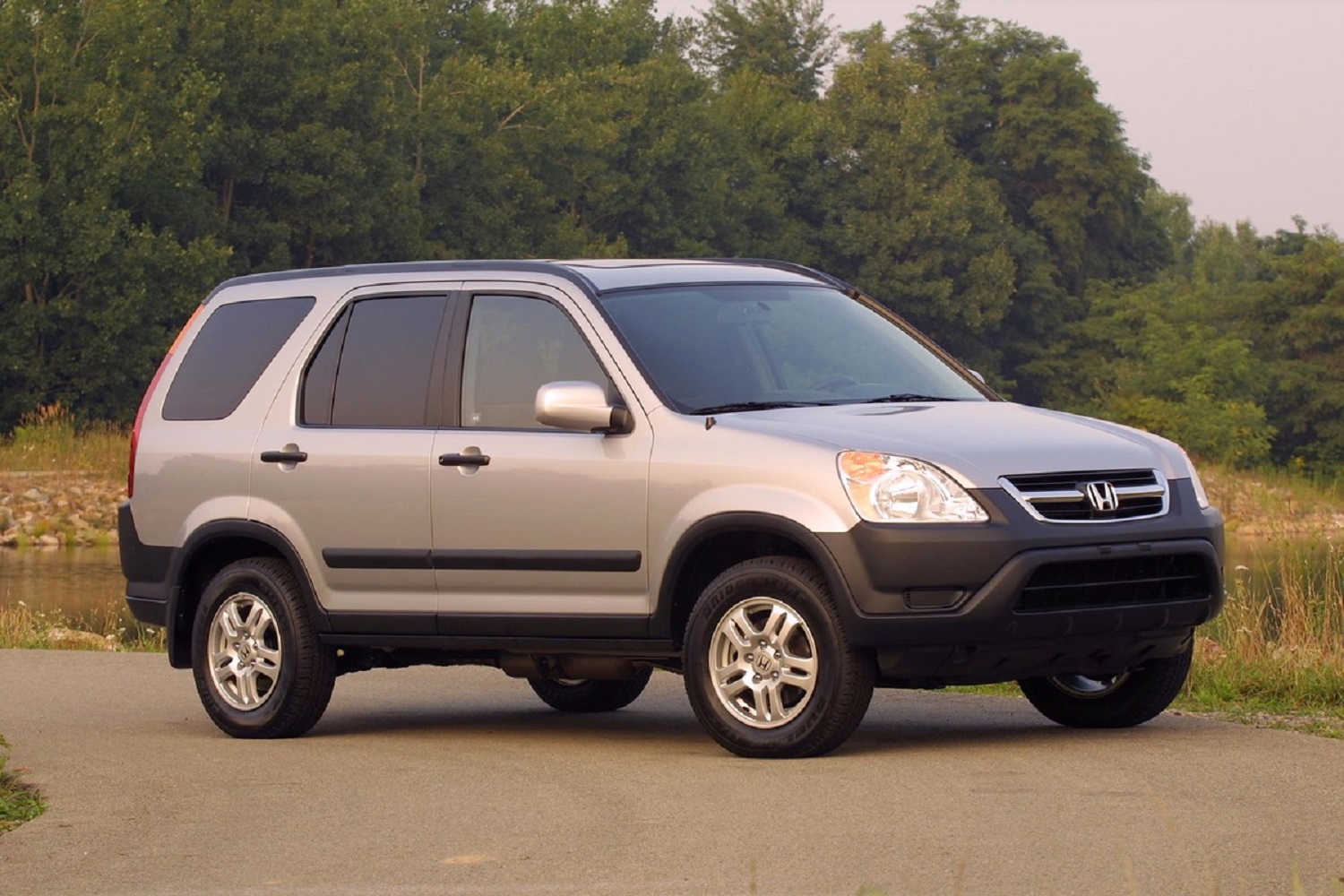 The Honda CR-V rounds out things with its combination of utility, high resale value, and dependability. Thieves made off with 10,094 of them in 2019, with 2001 models being stolen the most. Those particular models lack modern anti-theft technology, which makes them easier to steal than newer versions.

How Can You Prevent Your Car From Being Stolen

With all the statistics out there in regard to stolen cars, you might be wondering how you can protect yourself from being a victim? The NICB has you covered and has given us a solid four-layer protection plan to follow.

Ironically this is the easiest of the bunch, but also the most commonly overlooked. In short, common sense means doing things such as not leaving the keys in the ignition when you’re not in your vehicle, locking the doors, closing the windows, as well as parking in well-lit areas versus a darker section of a parking lot.

Another simple thing you can do is to install an immobilizing device such as brake, wheel, and steering wheel locks. These items can hamper attempts to steal your vehicle, and some thieves might even give up on stealing a vehicle if one or all of these items are equipped to it. Speed is a thief’s best friend, and the longer it takes to steal a car, the less likely they’ll succeed.

This particular tip is a bit more time consuming, but consider etching your VIN number into sections of your vehicle. When it’s done correctly, these markings help ensure that all the parts match up, and can also serve as a prominent red flag for junkyards and part resellers if they suspect something isn’t right with a particular part.

STEP 4: Keep A Digital Eye On Your Ride

Installing a GPS tracking device can help give you and local authorities real-time whereabouts of the vehicle in the event it’s stolen. The technology surrounding these devices has drastically improved in recent years, and they can sometimes serve as a handy backup system in the event thieves manage to disable the primary tracking unit in a vehicle.

Lastly, your location might determine what vehicles are popular for thieves, as it can change by city and region. For example, in Metro Detroit, the headlines are usually dominated by reports of stolen FCA products, including Dodge Chargers and Challengers which are targeted for their infotainment systems, engines, and other valuable parts. As such, it’s always good to be cautious no matter what vehicle you drive. You wouldn’t want your ride to become one of these statistics.


Vintage Jeep Enthusiast Brandon Girmus Carries On Jeep's Ico...
Mustang vs Miata: My Hunt for a Fun Car Under $10,000
The Greatest Hits In Floyd Mayweather's Car Collection
30 Awesome Cars That Aren't Quite Full Scale
Mustang GT500 Vs. Corvette Z06
15 Best Sleeper Cars (and 10 Cars That Aren't as Fast as The...