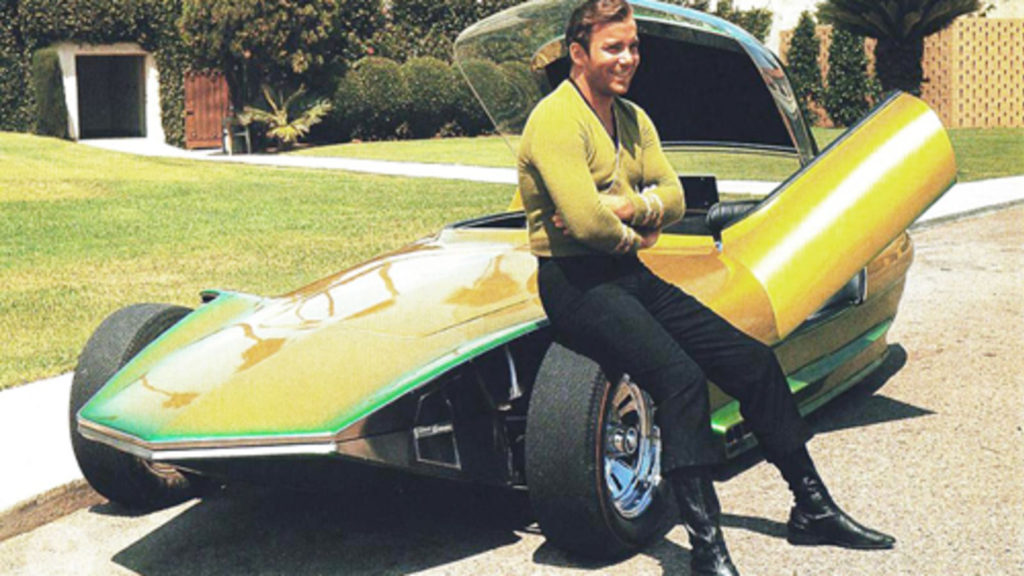 The Star Trek science fiction franchise may be one of the most unique in show business. With a library of over 800 TV episodes and 13 movies, the discerning auto enthusiast (and sci-fi lover) knows there are plenty of moments when some iconic vehicles make a cameo. We wanted to go a step further and compile a list of the 10 best Star Trek cars (and trucks) to play a role in the Star Trek universe.

Star Trek has been alive as either a live broadcast, syndication, or rerun since the 1960s. The many television series and movies are set between the mid-2100s in the “Enterprise” series to the late-2300s with the newest series “Picard.” Spaceships, shuttles, and advanced technology are the norm from episode to episode and movie to movie, but that doesn’t mean that an automotive gem from our time doesn’t pop up here and there. 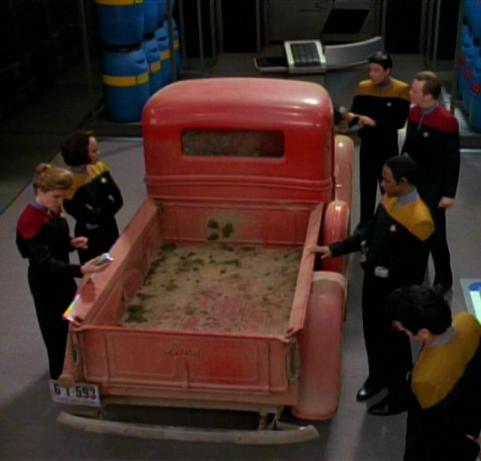 The first episode of the second season of “Star Trek: Voyager,” begins with the crew detecting rust in space. Since it is impossible to have rust in space with the lack of oxygen, they investigate and find a 1936 Ford Model 67 floating in space. The episode is also memorable for its storyline. Spoiler alert: you might just find out what happened to Amelia Earhart. 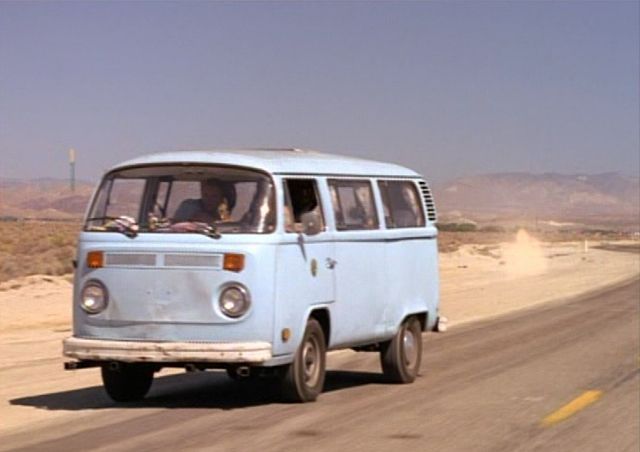 This won’t be the only time you see the episode “Future’s End” on the list. For a significant portion of the episode, Tom Paris and Tuvok are on the run with guest star Sarah Silverman in the role of Rain Robinson. The 1977 Volkswagen Type 2 van is Robinson’s personal vehicle which they use to escape a dire situation. 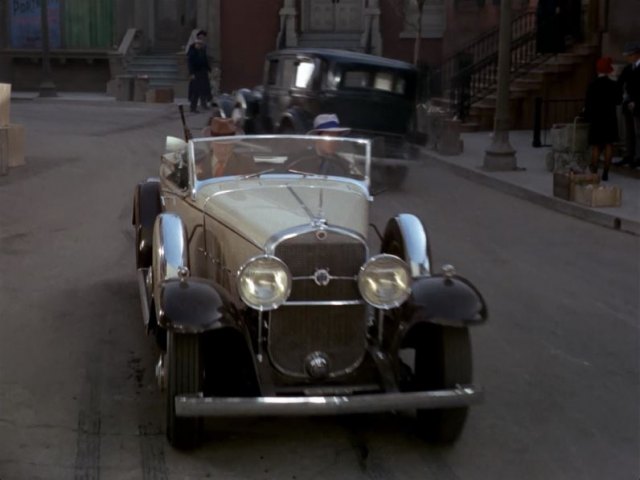 This classic makes its cameo in the second season episode “A Piece of the Action” in which the Enterprise crew discovers a planet that runs itself in some sort of 1920s gangster culture. In this scene, both Captain Kirk and Spock are uncharacteristically clothed in 1920s attire and fedoras driving the 1931 Cadillac V-12. 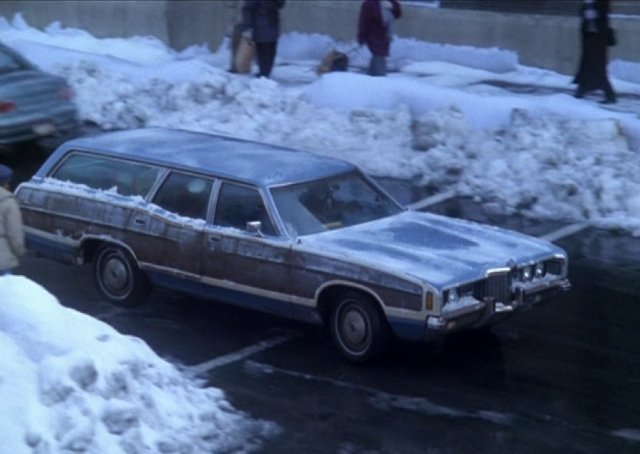 In the fifth season episode “11:59”, Captain Janeway tells the crew about a historic figure in her family’s past — Shannon O’Donnell. She believes O’Donnell helped build a unique historic structure. Most of the episode is set in the past with Shannon O’Donnell and begins with her getting into a fender bender with a 1974 Ford Mustang II. She hits the Mustang with her 1971 Ford LTD Country Squire. The accident sadly cripples her car which will not start, trapping her in the town and setting the stage for the story to unfold. 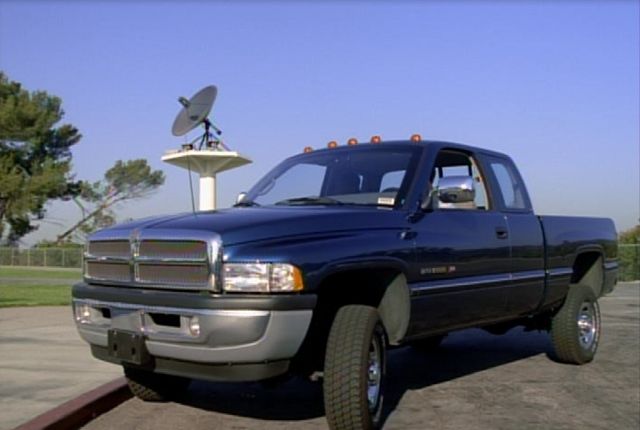 The second-generation Dodge RAM truck might have been made famous for chasing tornados in the blockbuster movie “Twister” and on the small screen as Chuck Norris’ ride in “Walker, Texas Ranger”, but it also popped up in an episode of Star Trek: Voyager. In the episode “Future’s End”, the crew of the Voyager gets thrown back to ’90s Earth. During a dramatic phaser shootout, Tom Paris and Tuvok hide behind the Dodge RAM before it is vaporized by a phaser shot.

“Star Trek: Nemesis” isn’t one of the most loved movies of the Next Generation movie era, but it does feature one cool eye-catching, off-road vehicle. The Enterprise crew picks up a signal that is known to only come from androids such as the main character Data. Captain Picard, Data, and Worf head down to the particular planet to find the source of the signal. To complete their mission, the trio hop in a shuttlecraft equipped with this unique off-road vehicle for some driving scenes that are an added bonus.

“Star Trek IV: The Voyage Home” is one of the most comedic installments of any series or film in the Star Trek universe. The crew of the Enterprise has to travel back in time to find some humpback whales, and luckily find two at an aquarium in San Francisco. There they begin a strange friendship with the whale biologist. That whale biologist, Dr. Gillian Taylor, picks up Captin Kirk and Spock in her 1975 Chevrolet C-10 to try to save the whales. 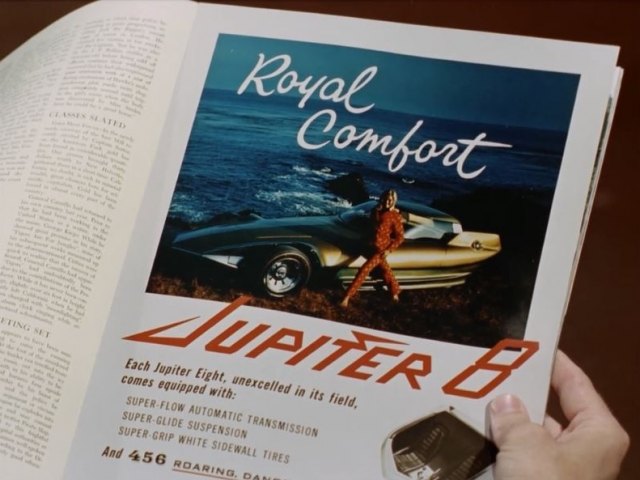 In the episode “Bread and Circuses” in the second season of the original series, the Enterprise visits a planet based on the Roman Empire, but with 20th-century technology. On this planet, there is a futuristic car called Jupiter 8. This car was actually a show car from the 1960s called The Reactor which was basically a 1956 Citroën DS chassis powered by a Chevrolet Corvair engine. The vehicle appears in an in episode television broadcast as well as a television advertisement. 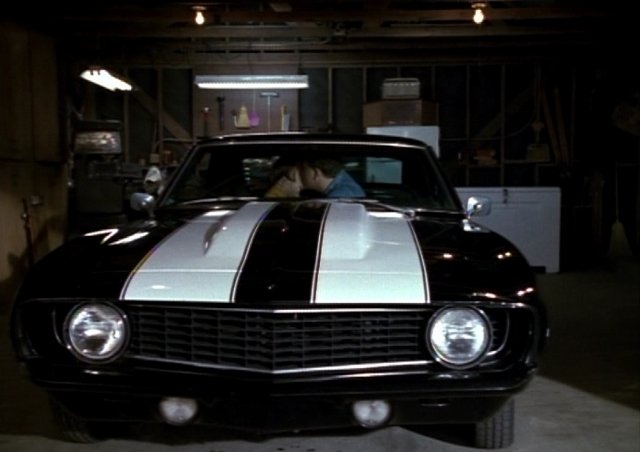 Voyager’s pilot, Tom Paris, is an aficionado of Earth’s history, and it is only fitting that he works on a special vehicle. In the episode “Vis a Vis,” from the fourth season, a 1969 Camaro plays a supporting actor. At the beginning of the episode, Paris works on the Camaro in a 1960s garage holodeck program instead of taking care of his medical study duties. At the end of the episode, he invites his future wife to spend a romantic evening in the car.

One of our favorite Star Trek cars has to be this Stingray driven by the most famous captain of all —Captain James Tiberius Kirk. In the first J.J. Abram’s reboot film “Star Trek 2009”, a young James T. Kirk dramatically steals the ’65 Corvette from his stepfather to drive it off the side of a cliff. True Trekkies know, thanks to a deleted scene, that the car actually belonged to his father, George Kirk, who died in the opening scene of the film.

So, as you can see, there are plenty of cool vehicles found in the Star Trek universe. “Star Trek: Voyager” seems to have been a hotbed for its vehicles, with several iconic models. “Star Trek: The Next Generation,” which debuted the holodeck, only got some love from a specially built off-road buggy.

And this list is just the start. We could have gone on to tell you about the blink-and-you-will-miss-it 2008 Aptera 2e in “Star Trek 2009” when Kirk chats with McCoy about the Kobayashi Maru test. Or there’s the 1967 Dodge Coronet in a particular Star Trek: The Original Series episode. The point is, the Star Trek universe is a car enthusiast gold mine if you know where to look. So keep your eyes peeled the next time you venture into the far reaches of outer space.