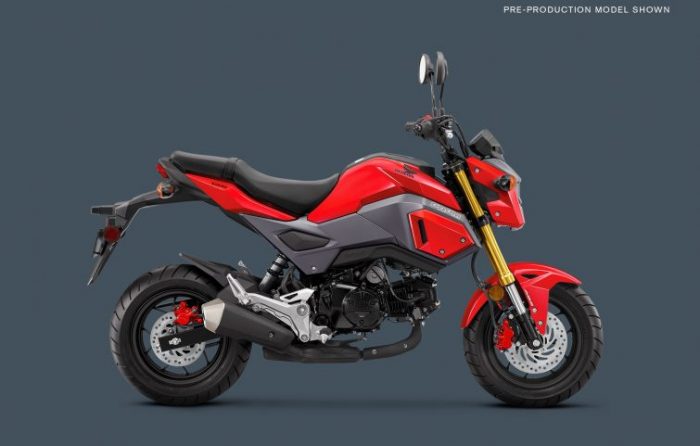 The United States will be receiving the 2018 Honda Grom, and while the little runner isn’t heavy on updates for the next model year, it does come with one rather interesting upgrade. For 2018, the MSX125 will pretty much be identical to the 2017 Honda Grom but with a couple of nice additions thrown in for good measure. The 2018 promises to be an awesome fun filled package for anyone who wants to take the world’s coolest little bike out for a spin.

Although it might be considered a little too small for everyone’s tastes, the Honda Grom is undoubtedly one of the most successful bikes released over the last few years. After it arrived on the scene back in 2013 as a 2014 model, more than 300,000 of these machines have been sold all over the world. Part of the Grom’s success is owed to its simplistic nature, incredible reliability, and overall fun factor. 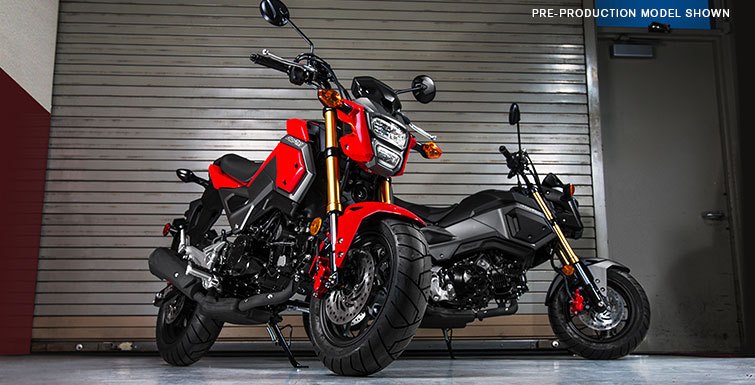 At the heart of the package there’s a pokey air-cooled 125cc motor that ticks all of the right boxes. It’s got enough guts to please a budget conscious commuter, it’s perfect for new riders, it’s small enough to be packed up and taken on larger trips, and it’s pretty fun for stunters, pocket racers, and anyone with a sense of adventure. 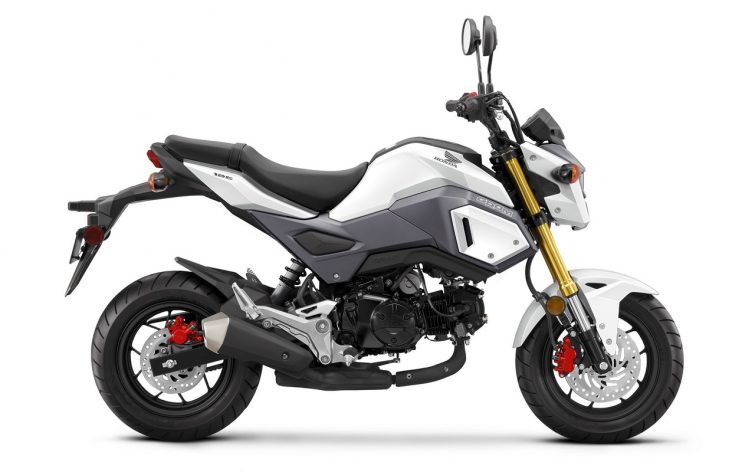 The only real significant change for 2018 over the 2017 Honda Grom, is the addition of an Anti-Lock Brakes option. ABS isn’t exactly a new thing for Honda, but the price of the optional extra has come down…and by a lot. In the past, if you were looking for an ABS option on any Honda, you were looking at having to fork out an additional $1000 and upwards. Luckily for the consumer, Honda have drastically dropped their prices for the ABS option, and now ABS packages start from as little as $300…of course, that figure all depends on what model you’re buying it for. 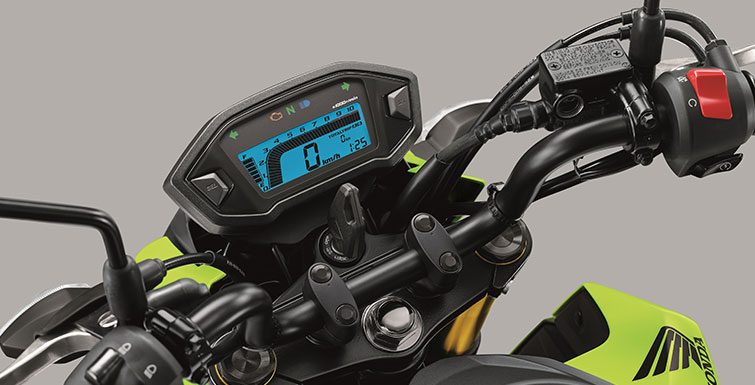 Apart from that, the 2018 Grom is exactly the same as the 2017 model. The bodywork remains the same, the color options are the same, and every minor detail is exactly the same as its predecessor. But that’s a GOOD thing. The lack of a significant update might appear a touch on the lazy side, but for the Grom: if it ain’t broke, don’t fix it. It’s already a winner, so we should thank Honda for leaving it well alone for 2018.

And What Parts Are The Same As The 2017 Honda Grom? 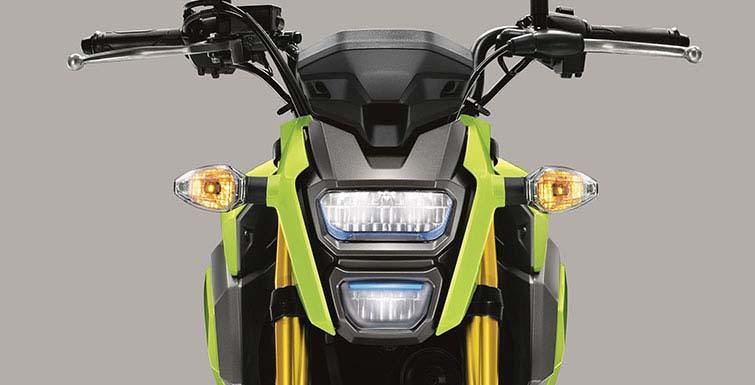 The Honda minibike boasts the same headlight, stepped seat, bodywork and muffler that the 2017 model was treated with, as well as the same 124.9cc air cooled, single cylinder engine with a four speed gearbox that’s capable of pushing out 10.9 Nm of torque and 9.79 hp. The suspension system relies on 31mm USD forks at the front and a monoshock arrangement at the rear. The brakes feature a 220 mm rotor with dual piston calipers at the front and a 190 mm disc and single piston caliper at the back. 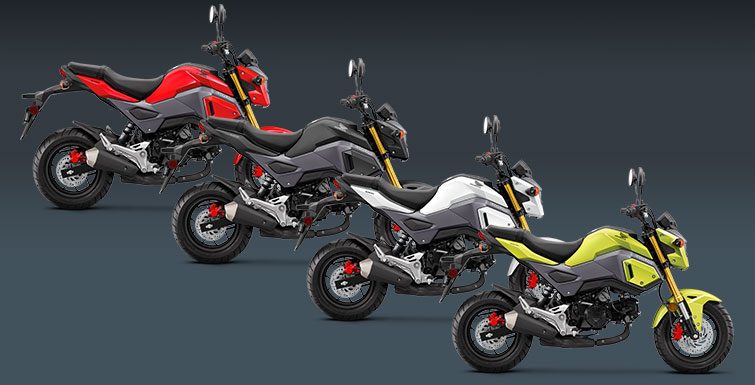 The 2018 Honda Grom will also come equipped with the same 5.5 liter fuel tank seen in previous versions, a kerb weight of 101.7 kg (224.2 lbs) and a claimed fuel economy of 134 MPG. The color options will be Pearl White, Matte Grey Metallic, Peal Red, and Bright Yellow. As for the cost… Last years model retailed for $3,299… but we expect that figure to go up for the 2018 Grom. We’ve got no official word on that, but we’ll update you as soon as we know. The 2018 Honda Grom is expected to arrive in US dealerships from August 2017.