Smart ForTwo, the tiny two-seat economy car with a motorcycle-like engine, are on the used smart car market for as little as $5,000. Here are a few ideas of what you can do with a used Smart, if you’re so inclined. 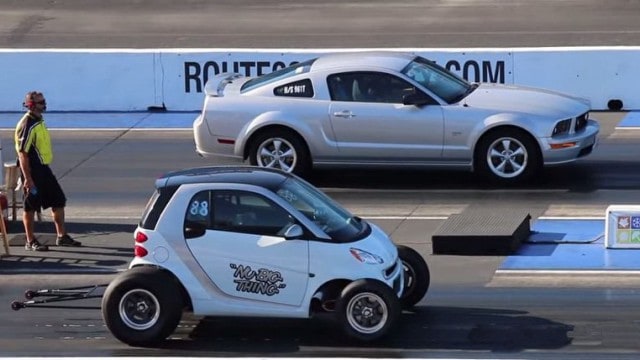 I’m certain you’re thinking what I did when I saw this picture: it has have been altered in PhotoShop. Actually it was altered by Mark Cryer drag racer in Illinois who pulled off the body and trashed the rest. Back under the body he installed a chrome moly tube frame chassis and a 462 cubic inch big block Chevy V-8 mounted in the front of the car, with a six-speed Jericho racing transmission and a Ford nine-inch rear axle. No wonder wheelstands come so easily. 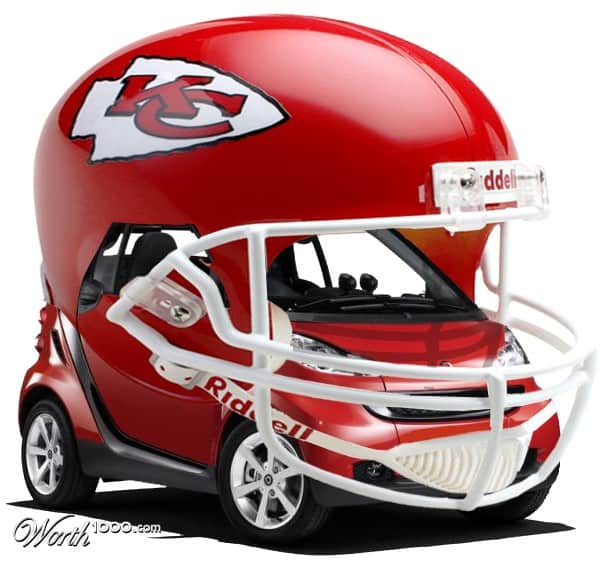 Say you own an NFL team (in which case you’d probably not be reading an article about used Smart Cars) and you’d like to step up from the usual golf cart based motorized giant helmet to something with a little more panache. What better choice could there be than a Smart Car? After all, with the weight of the helmet on top of the car, even the most aggressive driver could barely move above a crawl. 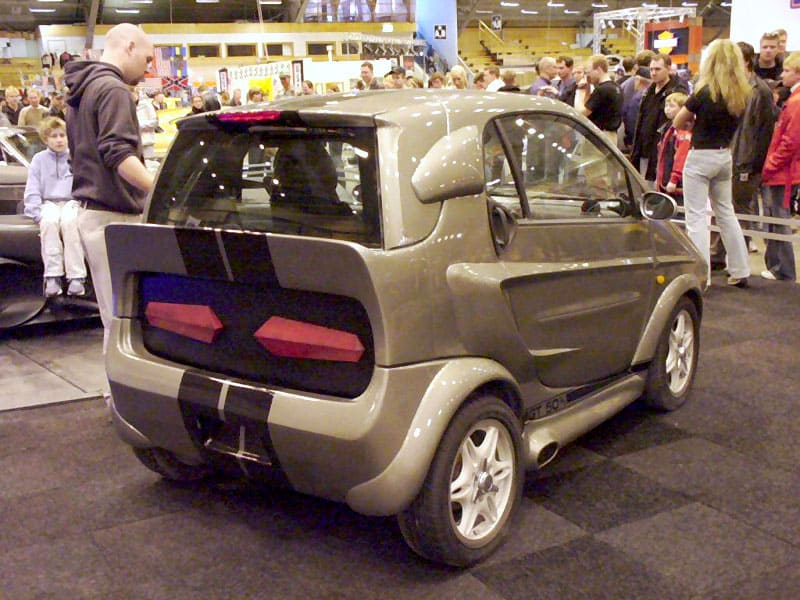 Love Eleanor in Gone in Sixty Seconds? Priced what a replica Eleanor would cost? Way above my budget. How about this: a Smart Car with an Eleanor body kit? Of course you’d have to rename the movie Gone in Sixty Minutes. The crazy thing is that I dropped this image into Google’s photo search and it came back with photos of the actual Eleanor. Unfortunately while it might fool Google, it’s highly unlikely any human would make such a mistake. 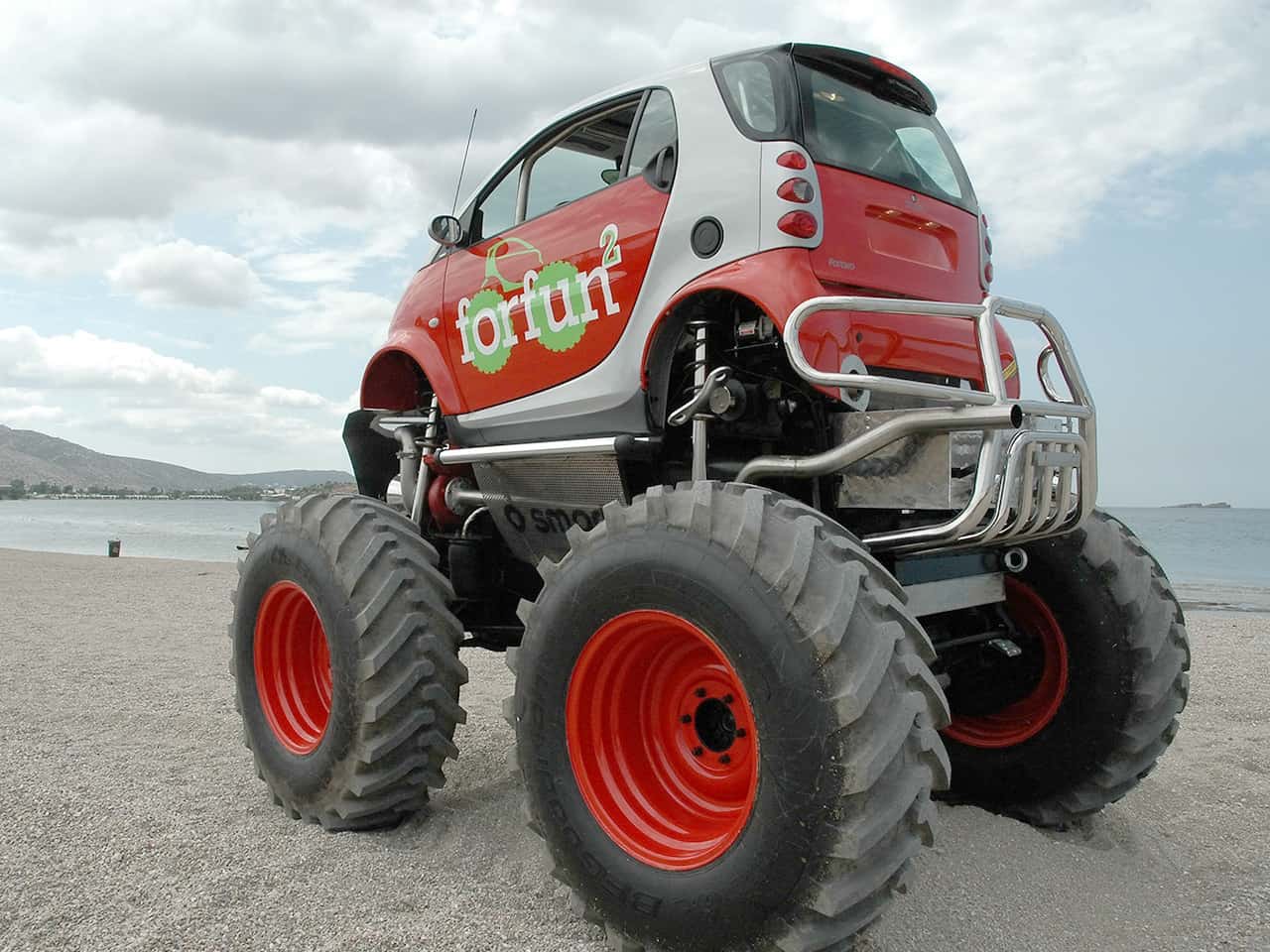 As a promotional stunt, Smart took the chassis from a Mercedes-Benz Unimog 437, chosen as Smart is a division of Daimler-Benz. The engine and transmission were taken directly from the Únimog, the power plant of choice was the OM 352, a 5.6 liter six-cylinder diesel engine. The OM 352 delivers only about 80 horsepower, but that’s twice of what a diesel Smart engine produces. The tires are mounted to  26 inch rims and provide an overall  a diameter of 55 inches! The tall tires help deliver ground clearance of 25 inches and an overall vehicle height of 12 feet. 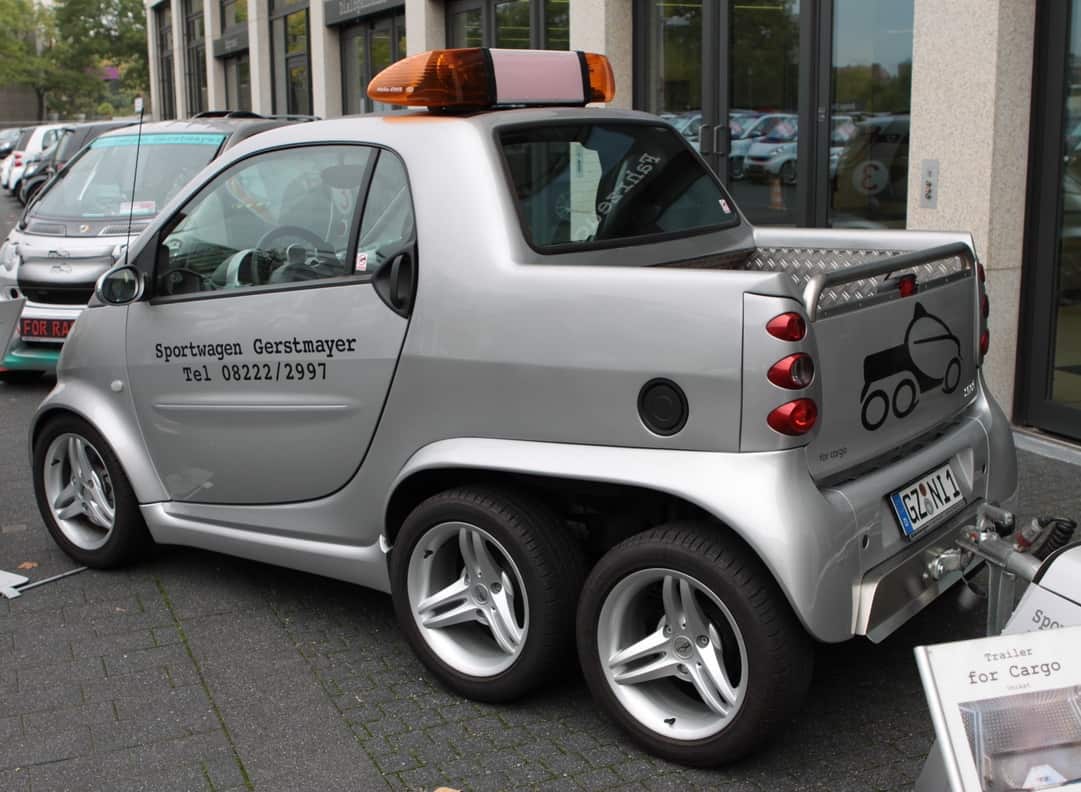 Sascha Gerstmayer, a tuner in Germany and a fan of trucks decided that the Smart ForTwo Car would make a good base for a three axle pickup, whatever might have given him that idea. Named ForCargo, construction took 2000 hours and cost about $75,000. Load capacity is 550 pounds and is fully street legal in Germany.


7 Costly Mistakes to Avoid With Buy Here Pay Here Cars
Ford Performance Parts Winch By Warn Now Available For Most ...
Volkswagen Golf Is Discontinued In The U.S. But Hot Hatches ...
10 Worst Cars Ever Made (And 10 Of The Most Unfairly Judged)
Best of 2019 Alfa Romeo
69 Pontiac GTO Resto-Mod