How to be serious about Scion?! They came onto the scene a while ago and kicked the market’s ass with trendy nice-looking boxy cars. However, they’ve somehow lost their ground on the market; from makers of cars loved by teens they’ve turned into a boring company. Yes, they have the FR-S, which is astonishing, but that is about it. At this year’s New York Auto Show they really tried hard to steal some of the visitors from other producers and attract them to their own stand. If you ever caught yourself reading their official press release for the new iA they’ve revealed in New York, you’d think that that car is an astonishing marvelous sedan with nothing less than the personality of Sean Connery. However, the thing doesn’t even have its own personality as it’s just a rebranded Mazda 2 sedan. Yes, it sounds a bit crazy, but this Toyota-owned brand uses a rebranded Mazda 2 production line in Mexico to build their newest small sedan which will hit the markets sometime this year. 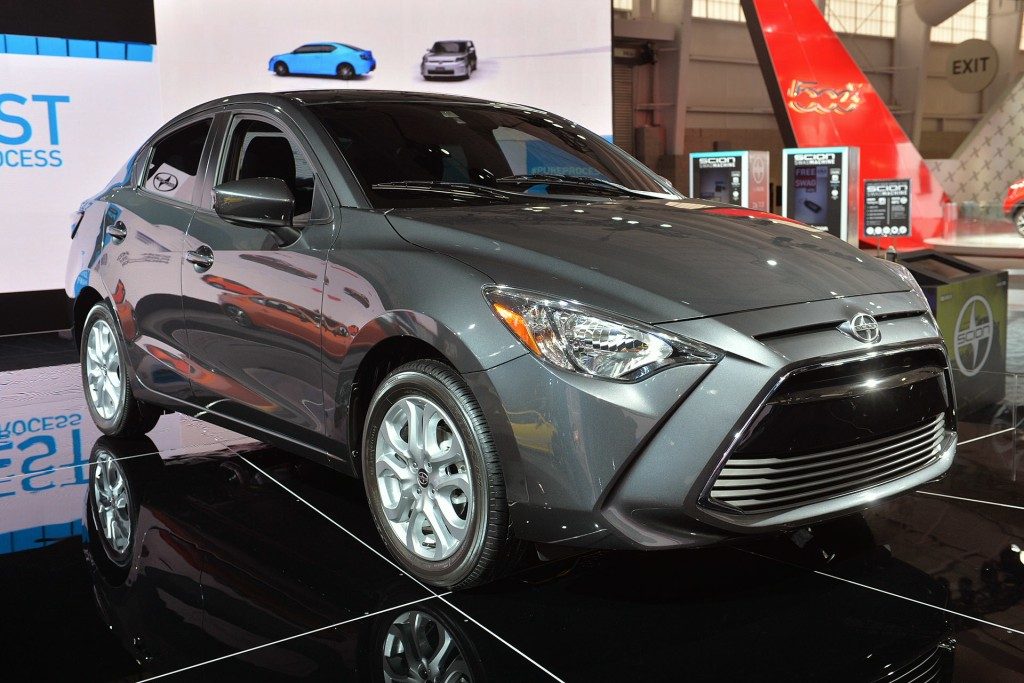 So, we aren’t actually excited about it, but we have to admit that Mazda builds rather interesting small cars and Toyota doesn’t (usually). So, Scion probably did the best thing it could when they searched for a car outside of Toyota to base its newest sedan upon. We don’t say that the 2016 Scion iA will be a blast to drive, but, honestly, it may turn out fine as it is based on the Mazda 2 – probably one of the most lovable small cars out there. 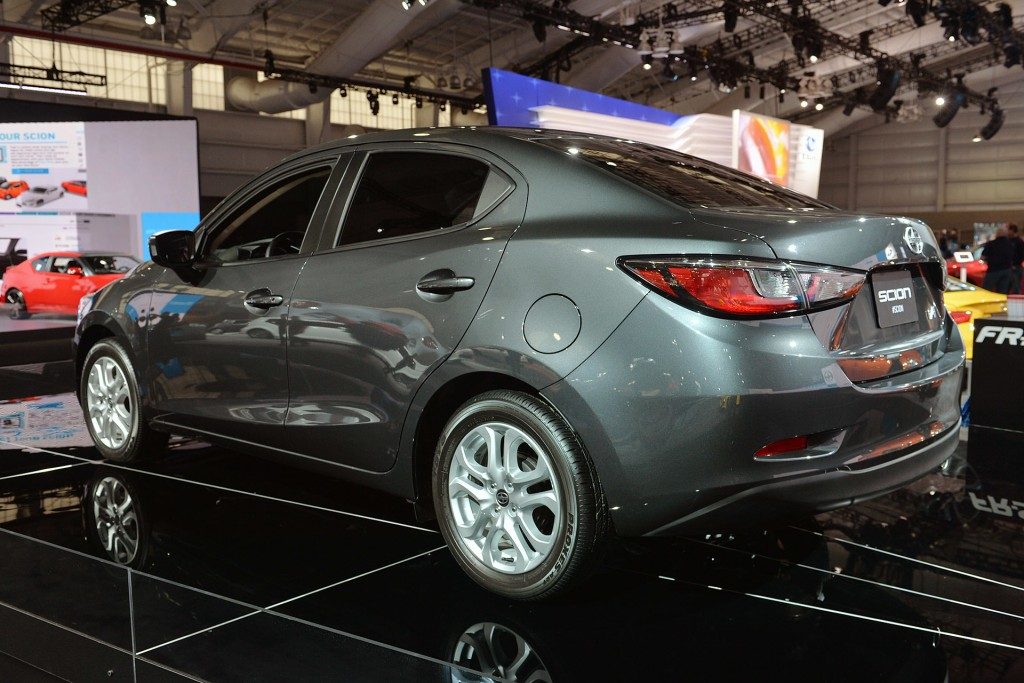 Now, the looks. Henrik Fisker himself wouldn’t create such an enormous grille if he was the designer – and that man likes his grilles. We understand that the Scion has to be fun, exciting, catchy and fun while still being cheap at the same time, but the enormous grill which could feed and cool a Rolls Royce V12 is simply overdoing it. If we were talking about a Scion iA turbo, well, that’s another story altogether. However, when you accept that the grill is something that makes a rally car of your Scion (and maybe adds a gazillion HP), then you may find this Scion to be funky. It seems it is too self-confident, but then again, at a starting price of somewhere around 16 grand, it deserves to be overconfident. 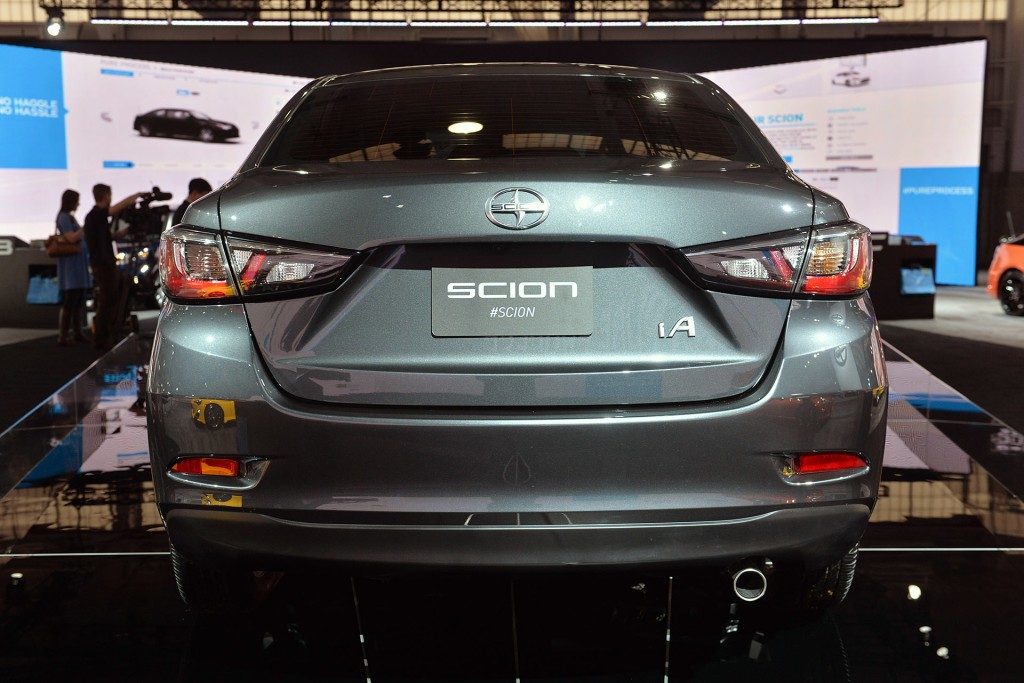 Apart from sourcing the rear end from the Mazda 2, the front end from the Ford Focus RS (you’d like that?) and the interior from the “blackest black” Mazda 2 cabin, the 2016 Scion iA just took over the Mazda 2 engine. With a 1.5 liter displacement and nothing like a supercharger or a turbocharger, this engine develops 106 HP (about that Scion iA turbo, though…). It is enough to move this car around and it is not enough to make the Scion iA a fun car except in Europe where this car (if it existed there) would be powered by a 75 HP engine and the version with 106 HP would get the name of GT, Sport or something. Either that or we’d actually see a Scion iA turbo with a 1.6L turbo four-banger making something like 160 hp. *sigh* We can dream, I suppose. 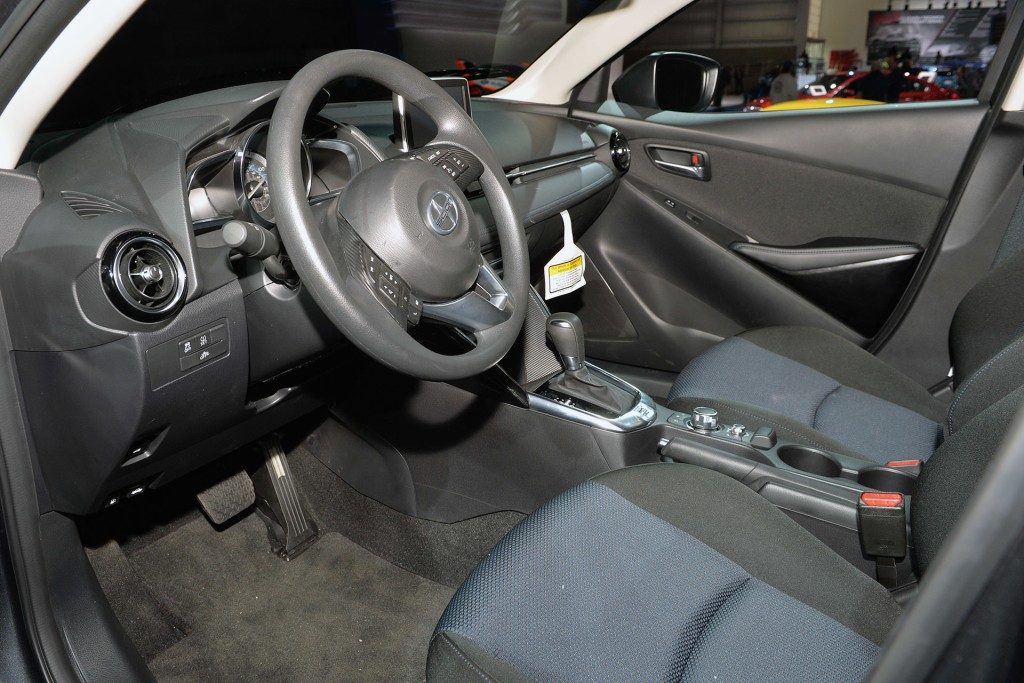 So, we have a new Toyota built in Mexico using the Mazda platform called the Scion. Great! Actually, we love it for that and hope that Scion will offer it sometime with a bit more powerful engine (even though that is not very likely). For now, excitement might be provided only by the rather nice equipment such as keyless entry, start button, rearview camera, and other equipment that is not yet standard in the city car segment. 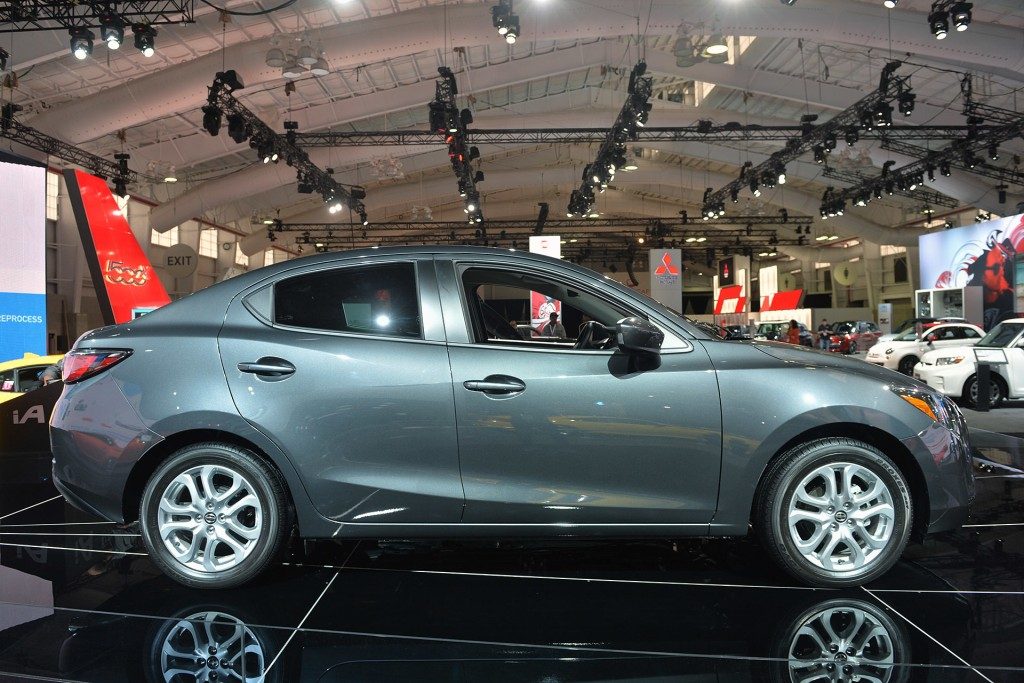 If you can get over the whole Toyota-Scion-Mazda thing and the fact that it isn’t as cool as the Scion iM which is actually a Toyota Corolla or the Scion FR-S which is actually a Subaru BRZ AND a Toyota 86, this might actually make for a decent Ford Fiesta replacement. If not, might we one last time suggest a Scion iA Turbo? No? Well, we tried.