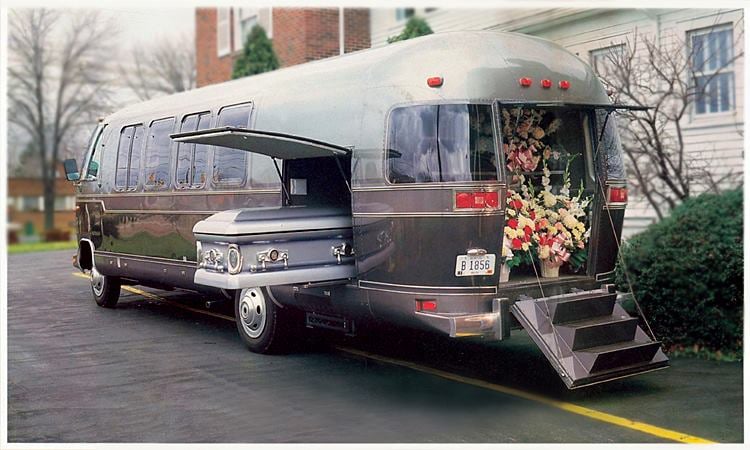 Summer may be just around the corner, but what if you’re an eccentric soul seeking an Airstream to haul around a slice of Halloween no matter where you go? If this sounds like you, put on your best black eyeliner, gothic robe, and make the journey to Facebook Marketplace to check out this customized Airstream Funeral Coach that has been converted into perhaps the creepiest escape room we have ever seen.

What Makes This Rare & Sinister Ride Stand Out? 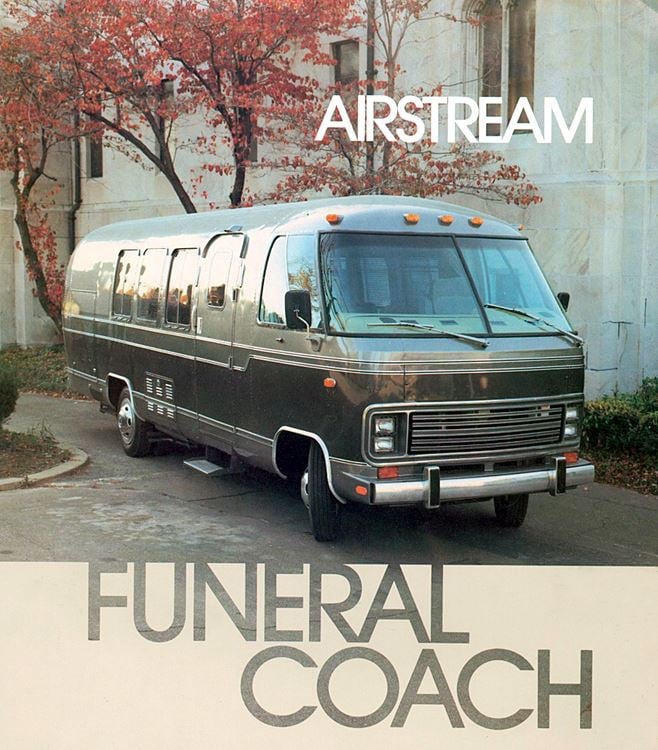 Before it was transformed into the scariest escape room on wheels, this particular rig started life as a 1982 Airstream Excella 200 Funeral Coach. As the name implies, this particular creation was designed to haul the deceased along with their large family and assorted accessories typically required for a final service.

In addition to its morbid role, the Airstream Funeral Coach was also part of a broader attempt by Airstream executives to breathe new life into sales of the firm’s Class A motorhome lineup, which launched with epically bad timing in the mid-1970s (during a recession and the accompanying gas crisis.)

Part of the plan involved expanding into the vehicle customization business with Airstream making custom motorhome conversions for select niche sectors of the market. In the case of the Airstream Funeral Coach, that meant targeting funeral homes that were looking for a way to reduce the size of a funeral procession while also offering families a chance to ride with their loved one to the cemetery. 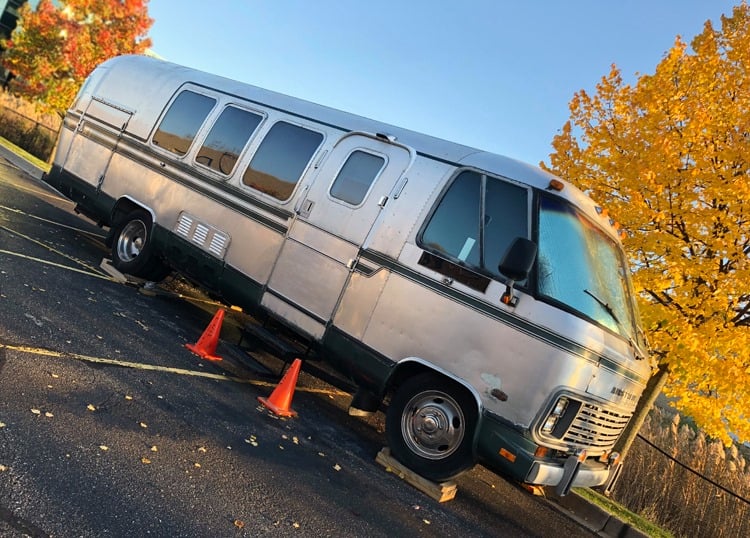 The Airstream Funeral Coach in its stock form could transport up to 14 family members either in individual seating or on a wrap-around couch. The rear hatch could haul large flower arrangements, while the deceased’s casket was kept in a discrete side hatch. Demand for these demonic beasts was low, with Airstream producing only 32 Funeral Coaches from 1981 to 1991 when production at the factory finally ceased.

The Escape Room of Your Dreams … or Nightmares 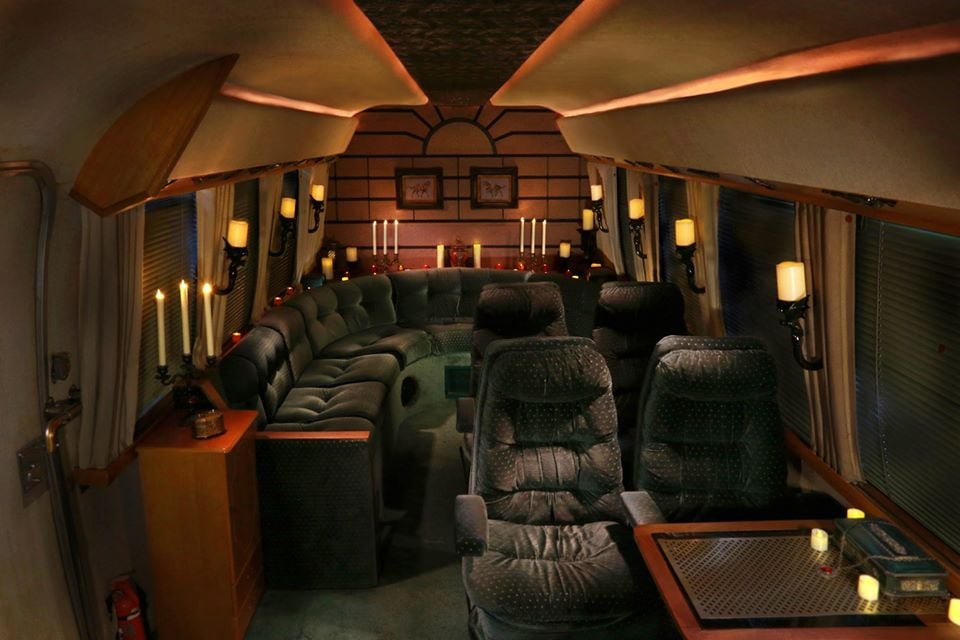 This particular Airstream Funeral Coach was converted into a mobile escape room by Michigan-based Escape Room Studios. The business transformed the interior into a vampire-themed room filled with crimson decorations and plenty of black trim. Dubbed Vampire’s Lair, the cabin can hold up to six players who have 40 minutes to escape the Airstream before a fictional vampire wakes up and transforms them all into scary creatures of the night. 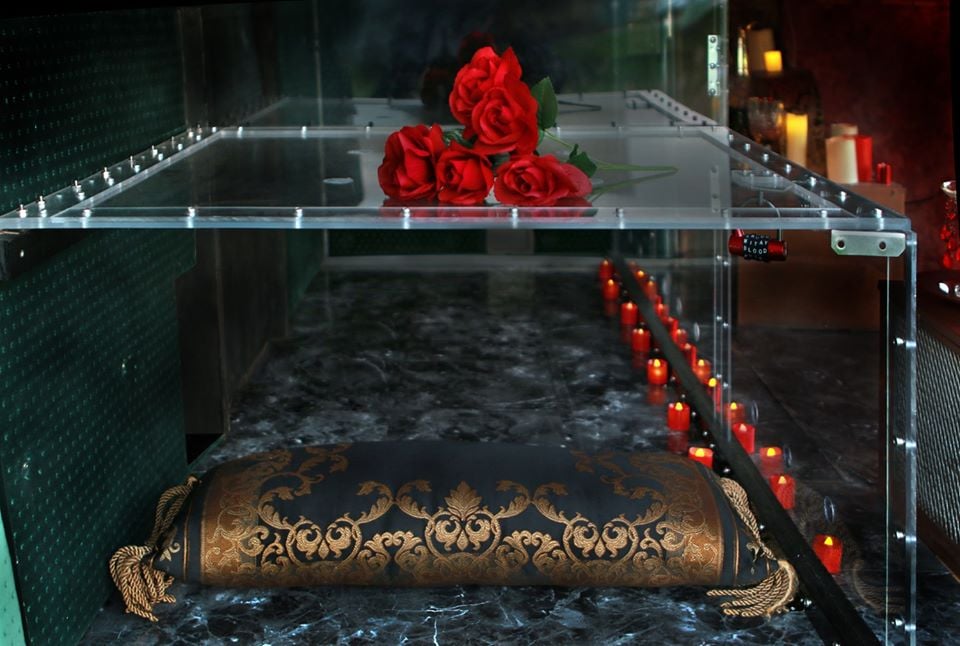 According to the advertisement, the RV’s engine is currently inoperable. However, all the props used in the escape room’s various logic puzzles are functional, and that includes the coffin that participants must crawl through at the end to escape the room (we’re not joking). Though the thought of crawling through a casket might seem too scary for most people, we suspect those reservations are rapidly pushed to the wayside when trying to complete the escape room challenge in the time allowed.

So How Much Does All This Fun Cost?

If the idea of your very own mobile haunted house/escape room sounds like your cup of tea, be prepared to pay accordingly for the privilege of impressing your friends. The seller is currently listing the customized RV on Facebook Marketplace for $50,000. That’s a bit less than the original MSRP of $85,000 that Airstream asked for the Funeral Coach in 1982 dollars, but we’ll admit that not having a running engine makes us question the seller on this particular figure.

However, if you have the means to fix it (or the trailer large enough to haul it around), this spooky RV will do a good job of making you the life of the party. It might also make your neighbors wonder about your priorities, especially when you and your crew come crawling out of the coffin.

At the moment, the Airstream Funeral Coach does have a pending sale in place, but it’s still for sale according to Facebook’s guidelines, so act quickly if you want to snatch up this creepy piece of automotive art.


15 of the Best Used SUVs Under $10k
Experience The Lexus Performance Driving School at Laguna Se...
The Top 60 Seldom-Seen Rare Cars in the World
The Best Jeep Engines And Weirdest Factory Motors Ever Produ...
HPE1000 Hennessey Trackhawk 0-60 Clocked at 2.7 Seconds
The Best Used Cars Under $15,000