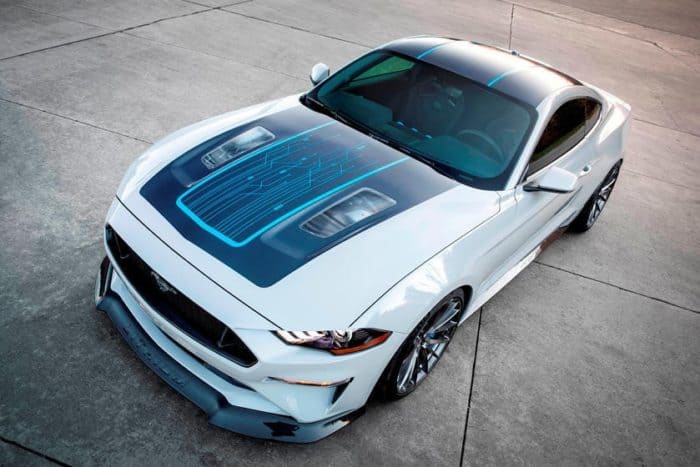 2020 may be the year all-electric muscle steals the show at SEMA. While the buzz around electric performance –even off-road– is cranked to 11, the cars themselves sound more like suffocating shop vacs. Not a sound you’d associate with “American muscle.” The symphony of burbling exhaust notes, smoking rubber, the smell of high-octane fuel, and the thought of lots of ponies under the hood is intoxicating to us motorheads. While we crave those traditional sights, sounds, and ideas of performance, an electric crate motor is looking is probably the right answer – or soon will be.

Beyond the sights and sounds of automotive bliss, we also love to go fast. Electric drive done right has the potential to squeeze even more torque and performance into the muscle cars we know and love. While 2019 was the first year that several major OEMs showcased electric-powered prototypes, it was just the latest step in the EV performance revolution. Let’s explore these record-setting state-of-the-art concepts, and then check out the electric crate motors that you can buy today.

The Most Powerful Pony Car

The “Mustang Lithium” (seen above) debyted at SEMA 2019 is a sixth-generation ‘stang that can lay down 900 hp. That is, if you can keep the tires from smoking with the 1,000 ft-lb of torque on tap. Featuring twin axial flux motors, the powertrain was developed by EVDrive of Portland, Oregon. Its lithium battery packs can deliver more than 1 megawatt of power. This is the electric Ford should have brought, not a crossover utility vehicle with a pony badge. 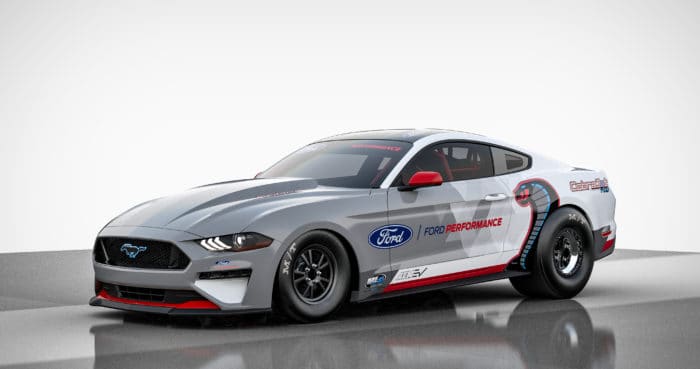 The Mustang Lithium briefly held the title of “most powerful Mustang ever,” until April when Ford released the insane Ford Mustang Cobra Jet 1400 concept car, with 1,400 hp. While the Mustang Lithium shows us a picture of the EV Mustang future for the street, the Cobra Jet is a cold-blooded drag-strip dominator that we can’t wait to see in action. 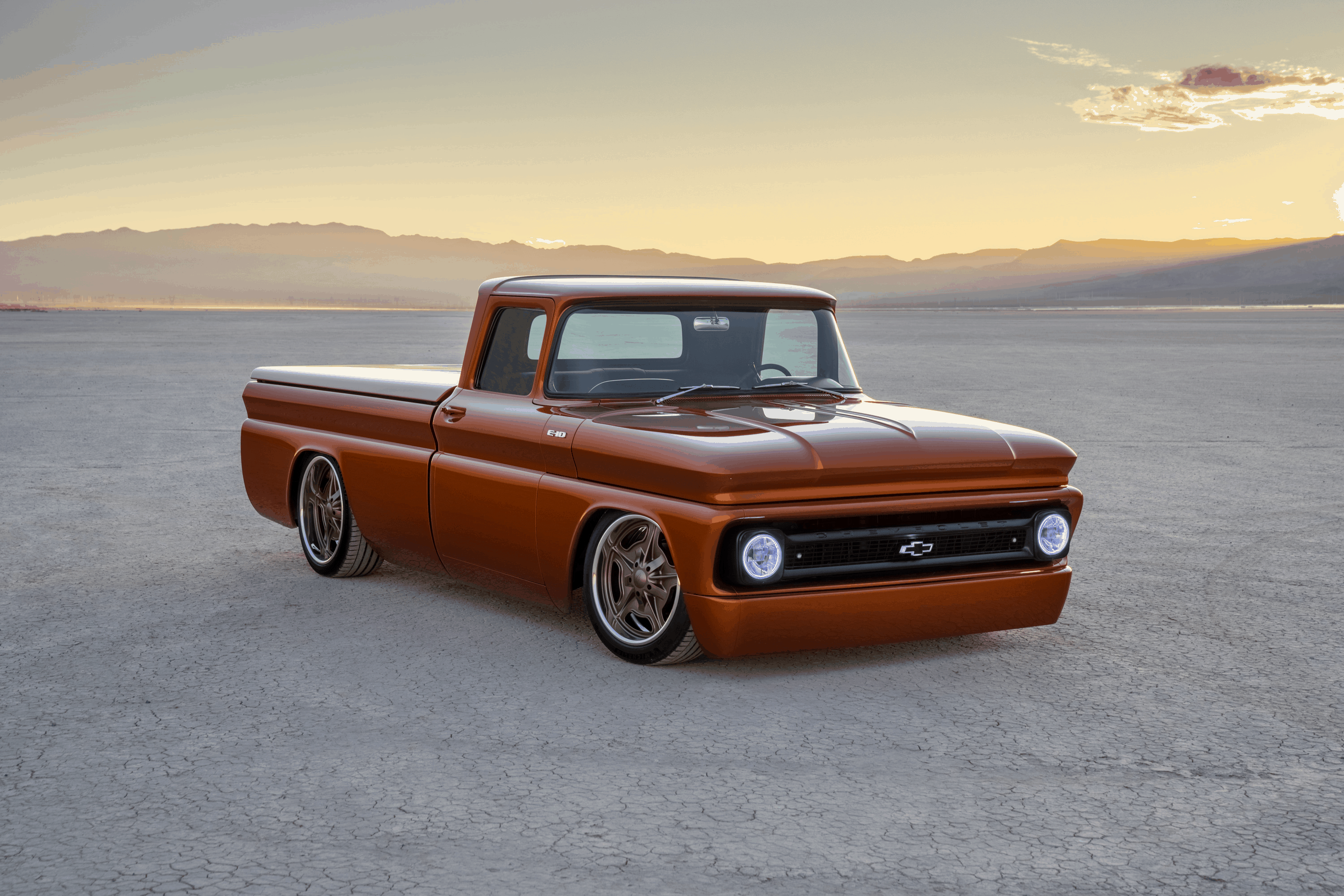 GM went retro and wowed us with a slammed 1962 electric pickup at SEMA 2019. The E-10 is 100% Chevrolet inside and out. It features GM’s eCrate motor concept, which is a modular electric propulsion system that leverages the Chevy Bolt motor/drive unit. The E-10 uses two drive units for a “double-stack.” Need more torque? Just stack on another module. You can’t do that with a traditional GM crate motor! 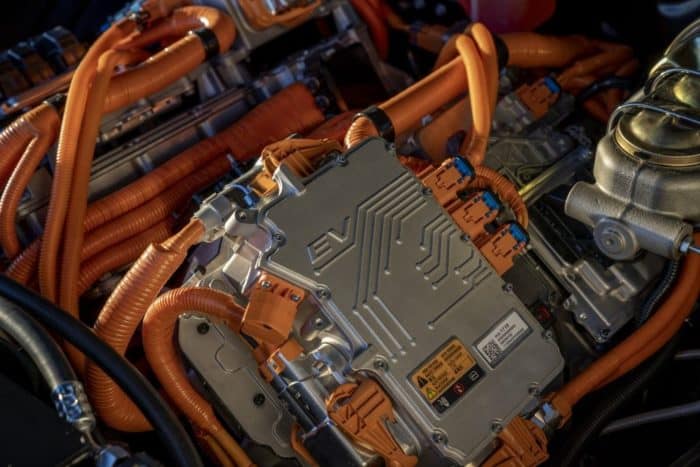 These eCrate units combine motor, controller, cooling, and power management. This eliminates the headaches of EV conversions and parts compatibility. We are still waiting for the eCrate to show up in the GM Performance catalog, but fear-not impatient reader. Drop-in electric crate motor systems are already here, just BYOB (bring your own battery). 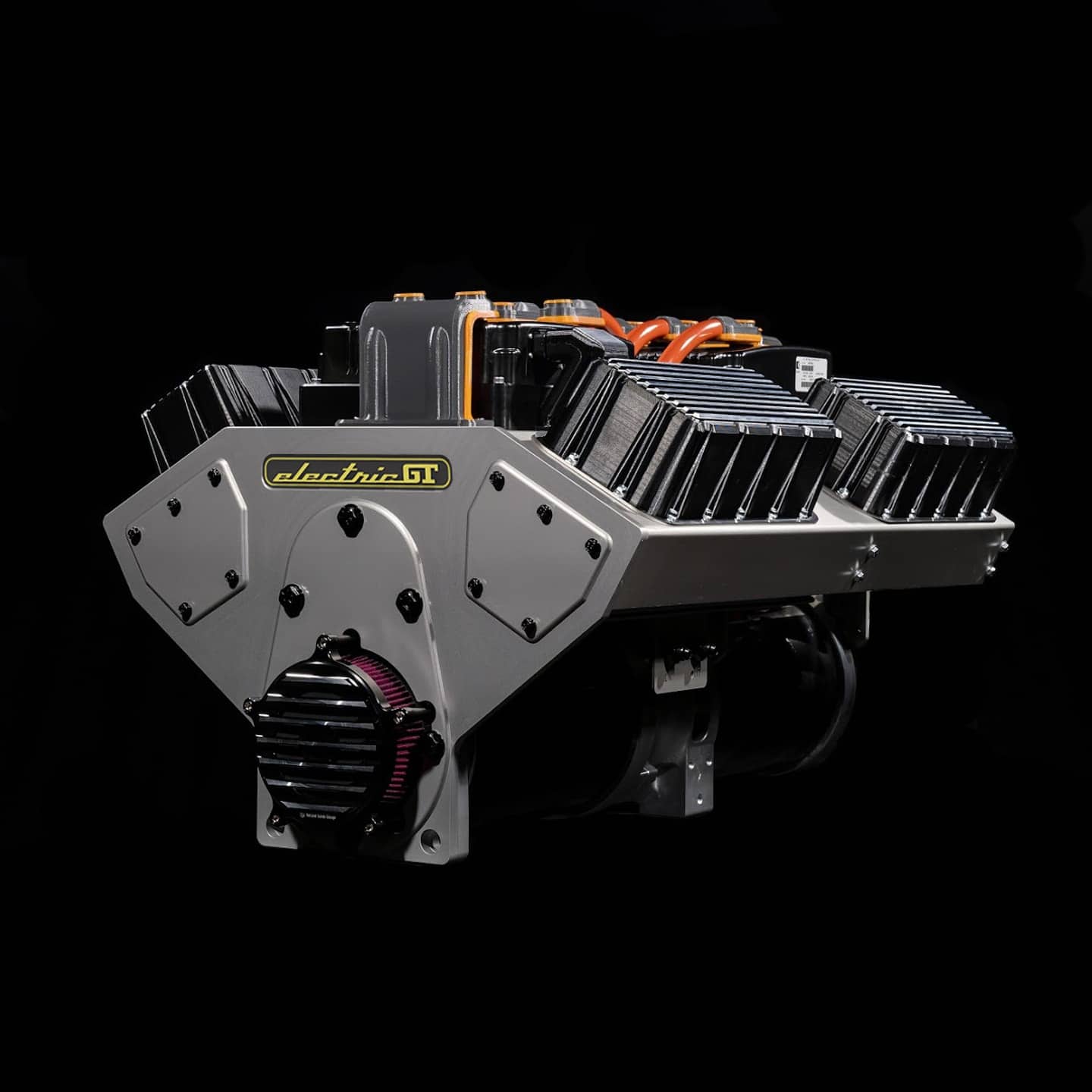 Electric GT is a California-based startup that is ready to ship you their GTe-Motor Block. The GTe wins for style. At first glance, it could be mistaken for a classic long-block. The Electric GT team has done a stunning job of taking quality off-the-shelf components and delivering a well-tuned assembly. Their GTe-353 electric motor block will kick out 260 hp and 350 ft.-lbs. of torque. That is, if you can stomach the $59,999.00 price tag. High fashion doesn’t come cheap! 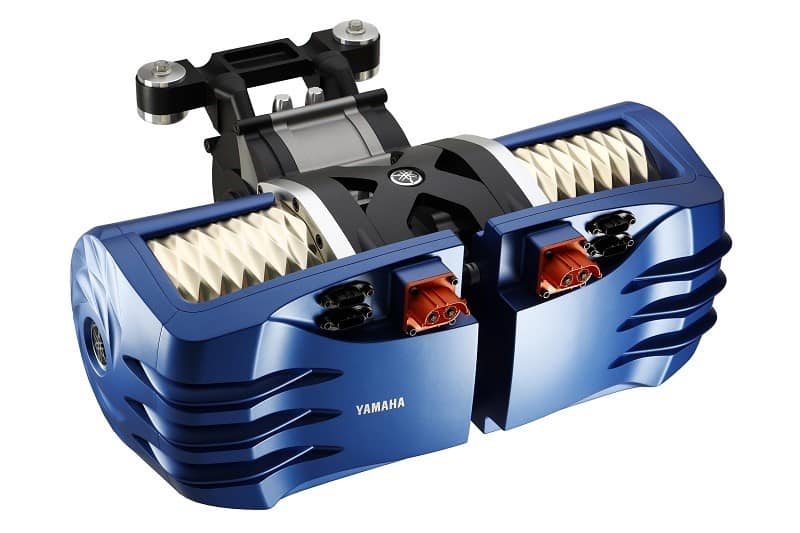 The Yamaha group surprised us this year with drop-in electric propulsion units that aren’t just for motorcycles. The 200kW (270 hp) unit shown here would make a rocketship out of a lightweight chassis. No word yet on price, but Yamaha is “taking orders.” 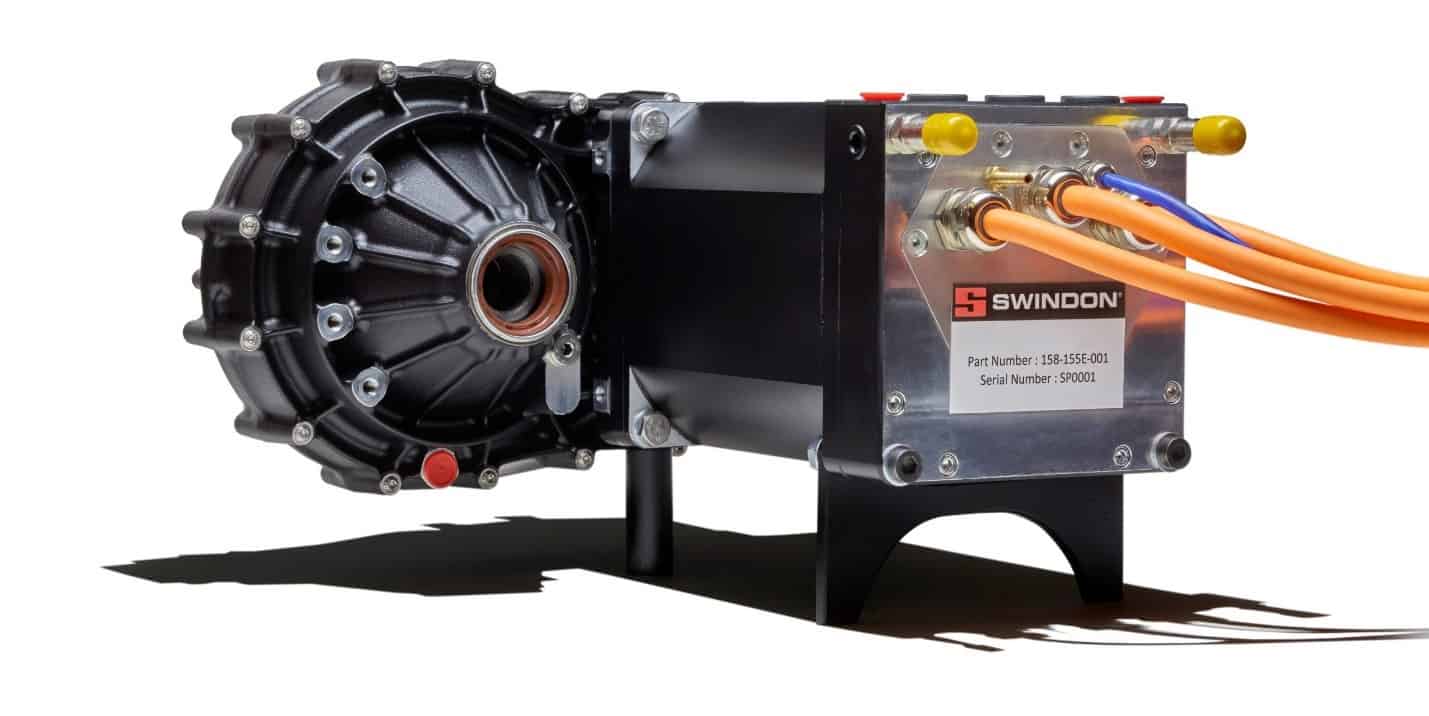 The UK’s Swindon Engineering group just opened orders for its new HPD drive unit. The HPD isn’t as flashy under the hood as other options. But the compact drive puts out a reasonable 80kW (hp) and 136Nm of torque without breaking the bank. About $8,700 USD will get you a compact motor drive with gear reduction, though unlike the other offerings, that price doesn’t include the controller. You’ll need to pony up another $4-5K to get rolling, and that’s before you start talking battery packs. So $14,000 plus batteries for 80 HP isn’t exactly in line with gas-powered crate-motors, yet. 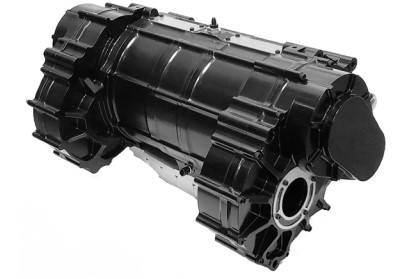 If money is no object, and you want the best engineering on the market, give Cascadia Motion a call. It’s the brains behind some of the fastest race machines on the planet. Cascadia Motion offers some impressive high-performance electric motorsports solutions. The DSG-250-090 shown here delivers nearly 700kW (hp) and 8000Nm of instant torque. 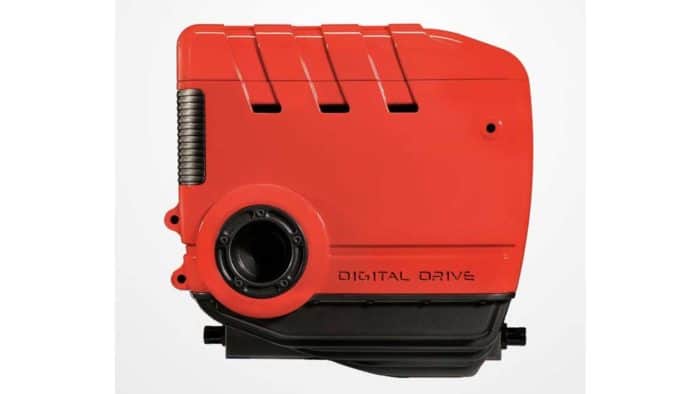 A decade ago you would have found me pushing pixels in CAD while the demanding designer Michael Czysz cursed my name for my engineering inadequacies. At the time, we were releasing the D1 drive. It was an integrated drive system that leveraged our race-winning powertrain experience. The D1 featured 75 kW, adjustable gear ratios, integrated cooling, and an easy interface, all in a compact package. 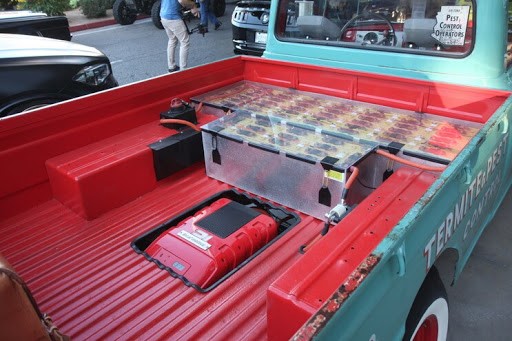 The D1 may well have been ahead of its time. The Local Motors group years later purchased the rights to produce it. While the D1 featured briefly at SEMA 2014, it has not been seen since. 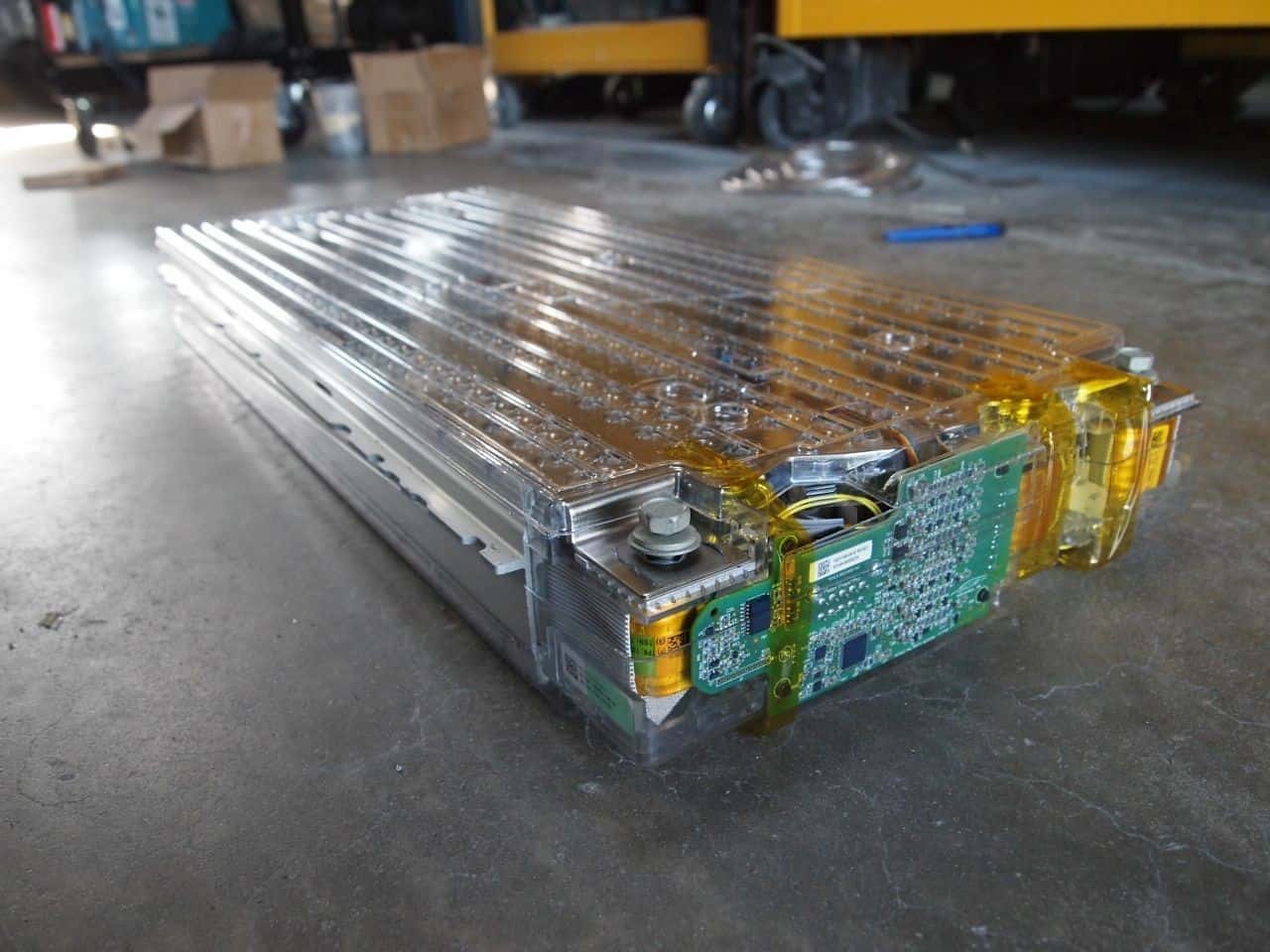 If you’re still reading at this point, you’re probably wondering; “yeah, but what about batteries?” Great question, as batteries are often the largest and most expensive part of any EV conversion. The good news is that battery prices have fallen 87% in the past 10-years. You can often find perfectly good cell modules from wrecked EVs (Tesla Model S packs are a popular choice). Depending on how far and how fast you want to go, you can get by with as little as $5,000 in battery modules.

If you want to burn some rubber and some greenbacks, custom battery suppliers like EvDrive and Xing Mobility can deliver a high-performance pack to your specification. In either case, you’ll need to keep your pack protected with a BMS, or “Battery Management System.” The BMS acts like a babysitter. It will give you a warning if any of the cells are misbehaving. BMS is a must-have for lithium packs to prevent expensive (and potentially explosive) failure. 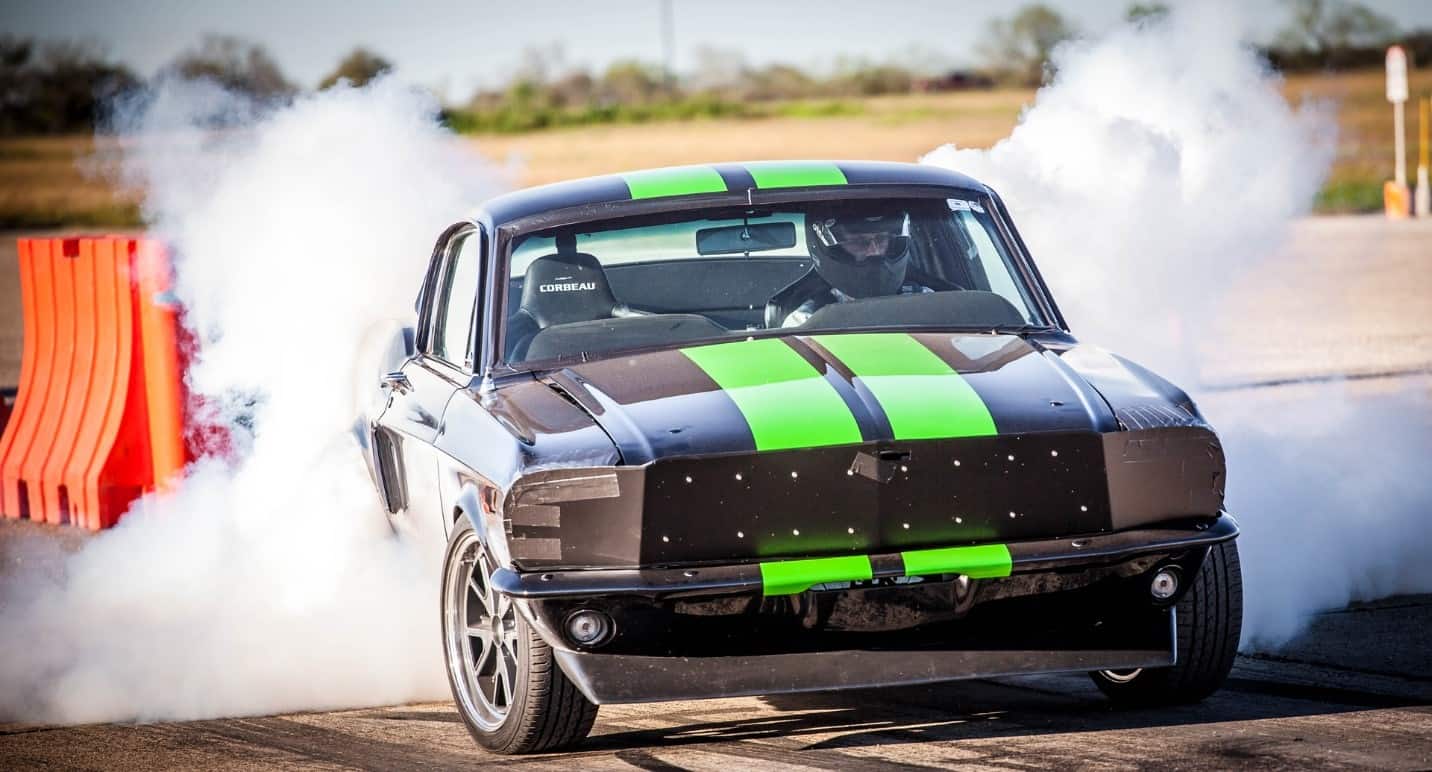 To complete your electric crate motor conversion you’ll want to spec a charger, a DC-DC converter to run your 12V systems, proper fuses and relays, a digital throttle, a new display, and a vehicle control unit to act as the brains of the operation. If it sounds like a lot, it is. And this is the bare minimum. But If you’re comfortable around high voltage there’s a ton of YouTube content to guide you. EvWest is easily the most prolific, but if you want to get your inner-geek on, head over to EVTV Motor Verks.

There are a handful of professional outfits in the US that offer full-service performance conversions. If you go this full-service route you should expect to pay out six-figures for the job. If it were my muscle car, I’d trust it to John Wayland at Bloodshed Motor Works in Austin Texas.

Conversion projects can be really rewarding, as they are the best way to learn about electric drive systems. As with any vehicle, custom high-performance parts come with a high price tag. Also, EVs currently only make up less than 2% of new vehicle sales. This means that you don’t get the economies of scale you get with gasoline power train components. The Chevy small-block for instance is now over 60 years old, with more than one million units sold.

Quantities drive cost. Thankfully global demand for EVs is on the rise and there are more options every day. This is true for new EVs as well as electric crate motor conversion options. The next 10 years will no doubt move at an even faster pace.

One day soon electric will be the cheaper path to horsepower. What chassis is at the top of your electric crate motor dream list?