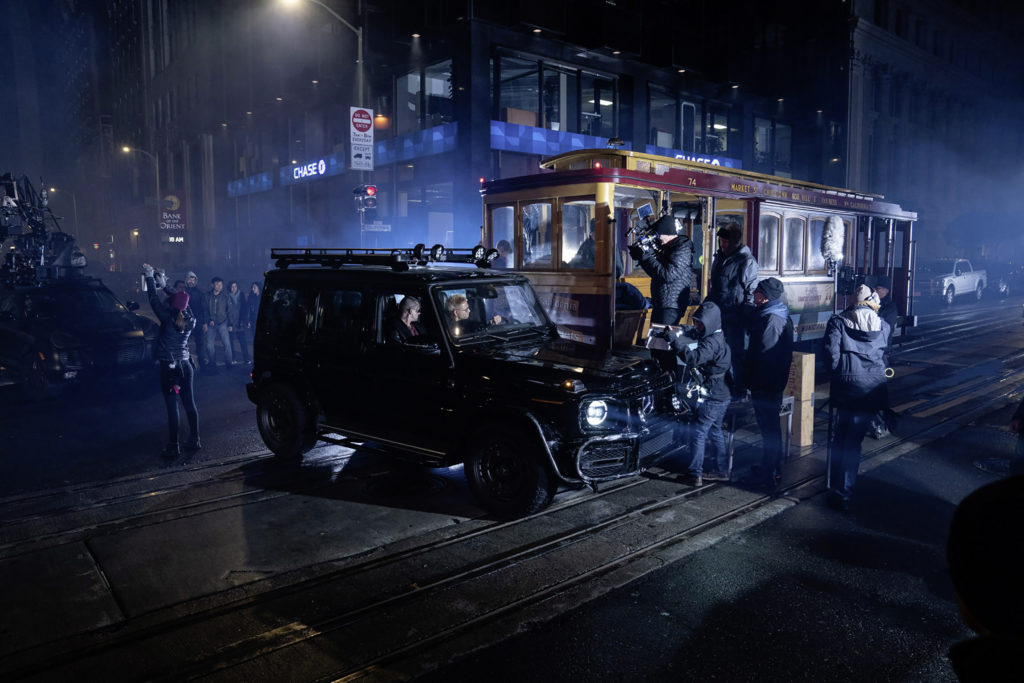 On December 18, stars, media, and fans gathered at the Castro Theatre in San Francisco to celebrate the fourth installment in the “Matrix” series. But “The Matrix: Resurrections” wasn’t alone in making its red-carpet debut — a 2022 Mercedes-AMG G 63 was there, too.

To commemorate the occasion the luxury off-roader was encased in a bus-sized red pill. “The G-Class and the red pill go very well together. Both stand for freedom, individuality, and self-determination,” said Dr. Emmerich Schiller, who heads Mercedes-Benz G GmbH and the off-road division at Mercedes-Benz AG.

In today’s North American car market, the G-Class is a rare sight to behold, which is partly because the market for used Mercedes G-Wagons is, according to our editor, “insane right now!” It’s also very much to do with the fact that, in a sweeping move over the summer, the German automaker halted V-8s headed for the North American market in the 2022 model year. New V-8s now only make it to the US via Mercedes if they’re under the hood of an S-Class.

There’s not a lot of information out there on whether or not Mercedes will offer its 2022 G-Class SUVs without a V-8. And mbusa.com indicates that only 2021 models are available for both the G 550 ($131,750) and AMG G 63 ($156,450). Note that those prices don’t include the insane dealer markup/market adjustment costs that you’re sure to run into when trying to buy one.

It appears that, at least in the States, Warner Bros. and folks with the right connections can wrangle the 2022 Mercedes AMG G 63. It also looks like the latest G-Wagon will be a reality, but barely, both in and out of the film, for North Americans. It will no doubt look good doing it though!

Check out the 2022 G-Wagon for yourself in the new Matrix Resurrections movie, in U.S. theaters starting this Wednesday, Dec. 22, and available to stream on HBO Max until Jan. 22.


Rebelle Rally Amps Up Competition With Electric Vehicles
A New American Hypercar Is Born: Hennessey Venom F5
Rolls-Royce Does it Your Way, Announces That Coachbuilding i...
Kimera EVO37 Reimagines One of Rally's Greatest Shapes
Lambo Hooning & Paragliding Combine To Showcase Urus SUV's A...
The Best 2020 Cars Nissan Has to Offer