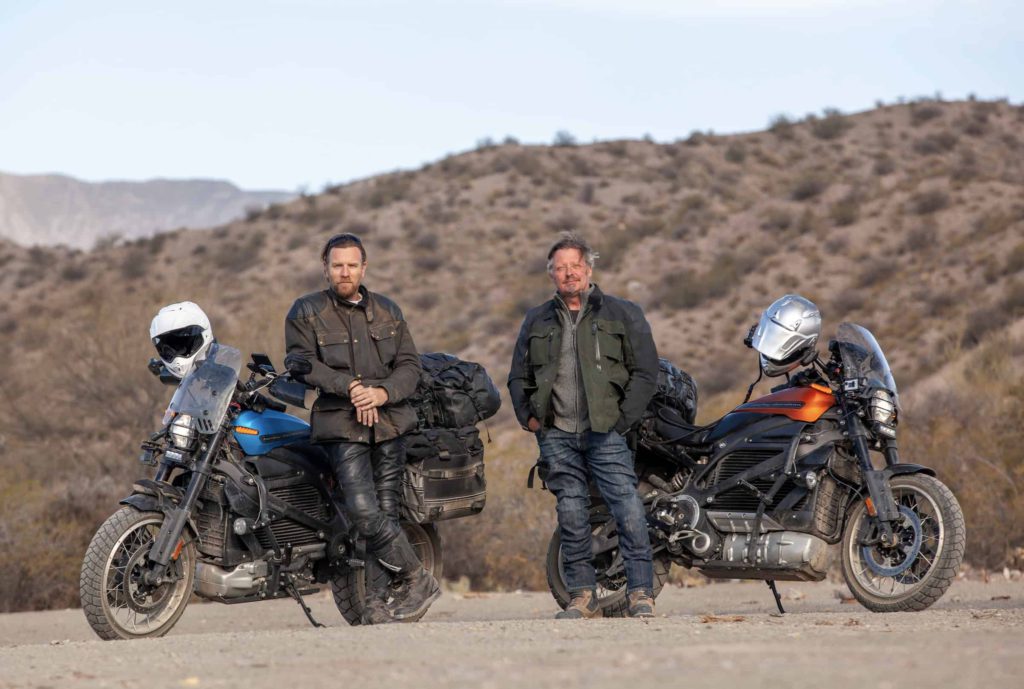 Famous Hollywood movie star Ewan McGregor and his long time travel buddy Charley Boorman have once again completed an epic overland journey by motorcycle. Of course, they once again had their film crew along for the adventure. The “Long Way Up” unscripted documentary video series debuts September 18th on Apple TV+.

This adventure was different, however, as it was completed with electric vehicles. The two stars of the show rode Harley-Davidson LiveWire motorcycles while the support and film crews followed in two Rivian R1T pickups.

McGregor and Boorman are best known by motorcycle and travel fans alike for their “Long Way Round” and “Long Way Down” documentary series. Those big overland trips took the duo across spectacular scenery and into hilarious interactions with locals atop their big BMW GS adventure motorcycles.

The forthcoming “Long Way Up” sees McGregor and Boorman atop modified Harley-Davidson LiveWire electric motorcycles. The trip from Ushuaia, Argentina to Los Angles covered some 13,000 miles and 13 countries. It took the duo, along with their film crew in Rivian electric pickups, 100 days to complete the journey.

As you’d expect, recharging the vehicles is what slowed the pace of the adventure a good bit. That’s all good, however, as overland travel is about the journey and not the destination.

Get Inspired, Do It Yourself

Let this charismatic dynamic travel duo inspire you by watching the Apple TV+ documentary series. The Long Way Up series starts September 18th, with the first three episodes premiering globally. Expect the rest of the series to come out one episode a week after that.

The coolest part about this whole thing, Rivian built charging stations the entire way in order to make the trip a reality. What that means for you, is that if you wanted to retrace McGregor and Boorman’s path yourself by electric vehicle you could. Roadtrip anyone?


The 1000-hp Bisimoto Honda Odyssey Will Be Available At Mecu...
All BRP Powersports Products To Be Offered With Electric Pow...
Do You Call This Overlanding? The HISTORY Channel Does
Best of 2019 Mazda
Gaia GPS Pairs with Android Auto for Improved Backcountry Na...
Can $5K really buy you a new car? Meet The Made-in-China Ka...