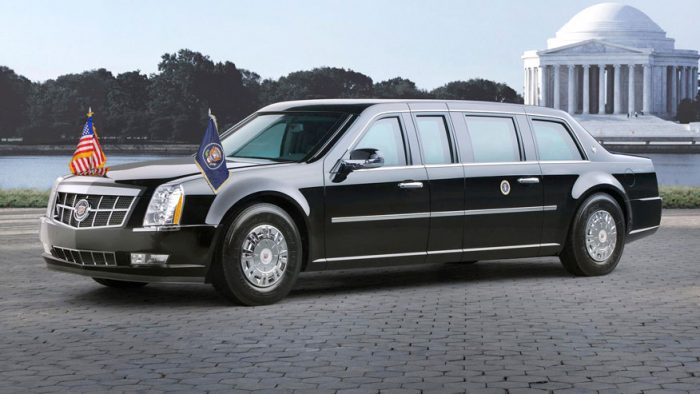 There are many nicknames of the official limo of the President of the United States, from Cadillac One to First Car. Still, the limo is probably the most known as the Beast. The current version was introduced in 2009 and Barrack Obama was the only President to use it so far. Here are a couple of the Beast car facts that you probably didn’t know. If you did, you’re probably a secret agent, then.

It’s the Safest Ride on the Planet

The Beast is made of metals like aluminum and steel, which are often used in car production. However, the Presidential limo also uses titanium and ceramics. There’s a metal plate underneath the Best that protects it from mines. 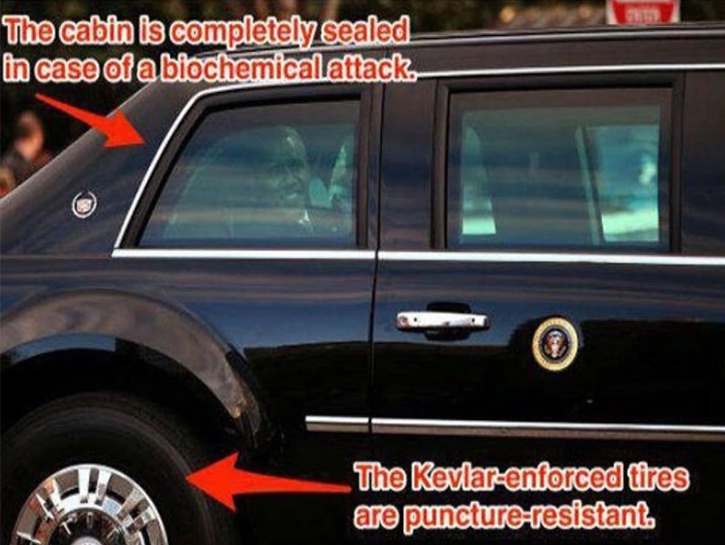 The Beast’s cabin is totally sealed, protecting it from biochemical attacks, while a supply of oxygen is stored in the truck. 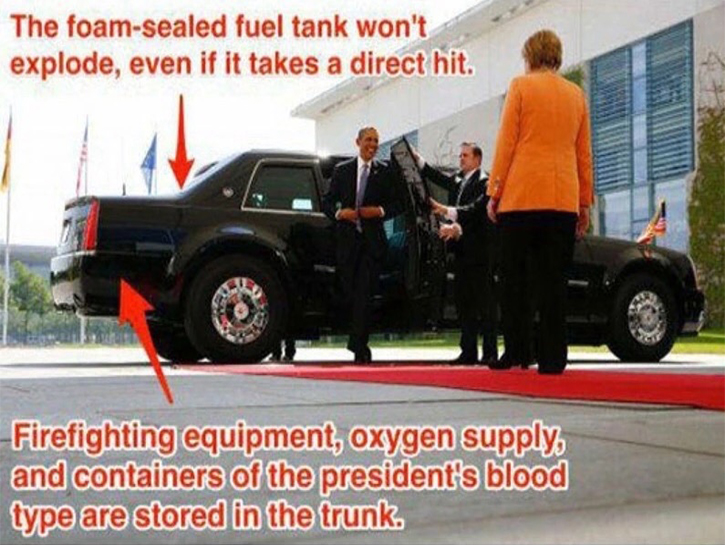 The 5-inches-thick windows are bulletproof and can’t be rolled down. In fact, only the driver can roll his window, but only for 3 inches. 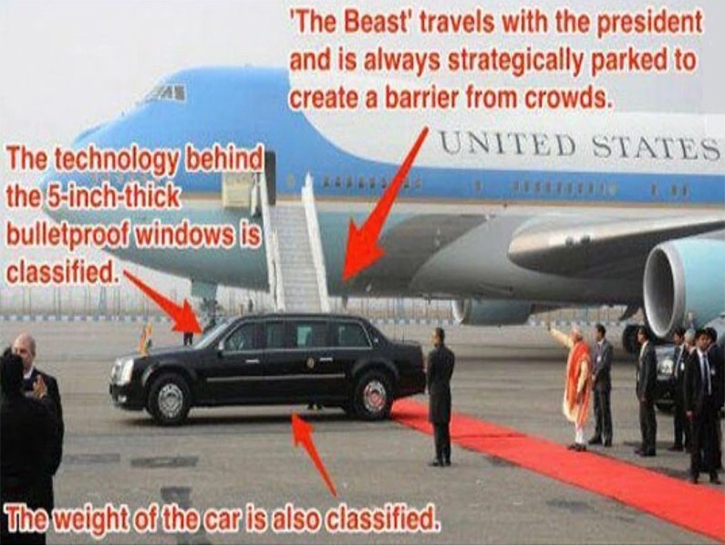 The wheels on the Beast are covered in Kevlar, making them hard to puncture. Still, even if that happens, the car is able to keep on rolling because of the steel rims underneath. Its petrol tank is plated with specially designed foam that prevents it from exploding when hit. 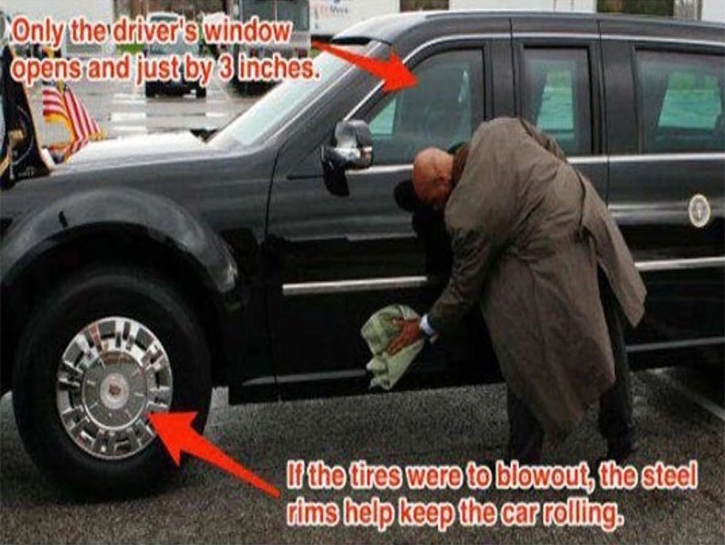 The armored doors on the Beast are 8 inches thick, which makes them heavy as cabin doors on Boeing 757. With all these facts in mind, you’re probably now wondering how much the Beast weighs. 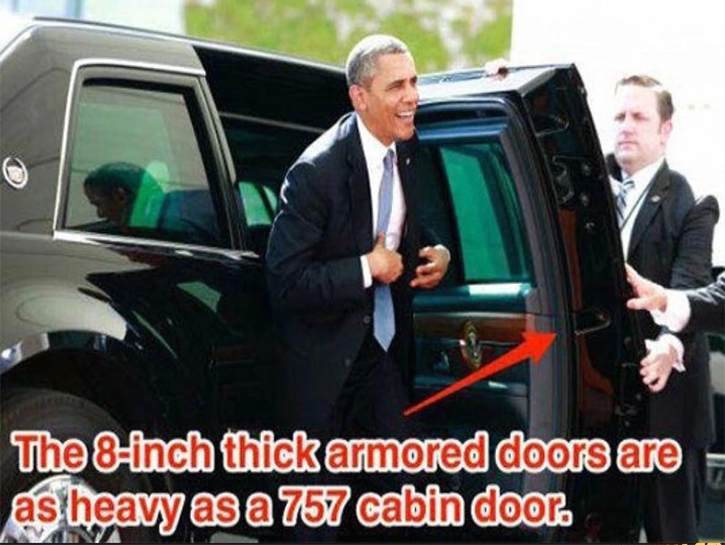 We can’t tell you for sure as that information is classified. The only thing we can tell you is that it’s much heavier than your average sedan. In fact, it’s got to be heavy, as its fuel consumption is 8 miles per gallon. 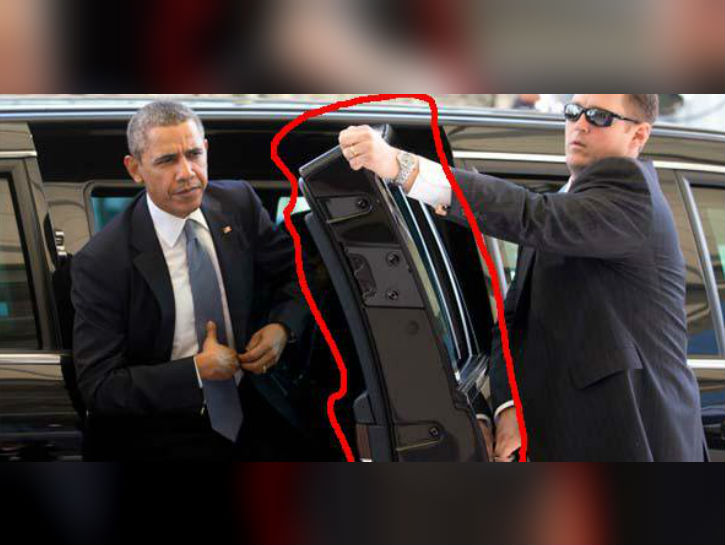 The Beast Can Fight Back When Needed

The Presidential limo is built like a tank. Although it’s almost impossible to destroy it, the Beast is not all about defense. It can fight back the bad guys when there’s a need for that. First of all, there’s a tear gas pistol installed at its front to chase away possible attackers.

On top of that, the Beast is always followed by several other cars, including a Chevrolet Suburban with a Dillon M134D Gatling Gun that comes out of its roof when there’s a need for it.

The Beast has Several Doubles

How many presidential limos are there? There are several look-alikes of this limo, providing the additional safety of Mr. President – it’s hard to guess in which Beast he is riding. Apart from that, other limos are used for transporting other officials. 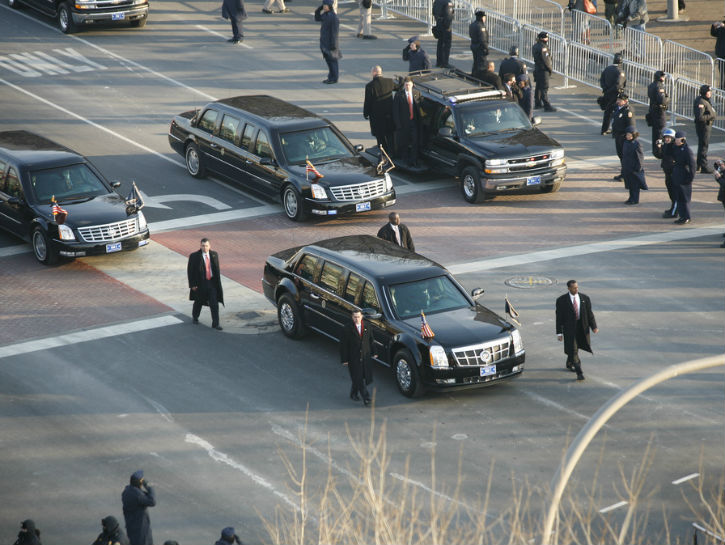 There’s always at least one look-alike following the Beast, even when the President goes abroad. In fact, its carrier plane, C-17 Globemaster has the room to carry two Beasts and a secret service SUV. 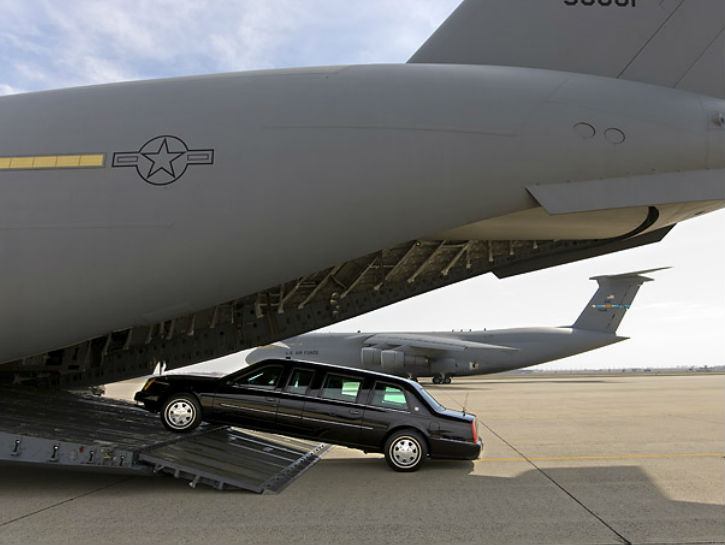 The Beast’s Interior is Lavish

As you’ve probably imagined, the most powerful man on the planet needs to feel comfortable in his limo. That is why the Beast is spacious on the inside and equipped with luxurious features. One of the most expensive pieces of equipment you can find inside of the Beast is the satellite phone with a direct line to the White House. 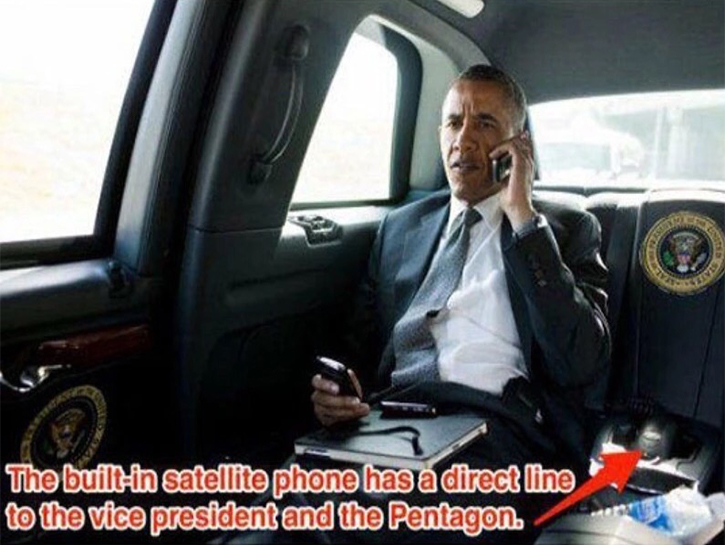 
Morgan Super 3 Revives the Barnstorming Three-Wheeled Bathtu...
10 Women Drivers Rewriting The Stereotypes
10 Hacks to Unleash the Power of Your Chevy Engines
Automakers Make Recalls Easier And Faster With Over-The-Air ...
11 Best 2018 Hatchbacks
Best and Worst of Playmate of the Year Cars