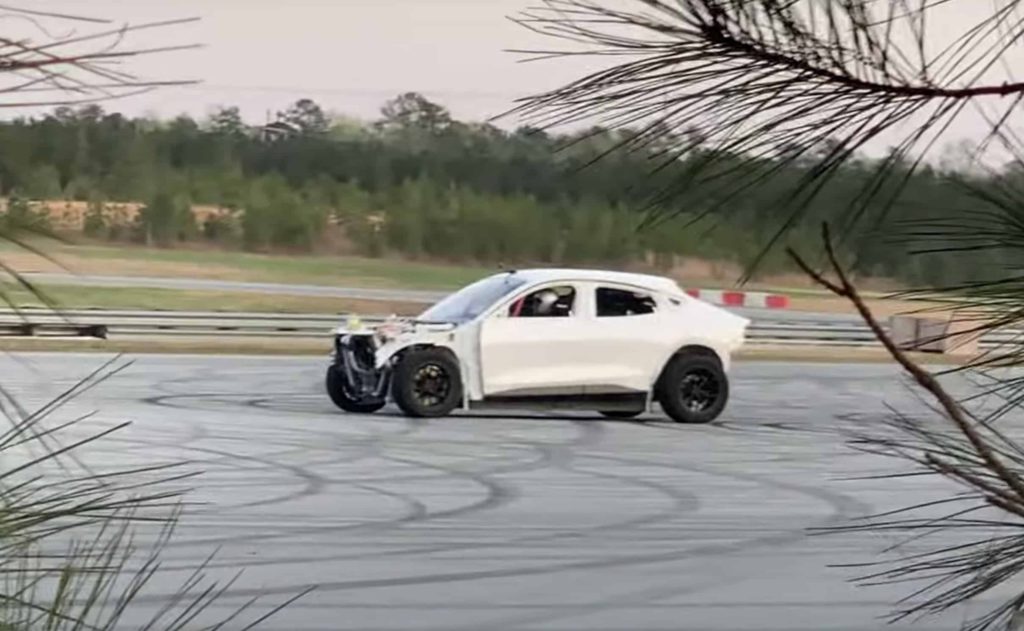 A YouTuber by the name of “Carolina Guy” just released a video of what looks to be a heavily stripped down and modified Ford Mustang Mach-E drifting at the North Carolina Center for Automotive Research (NCCAR). Could this be Ken Block out testing the drive components he hopes to put into his latest Hoonicorn project, the Hoonifox?

This vehicle looks to be a heavily modified test mule of some sort. It is obviously based on the AWD Mustang Mach-E (see smoke from all four tires at multiple times in the video). It is extremely stripped down of most glass and lots of body panels. Noticeable modifications are the huge cooling fans up front and in the rear. The vehicle also looks like it has some custom suspension, which allows for a bit wider stance and possibly more steering angle. It could also just have some wider tires and/or wheel spacers as well though. 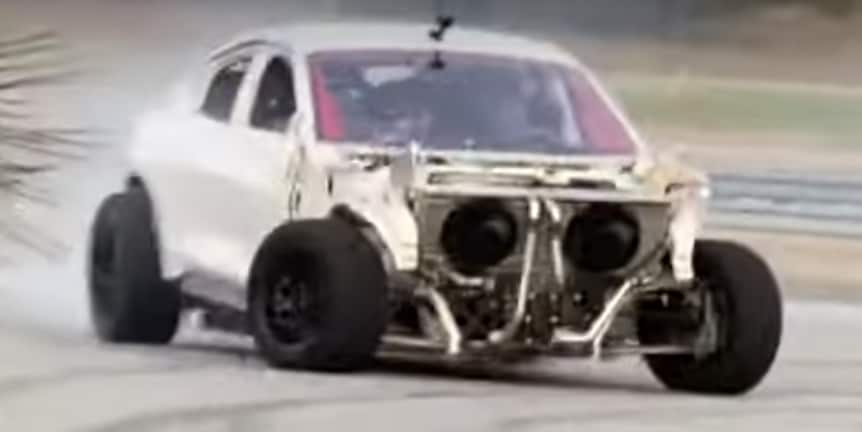 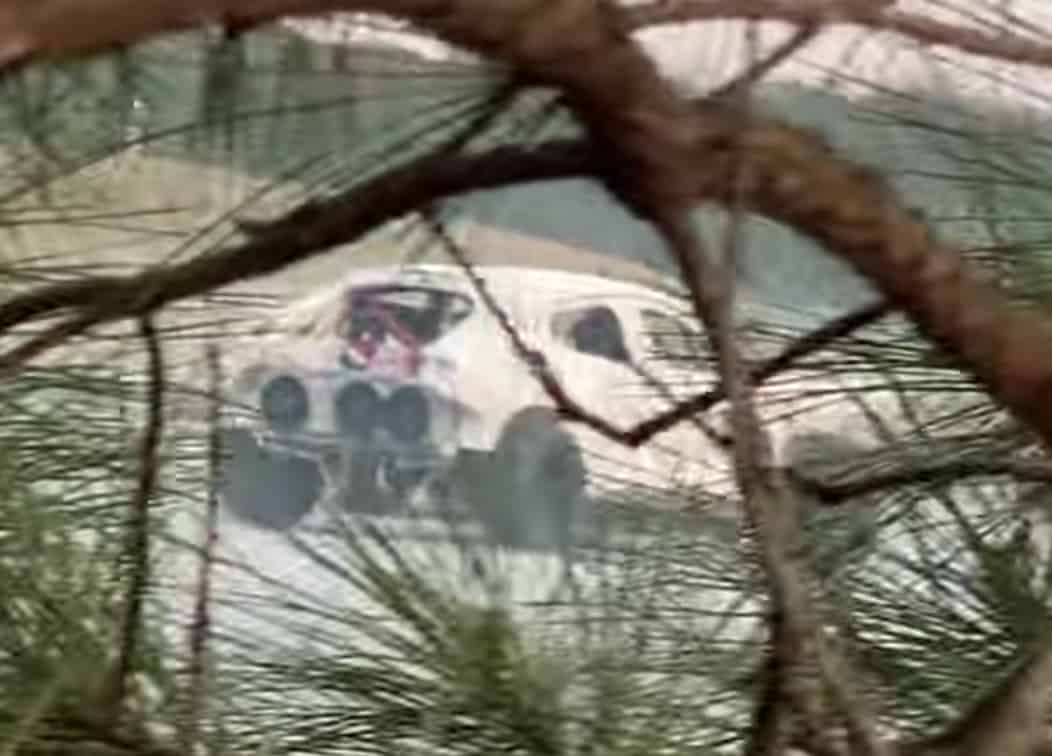 We will be the first to admit that there seem to be more than a few things off about this “spy footage.” Could it just be a public relations stunt/planned “leaked” video by Ford?

Carolina Guy has only ever posted this one video, only has a handful of followers, and there is really no other trace of him out there. The video was also obviously taken in a super-thin wooded area where the videographer would be easily seen by those on the track. This is especially true if this is a test session for a special vehicle. 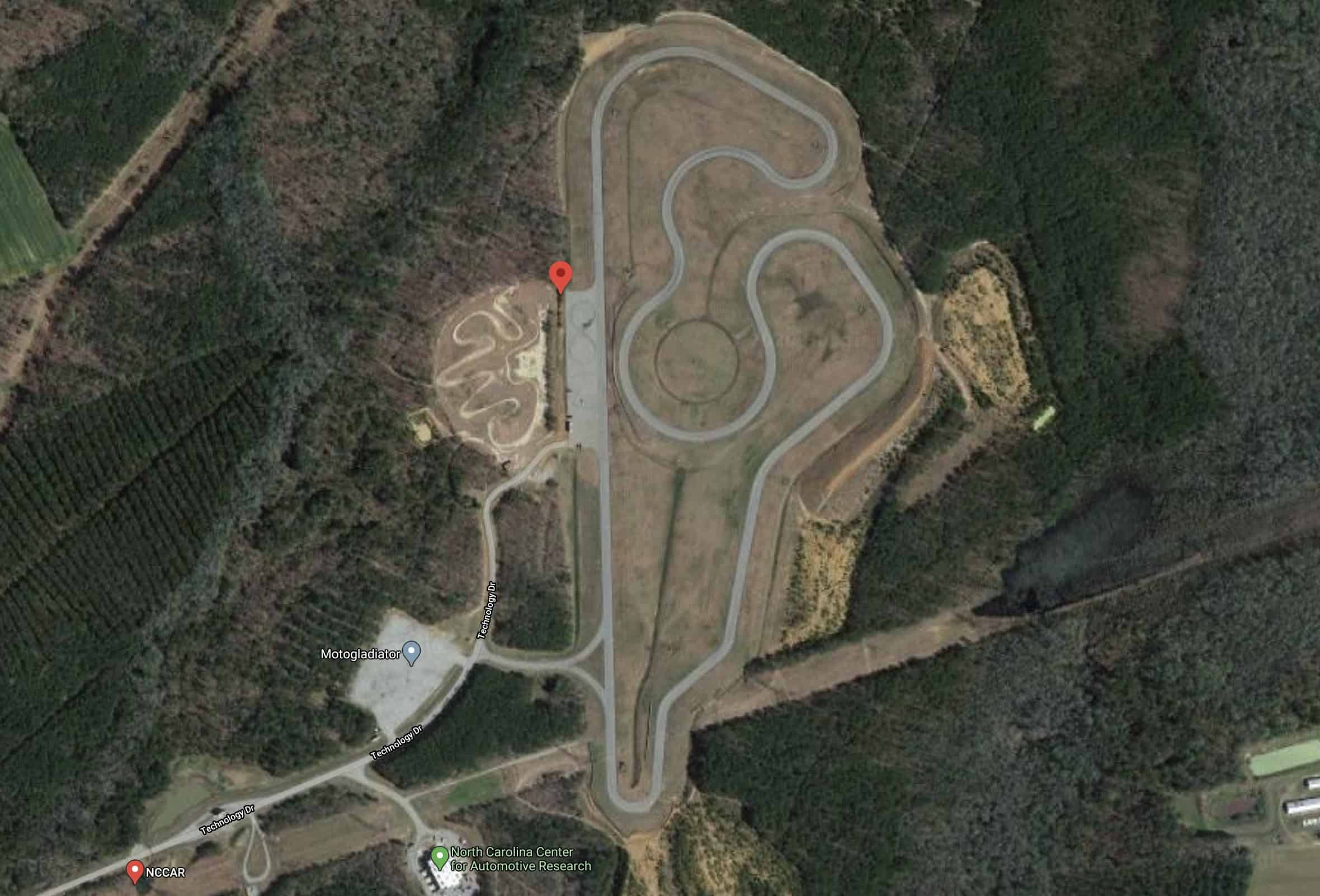 To top it off, you can see from this photo from Google Maps that the video was taken (see red pin) WAY inside the perimeter and across a big open field within the test facility. How would this shooting location be accessed without being noticed? 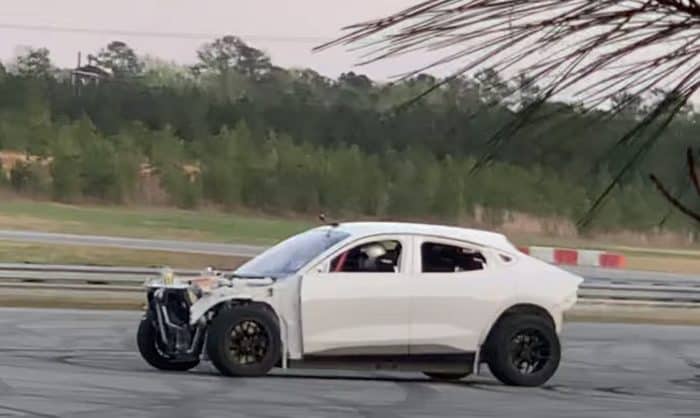 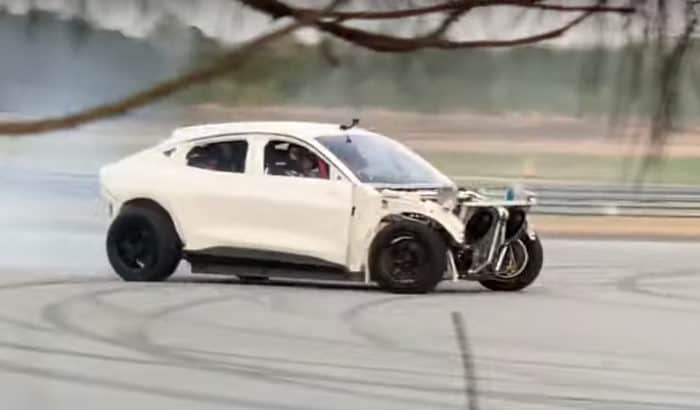 What do you make of this “spy” footage? Is this Ken Block’s next Hoonicorn, a new race car from Ford, the next thing to hit the drift circuit, or……..?

No matter, you have to admit that AWD electric vehicle drifting looks like one hell of a good time!