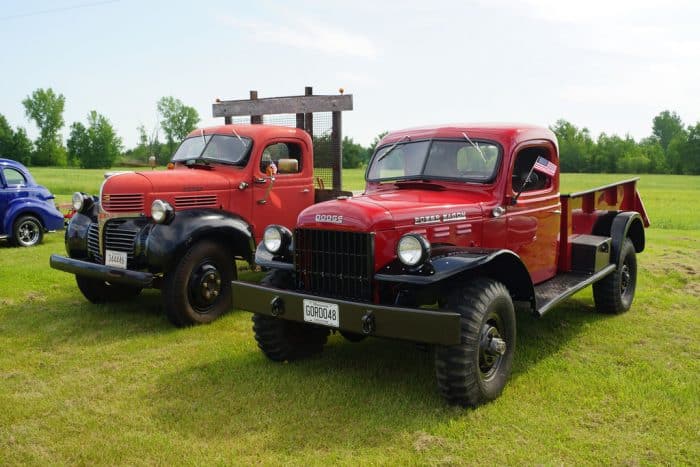 Would you believe a Ford Pickup truck can be worth as much as a Ferrari F355? Like many other classic workhorses, the second-generation F-Series commands big bucks. So, next time you spy a vintage rig withering away in a field, you may want to stop and take notice.

Old trucks are becoming increasingly collectible. Be on the lookout for these top 10. 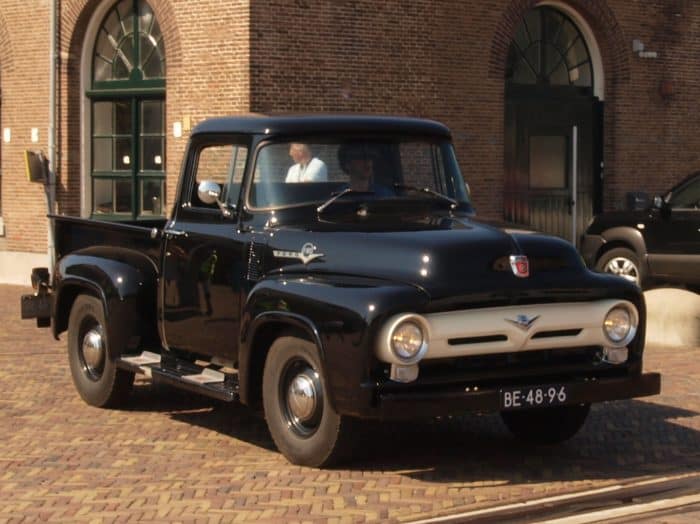 The last year of the second-generation Ford F-Series was 1956. Before it’s farewell, the handsome pickup got revamped with a new grille and a wrap-around windshield. There was also the option of a wrap-around rear window – a trait that’s prized by collectors today. Power came from a 272ci V8 that got its juice from a 12-volt electrical system (most systems were 6-volt at the time). On the current market, pristine examples of these old trucks are selling for between $60,000 and $70,000. 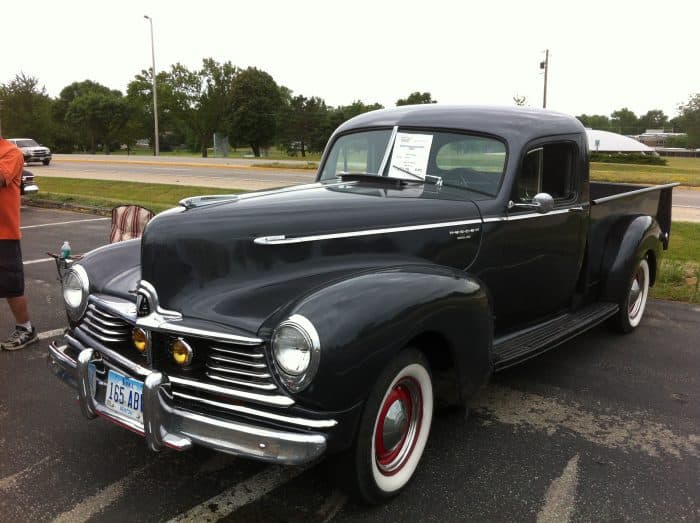 Most members of the Fast and Furious set have no idea what a Hudson is. A history lesson: Hudson Motors was a Detroit-based company that built cars between 1909 and 1954. And for a time, it made trucks, too. For just two years, Hudson built a car-based pickup not unlike an El Camino. It was a graceful machine that was iconic almost the minute it rolled off the assembly line. Today, these old trucks are fetching around $45,000 to $50,000.

Street-bound trucks shouldn’t get all the glory. The Dodge Power Wagon is a well-built, off-road machine that’s catching the attention of modern collectors. It was first introduced as a military truck during World War II and was produced until 1970 with little change. The Power Wagon nameplate hung around until 1981 and then was revitalized in 2005. But the truck wasn’t the same. It was just another light-duty pickup – not a flat-fendered war hero. Model years 1946-1956 of these classic trucks are favored among enthusiasts, and currently sell for around $60,000. 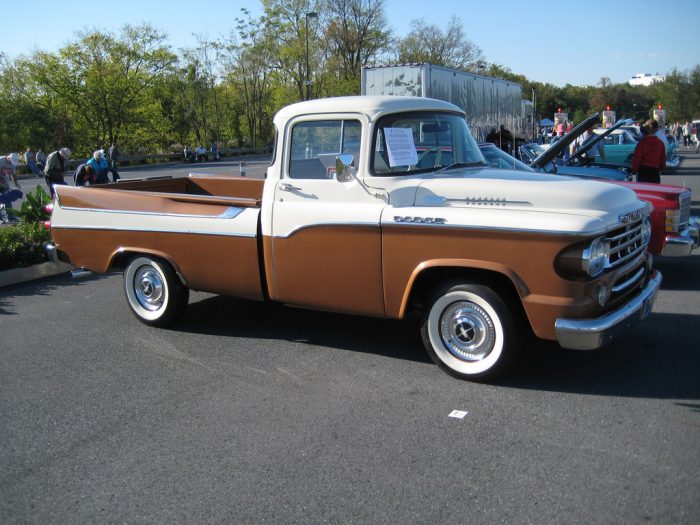 In its day, the Dodge Sweptside, with its enormous tail fins, was thought of as over the top and garish. Today, collectors can’t get enough of its 1950’s flair. The Sweptside is a high-end version of the C-Series pickup truck. Original models are powered by either a Flathead inline 6-cylinder, or a one of two V8 options. Aficionados are willing to pay $60,000 for these old trucks now days. 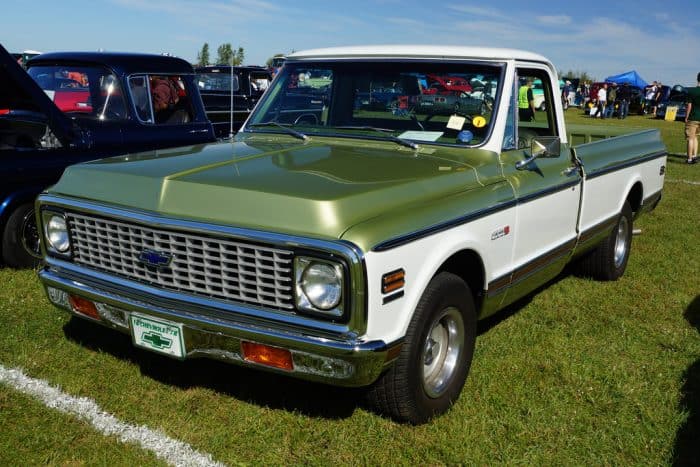 Second generation Chevrolet trucks – and their Blazer SUV siblings – are hotter than a ghost pepper. Fans love their bullet-proof drivetrains and optional four-wheel drive. Referred to back in the day as the “Action Line”, these rigs offered unheard of style and comfort for the time. Engine options ranged from a modest inline 6-cylinder to a 402ci big block V8. Today, these old trucks can sell for up to $45,000. 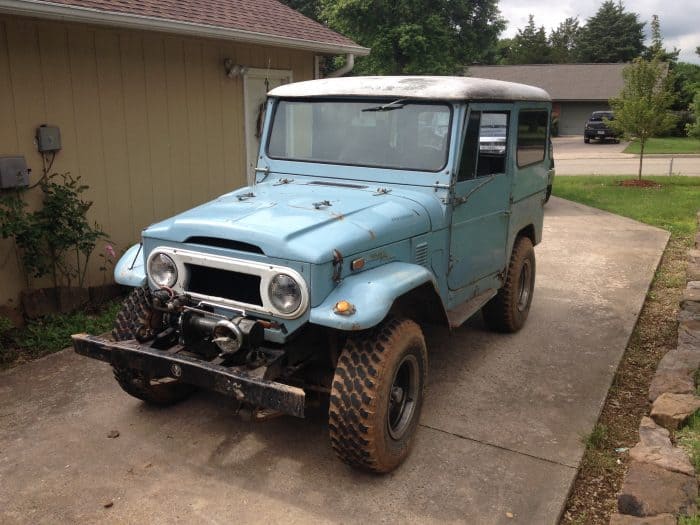 Most of the trucks on this list are American-made. The Toyota Land Cruiser bucks that trend with its undeniable off-road charm. The O.G. Land Cruiser was build between 1960 and 1984 in most countries, but it’s the ’63-’73 that’s hot among collectors. An enduring boxy body style, short wheelbase and durable drivetrain make this old truck worth up to $75,000 for the right buyer. 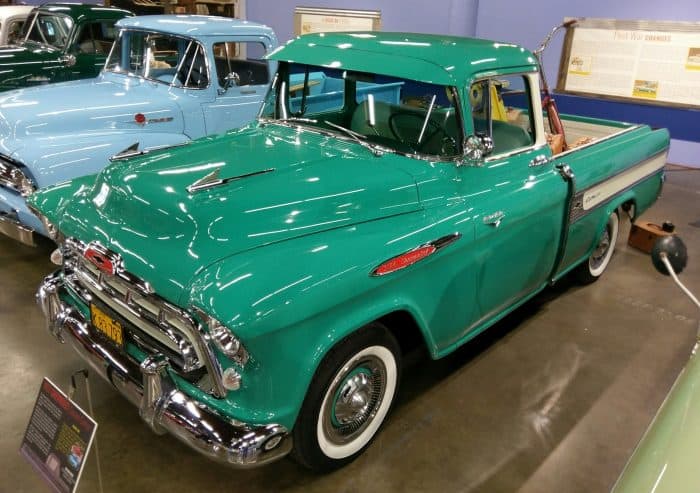 The GMC Denali isn’t a novel concept. GM was building luxury trucks way back in the 1950s. Case in point – the 1955-1957 Chevy Cameo. Built on the regular Chevy truck platform, the Cameo boasted high-end features like stylish design cues and a deluxe interior. It wasn’t popular at the time (trucks were still thought of as a workhorses then) but it’s highly sought after now. In cherry condition, these classic trucks are worth around $60,000. 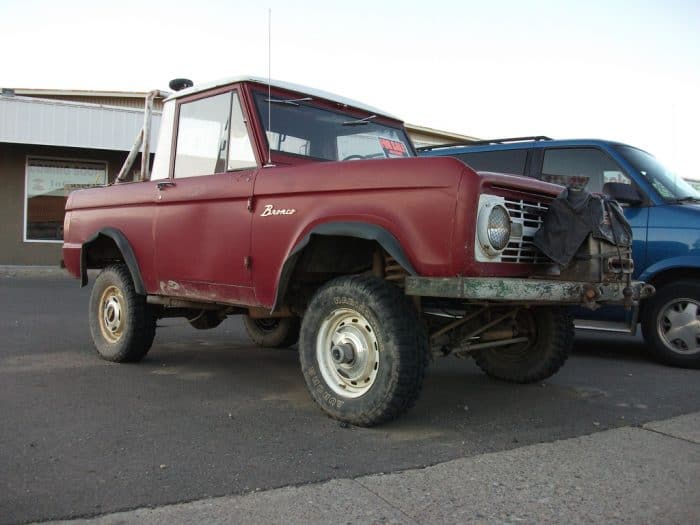 No, this isn’t the O.J. style Bronco that flooded news channels in the early 1990s. This is the superb, vintage design from the 60s and 70s. With its boxy body style, the original Bronco defies aerodynamics in every way. But that doesn’t stop it from being undeniably cool. Most of these trucks have been chopped up by off-road enthusiasts, causing unmolested examples to skyrocket in price. Really nice specimens can bring in up to $50,000. 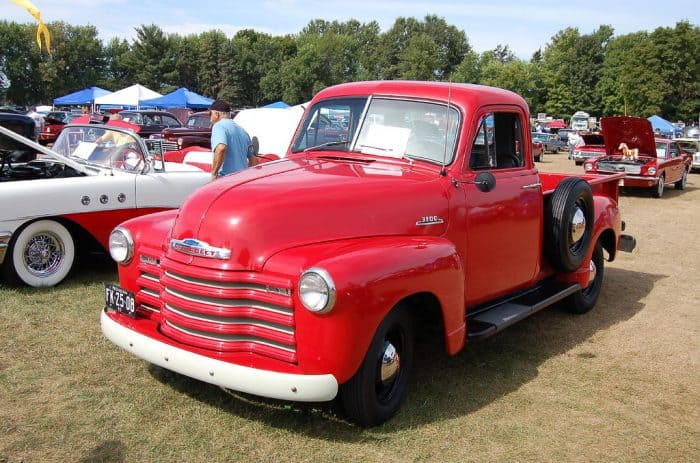 In the early part of the 20th century, these trucks could be seen working hard across America. Now, they’re found in museums and collector’s garages. It’s hard to deny these old trucks, which GM referred to as “Advanced Design”. They’re good-looking and can’t be stopped, thanks to their lineup of sturdy inline 6-cylinder engines. Collectors are willing to pay around $50,000 for these old trucks today. 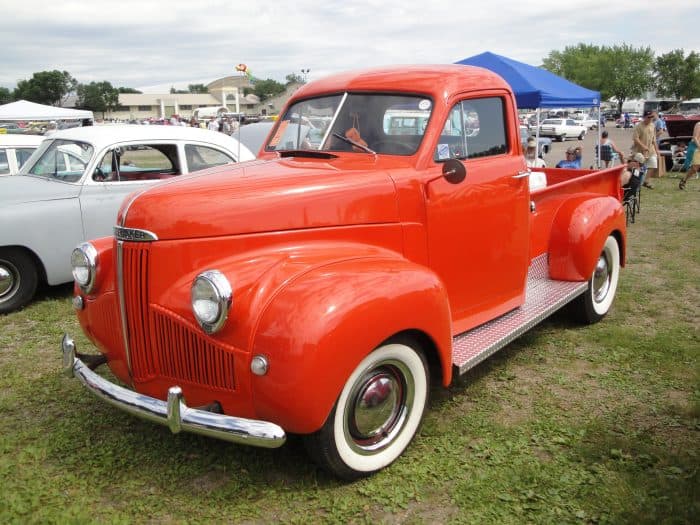 Another name rarely heard anymore is Studebaker. In the 1940s, this now defunct automaker made a lineup of striking cars, along with a uniquely-styled pickup, called the M-Series. These trucks can only be described as having a “face” – their front end has all-too-human bug eyes and a tooth-like grille. This unusual design has earned them a fan following, and increased their value to around $40,000. A fine bargain if you can find one of these classic trucks for sale.

Get Your Old Truck Today!

Old trucks are only going up in value. Scour Craigslist and online auction sites until you find the classic pickup of your dreams.