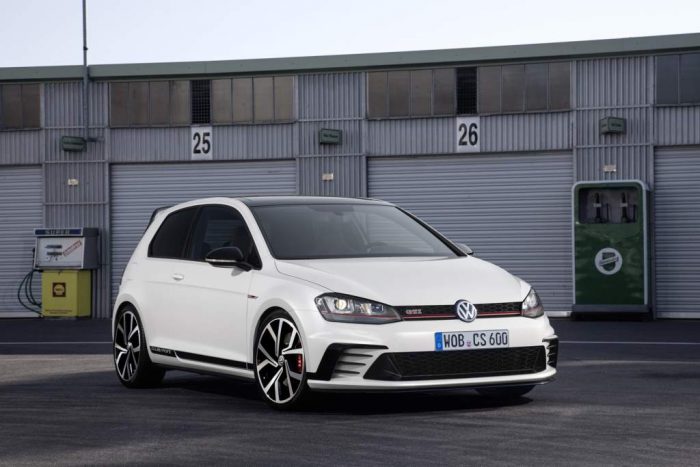 The iconic Volkswagen GTI is going to reach an important milestone with the start of 2016. The Golf GTI, as it is popular in Europe, is celebrating its 40th anniversary and, as for every previous important anniversary, the Golf GTI will receive a very special version. This time, however, it is being designated as the world’s “most powerful production GTI ever”. That is a strong statement and more astonishingly? It is absolutely true. Yes, there was the GTI W12, but only as a concept. There also is that production Peugeot 308 GTi with a 270 HP engine, but this Golf still has more power. 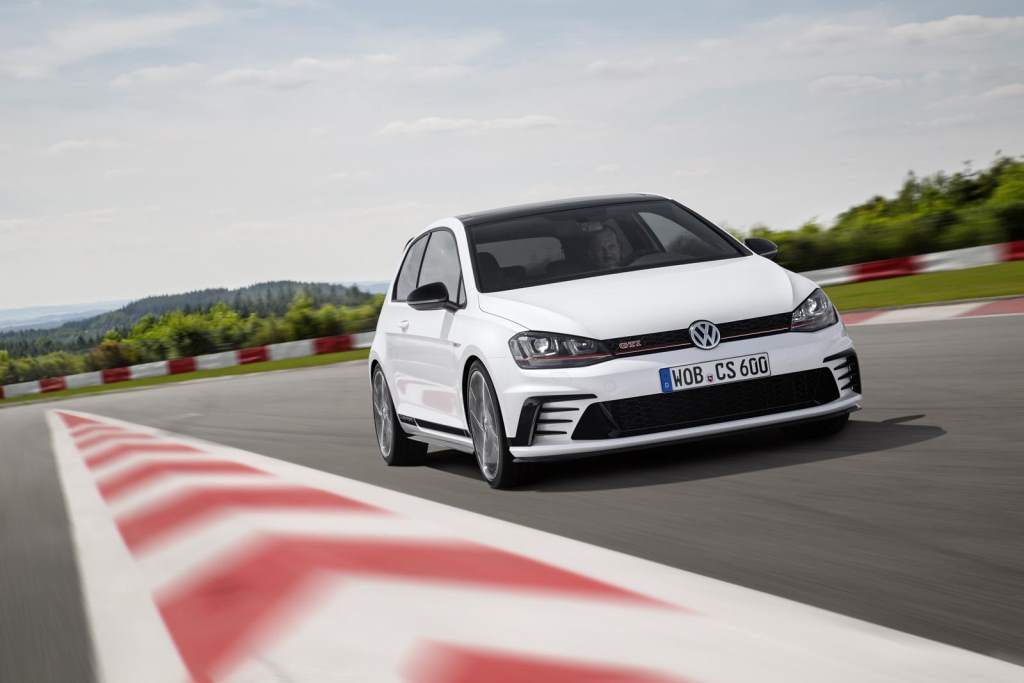 Dubbed the Golf GTI Clubsport, the newest performance car from the Volkswagen stable is prepared for an official unveiling at the Volkswagen stand at the Frankfurt Motor Show later next week. What is so special about it? Well, you may think that this Golf is something like a bold expression of the future of the GTI. Volkswagen is preparing some sick Golfs with the more powerful Golf R and the intoxicating Golf R420. This GTI will once more be an entry-level version for the sporty world of Golf, but nonetheless, it is still a name that resonates hard in the hearts and minds of proper gearheads. 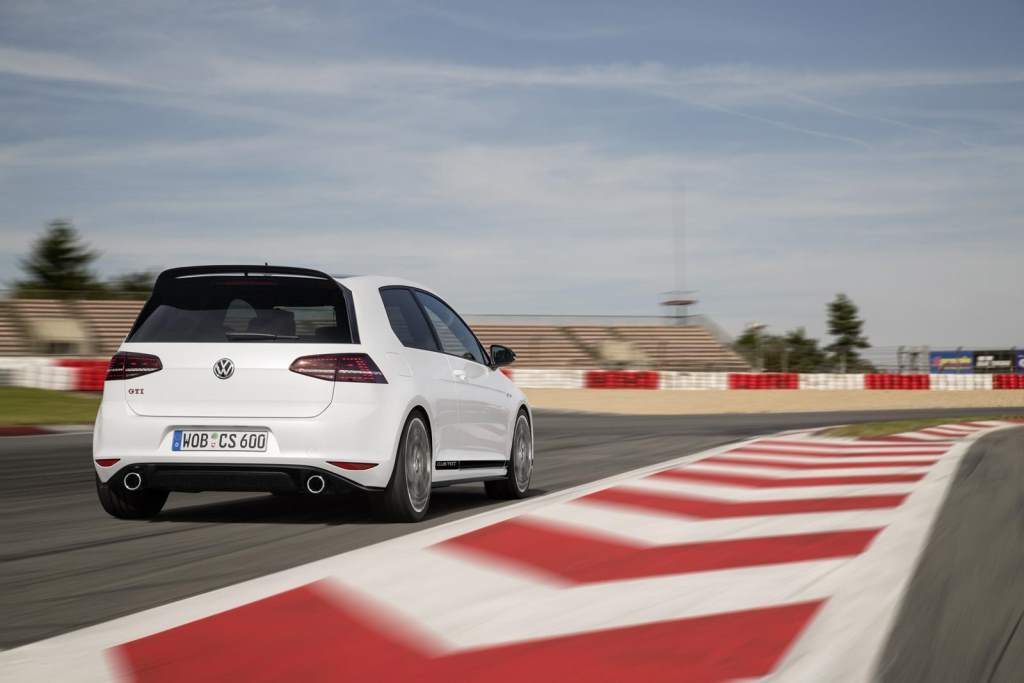 The 2016 Volkswagen Golf GTI Clubsport is at the pinnacle of GTI development. Yes, Volkswagen can source a lot more from the turbocharged two-liter, but 290 HP is a healthy number, isn’t it? However, there’s a catch – the most powerful VW Golf GTi Clubsport only has 290 HP for ten seconds or so and only every now and then. Yes, that is true and we aren’t talking about some kind of magic here. What we are talking about here is an overboost function activated when the throttle is pressed to the floor.

Normally, the Golf GTI Clubsport disposes with 265 HP which is not at the pinnacle of power. However, when something angry comes your way, Volkswagen will oblige. It will oblige so well that 5.9 seconds later you’ll be driving 62 mph. So, there you have it, having 290 HP for about ten seconds is more than enough. You can hit 90 mph in that time for sure. 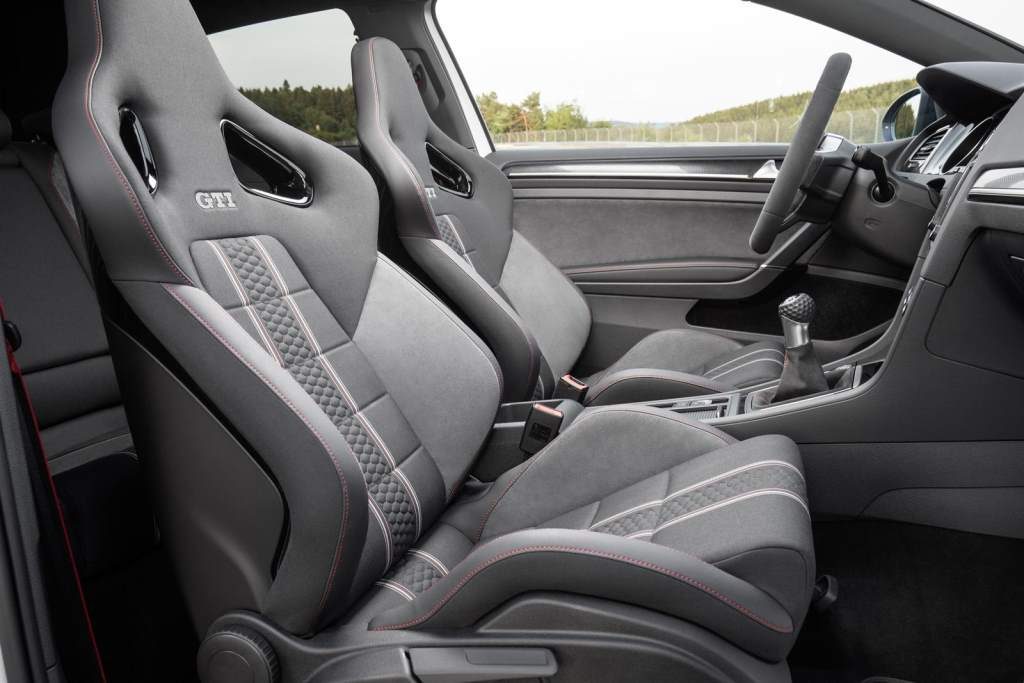 DSG and manual transmission are both available, but if you want the best possible performance, DSG is the way to go. What’s more, with it you’ll apparently achieve almost 35 mpg, but don’t ask about that data if you desire to buy a Golf which can be used on the track. 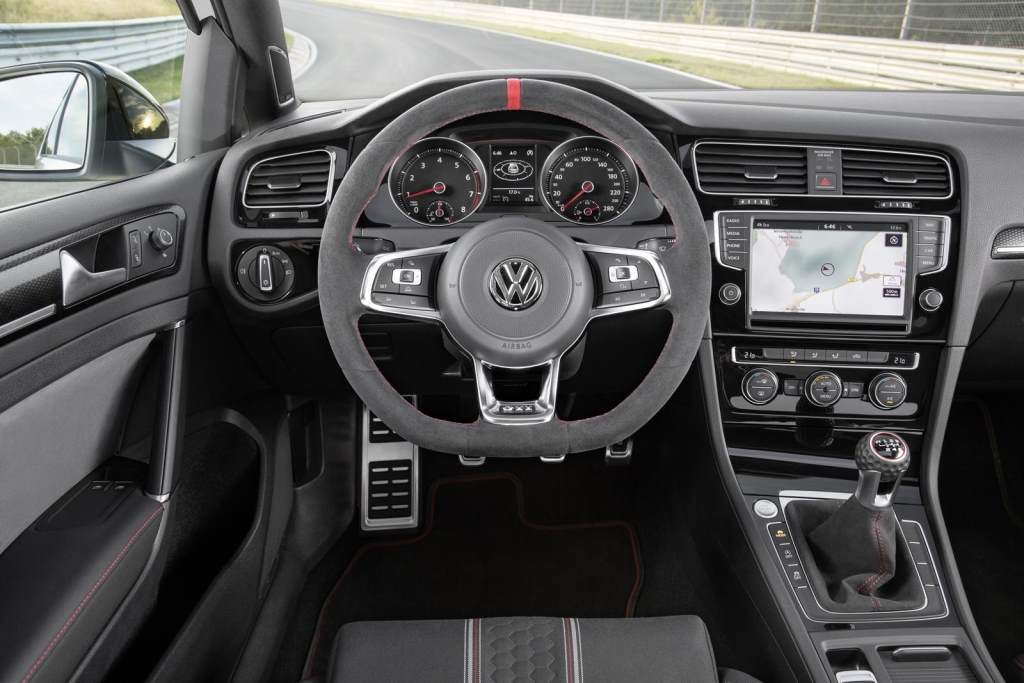 To showcase its credibility and nobility, Volkswagen smartly enhanced the exterior and the interior of the GTI Clubsport. Many decorative pieces were added including a “new front bumper, new side sills, a new rear diffuser, a new multi-part roof spoiler, and exclusive forged aluminum-alloy wheels.” Special color Oryx White is probably the one you should opt for, but there are plenty more to choose from of course. 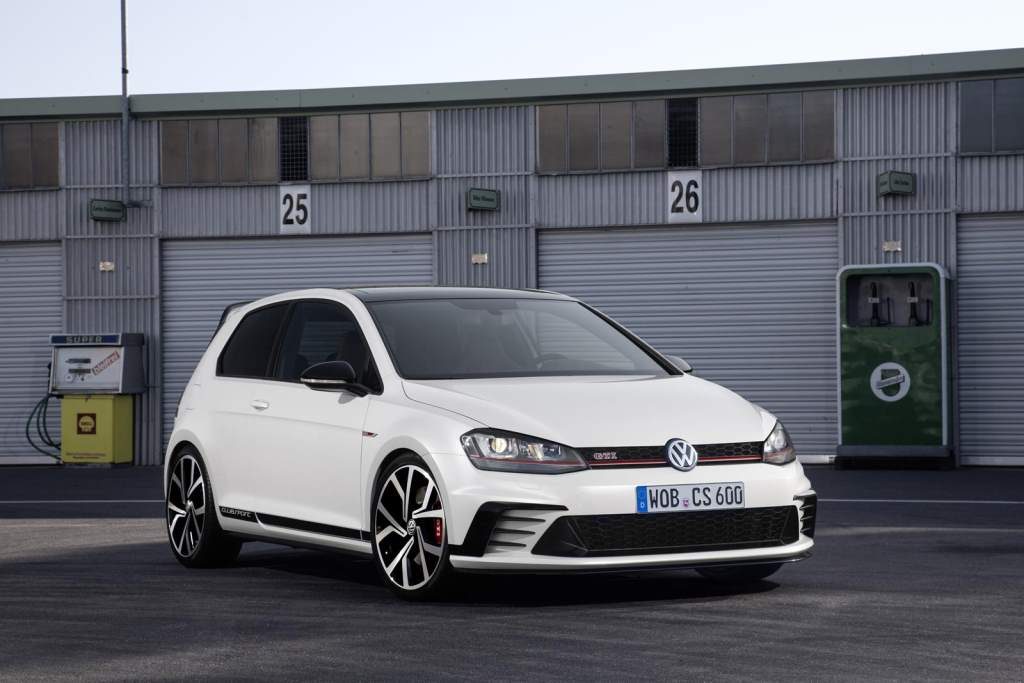 On the inside, it seems that a fashion designer did some work. It’s nice, cozy, almost elegant, but definitively serious and impressive. New Alcantara seats get along exquisitely with the Clubsport exclusive elements such as new strips on the dashboard, seat belts, and doors. Furthermore, the floormats, 12 o’clock markings and the stainless steel door lettering make sure that anyone entering the Clubsport knows that something special is about to happen. Yes, this is a special car and it will be available for purchase starting late this year. 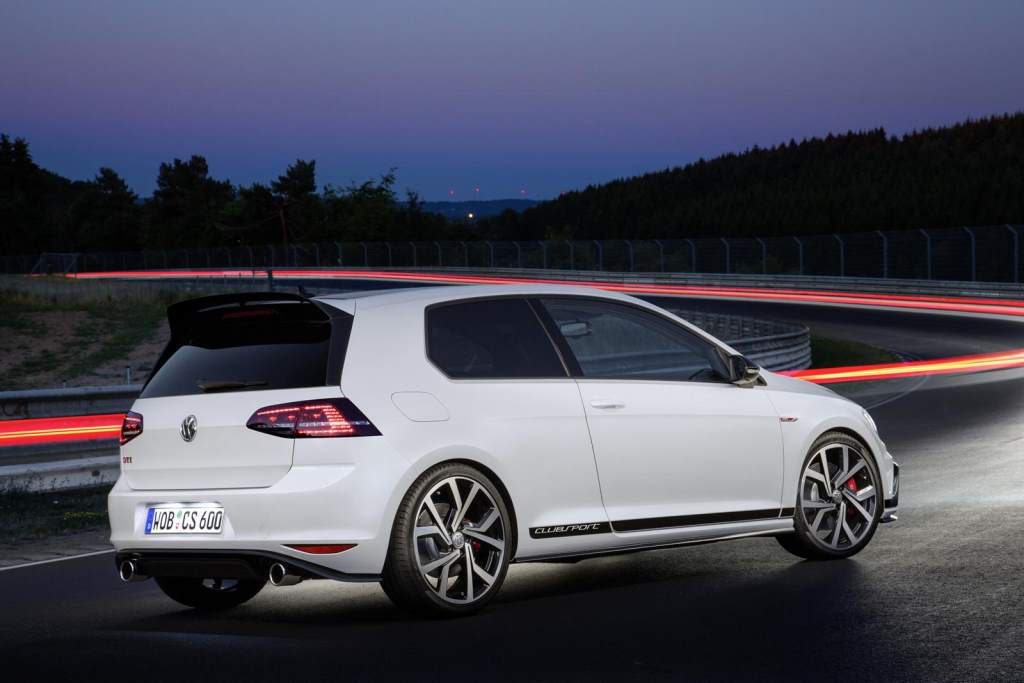