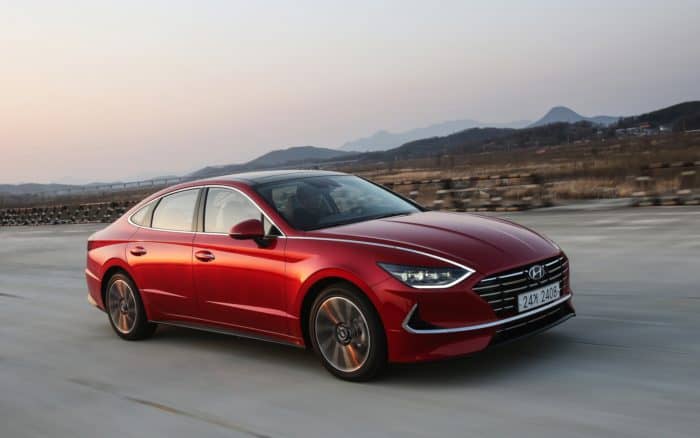 With more and more automakers turning to the inevitable electrification process, conventional hybrid cars find themselves in a peculiar spot. They aren’t the technological breakthrough of the automotive world like they used to be a decade or so ago, but they aren’t ready to bow down yet either. In fact, their numbers are expected to keep on growing in the coming years despite the fact most manufacturers aren’t eligible for federal tax credits any more. This time we’ll take a look at some of the best upcoming 2021 hybrid cars.

The hybrid car compound annual growth rate is expected to increase by 10.23 percent between 2019 and 2024. They have the rapidly growing Asian market to thank for that, but the European market is still expected to remain the hybrid car’s bastion in that regard. For instance, Norway is expected to become 100 percent green by 2025 and they’re already on a good way of achieving that goal considering how more than half of the passenger car market in early 2019 was fully electrified.

This time we’ll focus exclusively on conventional and plug-in hybrid passenger cars scheduled to arrive during MY 2021. Hybrid and electric SUVs for that year have already been covered in a separate article and so have all-electric passenger cars.

Honda’s dedicated hybrid might not be as good as its Toyota counterpart in terms of sales, but the Insight definitely deserves more credit than the Prius considering everything it has to offer. The compact hybrid car has everything its arch rival does, plus it actually looks like a real car. Currently in its third generation, the Insight is only expected to get better.

Opt for the next grade and you’ll get a larger 8-inch touch screen display with Apple CarPlay and Android Auto, while the most expensive $28,500 Touring trim adds leather, dual-zone climate control, satellite navigation, and more, giving it a premium feel very few vehicles in its class can boast with.

Every Honda Insight is powered by a 1.5L Atkinson cycle 4-cylinder engine tied to an electric motor and a 1.2-kWh lithium-ion battery pack for a combined 151 horsepower and 197 pound-feet of torque.

The Insight is rated at 55 mpg in the city city and 49 mpg on the highway in more affordable LX and EX grades, while the range-topping Touring grade lowers its fuel efficiency to 51 mpg city and 45 mpg highway.

All its qualities considered, the Honda Insight is definitely one of the best 2021 hybrid cars money can buy. 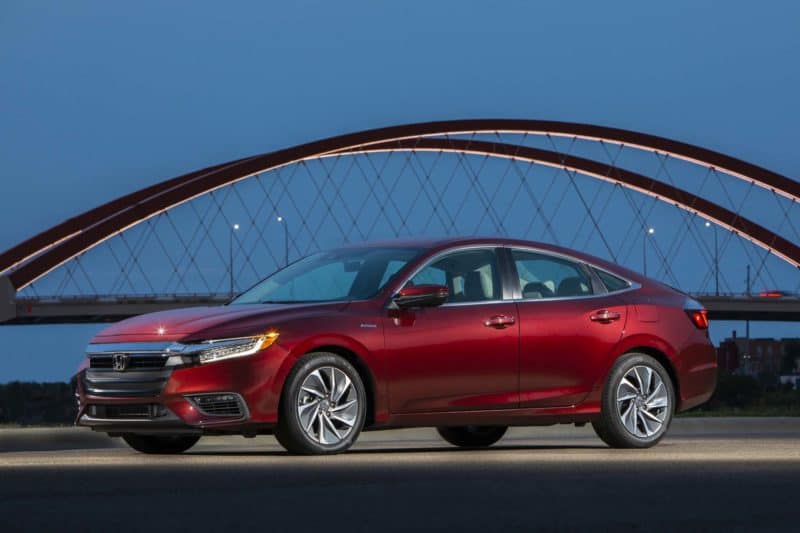 With the introduction of the latest-generation Toyota Corolla hybrid, the weird appliance called Toyota Prius has practically become obsolete. The two share the same powertrain, yet the new Corolla looks much better despite the fact both cars are underpinned by the next-gen TNGA platform.

Although the new Corolla can be obtained in both the sedan and hatchback variants, the hybrid is exclusively offered as a sedan. The Toyota Corolla hybrid starts from $23,000 prior to destination charges and offers a rich package of advanced driver’s aids including the adaptive cruise control, lane departure alert, and pre-collision system with pedestrian detection.

The Corolla hybrid will also offer a quiet and comfortable ride which is courtesy of its new underpinnings. However, most of its competitors will offer a more refined and upscale cabin the way things stand at the moment.

The engine behind the Corolla hybrid is a 1.8L inline-four paired with a duo of electric motors and a 1.3-kWh nickel-metal-hydride battery pack. The entire setup is good enough for 121 hp and 105 lb-ft of torque. Every Corolla hybrid comes with a CVT gearbox.

More importantly, the hybrid version of the new Corolla manages to return as much as 53 mpg in the city and 52 mpg on the highway. That’s on par with the Prius, but Toyota’s most famous hybrid car still manages to edge it if ordered in its base trim.

Regardless, very few hybrid cars in 2021 are capable of achieving what the new Corolla hybrid has managed. 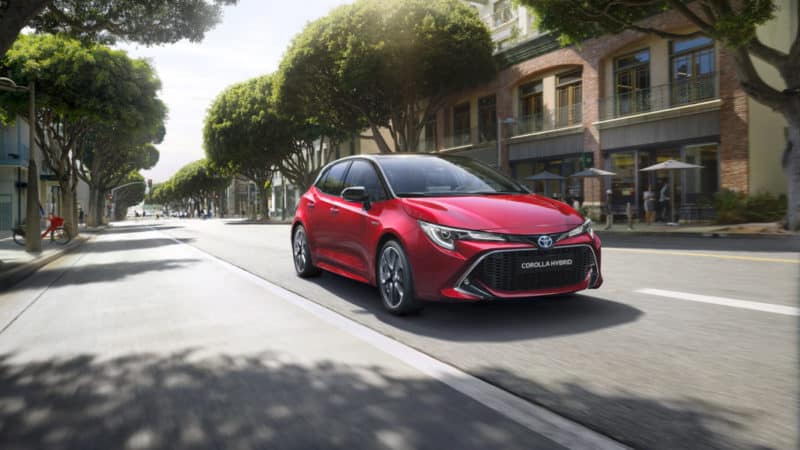 The eighth-generation Hyundai Sonata made its debut for MY 2020 after being presented at the 2019 New York auto show. The next-gen model is an improvement over the previous generation in many ways, but sales are expected to continue with their downward spiral. The Sonata plug-in hybrid will be added for MY 2021 and should help soothe the sales burn.

The new Hyundai Sonata boasts a gorgeous exterior design and much more tech-savvy cabin than its predecessor. It sports three radar sensors, five cameras, and 13 ultrasonic sensors – all of which serve as a driving force behind numerous driving aids like adaptive cruise control, forward-collision braking, and lane-following assist (which are standard). Also, higher tiers get a rear-collision braking and a blind-spot-view, as well as remote control parking feature which is otherwise only available with premium brands.

Optional list of features also includes a 10.3-inch center display, a wireless charging pad, and plenty of other convenience and tech gear.

The upcoming 2021 Hyundai Sonata plug-in hybrid will likely retain the previous generation’s powertrain setup which consists of a 2.0L Atkinson cycle 4-cylinder engine capable of making 193 horsepower thanks to some help from a 51-hp electric motor and a lithium-ion polymer battery.

The last-gen Sonata hybrid was capable of returning as much as 42 mpg combined, while the plug-in model managed “only” 39 mpg combined, but also threw in 28 miles of all-electric range and 99 MPGe.

When the eighth-generation Hyundai Sonata hybrids arrive during MY 2021, they’re expected to retain their predecessors’ prices which had started from $24,000 for the conventional and $31,500 for the plug-in hybrids. 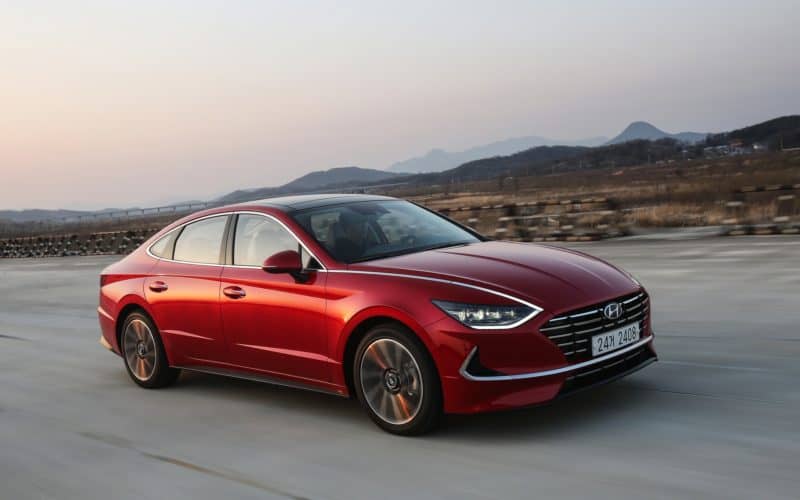 The Chrysler Pacifica is arguably the best a dying segment has to offer at the moment. And a fuel-sipping hybrid option is only a cherry on top of the sundae. Although FCA hasn’t yet disclosed any plans for a potential Pacifica redesign, we can only assume that their upscale minivan is in for another carryover which isn’t necessarily a bad thing.

Now that the entry-level models have been rebranded as the Chrysler Voyager, the gap between the new entry-level Pacifica Touring and Pacifica hybrids has been significantly reduced. The former start from just under $35,000, while the latter starts from a little over $40,000.

For that amount, any modern family gets a tech-savvy people hauler befitting of their status. Practically the range topper of the lineup, the Pacifica hybrid sports everything from latest connectivity capabilities, over advanced safety gear, to useful convenience features such as 4G LTE wi-fi hotspot, plenty of USB ports, and even an optional 20-speaker Harman Kardon sound system. Sadly, a built-in vacuum cleaner and clever “Stow ’n Go” seats aren’t available with the hybrid.

Its biggest advantage is its great fuel-conserving capability which sees it deliver 32 miles per gallon combined and over 30 all-electric miles of range on a single charge. In other words, the Pacifica hybrid is rated at 84 MPGe. 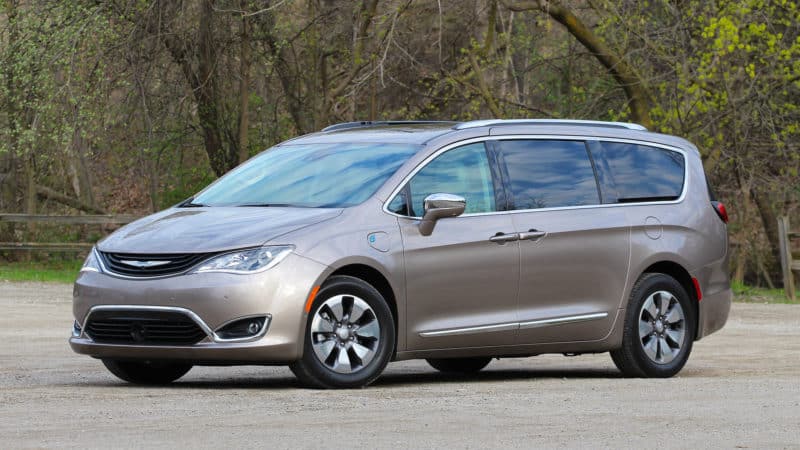 The next-generation Kia Optima is arriving in 2021 and hybrid models are expected to be present from day one. Although conventional passenger cars are fighting a losing battle against crossovers and SUVs, the mid-size sedan segment still has a lot to offer and Kia Optima is the proof of that.

Aside from the usual interior and exterior overhauls, the new Optima is expected to take things to a new level as far as comfort is concerned. The Koreans are planning to do so by outfitting the intermediate with a new suspension,

Also expect a wider selection of advanced technology gear including both the safety and convenience categories. Prices, on the other hand, are expected to remain more or less locked as 2021 Kia Optima hybrid shouldn’t cost more than $30,000 which is pretty much what the current models cost.

Although conventional models are expected to rely on downsized turbo four engines as their sole power proprietors, the Optima hybrid should carry over with a naturally aspirated 2.0L inline-four as its heart and soul. The internal combustion engine is currently bolstered by an electric motor and a small battery pack for a combined output of 192 horsepower. The same engine can be found in the above mentioned Hyundai Sonata hybrid.

At the moment, the Optima hybrid returns up to 42 miles per gallon combined, but the next-gen model should be able to provide even more. The exact figures are still some ways off and so is pretty much everything else regarding what’s expected to be one of the best 2021 hybrid cars. 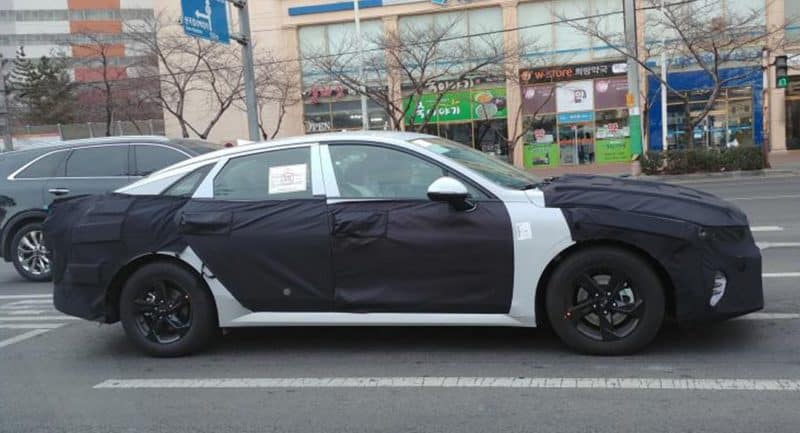