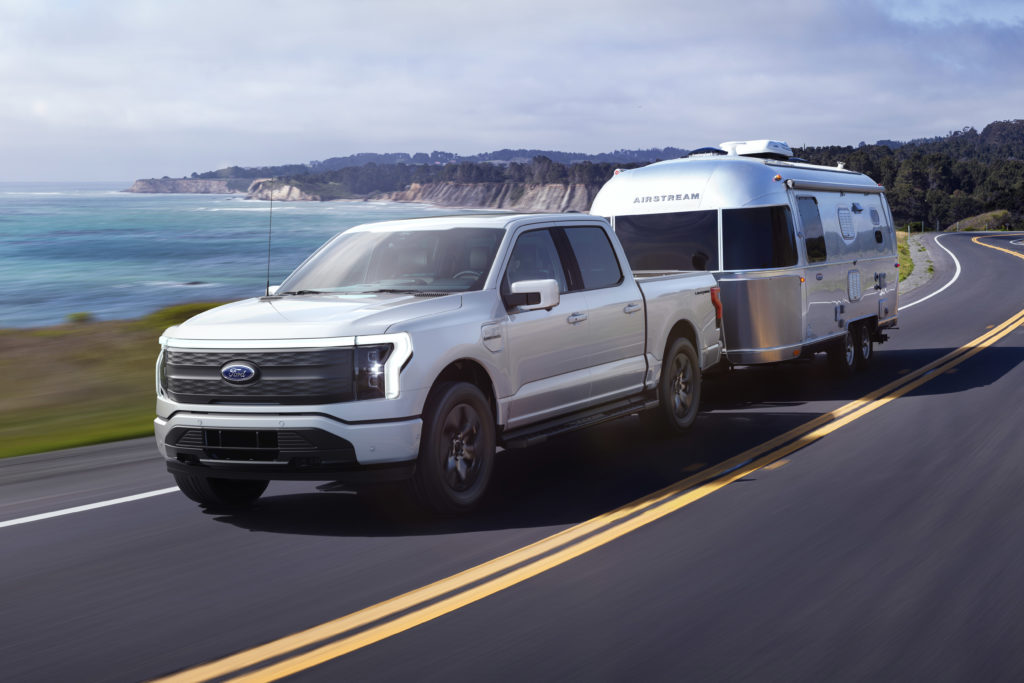 We’ve had some time to sit with the Ford F-150 Lightning, and we’re still blown away by the electric pickup truck’s stats. The Lightning has all the capability we’ve come to expect from a Ford F-150 with the added bonus of being fully electric and offering some handy features you won’t find on its internal combustion counterparts.

Lots of Torque, No Matter the Spec 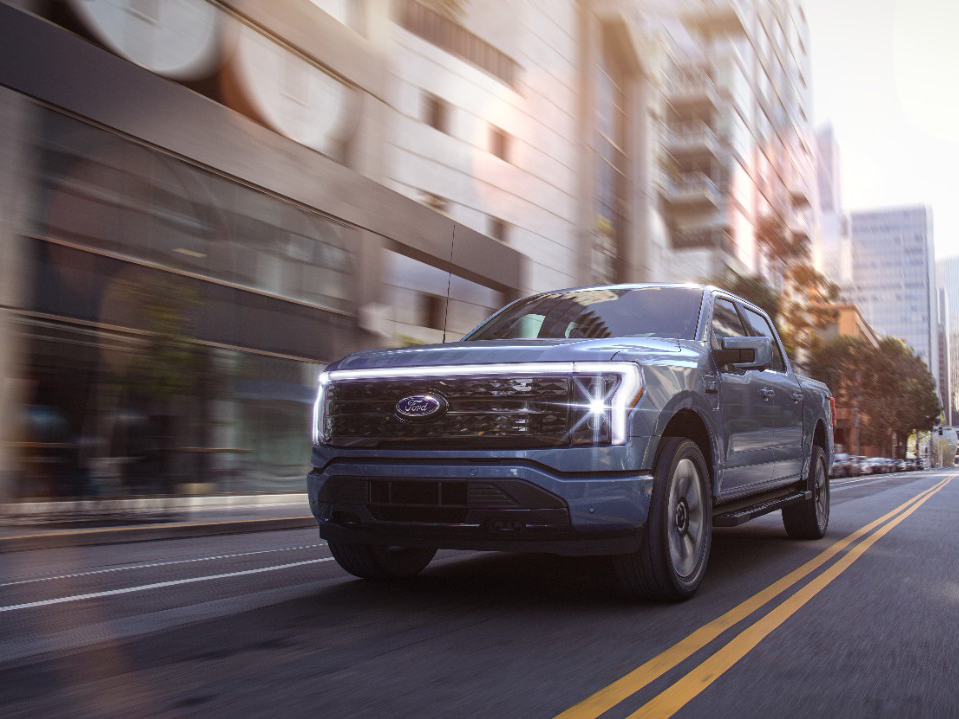 When it arrives in the spring of 2022, the Ford F-150 Lightning will offer a standard battery and an optional extended battery. The electric truck is estimated to make 426 hp with the base battery and 562 hp with the larger one. But no matter which model you choose, you’ll get the same pavement-punishing 775 lb.-ft. of torque. What’s more, that incredible amount of twist is available almost instantaneously. 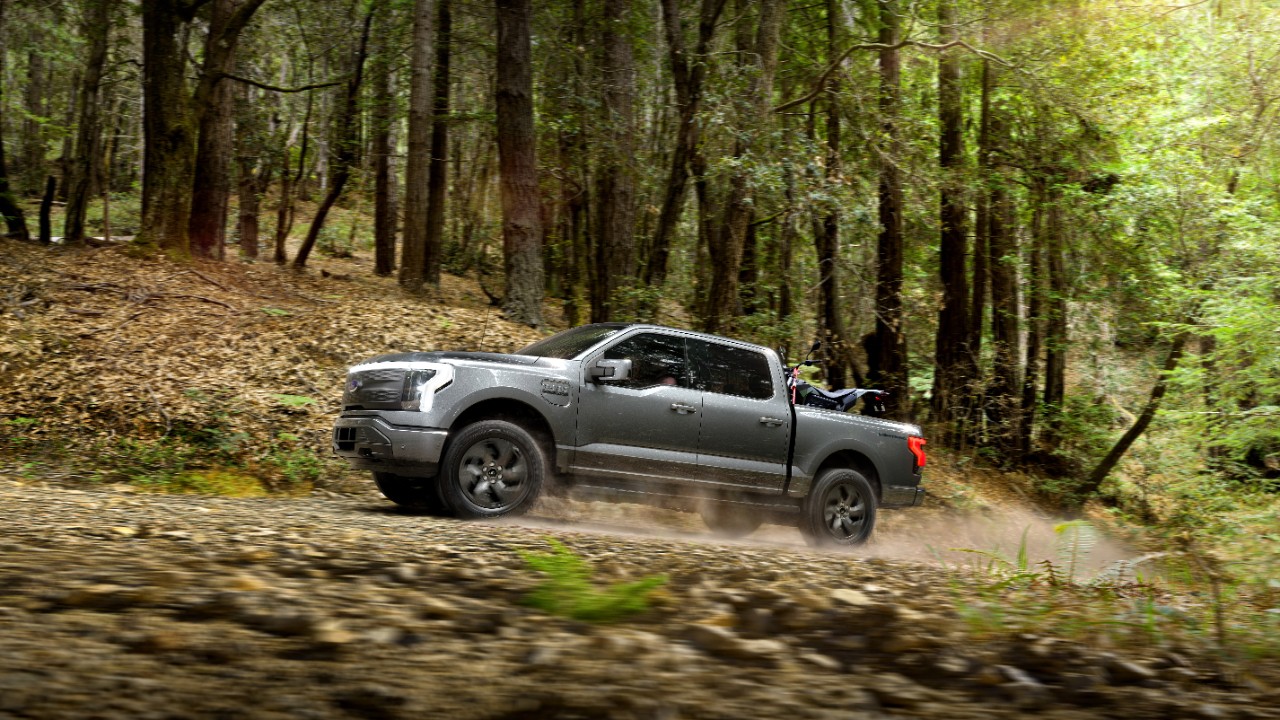 The 2022 Ford F-150 Lightning isn’t a long-hauler like the diesel trucks in the F-Series lineup, but it boasts respectable range numbers for an electric pickup. The standard battery is estimated to achieve 230 miles per charge, while the big battery is said to get 300 miles.

If you need to juice up on the road, a DC fast charger will restore 54 miles for every 10 minutes it’s plugged in and charge the battery from 15-80% in about 41 minutes.

The F-150 Lightning Has the Power 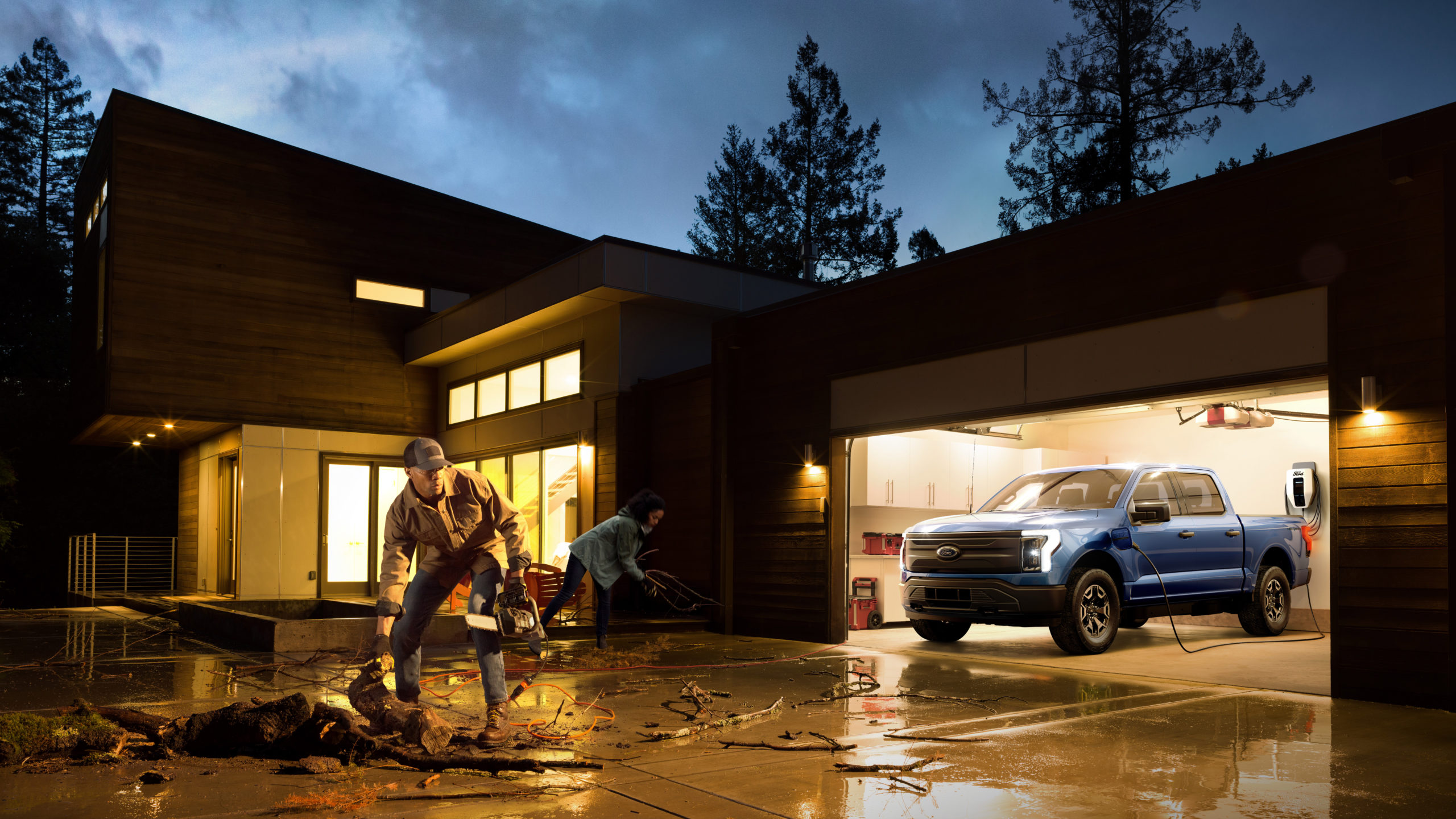 Ford is working on a smart energy system that will automatically draw power from your truck during peak hours and charge it at off-peak times, saving you money on your electric bill and relieving pressure on the grid.

Junk in the Frunk 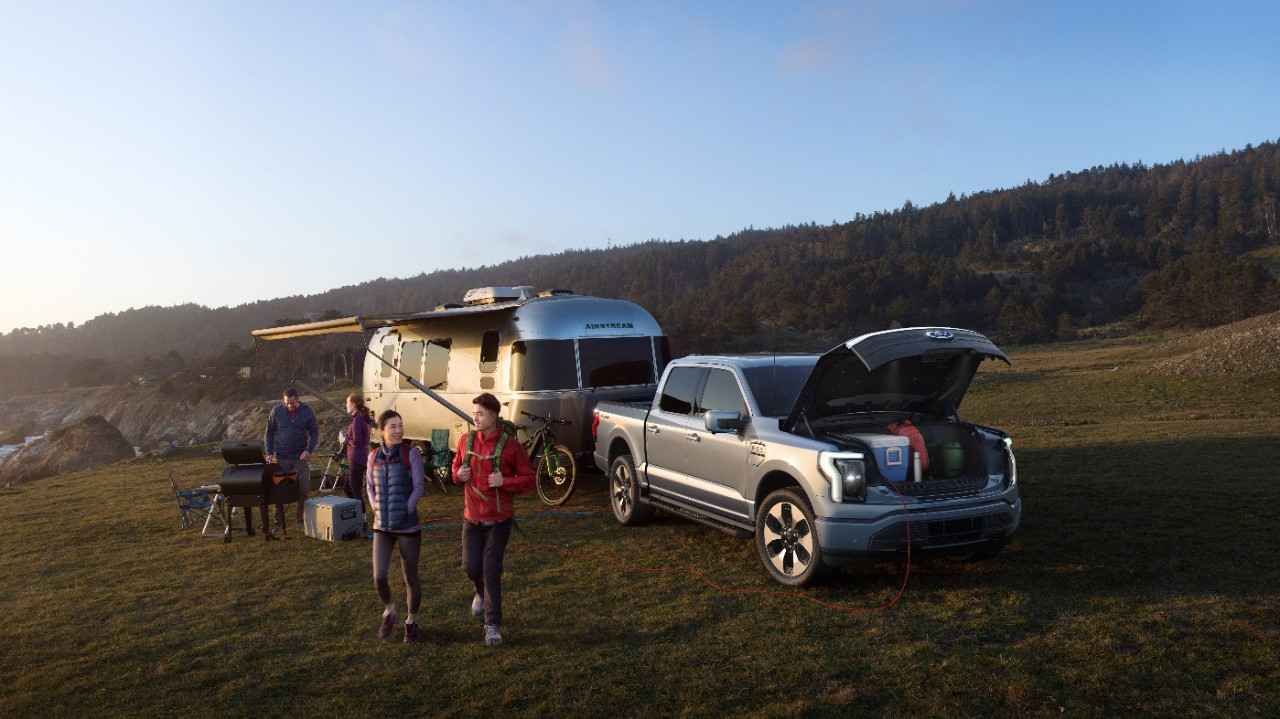 Since there’s no internal combustion engine up front, there’s plenty of space under the hood for your groceries, luggage, or whatever else you want to throw in. The frontal cargo area offers an estimated 14.1 cubic feet of volume, or enough room to stuff two carry-on bags, two sets of golf clubs, and one big bag you’d have to check at the airport.

The unique storage space is also water-resistant and has a drainable floor for easy cleanup. That means it can double as a cooler for your next cookout or tailgate party.

Additionally, the front axle has been reinforced to allow a payload capacity of 400 pounds in the Frunk. 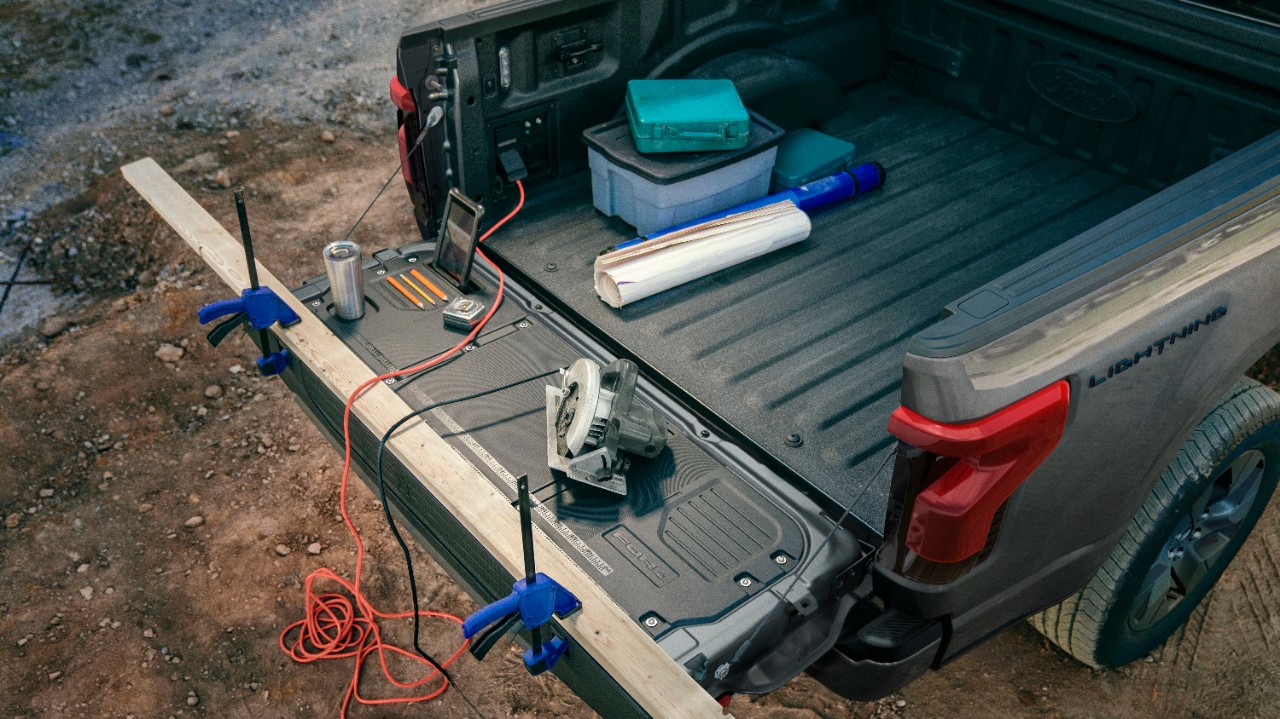 The 2022 Ford F-150 Lightning can use its battery pack to power just about anything, from iPads to coffee grinders to drills and other tools. The base trim gets you 2.4 kilowatts of power, but Lariat and Platinum models come standard with 9.6 kilowatts, with 2.4 kilowatts available in the frunk and 7.2 kilowatts through outlets in the bed and cab. 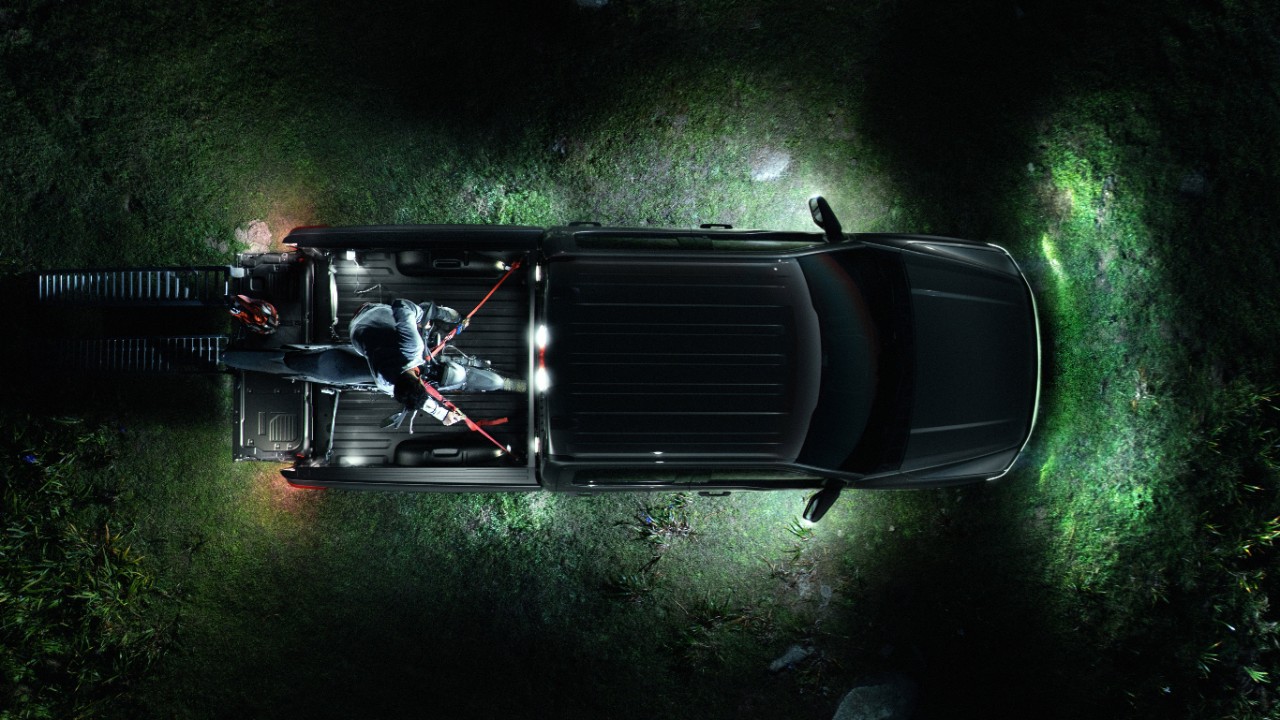 That should be plenty of juice to light up your campsite with strobes and pump the bass up to 11.

Huge, tablet-like infotainment systems are nothing new, but the F-150 Lightning’s available 15.5-inch touchscreen is up there with the biggest in the business. The massive display runs Ford’s Sync 4A interface and supports Apple CarPlay, Android Auto, Amazon Alexa, and Sync AppLink apps.

An Electric Vehicle That Can Tow 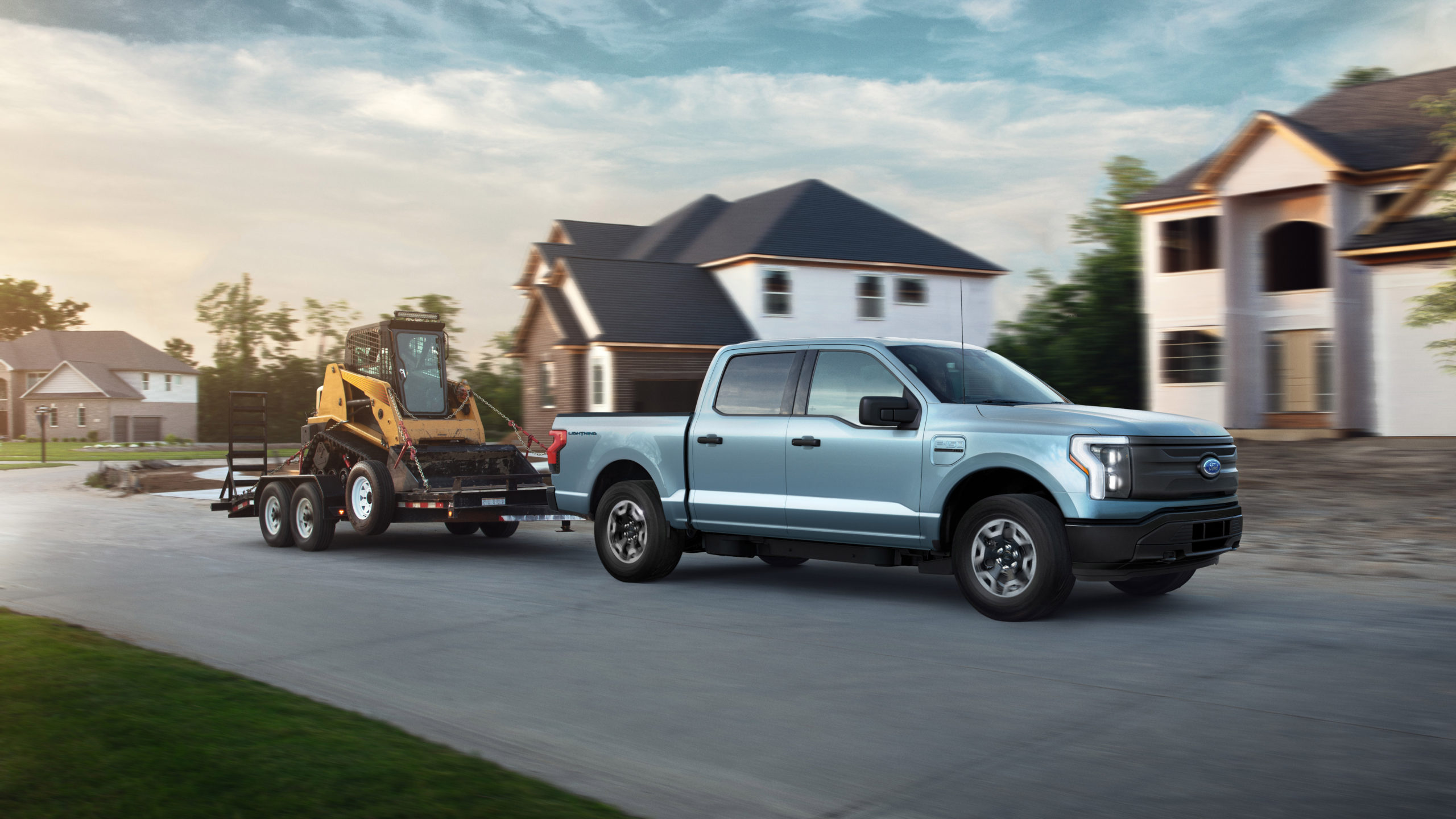 Ford began its tease of the all-electric F-150 with a towing stunt back in 2019, so it should come as no surprise that the production 2022 Ford F-150 Lightning delivers on towing capacity. When equipped with the extended-range battery pack and Max Trailer Tow Package, the F-150 Lightning can tow up to 10,000 pounds.

Worried that much weight might shorten your range? Ford’s Intelligent Range estimator factors in payload and towing weights when calculating range for your trip. Of course, range will be greatly reduced when towing, but at least you’ll know to what extent. Range anxiety be gone. 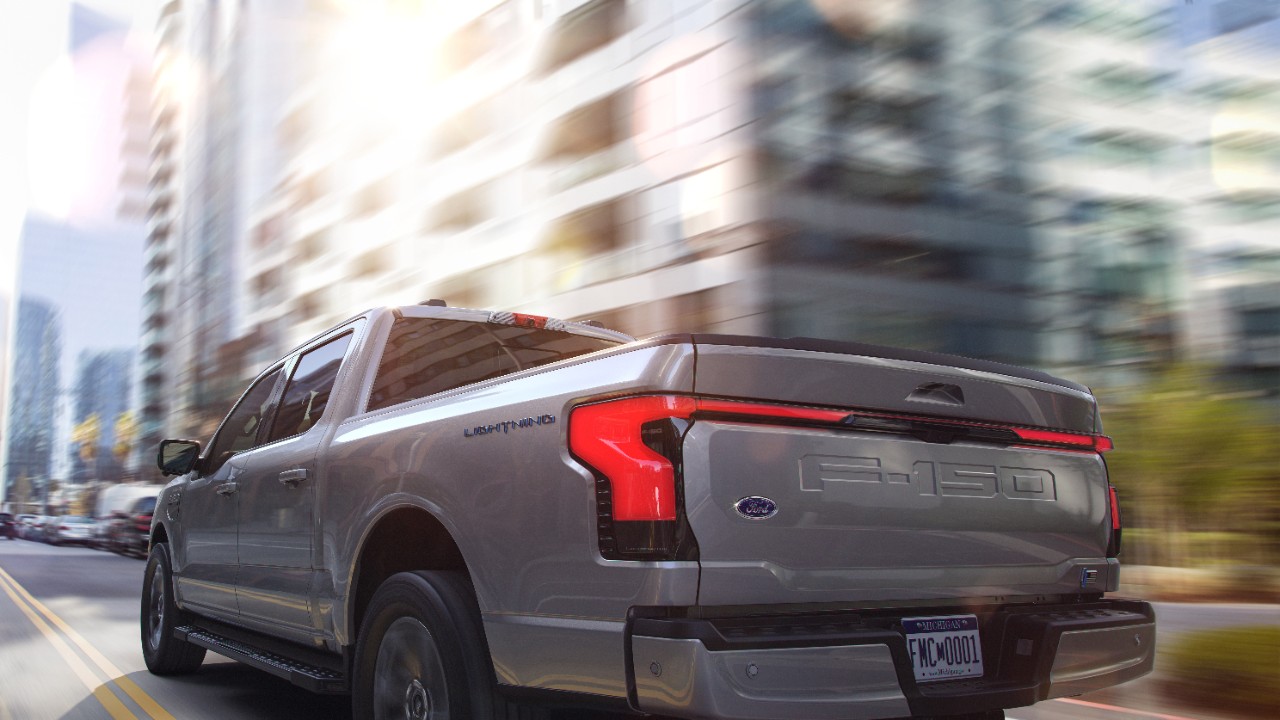 Unlike other F-150s, which still use a live rear axle, the Lightning utilizes a fully independent rear suspension to accommodate the inboard rear electric motor. This marks the first application of a rear independent suspension in F-150’s history. It should greatly improve the ride characteristics of the truck, especially on-road. 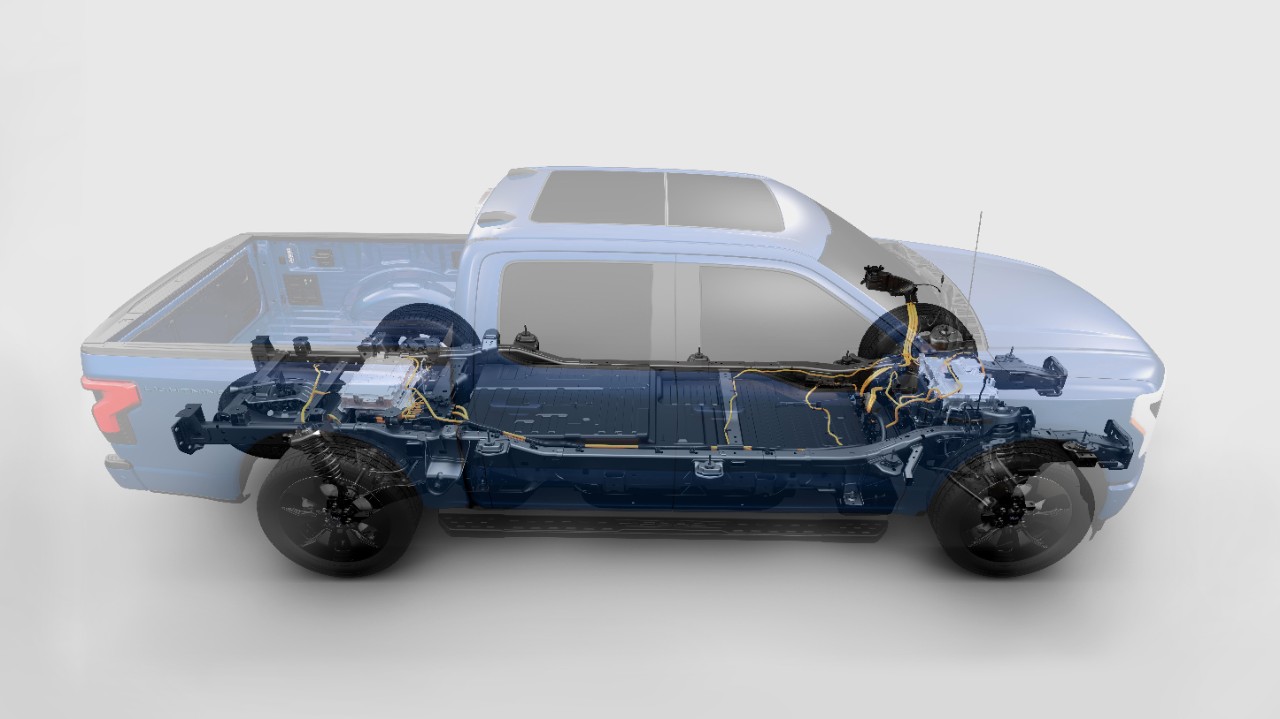 With an electric motor powering each axle, the Ford F-150 Lightning comes standard with “4×4” electric all-wheel-drive capability. Ford says the dual-motor setup has been engineered to handle rough terrain. 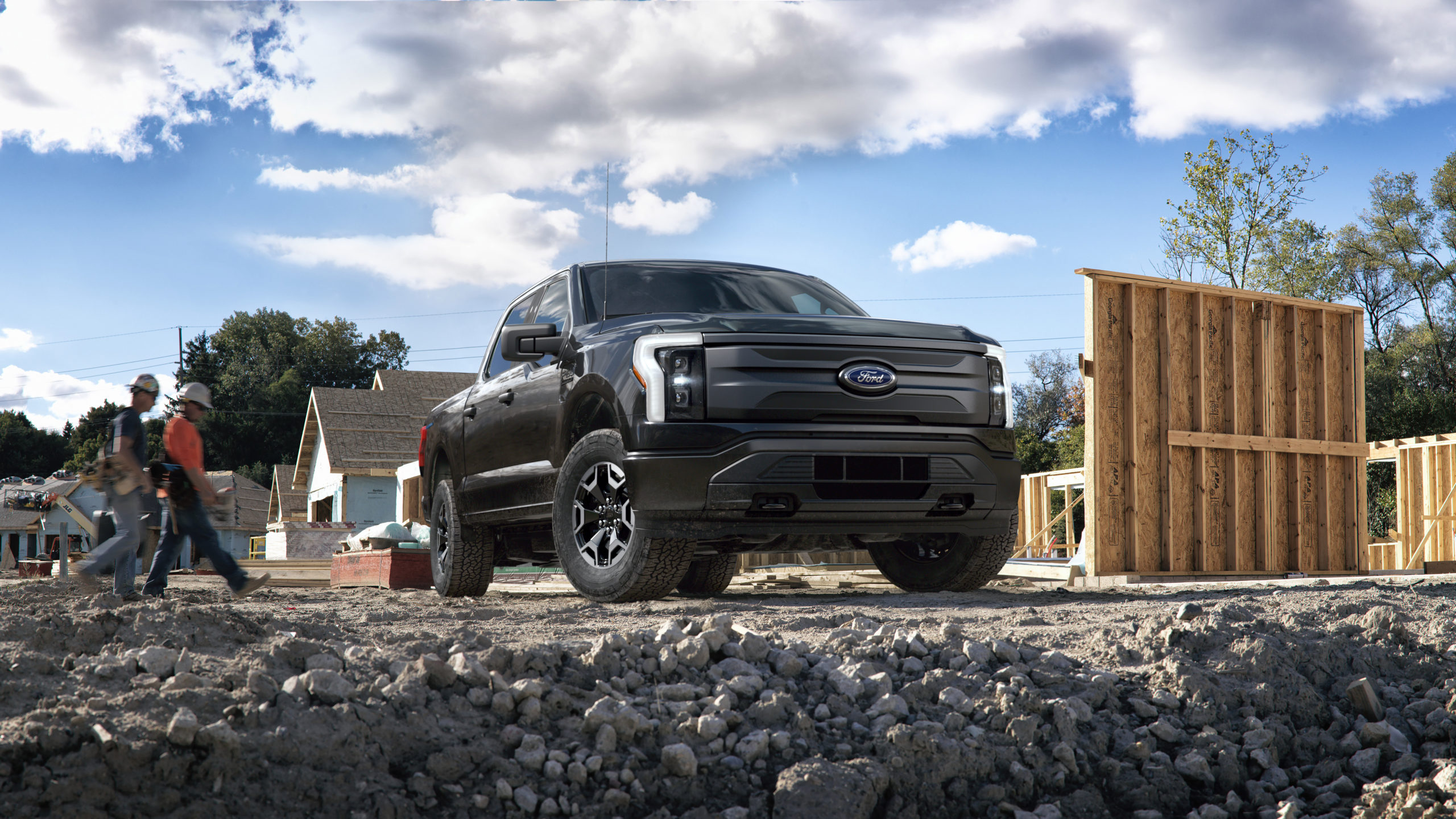 The 2022 Ford F-150 Lightning will start at $39,974 when it goes on sale in spring 2022. That price doesn’t include applicable state and federal tax credits, which could make the Lightning one of the best F-150s for the money. To give you an example of how much you could save through tax incentives, the federal tax rebate is $7,500, and if you live in California, you can get up to $7,000 back through the state’s Clean Vehicle Rebate Project. Once those tax credits are factored in, the Lightning’s starting price rings up at $25,474.

However, it’s worth noting that price gets you a base truck, called the Ford F-150 Lightning Pro, designed for work and thus equipped with fewer amenities. Upgrading to the extended-range battery tacks on an additional $10,000. Meanwhile, the mid-grade XLT model starts at $52,974, and you can expect Lariat and Platinum trims to command upwards of $60,000 and likely even approach $90,000 when fully optioned up. But considering the cheapest GMC Hummer EV truck will start around $80,000 (and won’t even be available until 2024), that’s not too bad.

Alex is a journalist based in Los Angeles with a passion for cars, history, and the arts. He was a staff writer for Motor Trend for 10 years, and in that time also contributed to Automobile, Super Street, Truck Trend, Four Wheeler, and other automotive publications. He's currently in the process of restoring an E30-generation BMW 325is, which he's owned (and neglected) since college.