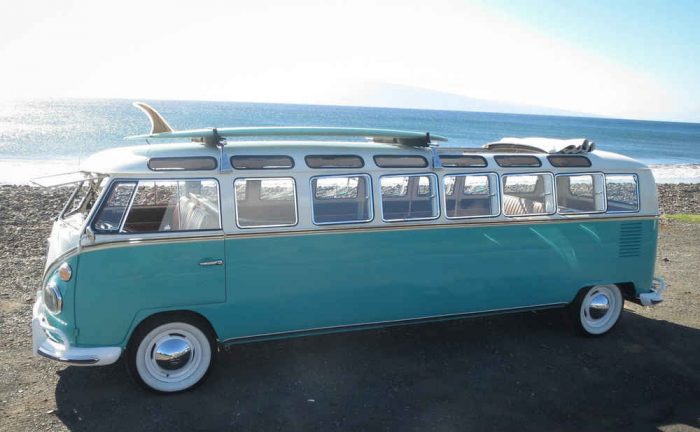 No one can say that limos aren’t cool. Now imagine how cool the combination of a limo and your favorite car would be. If you thought something like that doesn’t exist, you were very wrong. We now present you 25 favorite car models turned into limos.

Which Cool Limo Gets Your Seal Of Approval? 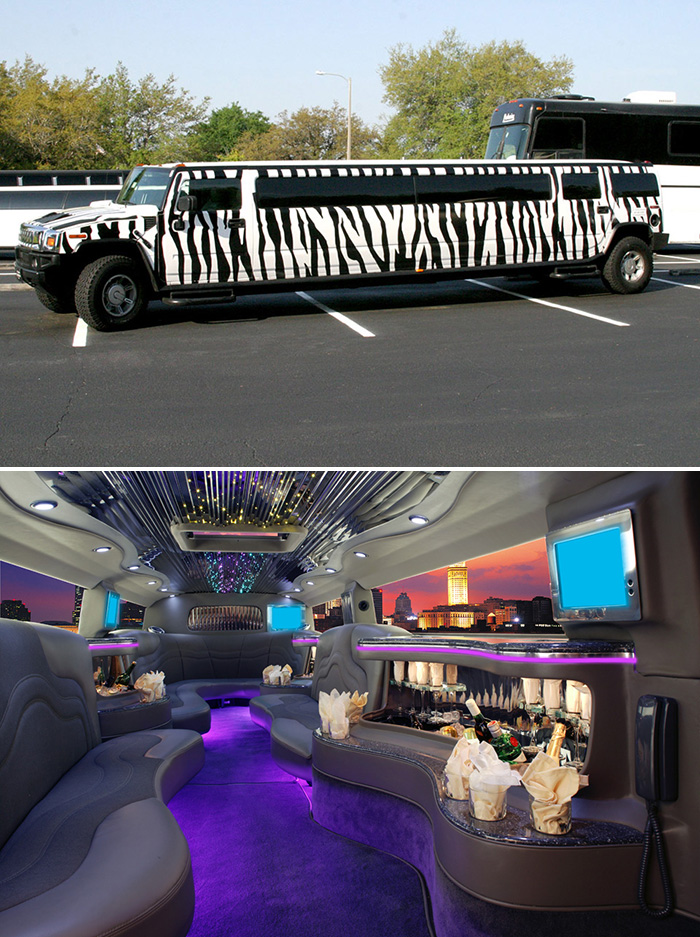 As you’ve probably expected, H2 made our list. Hummer H2 limo is a popular choice for city tour rides. There are lots of reasons for that, from the fact that car itself looks amazing, to having a lot of room inside. This particular car is spacious enough to fit twelve people at once. 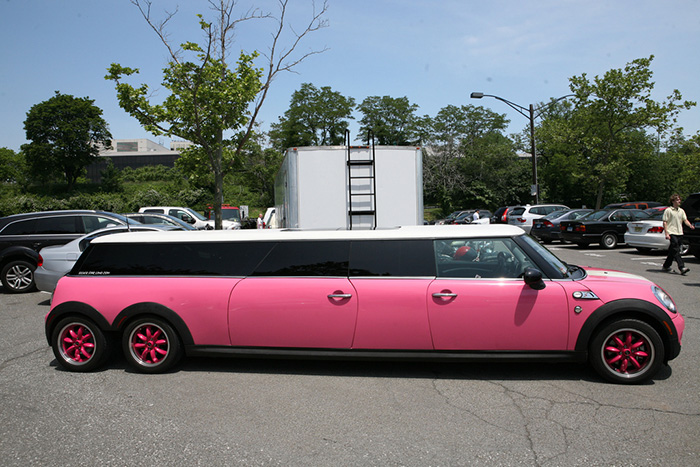 If Hummer H2 was a logical choice for a car to be turned into a limo, you can’t say the same about Mini Cooper. Still, the one who made it did a very good job, expanding it so it could let twelve passengers in. This 6-wheel limo was based on a Mini from the early 2000s and its cost is estimated to be north of $150,000. 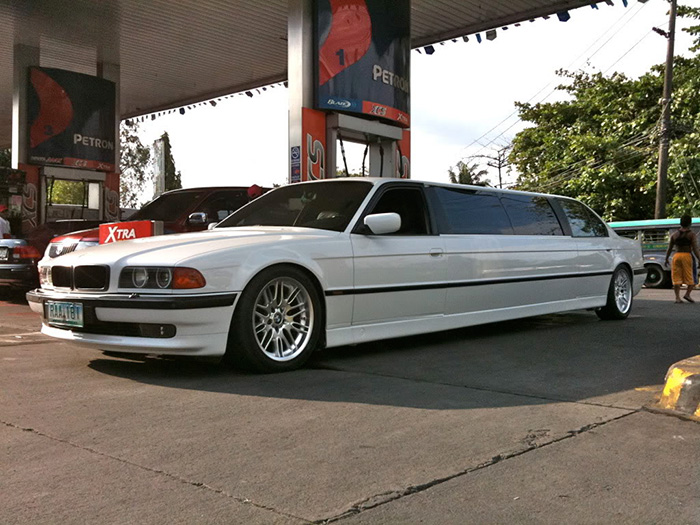 BMW E38 was one of the most popular models of the German manufacturer in the late 1990s. In fact, over 340,000 of them were made since the production started in 1996. E38 BMW Limo is one of the most iconic limos ever and such was featured in a number of Hollywood movies. 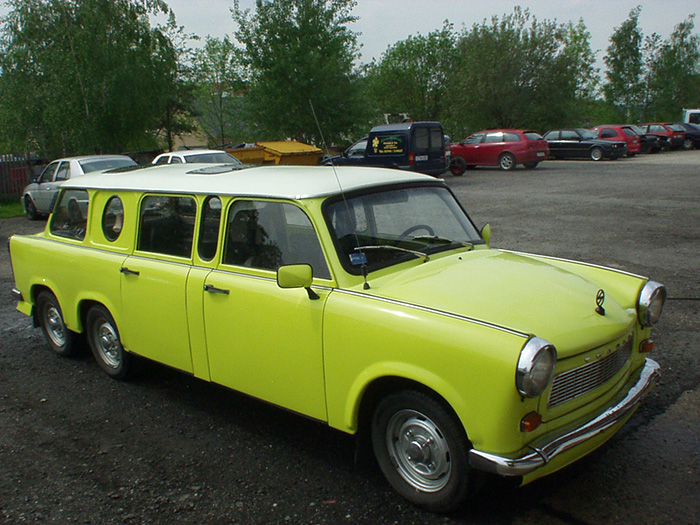 Trabant is a symbol of the communist East Germany, where its production lasted for over 4 decades. Trabants were extremely cheap, so almost anyone could buy them. With the low price came a low quality. There were stories about Trabants getting eaten by pigs. Out of over 3 million Trabants produced, some were turned into 6-wheel limos. Powered by a two-stroke 600cc engine, the limo version is able to fit the maximum of 8 passengers at once. 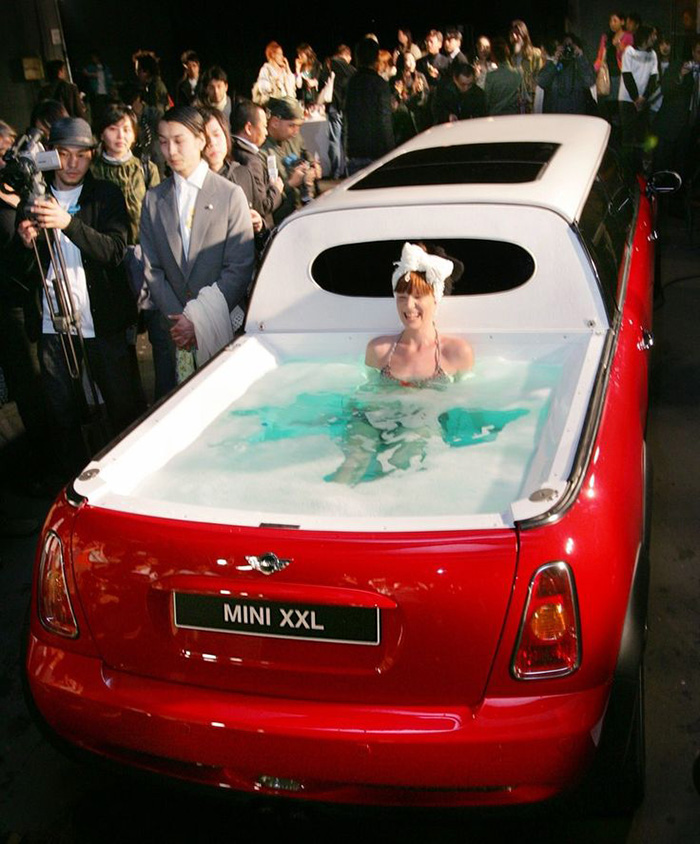 Here’s another Mini Cooper on our list. The British car is obviously a source of inspiration for people looking to make limos out of regular car models. This time, it’s a limousine with a pool installed at the rear end. 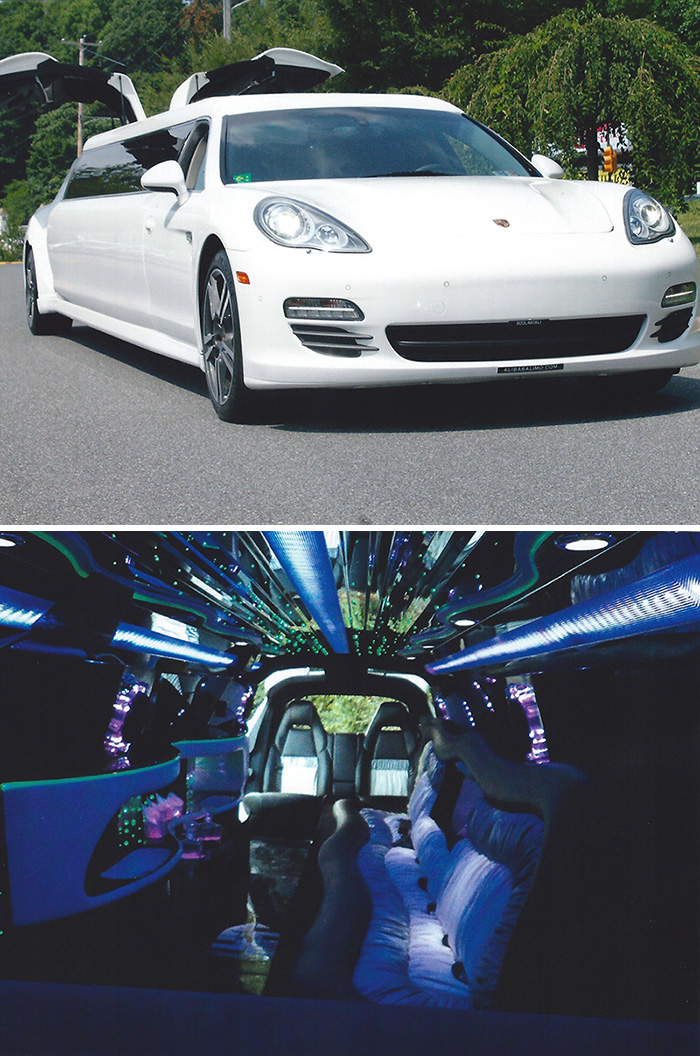 Same as every Porsche, this 8-passanger limo is also very fast. It needs only 6 seconds to go from 0 to 60 MPH. Porsche Limo is available for rent in Florida, at the price of $1,500 for 3 hours. 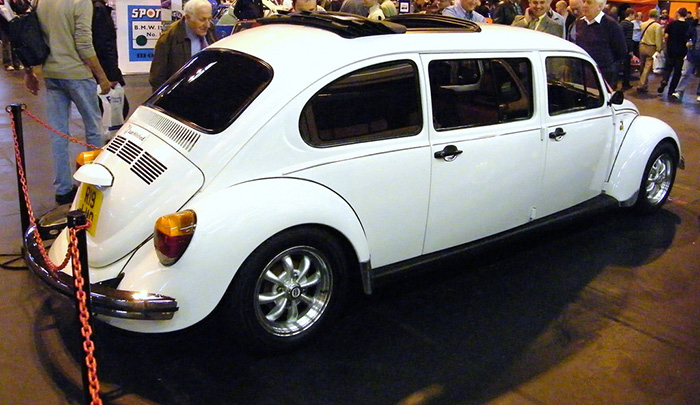 The production of the original Volkswagen Beetle was approved by the fuehrer himself, Adolf Hitler, in the 1930s. Ferdinand Porsche, founder of the Porsche car company, was the man behind this car’s design, which is still very popular. In fact, Beetle’s peculiar design makes it one of the cars with a cult status. That is why it’s no surprise all kinds of them are to be seen on the roads, including the VW Beetle Limo. 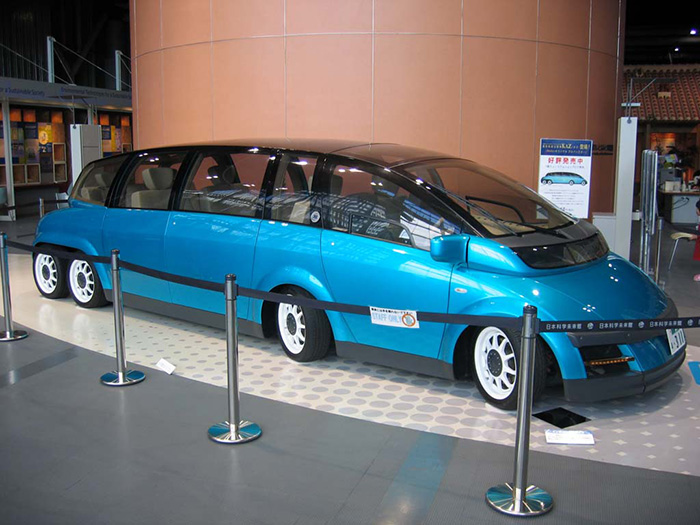 Students from the Keio University in Tokyo, Japan designed an all-electric limo in the early 2000s. The 22-foot limo is an eco-friendly vehicle, powered by batteries. Still, being electric doesn’t mean this car is slow. In fact, this limo broke a world record in 2003 when it became the world’s fastest electro-powered limo. 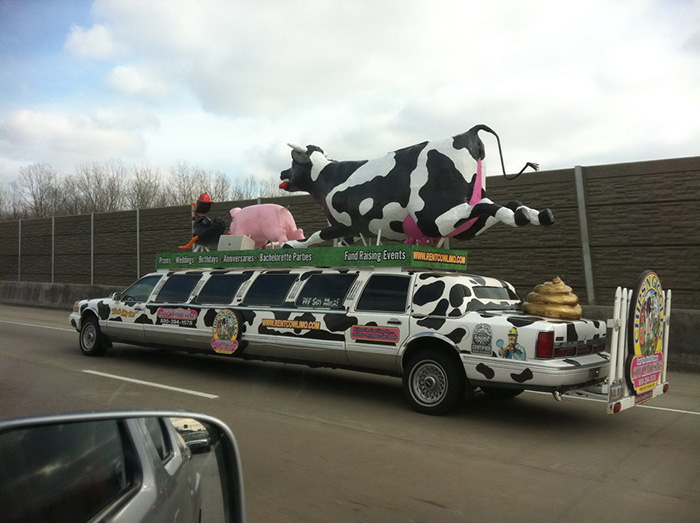 This strange limo has a cow figure installed on its roof, which apparently is chasing a pig and a chicken. The Cow Limo is used for rent and according to the limo company, it’s perfect for bachelor parties. 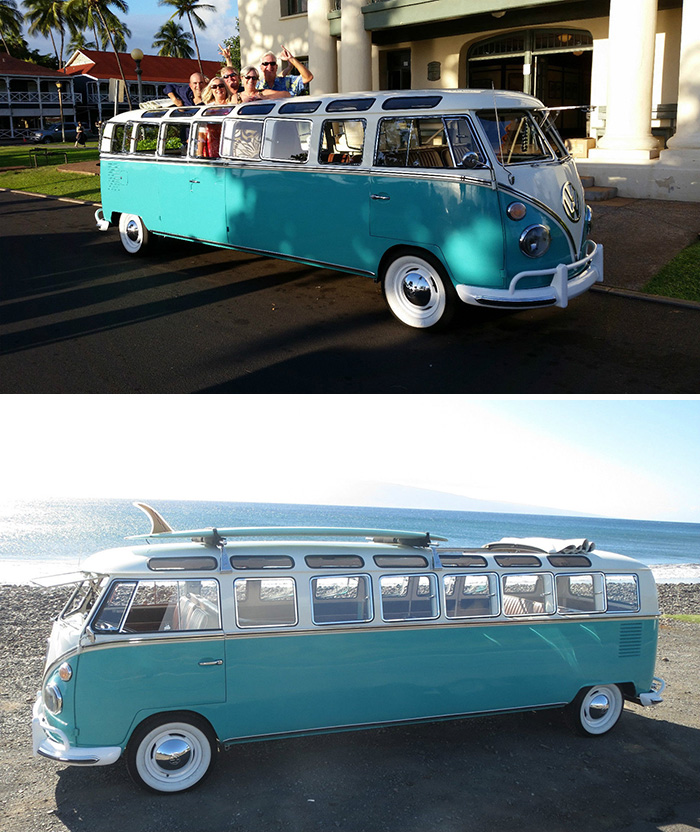 VW Bus is synonymous with the Hippy movement as it was the favorite mean of transportation for hippies in the late 1960s. This year, a limo version of it was constructed and sold at the price of $220,000. 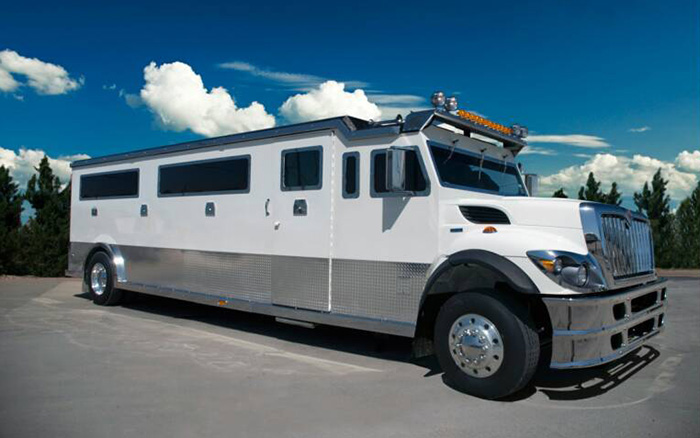 Made in Texas, this powerful limo is actually bulletproof as it was made of the same kind of material used in the production of real armored vehicles. If you’d like to get one for yourself, you would need to splash out nearly a million of US dollars. 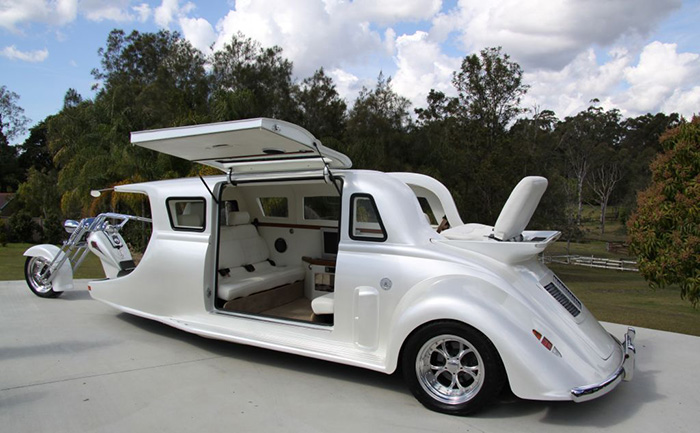 This interesting vehicle is actually a combination of a Harley Davidson motorcycle placed at the front end, and a regular limo at the rear. Let’s call it a motorcycle limo. Actually, the bike at the front is the only thing that separates this limo from other limos. 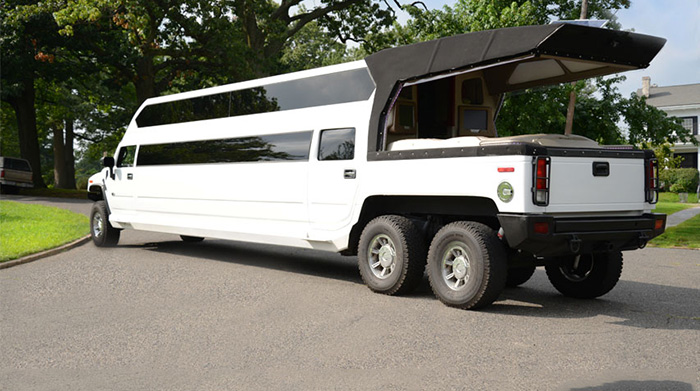 This 6-wheel limo can fit 30 people inside, who surely wouldn’t feel uncomfortable. Apart from being spacious, this large limo also has amenities to make the ride memorable. Its luxury features include TVs, bars and even a Jacuzzi at the back. 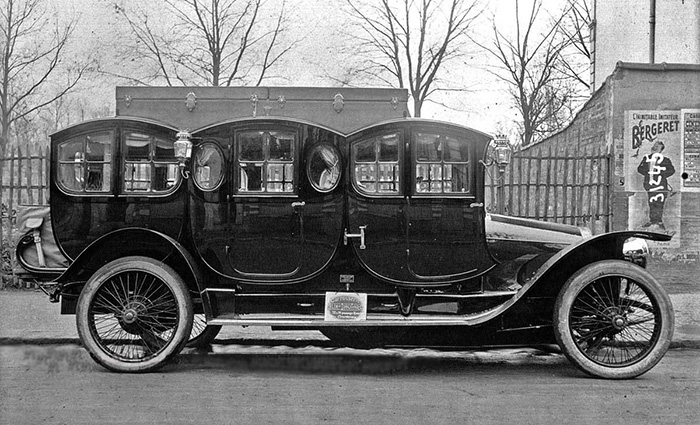 According to some sources, this vehicle is the first commercial limo ever. Its production started in the early 20th century in France by a company called Alin & Liautard. 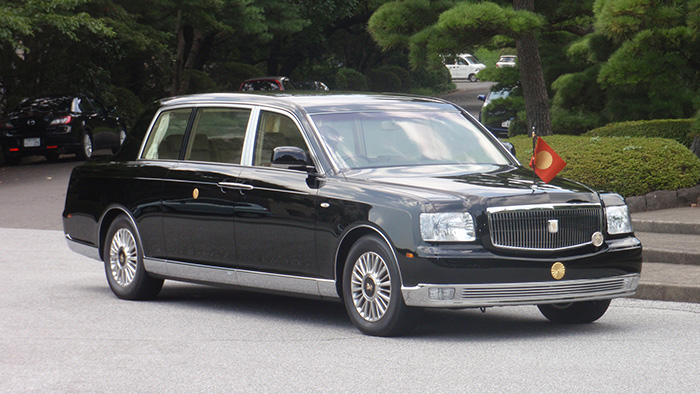 Same as the US President has the Cadillac One, Japanese officials have their own unique vehicle. The performances of this limo are classified, but we can bet they’re amazing. When it comes to the cost of the car’s production, it is estimated that it’s about half a mill. 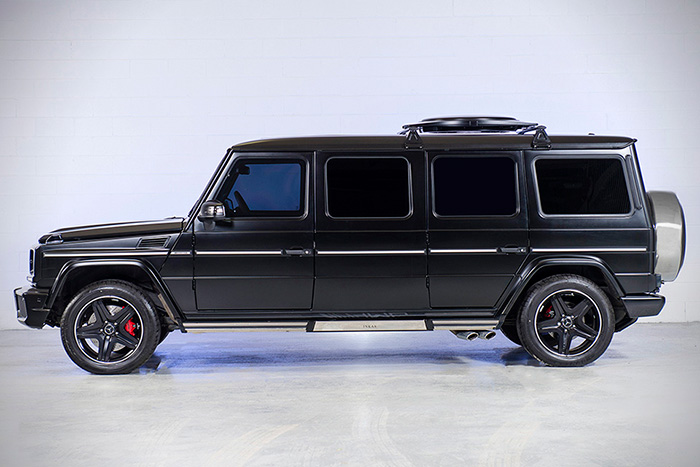 Mercedes G63 is a powerful off-road vehicle, capable of tackling any kind of terrain. To make it even more amazing, Canadian car customizer Inkas Group, stretched it and created a limo. Mercedes G63 Limo is equipped with bulletproof glass and a very luxurious interior. The price of the G63 Limo is also impressive, being north of one million. 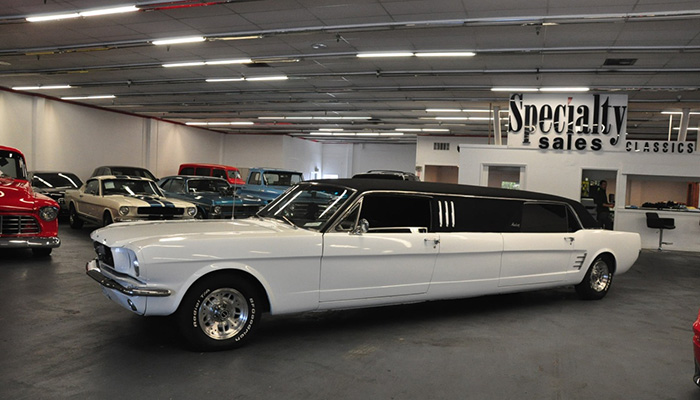 This limo is the perfect choice for those who love the muscle-car look of the Ford Mustang, but prefer comfy interior found in limos. There isn’t too much info about this limo, other than that a few years back, it was offered for auction at eBay with the starting bid of $10,000. 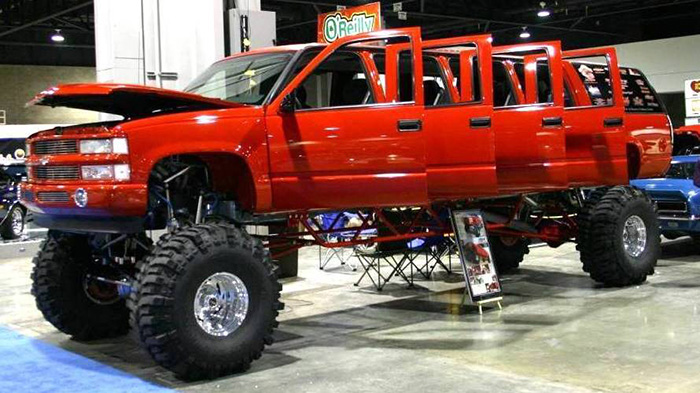 While the previous entry was about a mixture between a Chevrolet muscle car and a limo, this one is a combination of a monster truck and a limousine. The vehicle is lifted 4 feet off the ground, which gives it that monster appeal. On the other hand, its interior is pretty luxurious and spacious enough to allow 10 people in. 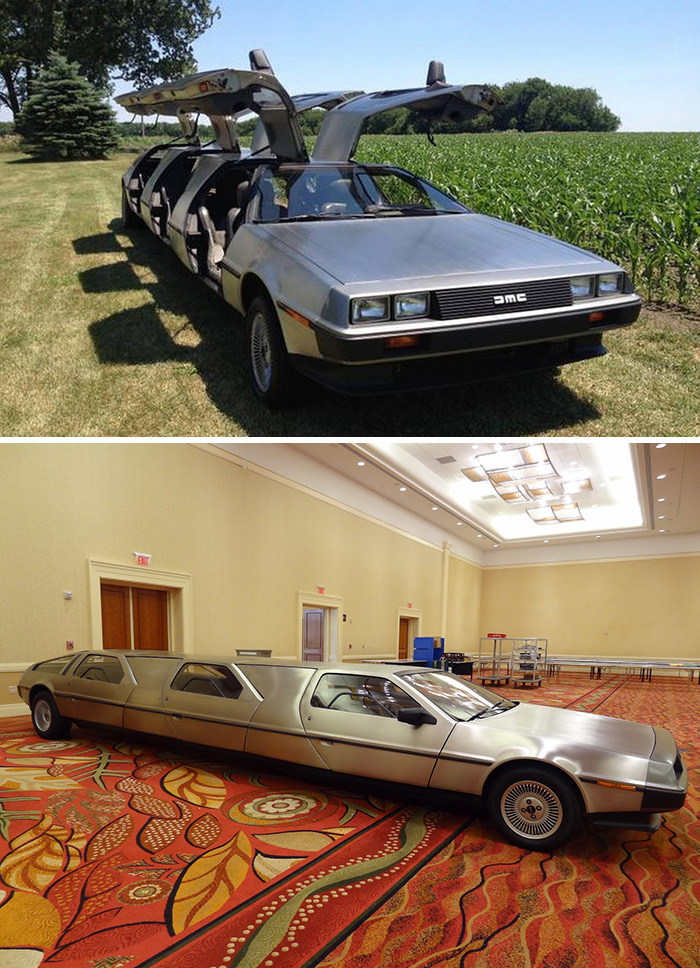 There’s a limo version of the car that Doc and Marty used to go back to the future in the movie of the same name. It’s owned by Rich Weissensel, a car enthusiast from Chicago, who besides the DeLorean Limo owns a few more versions of this car. 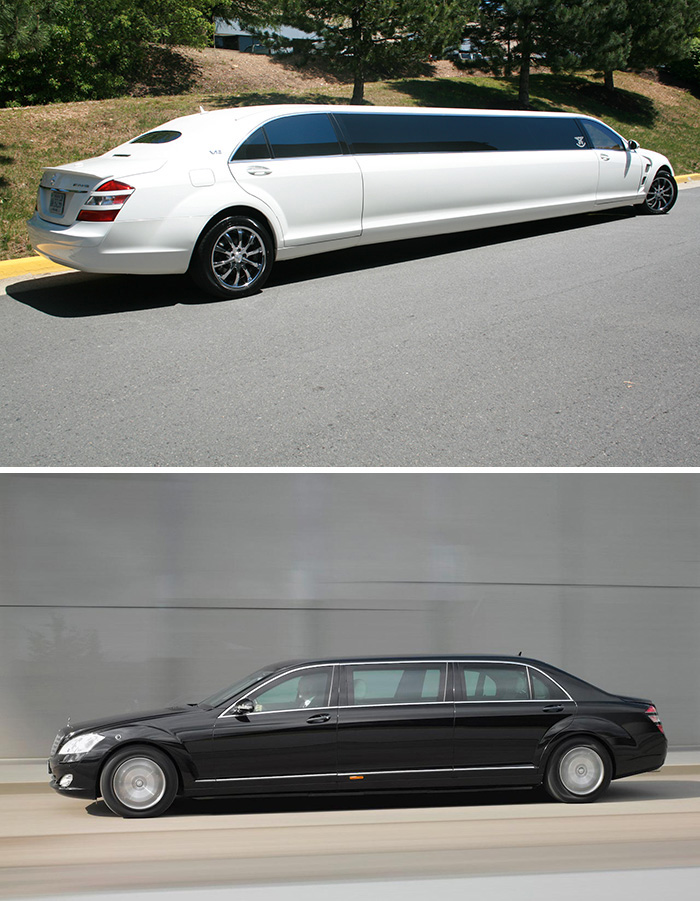 Alpine Armoring Inc is the company behind this 5000-pound-heavy armored limo. The vehicle is impressive both when it comes to its looks and its interior. Because of that, the price of this limo is beyond expensive.

Here’s another motorcycle-based limo on our list. Unlike the Harley Davidson limo that we discussed a couple of entries earlier, this vehicle is not covered. In fact, all of the 9 passengers have to sit in motorcycle seat like it was an ordinary bike. 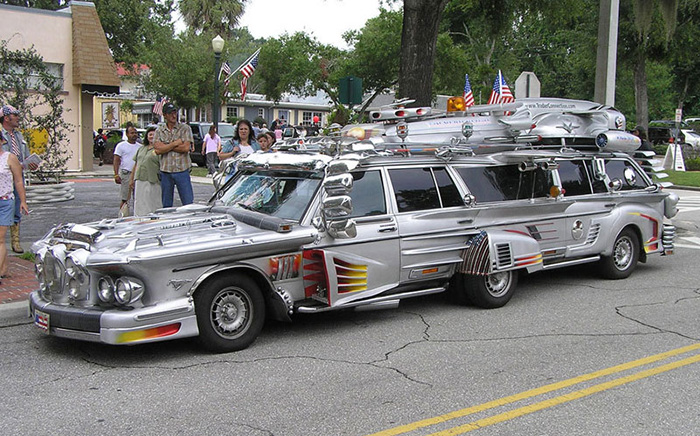 This limousine looks like it came straight from the set of the movie Mad Max. Its apocalyptic design really does look cool, which is why this limo was featured in several TV shows, newspapers and magazines. 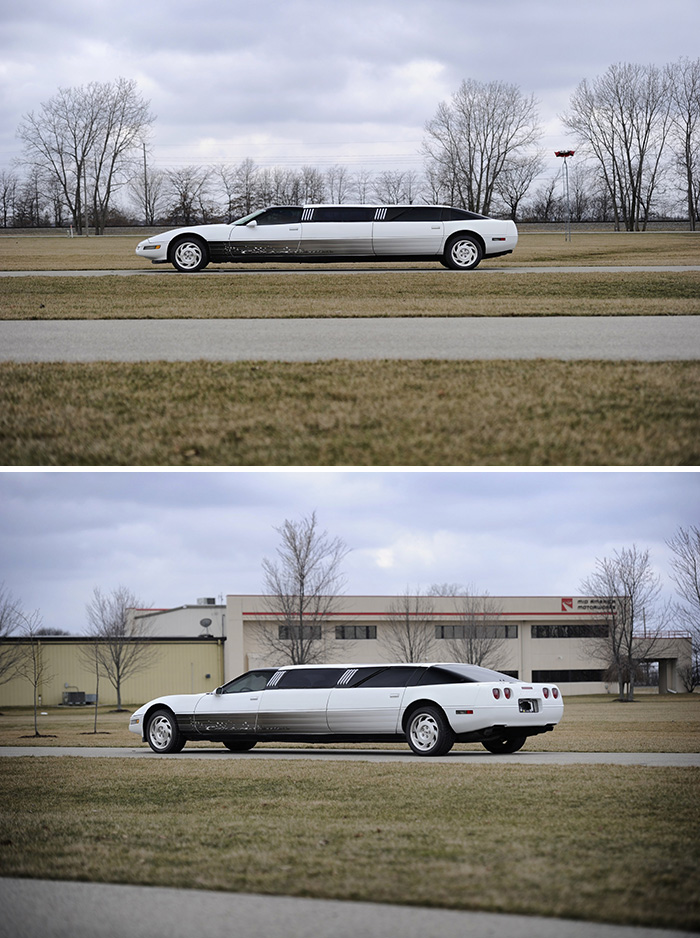 Chevy Corvette is one of the most iconic cars in the world and of course there’s gonna be all sorts of versions of it, including a limo. This particular vehicle is based on the 1994 Chevy, with a powerful 300HP V8 engine. The limo gained a lot of attention in 2010, when it was featured on the cover of the Commemorative Corvette book. 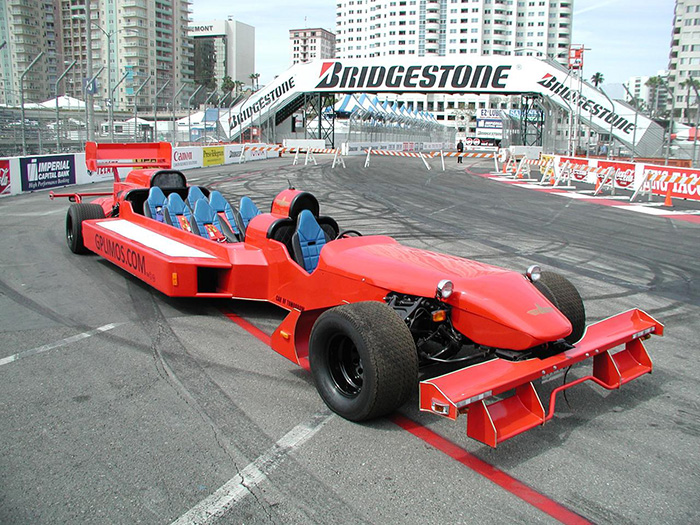 Based on a GP car, this limo looks very interesting. At the front, there’s the driver’s seat which is the same as in any other F1 car. The difference is that at the back of this vehicle, there’s room for six more passengers. 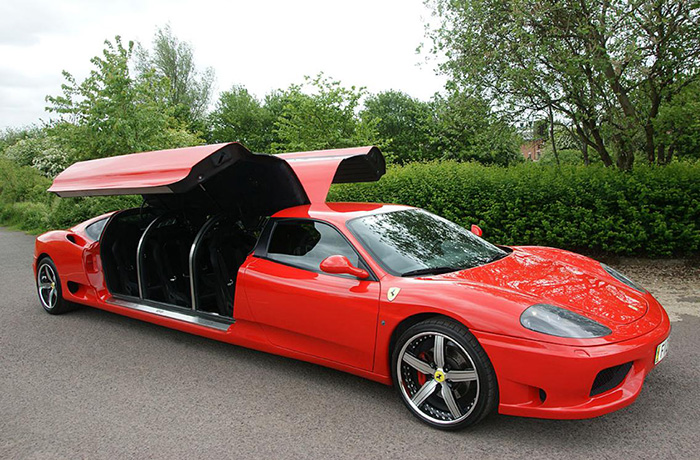 Based on a Ferrari 360, this red limo is one of the most popular rides of the UK car renting company Limo Broker. The limo can produce amazing speed, but that’s not what makes it interesting. The reason why it’s so amazing is that you can fit eight people in a Ferrari that’s originally meant for two.