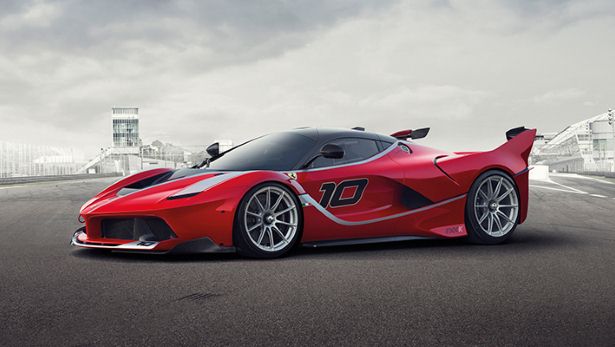 Supercars are awesome, but there is something about track cars that just makes me smile. Maybe it is the insane engineering that goes into the, or maybe it is how the automakers find the oddest ways possible to shed every ounce. Either way, these lightweight and powerful rigs are in a league of their own.

In 2015, we saw a good amount of awesome track-only cars make their debuts, so we decided to take a deep dive into the segment and list our the nine best track cars that debuted this year. 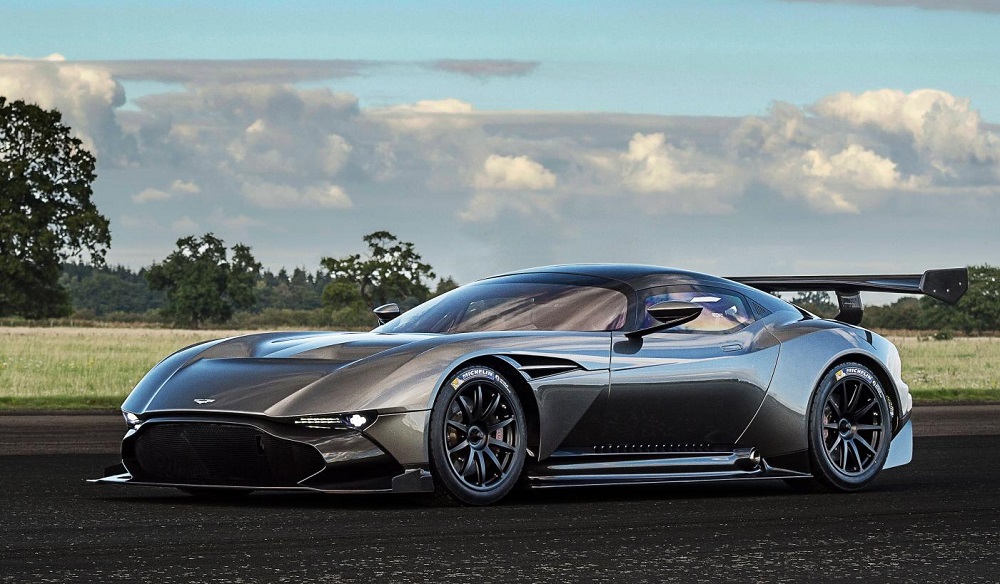 Zenos is one of the newer arrivals in the track-only game, and it arrived with guns blazing with its E10. This rig comes in three states of tune – E10, E10 S, and E10 R – giving buyers plenty to choose from. The base E10 arrives with a 2.0-liter that cranks out 200 horsepower and 155 pound-feet of twist, which gets the Zenos to 60 mph in just 4.5 seconds. The E10 S arrives with and extra 50 horsepower and 140 pound-feet of torque, which cuts the 0-to-60 sprint to four seconds. The range-topping E10 R gains a Ford-sourced 2.3-liter EcoBoost engine with 350 horsepower and 350 pound-feet of twist, dropping the track rig to just three seconds to 60 mph. 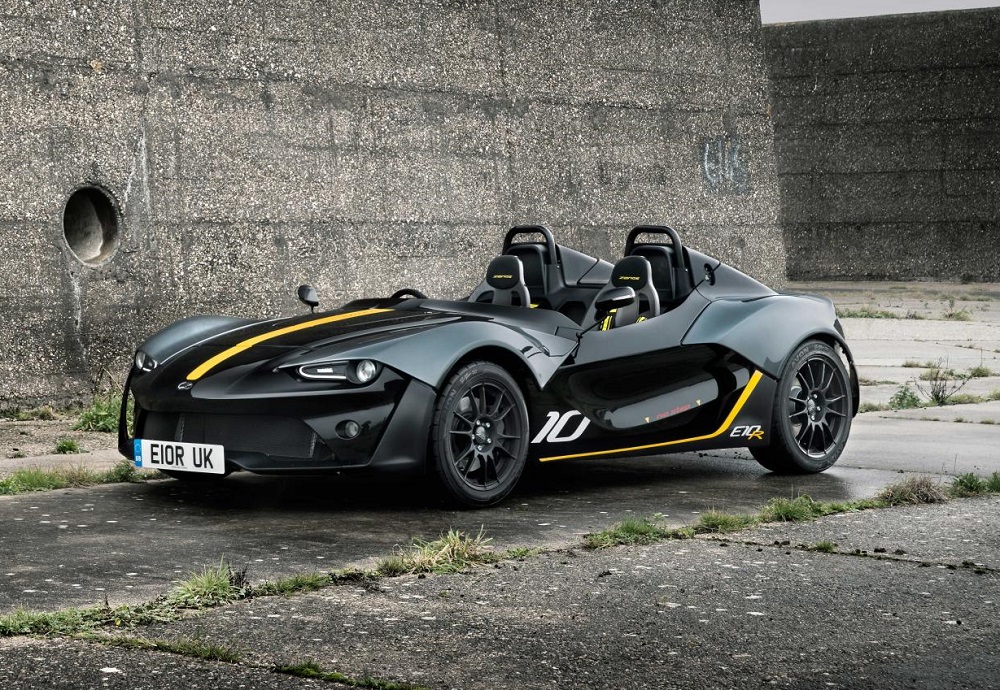 The Cayman GT4 is already arguably the best track-ready Porsche available today, but recently, the automaker revealed a track-only Clubsport version that is even more incredible. It features the same 385-horsepower 3.8-liter flat-six as the base GT4, but the Clubsport comes with a slew of chassis mods that stiffen things up, larger brakes, a race-ready interior, and a curb weight of just 2,866 pounds.

Realistically, the only downside to this revised Cayman GT4 is its $165,000 price tag and the fact that it isn’t street legal. 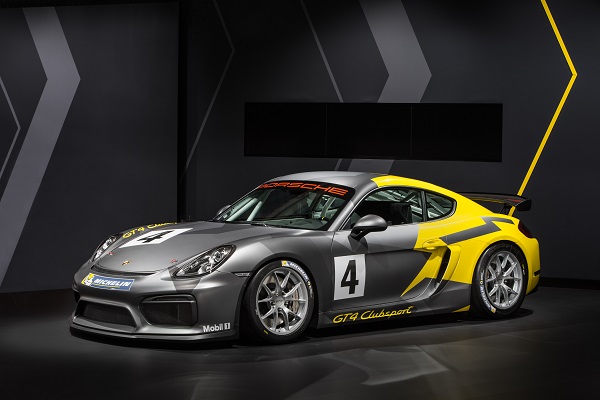 Pretty much anything from McLaren is sure to be nothing short of awesome, and the P1 GTR is no exception. This model is based upon the road-legal P1, and like its road-going sibling, it has a mighty 3.8-liter V-8 that cranks out 789 horsepower and an electric motor that adds in another 197 horses for a grand total of 986 raging ponies.

Where the GTR sets itself apart is its weight loss of 110 pounds, its 3.2-inch-wider front track, 2-inch-lower front splitter, lightweight windshield, and more aggressive aero kit. The latter makes a massive difference in its performance, as it adds 1,455 pounds of downforce at 150 mph – a 10 percent increase over the road model. 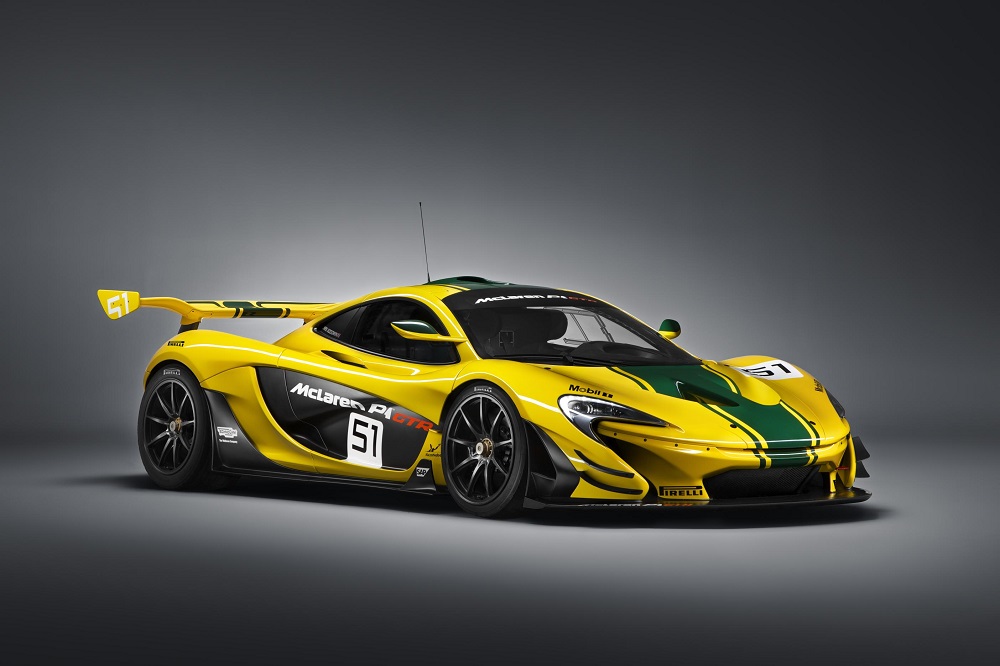 It’s no surprise that Porsche earned two slots on our list, as the brand is known for its track-only versions of production rigs. The 911 GT3 R is based on the wild-and-crazy, but street-legal, GT3 RS, with a whole lot more go-fast bits.

Under the 911 GT3 RS’ hood lays the same 4.0-liter flat-six as the RS, but Porsche retuned it to an undisclosed output that exceeds the RS’ 500 horsepower. On top of the added power, Porsche also lightened the sports car using lightweight body panels and windows, enhanced its aerodynamics, and upgraded the chassis through larger brakes, a revise suspension and larger wheels. 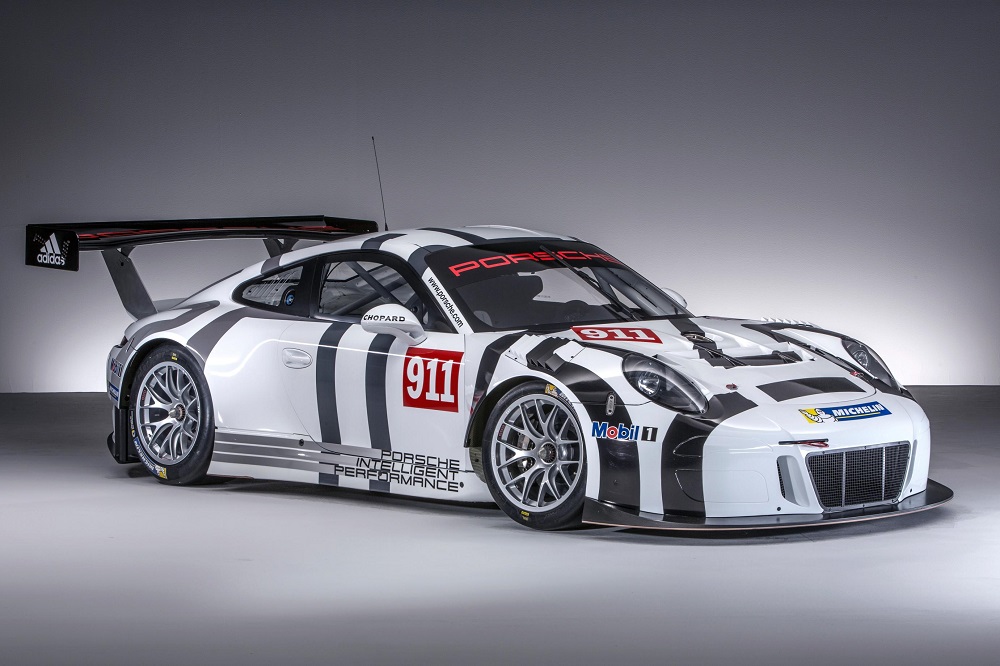 When the Vulcan first rolled out, folks didn’t know what to make of it. Turns out, it is just another amazing Aston Martin track car.

This slick track-only model will carry with it a 7.0-liter V-12 powerplant that produces 800-plus horsepower. What’s more, buyers will have the opportunity to tweak the engine depending on the track and the conditions.

In addition to its gobs of power, the Vulcan also has a carbon-fiber monocoque and body to keep weight low, a limited-slip rear diff, a magnesium torque tube, Brembo calipers, large brake rotors, a pushrod suspension system, a Multimatic Dynamic Suspension Spool Valve, and anti-roll bars.

Unfortunately, only 24 examples will be all that exists, so the chances of seeing one are rare.

The Mercedes-AMG GT is one of the more amazing Mercedes models to roll out in recent years, and the automaker pushed it to new heights with a GT3 racing version. While Mercedes-AMG decided not to publicize its output, it did mention that this model uses the same 6.3-liter V-8 as the SLS AMG GT3 instead of the brand’s new 4.0-liter V-8. 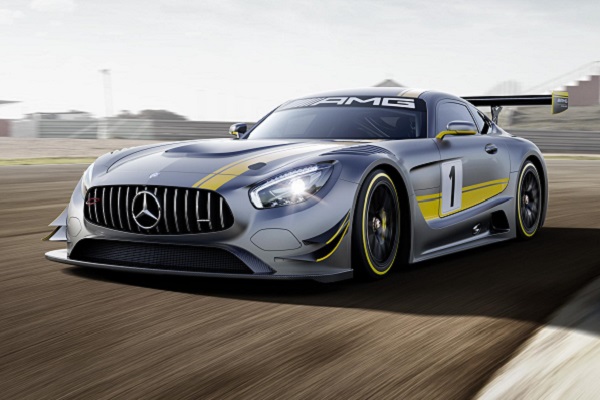 When the LaFerrari debuted, it was only a matter of time before the XX version of it rolled out. This came in the form of the new FXX K, which uses the same V-12 powerplant and electric motor as the base LaFerrari, but with its wick cranked up to 1,035 horsepower.

In addition to the extra 86 horsepower, the FXX K features a twin-profile rear spoiler, a larger front splitter that is 1.2 inches lower than the LaFerrari’s, and an active rear spoiler that extends an extra 2.4 inches. These aero mods all amount to a 30 percent improvement in downforce, putting it at 1,190.5 pounds at 124 mph. 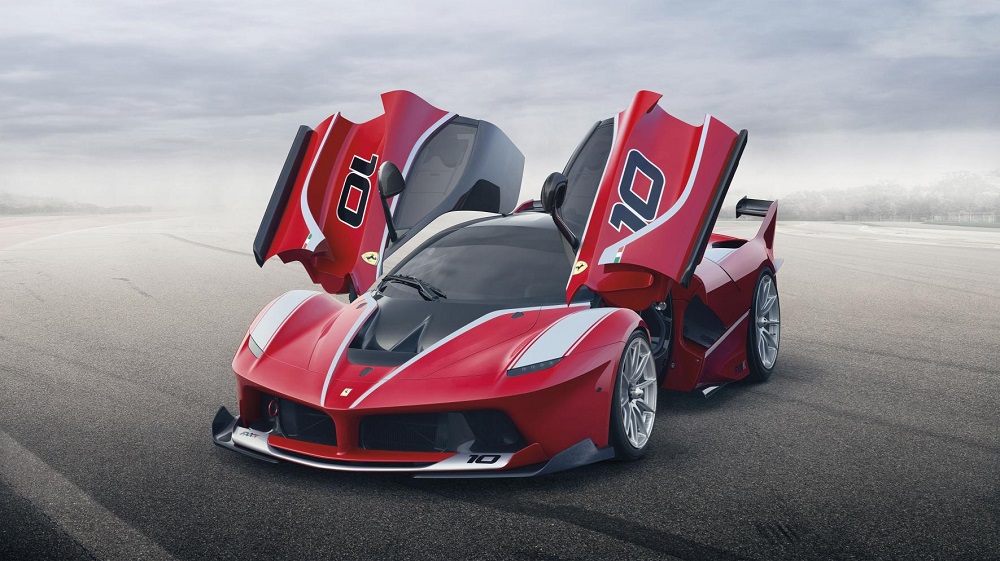 Ah, Scuderia Cameron Glickenhaus never shies away from building crazy cars, and its latest creation, the SCG 003 C, is a prime example of that. This track-only supercar makes use of a 3.5-liter Honda engine with a pair of turbos slapped to it that boost it to 530 horsepower and 516 pound-feet of torque. A six-cog, paddle-shift transmission delivers this might to the rear wheels.

This insane car is pretty much the only one that actually looks the part of a real-life race car, and rest assured that its price tag matches this at several millions bucks. 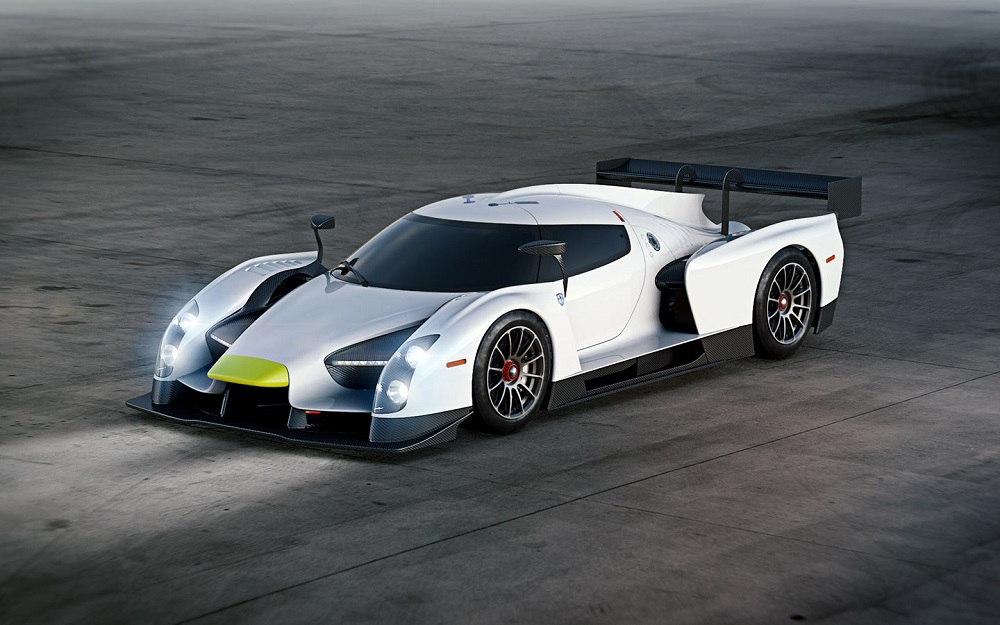 The Audi R8 is good enough to line up and run a racetrack in its standard getup, but the German automaker upped the ante by creating a new LMS version this year.

The first step in creating this hotter R8 is its weight-loss program, which drops the R8 LMS from 2756 pounds to 2,701 pounds. Audi achieved this by way of its lighter space frame, carbon-fiber, and its lighter roll cage.

Power comes from a 5.2-liter V-10 engine that can produce up to 585 horsepower, while the suspension system is a race-tuned wishbone system on the front and rear. 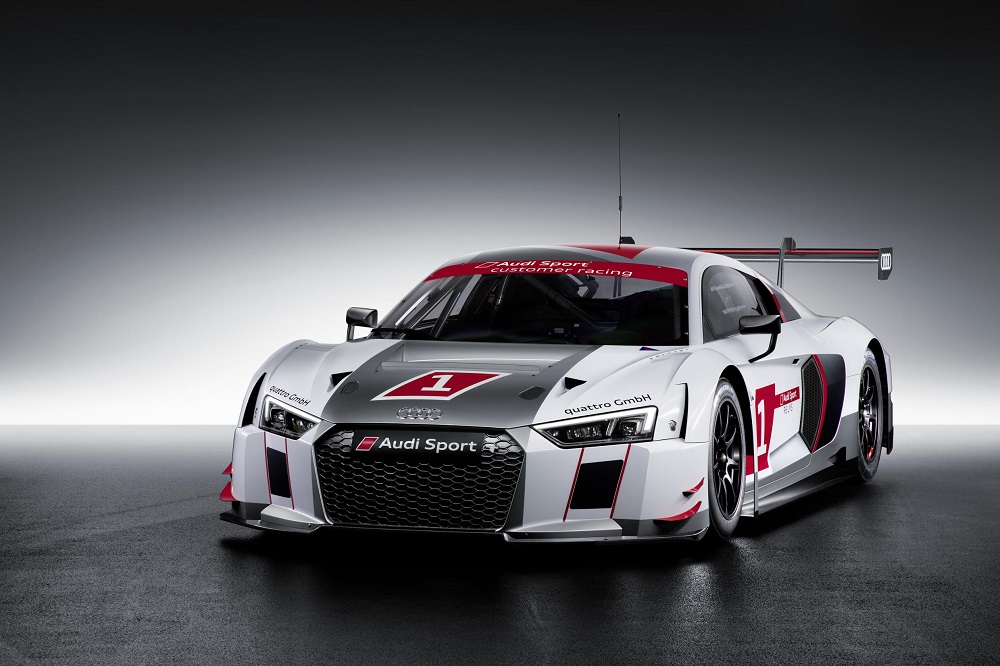