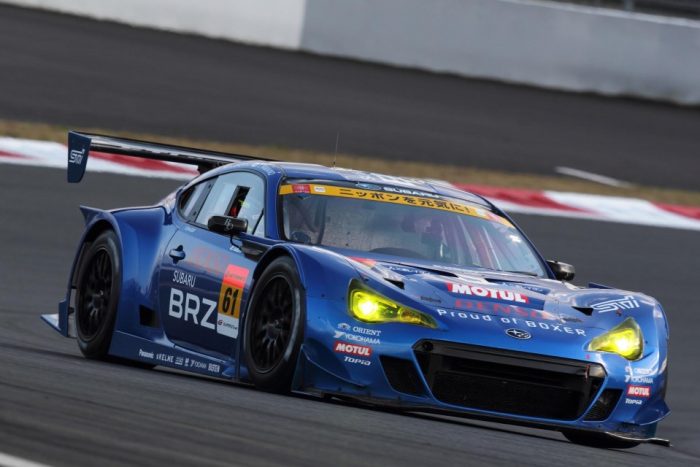 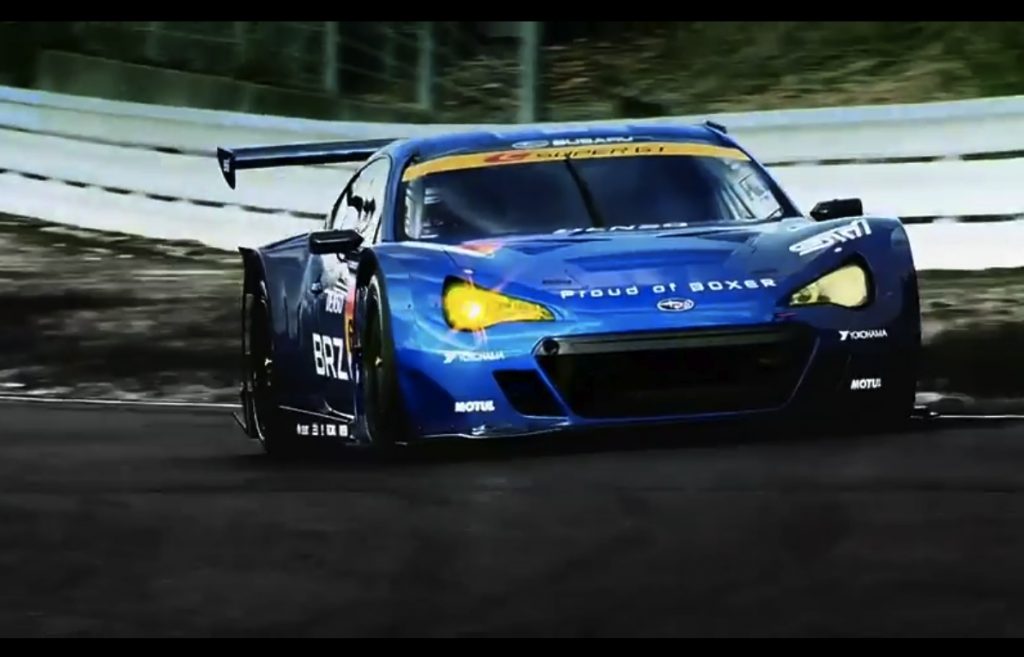 The Subaru BRZ GT300 is a beast of its own when it comes to sport coupes retrofitted into extreme race cars. The BRZ GT300 is built on the body of its road-going counterpart, the Subaru BRZ, although the car is built upon the chassis of the BRZ almost ever aspect of the car has been put into extreme overdrive to make this a race car to be reckoned with. This car is the replacement for Subaru’s iconic Legacy STI, which makes it a real challenge for the BRZ to live up to its racing heritage.

As goes for the body of this car, the BRZ GT300 is like a souped-up version of the BRZ whereas every aspect has been tinkered with to create the perfect mesh of aerodynamic and stylish race car design. As seen by the extensive bodywork on the car we can distinguish the air intake with exhaust ducts across the hood and fenders, huge splitters towards the front, massive wheel arches, exhaust on side panels of car, lower body, rear fenders and two rear spoilers at the back end of the car.  This is one aggressive looking race car with all aspects geared towards increasing aerodynamics and speed. 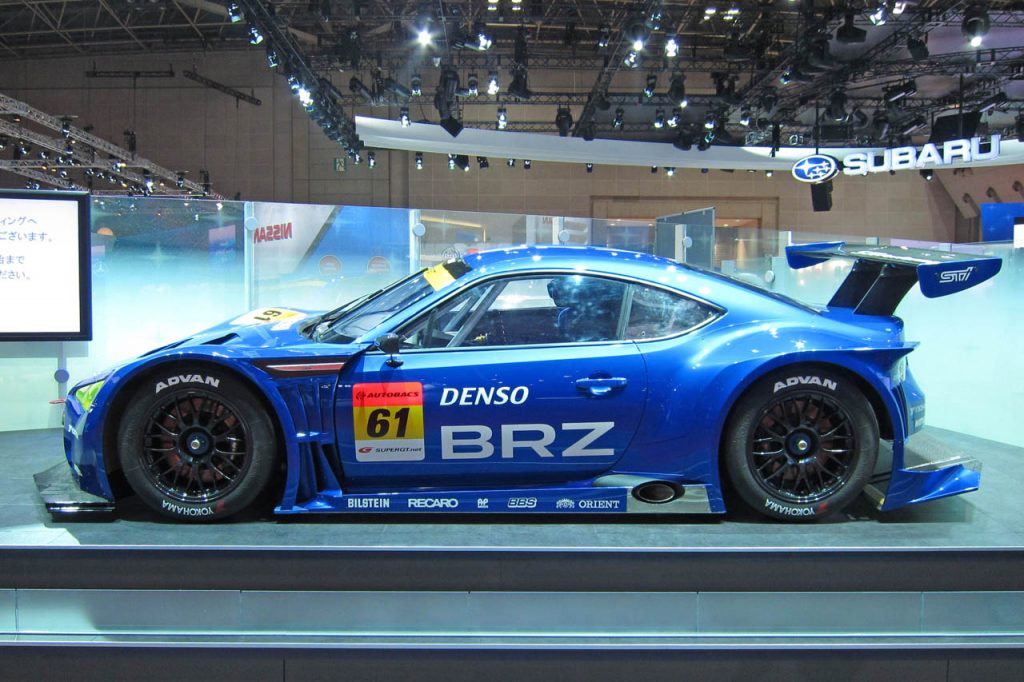 The interior from the original Subaru BRZ has been gutted, all that remains is a racing seat, a roll cage, some essential controls and parts required in every racing car. Although the lack of interior is common in most race cars, the engineers at Subaru have a distinct distinguishing feature in this car is that the racing seat has been positioned in such a manner that it perfectly balances the weight of the car for optimal performance. 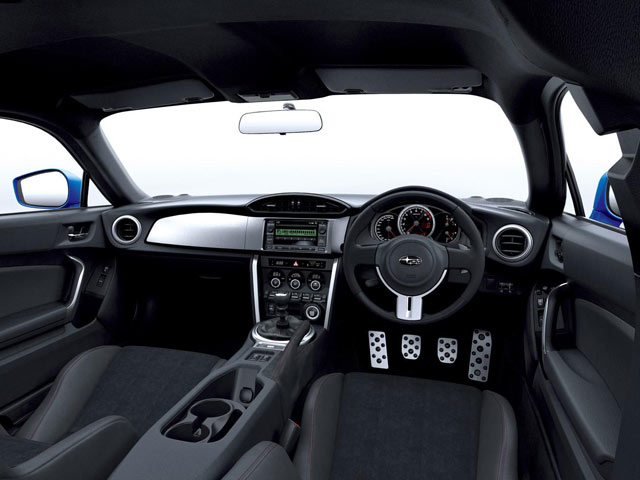 Although the exterior and interior are essential and make the styling and weight of the car, it’s what’s under the hood that makes this Subaru a real race car.  The BRZ GT300 sports a STI engineered 2.0 liter four cylinder engine that has been tuned to produce a whopping 300 horsepower and 330 lb-ft of torque. This monster has been fitted with a 6-speed sequential gearbox, as well as six piston brakes in the front and four pistons rear. An added feature that STI included with this package is the adjustable racing suspension, which makes this Subaru the real forerunner in the world of race car engineering.

All in all, the Subaru BRZ GT300 is a fine racing car that is engineered to be driven on the track.  Subaru has really put it’s best foot out to engineer this Subaru Legacy replacement as the maddest most aggressive race car in the game.