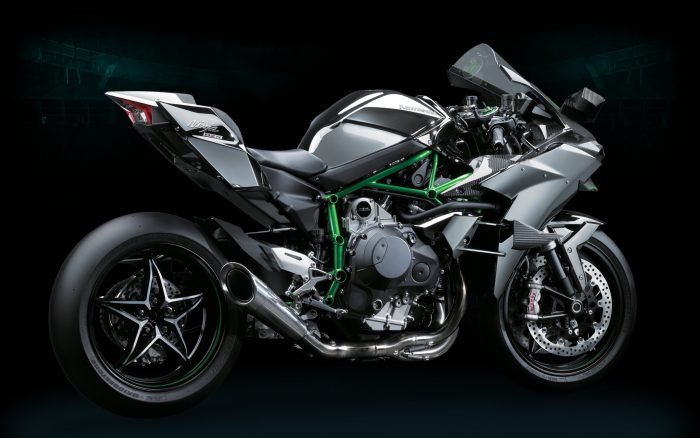 Let’s take a look at some of the fastest top speed attempts ever made on the legendary Kawasaki Ninja H2R. Let’s start with the tamer of the two attempts.

Sit in awe as the Kawasaki Ninja H2R surpasses expectations, producing a top speed of 391 km/h – that’s 243 mph in real money! 391 km/h might just seem like another number, but when you compare it to the insane top speeds achieved by the MotoGP prototype racing bikes, it’s insane. Naturally, it’s difficult to compare the two properly – the H2R is supercharged, where the MotoGP bikes aren’t, but even so, none of us expected this. We always knew that the Kawasaki H2R top speed would be something special, but this really takes it to a new level.

Ever since the H2R machine came on the scene, we’ve seen videos of it battling against S1000RRs, Hayabusas, and all manner of things but we’ve never really seen it reach its full potential. Japan’s Trick Star made a good attempt, but were ultimately thwarted by the limitations of their test track. Now, we don’t know where this was filmed, but we know that the Turkish rider, and former SuperSport World Champion, Kenan Sofuoğlu, has waltzed his way into the record books.

To give some perspective, and since we’re fresh from the Mugello MotoGP, Ducati rider Andrea Iannone managed to beat his own previously held record of “World’s Fastest MotoGP Rider.” Iannone’s speed was clocked at an impressive 349.6 km/h (217.3 mph). And before the days of Iannone, Dani Pedrosa once held the title, riding his Honda to 349.28 km/h (217.07 mph) back in 2009, and also at Mugello.

If you wanted to buy a MotoGP prototype racer, which you couldn’t, it would set you back millions of dollars. The Kawasaki H2R, on the other hand, is available for all to buy and with a relatively cheap pricetag – $50,000 USD. Again, you can’t really compare the two because a MotoGP bike may not pack the fastest straight line speed of the two, but it comes with sh*t loads of other cutting edge technology that more than make up for that. However, we wouldn’t mind seeing some kind of one off exhibition race between the two, just to see what would happen.

Watch as Kenan Sofuoglu rides the Kawasaki Ninja H2R into the history books, clocking a top speed of 400 km/h (248.6 mph) in a mere 26 seconds. We always knew that the H2R was going to be capable of incredible speeds, but 248.6 mph is truly insane. Despite the great success, there are a few people who have been skeptical of the reliability of the H2R’s speedo… And sure, the 400 km/h marker does only flash onto the screen for a split second, but even so – it’s a hell of a success for the Japanese hyperbike.

The original goal for the Turkish rider was to hit the 400 km/h marker in less than 30 seconds, along the Ozman Gazi Bridge. However, he managed to push the Ninja to the limit and do it in 26. To get the H2R to that astonishing speed, both the bike and rider were fitted with a few extra boons – but the bike remains in its stock condition, with no aftermarket bits or race kit extras. The bonus features were nothing more than specifically designed Pirelli tires, for much needed grip, race grade fuel from Elf, and a specifically designed and aerodynamic one piece leather race suit from Rev‘It. 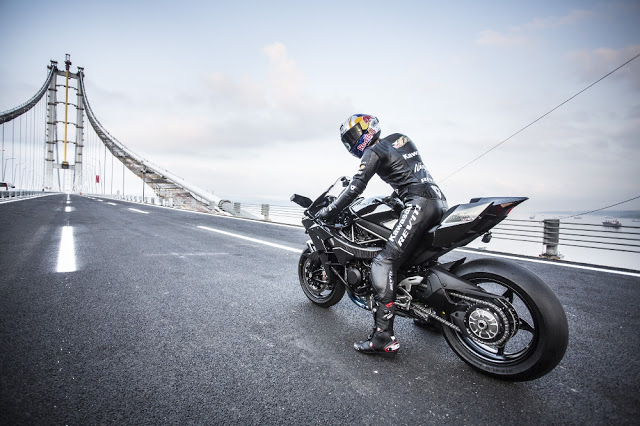 Now, we’re going to have to wait until Kawasaki can organize another run with Guinness World Records overseeing the event with special speed reading technology. Even though the Kawasaki clearly hit the 400 km/h speed, speedos have been known not to be the most accurate things in the world. Even so, it did hit the desired speed, and whether or not it was 400 km/h or just below, it was still very fast, and faster than any of us will ever go on two wheels. 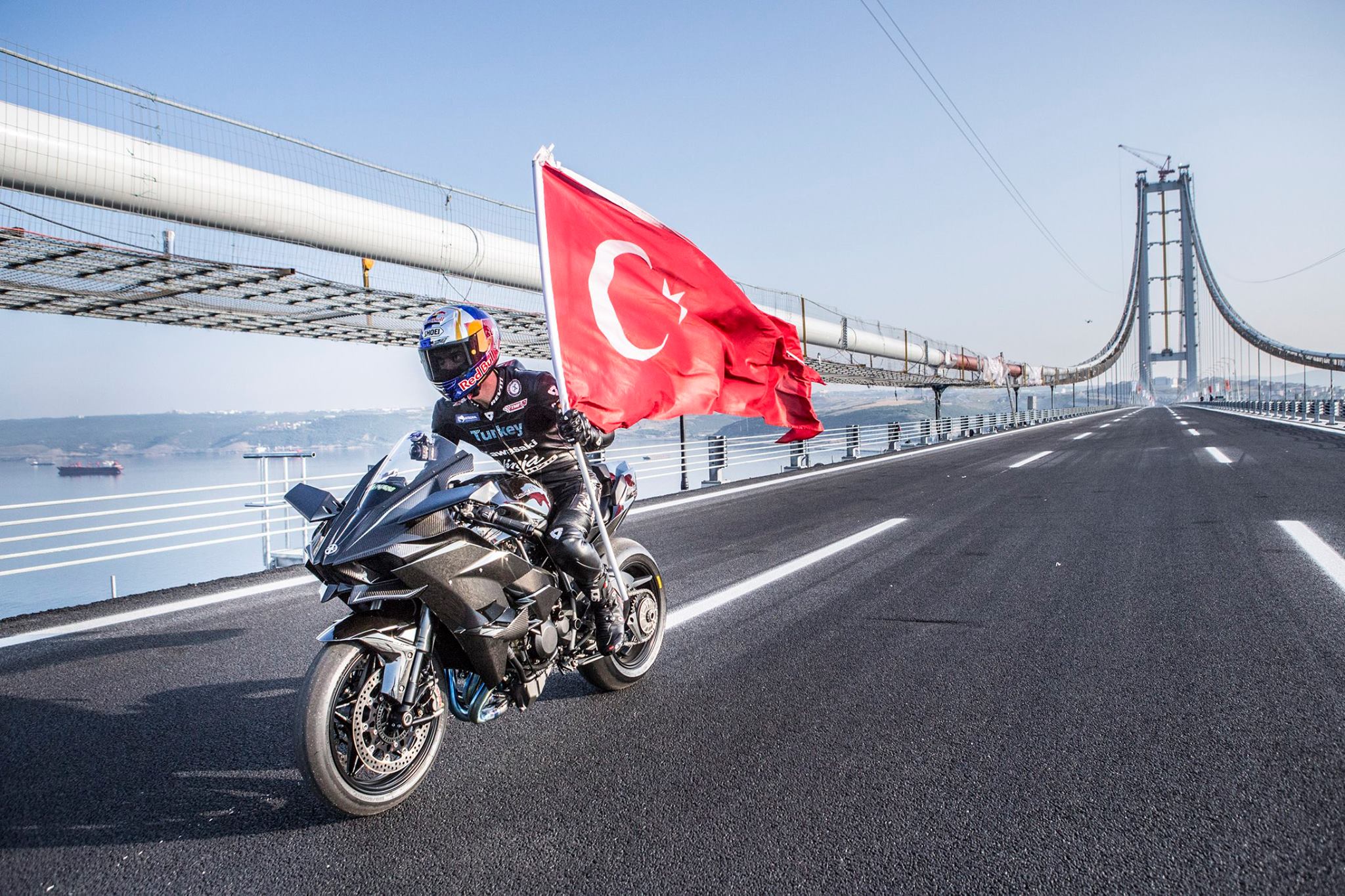 The H2R will be making an appearance at Bonneville later on this year, so we’ll have to wait until then to see what the Ninja is truly capable of, or whether this was just a fluke. Full marks and a well-deserved thumbs up go to Kenan Sofuoglu though – it was a great effort!

How Much Would It Cost To Insure A Kawasaki H2?

Since the H2R is out of reach for most of us, the slightly less exclusive H2 might be our best option if we were looking to buy a stupidly fast sports bike. But how practical would it be? Not very, if reports from the UK are to be believed.

Shopping around for insurance is a pain in the ass at the best of times but if you’re lucky enough (or rather, rich enough) to have yourself a new Kawasaki H2, you might want to hear a tale from the UK. Firstly, the H2 is a serious motorcycle and kicks out a staggering 200hp. It’s not for the faint hearted or the empty walleted, with a retail price starting around $25,000. If that wasn’t price enough, let’s start talking insurance…’cause Kawasaki insurance ain’t coming in cheap. 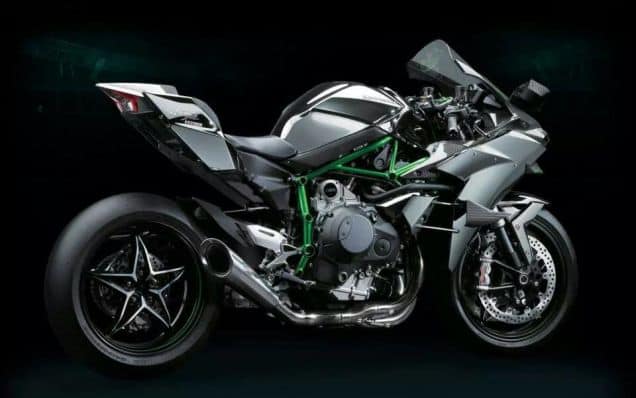 Firstly, getting an actual quote may not be as simple as just ticking a few boxes online and filling out a few details; as the bike is valued at over $25,000, many online forms aren’t set up to deal with such a specialist request. An investigation across the pond in the UK found some interesting results.

Say you’re a middle-aged motorcyclist, with a clean record, living out in the counties in an area with a low crime rate: to insure the H2, you’ll be looking at shelling out £5,752 ($8650 approx). Changing the details to the capital city, and you’re looking at a yearly bill of £7,183 ($10,800 ish). Now, that’s based on what internet quote engines could sort out. As for an actual human broker? They’re still waiting for a reply.

Funnily enough, Kawasaki’s own insurance provider jumped in and offered a quote for £899 (about $1350) providing that your new law breaking machine is fitted with a GPS tracker…which is still an awful lot when compared to the latest ZX10, which can insured for around a tenth a fifth of the cost. Apparently, this is due to the high value and desirability of the bike. As for the tracker? Why aren’t Kawasaki fitting them as standard if they know that potential buyers are going to be ripped off by insurers? 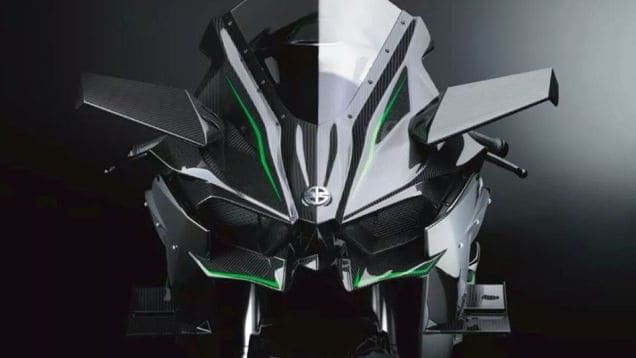 Adding insult to injury, another soon to be H2 owner received a quote around the £5000 mark but then changed the details for insurance on a Lamborghini Aventador 700/4. The result? An affordable £750 instead – which means that the high value and desirability factor is absolute nonsense.

Then again, if you’re already shelling out the big bucks for the all new ‘hyperbike’ the simple matter of insurance shouldn’t be a problem.


“The Beast 2.0” – Introducing The 2017 KTM 1290 Super Duke R
10 Tricks That Will Make Your Motorcycle Faster
Best Cheap Motorcycles For Kids
Rugged Rides: Top 10 Adventure Motorcycles
Check Out This Seven Cylinder Two Stroke Kawasaki: The KH606...
Will We Say Goodbye To The Honda CBR600RR In The Next Year?