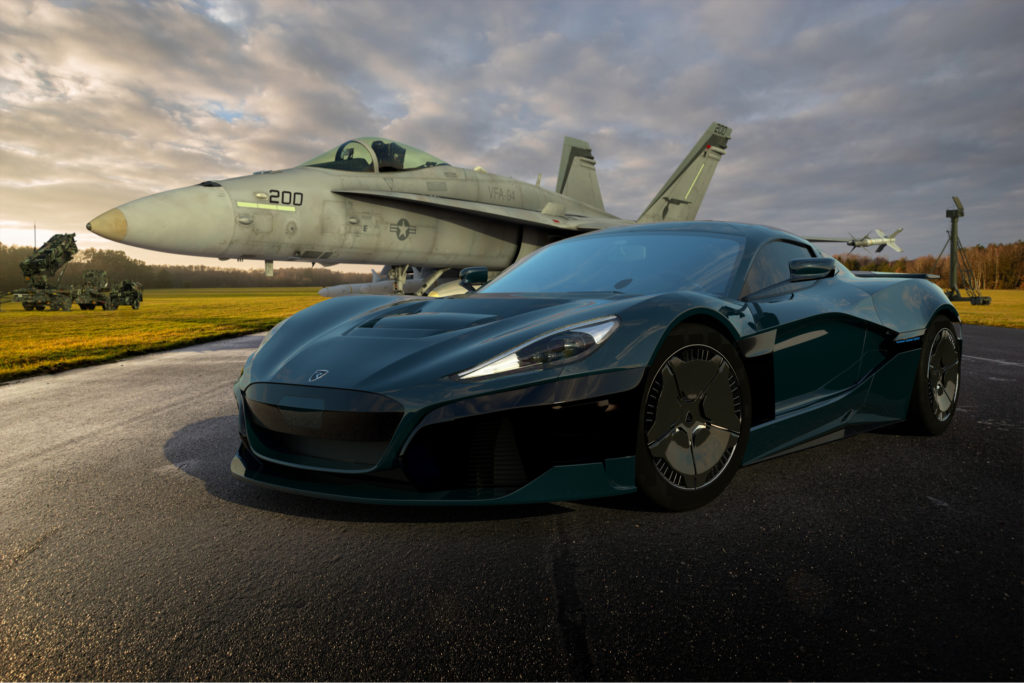 Croatian automaker Rimac Automobili breaks the production car acceleration barrier with its new, electric-powertrain Nevera. Called the “hypercar 2.0,” the company recently put the Nevera’s pedal to the metal at the Famosa Raceway in California. On August 13, 2021, pro Dragtimes driver Brooks Weisblat took the next-gen sports car for a few spins around the track before fully unleashing the beast in the 11th run.

The result? Broken records. The Nevera covered a 1/4 mile of the 149-degree F VHT track in 8.582 seconds (an official best for production cars), hitting a top speed of 167.5 mph. Along the way, it also set the world acceleration record for production cars.

With its Launch Control engaged – done by simply putting your left foot on the brake and flooring the accelerator – the Nevera prepared to unleash the full force of its 1,914hp powertrain through four separate electric motors. Having lifted a foot off the brake, the Nevera’s advanced control systems, including Rimac All-Wheel Torque Vectoring 2, constantly monitored which wheels had the most grip, portioning out the power to minimise wheelspin and maximise acceleration as it launched down the strip.

The two-door electric hypercar breaks another production car boundary line with its mega battery pack — the largest ever for this segment. The battery architecture not only powers the Nevera’s elite performance, it endows the car with a range of 340 miles on a single, full charge.

Rimac first premiered the Nevera in 2018, under the “C Two” moniker. Now the Croatian innovator is ready to start rolling the 2022 Nevera out, but don’t expect to see this bad mammajamma on your local showroom floors — this run is limited to just 150 cars. We’re still awaiting pricing and availability details. But, this is one of those “if you have to ask…” situations.

See a list of the Rimac Nevera’s key features below and head to Rimac for more information.


Do You Drive One Of These Known 10 Deathtrap Cars?
NWAPA Mudfest: 2021 Northwest Outdoor Activity Vehicle of th...
Toyota Pulls Out of Olympics: Refuses to Air Ads in Japan
Bentley Continental GT3 Pikes Peak Record Attempt On Renewa...
The Best Vehicles From Ram in 2020
Hyzon Motors Ushers in Era of Hydrogen-Powered Commercial Fl...