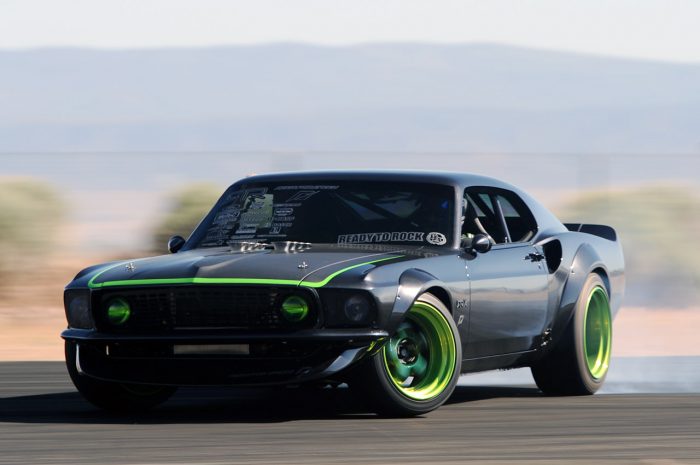 In today’s segment we will look at a ford based design  that has been reborn into a monster powerhouse. In 1969 ford redesigned their beloved mustang by extending the body, adding two extra lights, and making a fastback out of it.  Along with multiple engine options, this 1969 mustang was also given a new name. The boss 302.  to this day the boss 302 is a greatly sought after vehicle by many a collector.

Now fast forward 40 years, and the boss has made yet another massive comeback. This time around its mark has reached all age groups, young and old.  A man by the name of Vaughn Gitten Jr., world renowned drift racer was given an opportunity to donate some of his wild inspiration to a new project involving the famous mustang.  The think tank crew from the world famous need for speed games came up with an idea for this mustang. They wanted this car to be incorporated in a few of their games, while at the same time have a real world following. So they got with the team over at dynacorn classic bodies inc., and procured a 1969 mustang boss shell.  The next move was to get this naked shell over to Vaughn’s monster race team, and let them get to work. In conjunction with ford racing, art Morrison performance, steen chassis, and a few other key elements, the need for speed 1969 Ford Mustang RTR-X was born. 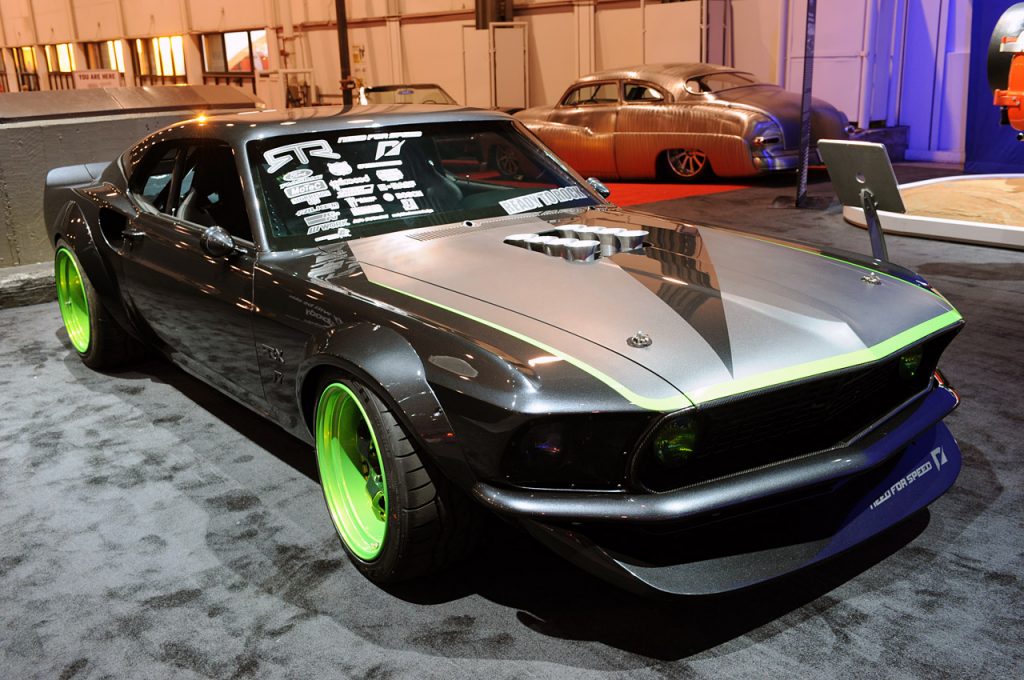 It’s a very long title for anyone person to say, but when you see this car in action, you become one of those people who are struck dumb with awe. This mustang is one of 3 that gitten drives, and shows off during his formula drift competition series. The other you may ask? Mustangs of course. One is his 800hp 2013 Monster drift car, and the other is own signature 2012 rtr ford mustang.  Now you may have noticed that I’ve been throwing around the letters RTR a lot, and let me apologize for not explaining before hand.  RTR is Vaughn mitten’s mantra, and it means “ready to rock”. 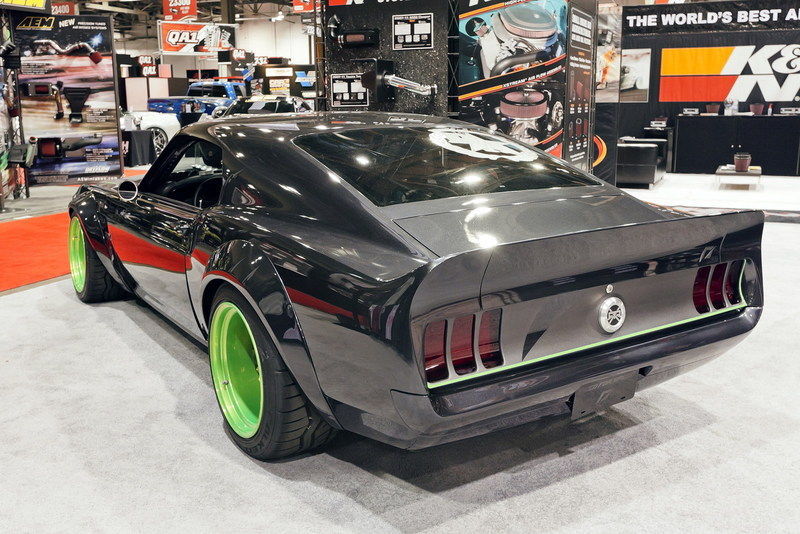 With this said, Vaughn gets in the zone for all things racing. So ford adopted this mantra, and badged it for any of his signature series mustangs. Now getting back to the rtr-x, this car for what it’s worth is a technological beast. Up front the ford racing boss 302 crate motor sits atop of the art Morrison designed sub-frame, which is then tied into the rest of the frame. 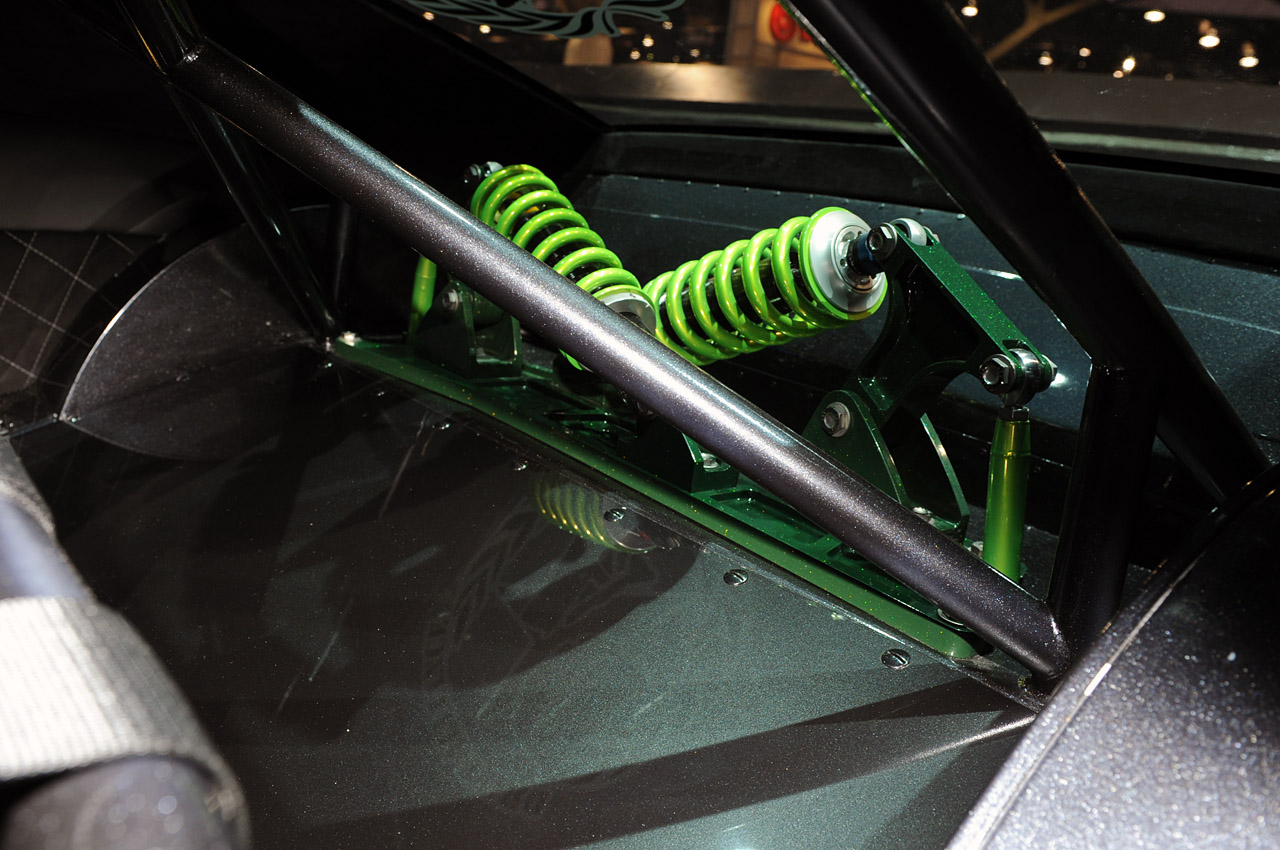 The coil over suspension setup gives this car a very low and mean stance. It also allows for some sweet drifting without having to modify it in any way. In keeping with the suspension, Vaughn’s team installed a radical cantilevered style coil over racing suspension that would normally be seen in gt style racing cars. The exhaust is a combination of flair & function.  It’s straight pipe setup where at the rear, two separate exhaust valves where placed to aid in a quick power gain. Along with giving the exhaust note a more raspy tone to it. The interior was lined with a breathable cross-stitched type of fabric.  Allowing for tons of comfort while either cruising down the strip, or laying rubber at your local race track. The gauges in this car extremely minimal. Motec racing developed a simple to use all around dash unit that basically explains to the driver what is happening under the hood. The exterior of this car is just like it’s interior, clean & simple. A dark gray base coat, with almost matte/gloss finish, touched up with the monster neon green striping. The rolling stock for this beast are a set of work meisters, 18” x 10” in the front, and 18” x 12” in the rear.  So it’s safe to say that this boss, has some pretty big shoes to fill.  Any takers?  Be sure to leave your questions, and comments about this article.  thanks for reading, & see you one the next one. 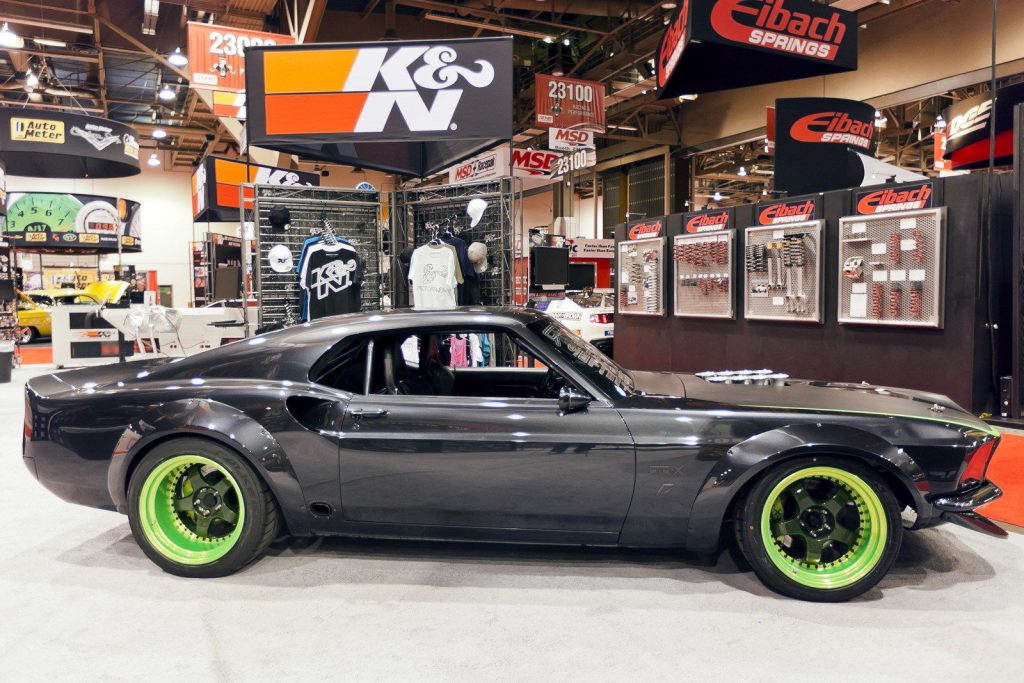 
The Most Awesome Factory Mopar Crate Engines
Best of 2019 Toyota
Will Nissan Listen To Its Dealers And Bring Back The Xterra?
The List of 4x4 & AWD Manual Cars is Shrinking Fast!
Your Childhood Pixelated Sharp Angle Car Dreams Have Manifes...
Best of 2019 Genesis