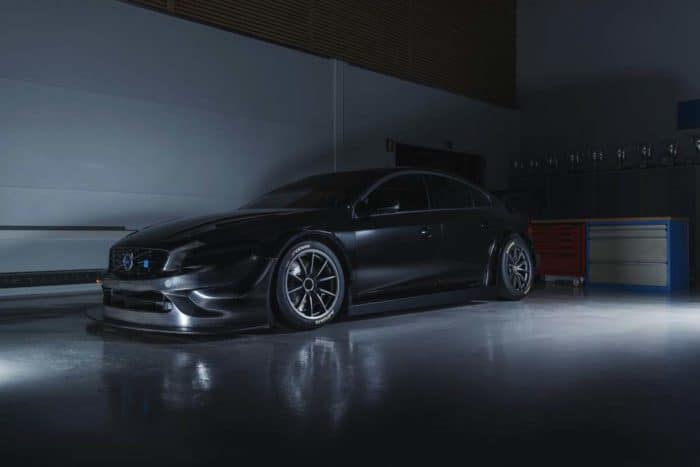 I can’t say I’ve ever used the words ‘Volvo’ and ‘sinister’ in the same sentence, but this car may be the one to change that. It is black, low, stanced, and it is every bit of sick it needs to be. Say hello to the newest attendee of the World Touring Car Championship – the Volvo S60 race car. Considering that touring car racing is still extremely fun (although you do not see it a lot due to poor marketing), it is a bit strange that this Volvo is entering the ring with Citroen, Honda, and Lada. We remember a time when BMW, Seat, and Chevrolet were active participants in this sport. Unfortunately, those were the old days. That said, there’s still plenty of fun to be had, and now that there’s a Volvo S60 race car in the mix, things are going to be that much more interesting.

The official WTCC website actually featured the this special Volvo race car atop the page on a large banner when it was first unveiled. While Polestar is well-known in the racing world, it gets much less attention on the streets around town. This car is about recognizing the time for celebration and time for Volvo to get the word out about their Polestar brand as the ones responsible for bringing us so much fun and great cars. This is not the first time Volvo will fill the shoes of a racing car. They actually dominated the touring car circuits back in the Eighties with the Volvo 240 Turbo. Yes, that old Volvo Wagon did incredible things, and definitely set the stage for what a Volvo race car is capable of. The new one is not a wagon, but it is officially called  the S60 Polestar TC1 and it is the best thing to come out from Polestar since ever. 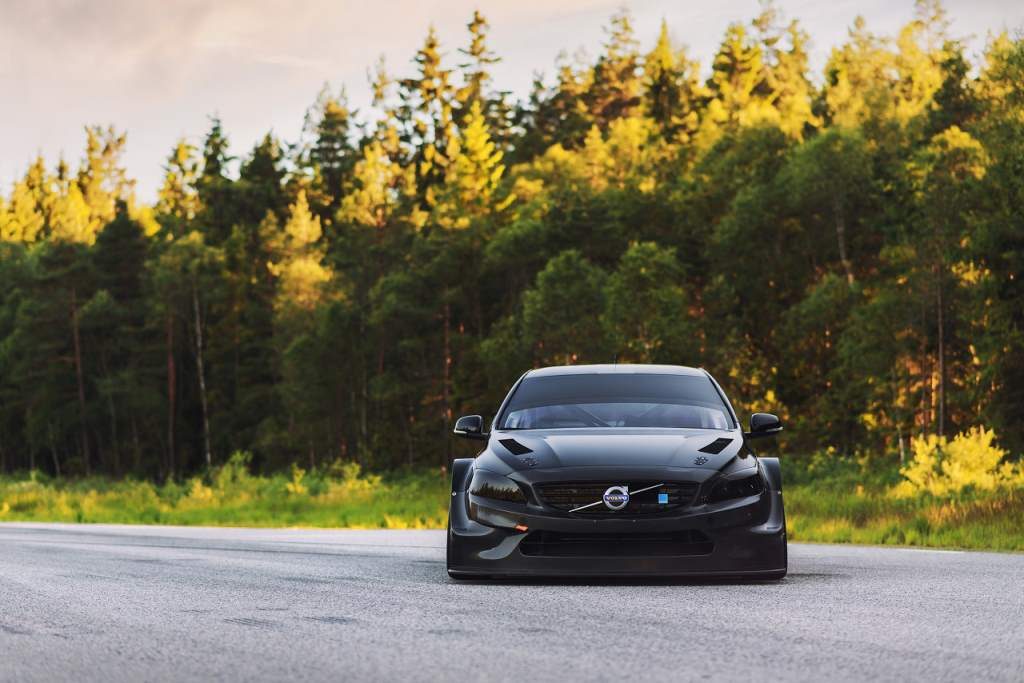 Polestar actually was not even a part of Volvo a few years ago. When the Swedes realized that every major premium company has a special sports car sub-brand (Mercedes-AMG, Honda-Acura, Ford-Shelby), they simply bought a whole tuning company. Nice move. After the first semi-sports cars they revealed, Polestar is now in charge with delivering the Touring Car Championship fighter. Based on the sedan S60, the car has been stripped of everything unnecessary, and when considering Volvo’s standard tech and safety equipment, there’s a lot of weight reduction to be had.

The insulation material, the majority of the safety equipment, and all the luxury bits and pieces are all out of the car, leaving Polestar free to do as they wish with designing everything else on the car. That is precisely why the S60 Polestar TC1 received the 400 hp engine from the latest line of Volvo engines. Also, Polestar Cyan Racing, which is a team who owns the rights to use the car, is already trying to make an impact in the racing world. 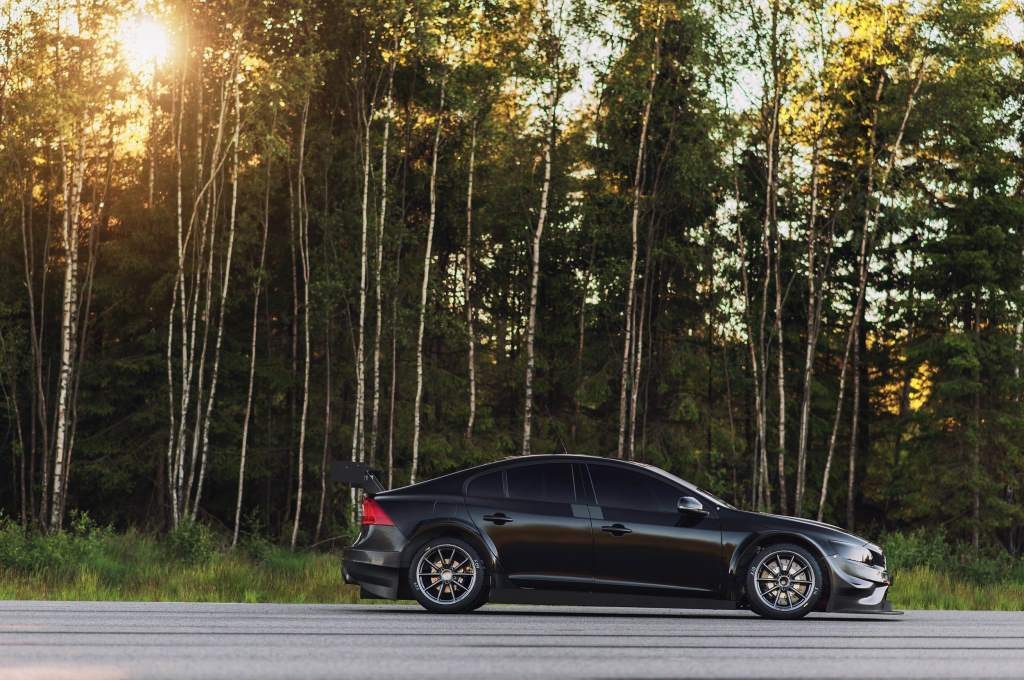 Look at this badass blacked-out S60 sitting on asphalt next to a forest. The rear wheels are so inclined that the camera has a hard time focusing on them. We remember those US Black Edition cars, but if you want to go black, this is the way to do it. Also, Polestar created a whole new carbon fiber body kit. As the WTCC is not exactly a calm sport, the cars have to survive all kinds of punishment. Cracks, hits, bumps, and all that stuff tests the cars to the extremes and all the exterior parts had to be replaceable in a matter of seconds. That is why we can see bolts and other securing elements exposed on the body of the racing S60 TC1. 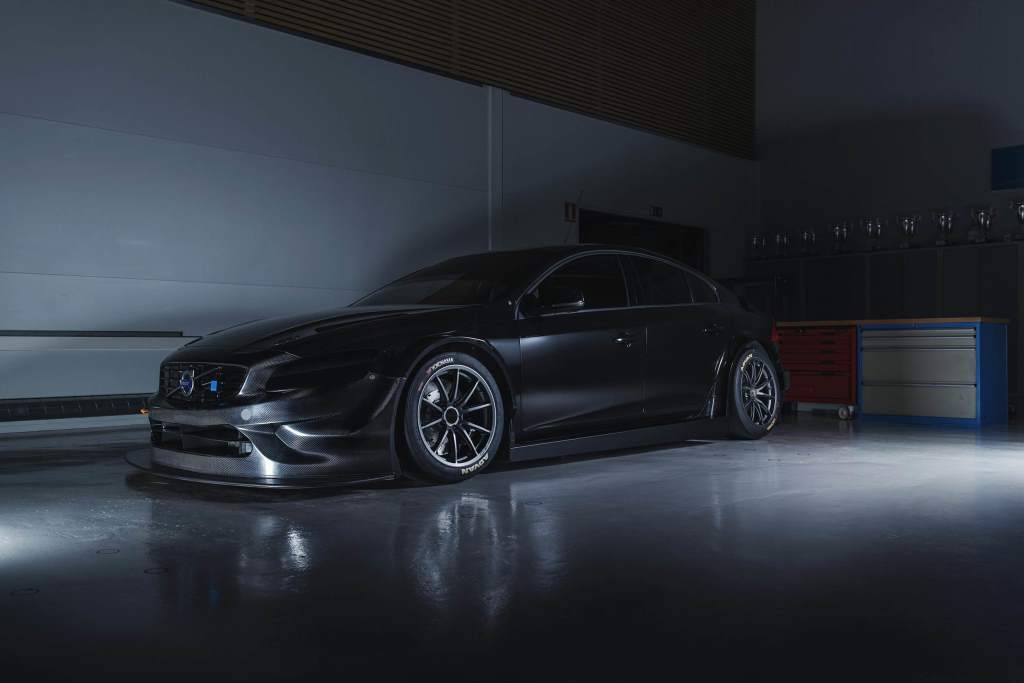 “This is a great day for all of us at Polestar Cyan Racing to announce our assault on the FIA World Touring Car Championship,” said Alexander Murdzevski Schedvin, Head of Motorsport at Polestar. “ It is a programme that boils down to one thing; to bring the world title to Sweden. We have got respect for the task ahead of us that we take on with absolute commitment. This is a long-term effort and we have got an extensive testing programme during the winter that will continue alongside our first WTCC season in 2016 which is all about learning.” 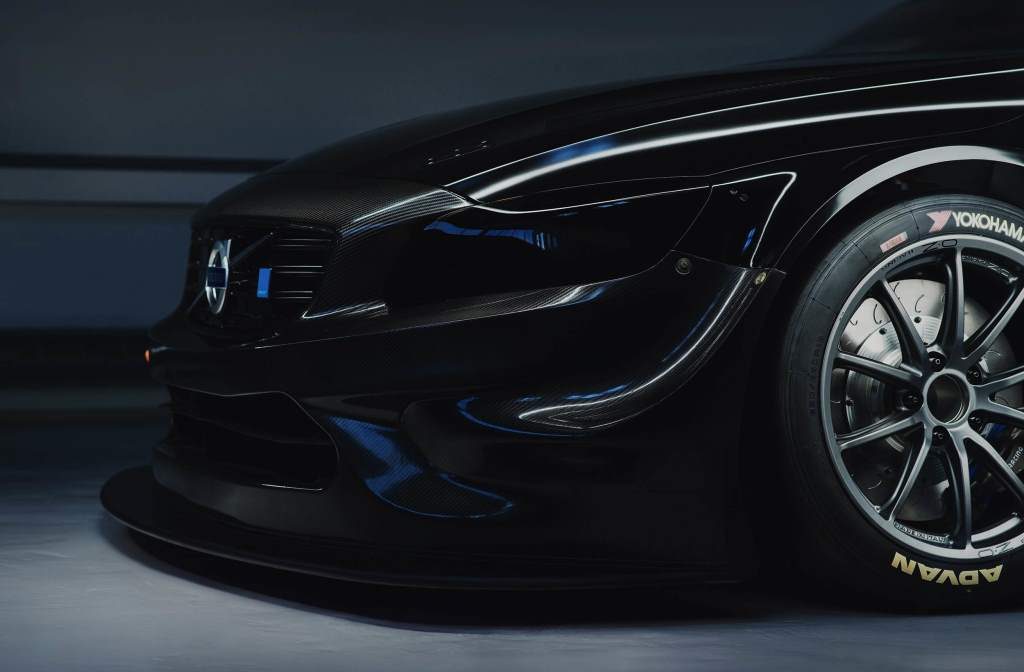 The new car is slated to make an appearance next year. It will be eligible to fight for the manufacturers’ title and the drivers inside will have a chance to prove their credibility. Unfortunately, we still do not know who will drive for the Polestar Cyan Racing team, but we do know that the cars will not look as cool as this. Obviously, the cars will be done up in all sorts of liveries paid for by the highest bidder, which is a shame because while this car looks incredible in plain black, it looks even better in blue. We know bills have to get paid somehow though, so we’ll just have to look for this new Volvo S60 touring car out on the track and get our kicks that way instead. 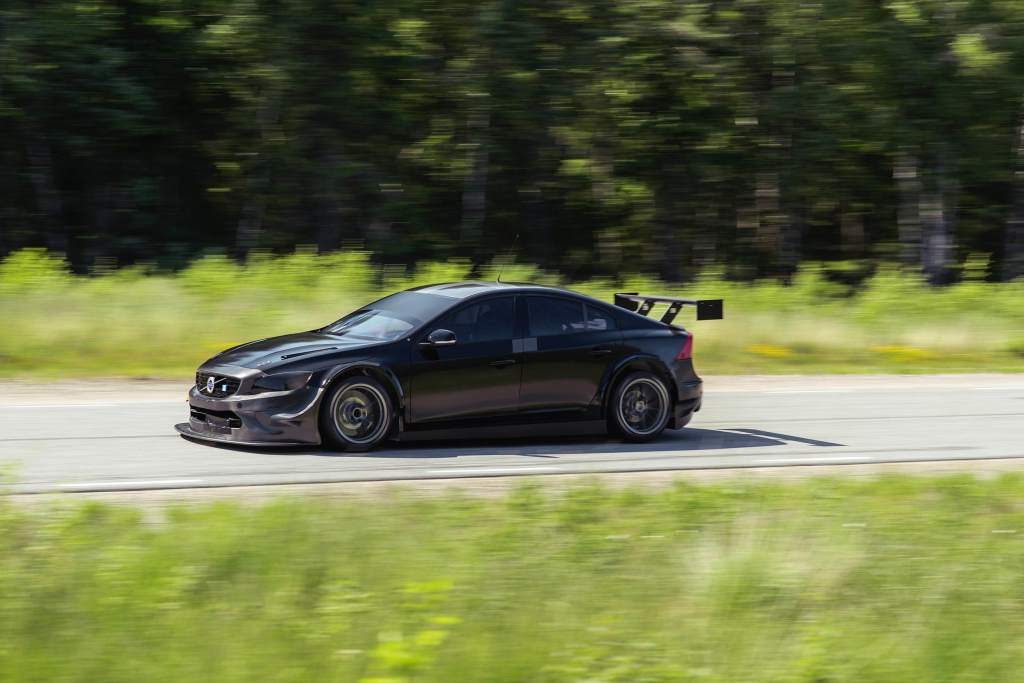 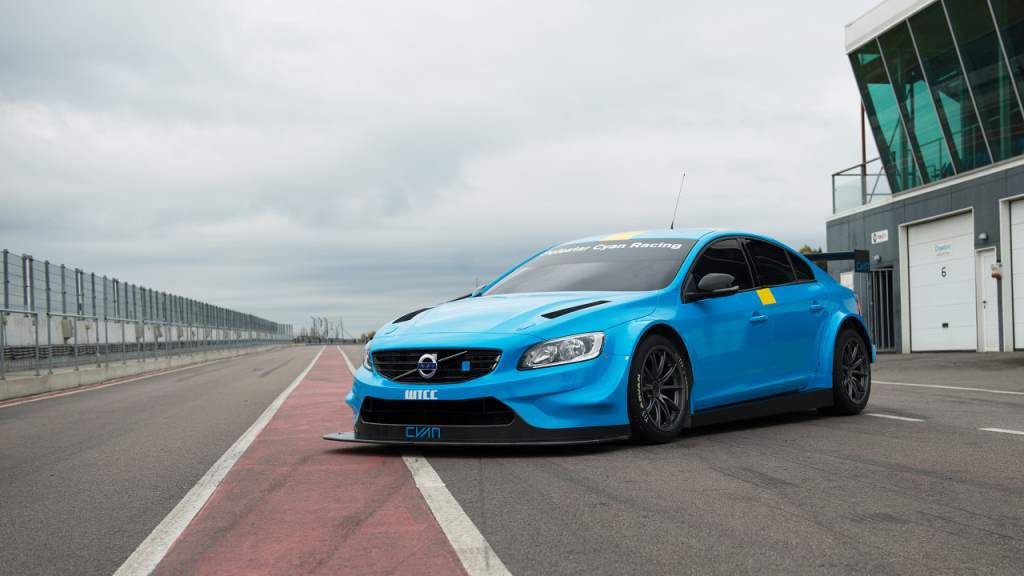 
Impressive New Car Deals During The Pandemic
5 Insane Features Of The One-Off Track Only Bugatti Bolide C...
Hyperion XP-1: America's Next Supercar is Hydrogen Powered
The Chevrolet Chevelle SS? Say It Ain't So!!
23 Classic American Cars That Changed the Auto Industry Fore...
The Best Of 2021 Mercedes-Benz