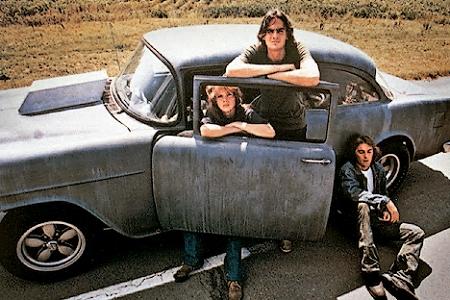 The films were selected on the basis of the the realism of the action in which the cars were filmed, the selection of the cars themselves (based both on the desirability of the car as well as whether its the appropriate car for the film or sequence), and, well, the wow factor. Here goes: 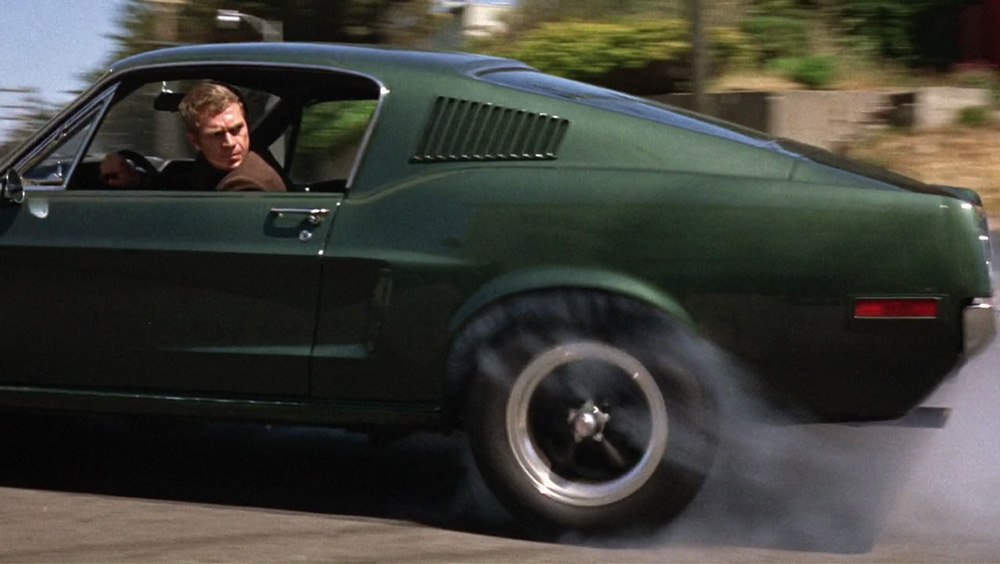 There’s so little to discuss about Bullitt that’s not been covered 100 times, and I know it’s not actually from the 1970s. But without Bullitt the movies that followed would never have been made. 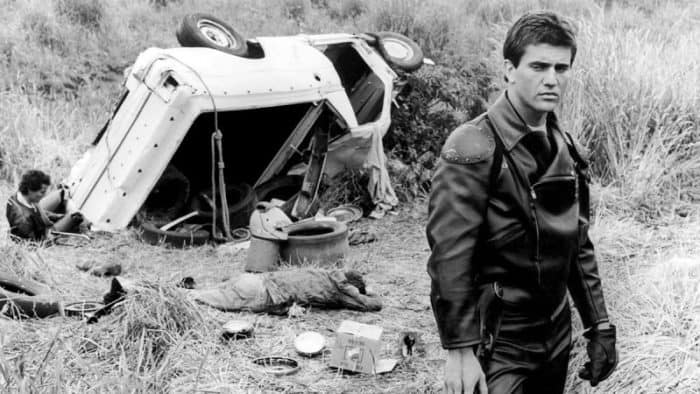 The Mad Max franchise first launched in 1979, starring Mel Gibson as the titular character, Max Rockatansky, as a highly skilled pursuit police officer in a dystopian future. The main plot of the film focuses on Max taking down a local motorcycle gang who are causing trouble. It’s the first in a series of films that celebrate car culture, featuring cars including custom hot rods, muscular Australian V8s, and badass motorcycles. The Mad Max franchise is a must-watch for all auto enthusiasts and this film is the springboard for the rest of these classic car movies. 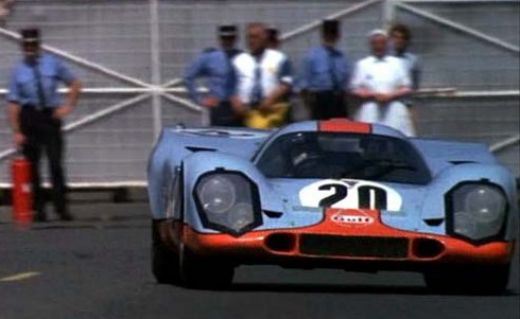 If there were ever an award for the feature-length film with the fewest pages of dialogue Le Mans would certainly be in the running. In fact, it makes The Good, the Bad, and the Ugly seem chatty in comparison. What you get instead is a fictionalized account of the 1970 24 Hours of Le Mans that is still hard to beat for its realistic (and slightly romanticized) portrayal of endurance racing in the 1970s. 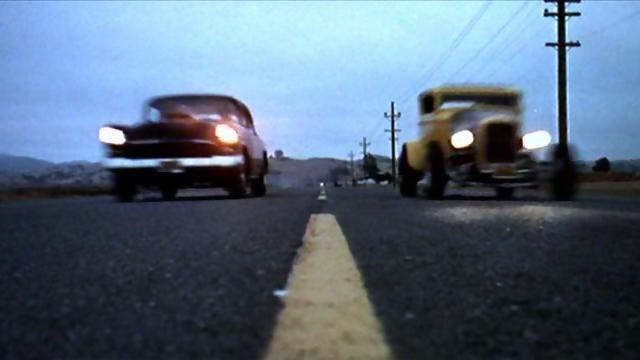 Director George Lucas’ American Graffiti is a film about that transition from adolescence to adulthood. But it’s also a film about cars. The four-wheeled cast includes a ’58 Impala, the famous yellow ’32 Deuce Coupe, ’55 Chevy that also starred in Two Lane Blacktop, a ’56 Ford T-Bird, and a time-traveling ’67 Citroen 2CV. 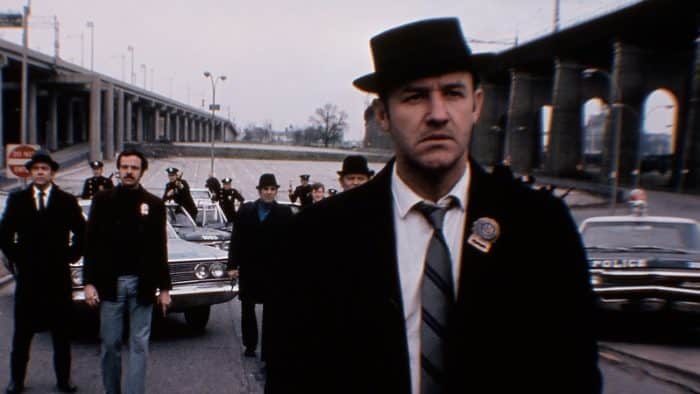 Arguably one of the greatest old car movies, The French Connection has it all: mystery, intrigue, class acting, and a wicked car chase too. Starring Gene Hackman as a New York narcotics detective hunting down a notorious French heroin smuggler. Anyone who was anyone in the movie business was considered for the lead role, including Jack Gleason, Paul Newman, and Steve McQueen, but Hackman eventually got the role. And what a job he did! 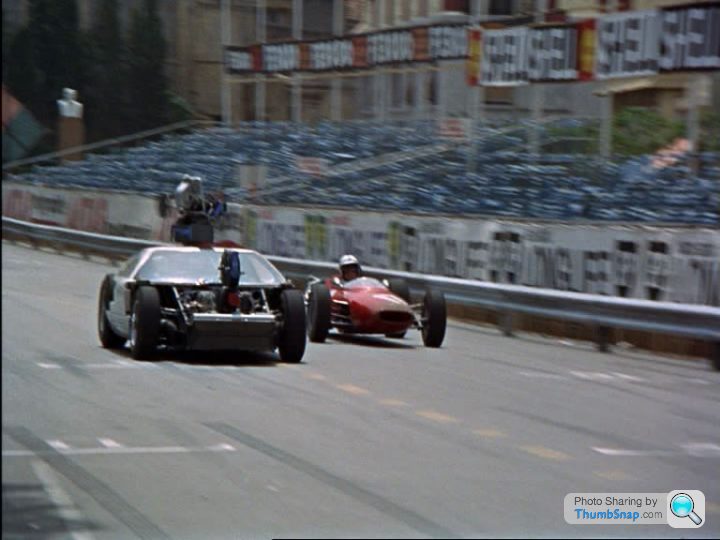 First with in-car cameras and now with Go Pros, seeing a drivers point-of-view is not an act of magic. But in 1966 it was. Director John Frankenheimer captured the world of Formula 1 racing through innovative camera placements and the use of the actors in actual (though not Formula 1) race cars for the film Grand Prix. The results, when projected in the widescreen Cinerama format are nothing less than magic (just ignore the soap opera between the race scenes).

In this low-budget film, two car-obsessed vagabonds (played by James “You’ve Got a Friend” Taylor and Dennis “Beach Boys” Wilson challenge a middle-aged, glib driver (Warren “Sgt. Hulka” Oates) in his 1970 Pontiac GTO to a cross-country race against rodded 1955 Chevy coupe. Despite its minimalist dialogue and slow pacing, Two-Lane Blacktop is considered by many to be the “thinking man’s” car movie. James Taylor and Dennis Wilson – what more could you want? 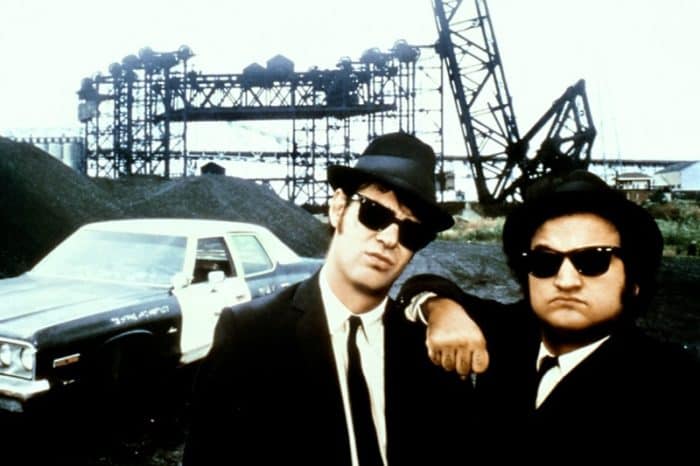 Technically, this isn’t a 70s movie, but it has one of the best car movies out there. Starring Dan Aykroyd and John Belushi as Jake and Elwood Blues, two convicts with a mission from god to save the orphanage where they grew up from foreclosure and demolition. To do so, they re-unite their band and put on a concert. And how do cars feature in all this? Well, you’ll just have to watch it and find out. Take our word though: it has one of the best car chases ever. You have to see it to believe it! 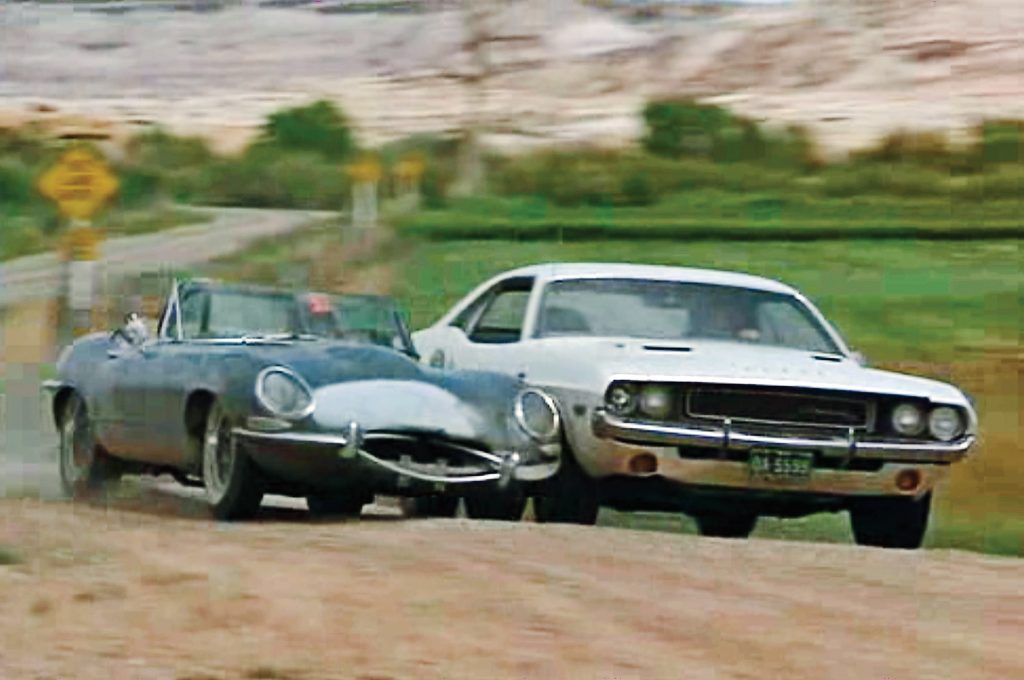 After driving from straight through from San Francisco to Denver, Kowalski, a man with a checkered past, bets he can make it back to SF in 15 hours.  Cops are soon on the trail of Kowalski’s 1970  Dodge Challenger R/T 440 Magnum across Utah and Nevada accompanied by a rock-soul soundtrack and advise to evade the cops broadcast on the radio from blind disc jockey Super Soul. The ending of Vanishing Point is still debated among enthusiasts. 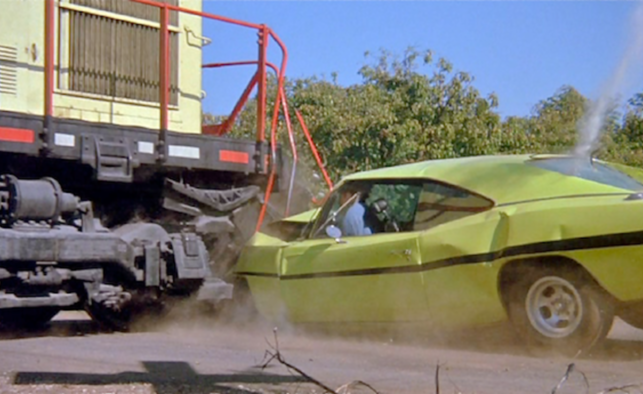 Two NASCAR driver hopefuls, driver Larry Rayder and his mechanic Deke Sommers, extort $150,000 for a supermarket manager by holding his wife and daughter hostage. In making their escape they cross paths with Larry’s “girlfriend” who tags along on the escape in their ’66 Impala. They ditch the Impala for a ’69 Dodge Charger 440 as the police close in. 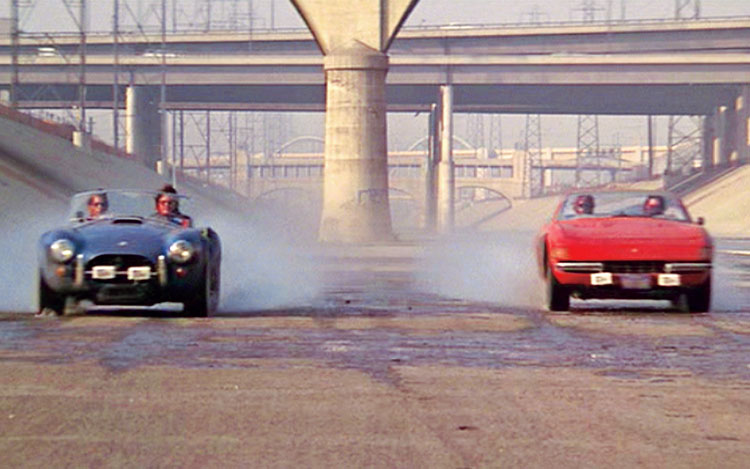 Gumball Rally was the first move version of the Cannonball Run, made before the folks who created the actual event could get around making their even more dreadful version. This version starred, among others, Golden Globe and Emmy winning actor Raul Julia as we as everyone’s favorite nutcase, Gary Busey. The premise, if you’re not already aware, was an illegal road race from New York to California. Cars included a 427 Cobra, Ferrari Daytona, Porsche 911, Mercedes 300SL, and a great joke about a Jaguar XKE. 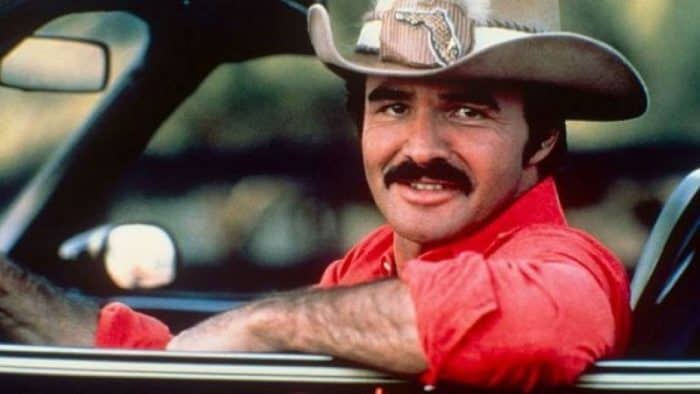 Burt Reynolds and a Pontiac Trans Am star in this classic 70s movie. Back in the day, it was illegal to sell Coors beer in certain parts of the country without the right documents, and that’s the motivation behind a maverick racecar driver’s bet that he can haul a shipment of contraband booze across the country, from Texas to Georgia, in less than 28 hours. While the plot might not seem like the most intriguing, this cult classic is well worth your time, because Smokey and the Bandit was one of the best car movie productions to come out of the decade.

An eight-minute high-speed drive through Paris in the early hours of the morning. Pedestrians are clipped, pigeons are scattered, red lights ignored, one-way streets are driven the wrong direction, center lines are ignored, the car drives over the sidewalk to avoid a rubbish truck. The car is never seen, the point of view is from the front of the car. The driver arrives at his destination and … 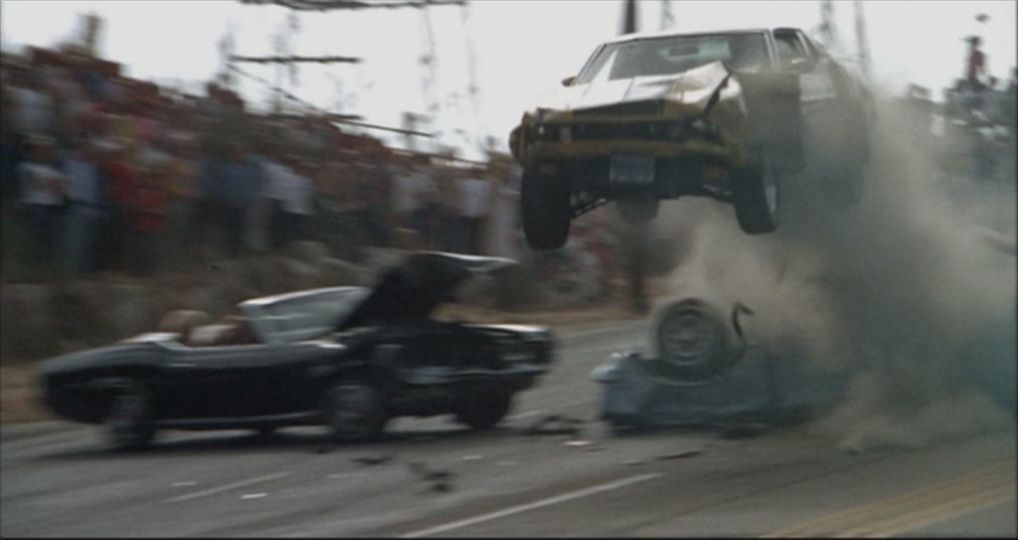 Perhaps the ultimate low-budget independent cult classic, Gone is 60 Seconds cost $150,000 to make and has grossed $40 million. The story follows a gang of professional car thieves led by insurance investigator Maindrian Pace (director/writer/star H.B. “Toby” Halicki) out to steal 48 cars in 5 days for a payment of $400,000 from a South American drug lord. Out of the total 98 minute running time, the final 40 minutes were devoted to a police pursuit involving the last of the 48 cars, a 1973 Ford Mustang (code named ‘Eleanor’), and ending up with 93 car wrecks through five Los Angeles suburbs. 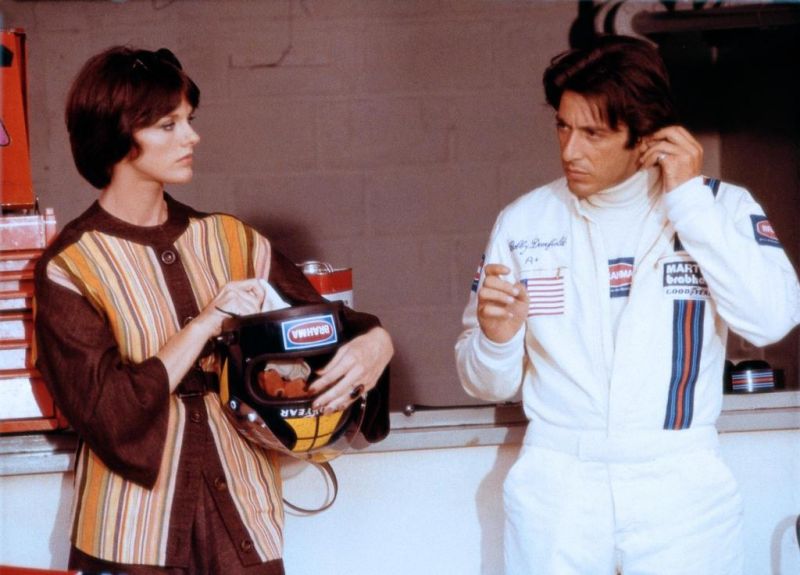 Much more melodrama than car movie, Al Pacino stars as Formula One driver Bobby Deerfield, all too willing to take unnecessary risks on the track. But after he witnesses a fiery crash that kills a teammate and seriously wounds a competitor, Deerfield becomes unsettled by the specter of death. During a visit to the survivor’s hospital, Deerfield meets Lillian, a quirky, impulsive woman racing against leukemia. They fall in love and, you guessed it, she dies. While there’s not much racing in this fil, there are two excellent scenes. Interestingly, they’re shot during the 1976 season, the year depicted in Rush. 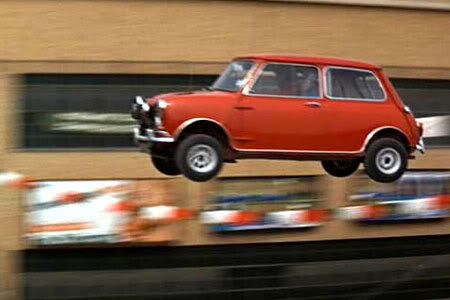 If you’re a true car fan, you’ve watched the 1969 version of the Italian Job, at least once if not more. If you haven’t, you need to as soon as possible. You can parse this film into two segments: the story itself, which is quite entertaining and engaging, and the stunts, using Mini Coopers, of which there were several that are still talked about today: driving through the wedding, the 60 foot leap between buildings (no net), the barrel roll, loading onto the bus on the highway, and the final balancing act as the final scene. The Love Bug and Herbie Rides Again, it ain’t. Light-hearted and fun, it’s very different than the 2003 film of the same name.

If you’ve seen everything on the list but still need more action, why not try out Death Race 2000 starring David Carradine and Sylvester Stallone? Or perhaps The Man With The Golden Gun, though it doesn’t have an Aston Martin DB5, it does have a couple of cool AMC models though! White Lightning or The California Kid starring Martin Sheen are also worthy movies. If two wheels are more your thing, you should check out Easy Rider for the ultimate 70s movie road trip and drag racing experience.