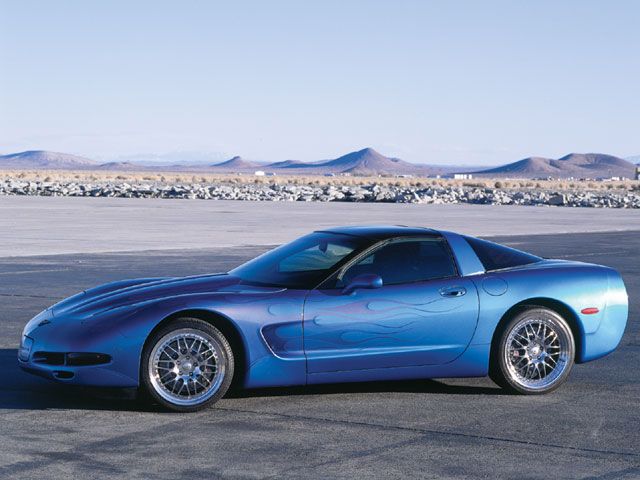 General Motors debuted the Gen III small block, or LS1 engine, in the 1997 Chevrolet C5 Corvette, like the one pictured above. The LS1 featured several engine management innovations, including coil near plug ignition. Thanks to its fleet of engine management tools, the LS1 engine was a huge improvement over its predecessor the LT1.

Every self-respecting gearhead wants to get as much out of every engine as possible. So, despite the LS1 being a huge improvement over the LT1, there are plenty of gearheads out there who want to mod theirs. With that in mind, we decided to put together an article that rattles off several of the important specs of the small block Chevy LS1 engine as well as putting together a list of quick bolt-on mods for said LS1. Well, quick is a relative term and some take more bolting than others, but here we go.

Specs of the Chevy LS1 Engine

The Chevy 5.7L LS1 engine is a y-block V8 that was capable of 345 hp and 360 lb-ft of torque when it came from the factory in 1997. The Y-block design was chosen because it increases the rigidity in the main cap area and allows for the use of six-bolt main caps on the crank. In this layout, you have four head bolts facing vertically with the other two facing horizontally to clamp the block wall to the main cap. Technically, this is called snap-fit cross-bolting. It doesn’t matter what you call it, the technique vastly improves the rigidity of the crankshaft and block.

The engine also features a raised camshaft. The added distance between the cam and the crank allows for the use of up to a 4-inch stroke crank. The top of the engine was also strengthened, when compared to the LT1, by a valley plate. This large metal piece covers the valley around the lifters and strengthens the block by bolting each side of itself onto a single plate. The added strength has allowed some tuners to use stock tops and bottoms while achieving 1,000 hp. 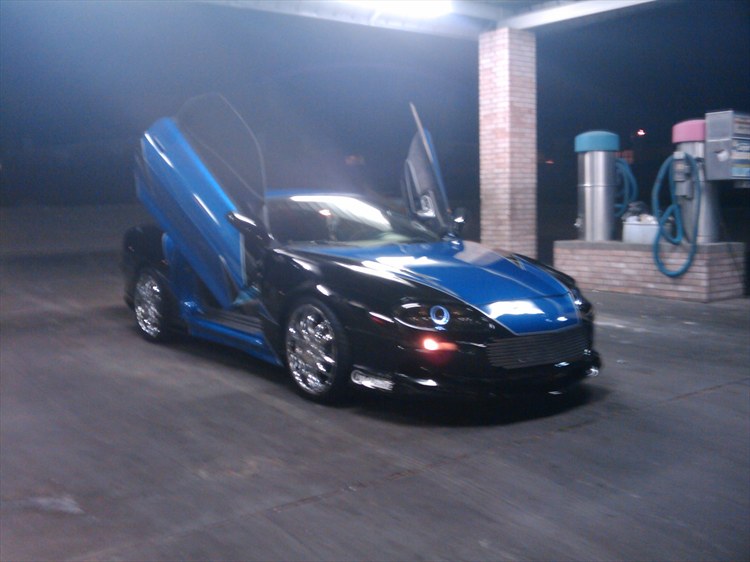 One of the best things about the Chevy LS1 engine is how incredibly easy it is to modify on a budget. By budget, we mean that you spend less than $750 on a simple, bolt-on that brings actual performance improvements. You don’t have to do anything hardcore like fuse an LS1 engine with 4L60e auto transmission for hot rod racing, or anything like that. In fact, many of the best modifications require just a little bit more effort than changing a spark plug (maybe that’s not exactly true!).  Here are several of the top bolt-on mods for LS1 engines. The Lambo doors shown in the picture above aren’t included. 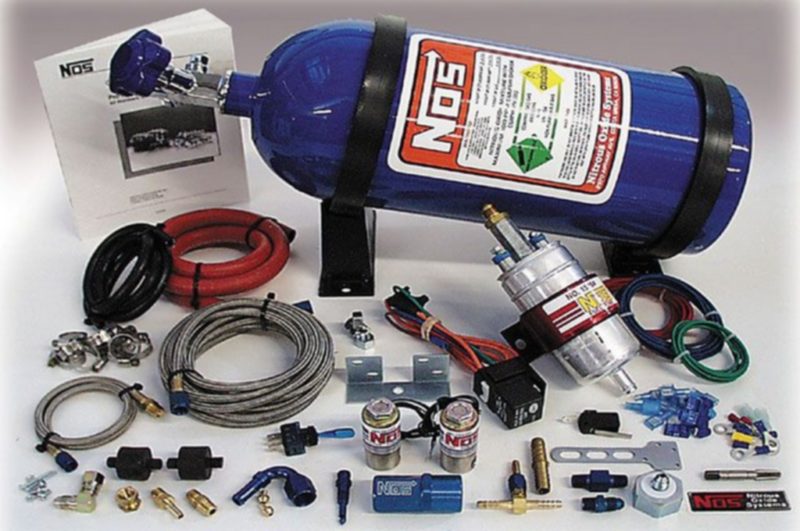 Ah, the most obvious of performance parts! Start with a basic single-nozzle wet nitrous kit. Just about any kit will do. All you need to do is drill and tap the induction tract, install the fogger, and BOOM. Kits come complete with everything you need. If you want to do the thing right, you should spend a little more and get an rpm window switch and pressure safety switch. Adding those items will push the $750 marker we set above, but will help you avoid blowing your motor. With this mod, you should add around 80 hp to your engine. 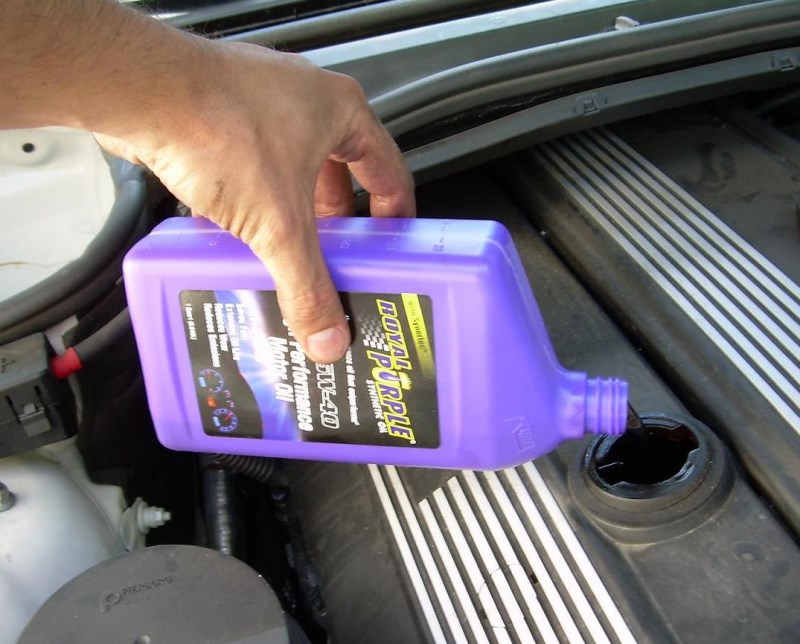 Synthetic oil can change the performance of any engine. For added performance, many tuners recommend Royal Purple. The main reason is the hp increase attributed to the company’s proprietary Synerlec(R) additive. Disclaimer: Autowise not receive a kickback of any kind from Royal Purple. This writer has used and knows people who use the brand and it is honestly better than other synthetics. You can see up to a 5 hp difference with this oil. On the down side, a full engine oil change will set you back around $60 per, so the hp gain may not be enough to make sense to some. 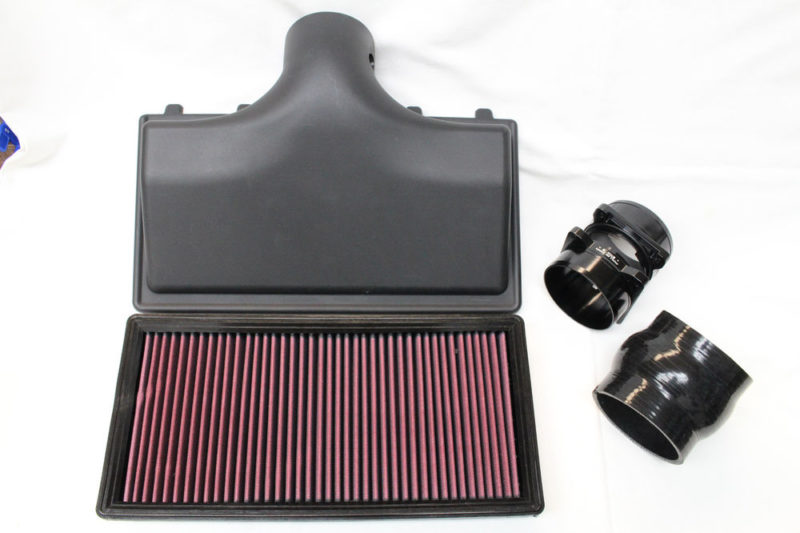 OEM airbox lids have restrictive stock baffles and resonator assemblies. Adding a performance airbox is a quick way to add up to 12 hp for under $125. Major brands like SLP, K&N, and Pro Tec Performance all make great options. 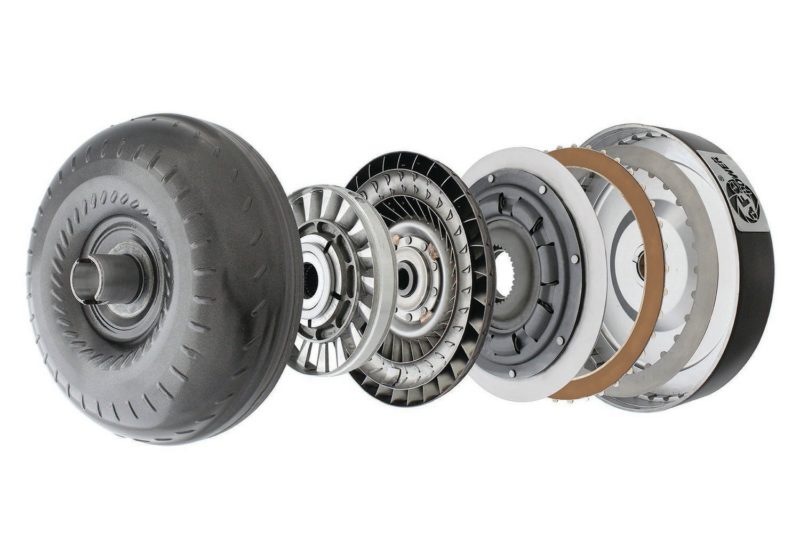 Alright, no hp gain for your engine from changing the torque converter, but a reduction in your run time isn’t going to hurt your feelings either. We all know that a factory converter is designed for maximum fuel efficiency. That means they will lock up as soon as possible, insuring economy without bogging. Switching to a torque converter that allows for a looser transmission-to-engine connection slip. Be careful to buy one that is compatible with the factory lockup tuning. One of these units will shave 25 hundredths from your run time. You can find very loose units, but they will set you back quite a bit of money and may require tuning work from a professional. 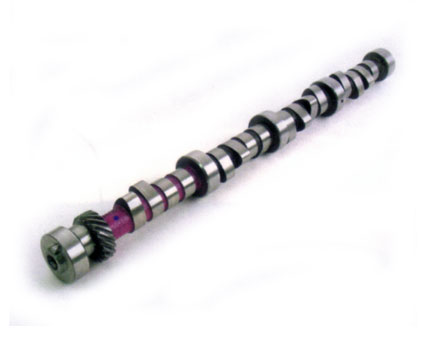 Changing the cam to a performance model like something from Comp Cams or Summit Racing, can add as much as 100 hp to a crate engine. To hit the 100 ponies, you have to get pretty aggressive. One option is a COMP 289LRR hydraulic roller cam. This cam offers a .624 lift, a 239/255 duration split at .050, and 114-degree lobe-separation angle(LSA). While a stock LS1  should handle this cam, we would advise adding JE forged pistons and 3.125 inch K1 rods for added strength. Be sure to use high performance rings with your new pistons.

6. Change Out The Heads 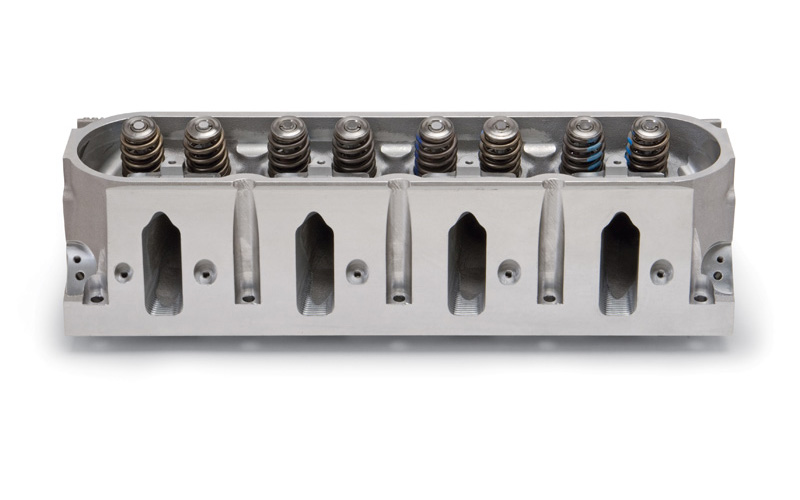 Well, since the engine is open, why not change the heads? The stock heads of an LS1 have a port flow of around 250 cfm. Not bad for a stock engine, but adding a set of high-performance heads can get the port flow as high as 450 cfm, depending on the heads you buy and what material they’re made from (cast iron, aluminum). Keep in mind, the higher the port flow, the more the heads are going to set you back. Assuming that you changed to a high-performance cam, but used a set of ported factory cylinder head units rather than performance cylinder heads, you can let the pushrod length stand. Also, be sure that you have the right valve package, a multi-angle competition valve set-up, and valve springs that can support a high-performance cam up to 7,000 rpm.

If you’ve got this far, you might as well go even further and treat the engine to new intake manifolds, fuel injector, rocker arms, valve covers, valve spring, rod bearings, throttle bodies and throttle body overhaul, an upgraded water pump, oil pan, and more. At this stage though, you might as well opt for an aluminum block Chevy performance engine and scrap your original factory one. 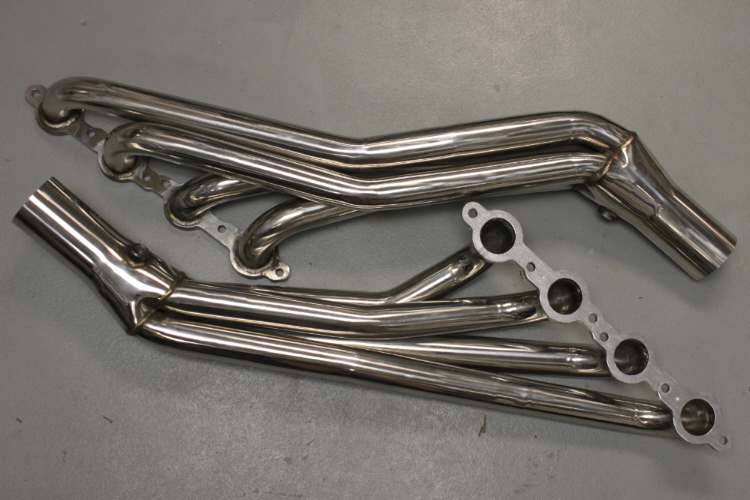 So, it seems that the debate hinges directly on where you want to add power. What isn’t up for debate is that adding headers will add horsepower and torque. You see an increase in power of as much as 20 hp and 10 lb-ft by bolting on a set of headers. 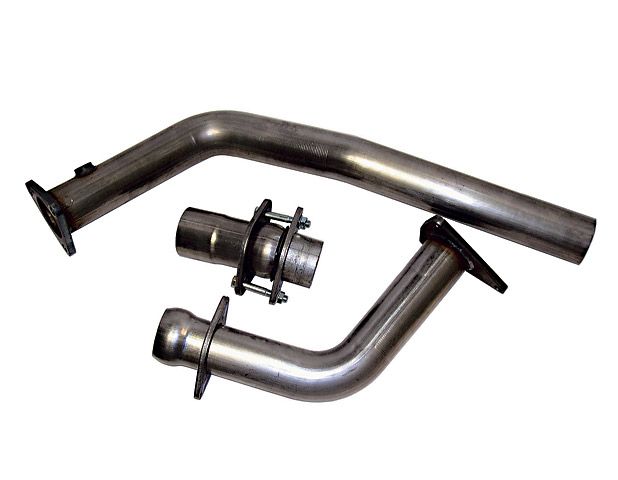 Let’s say that for some reason adding a set of headers is not an option. Obviously, that is a horrible situation to be in, but let’s say it happened. You might be able to add a set of cat eliminating pipes to your engine.

Cat eliminating pipes take the place of the factory catalytic converter and can add up to 8 hp. Unfortunately, you need to tune your engine so that these pipes do not set off codes and your car will not pass an emissions test, but you gained 8 hp. 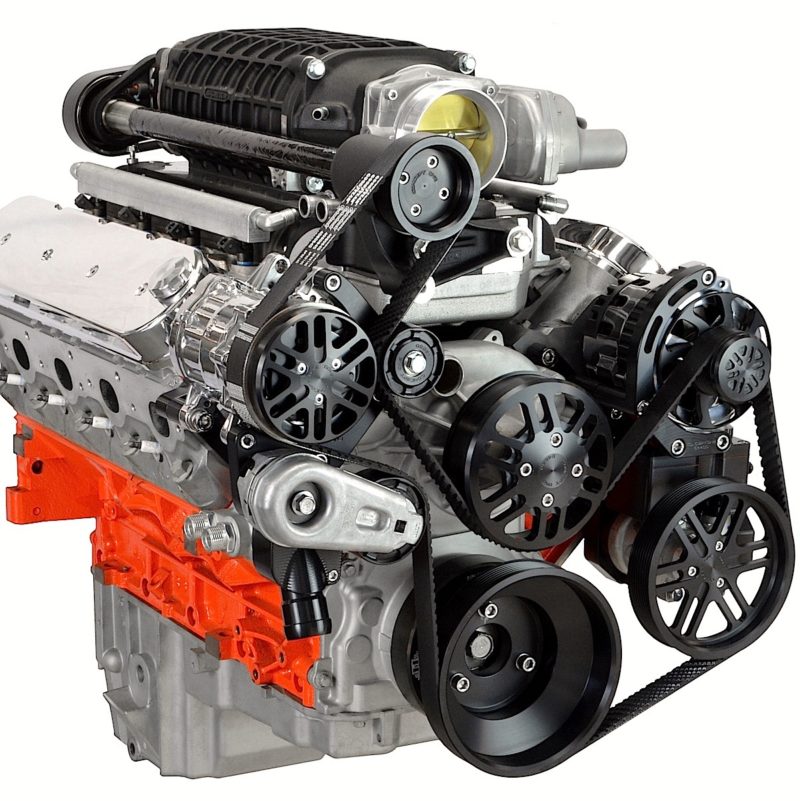 Yes, we just blew our stated budget by adding a supercharger, but we could not resist. There are dozens of companies that are building great superchargers that will fit your LS1 unit. Kenne Bell and ProCharger come to mind rather quickly. It doesn’t matter which manufacturer you go with, be sure to pop for a blower as well. The ideal system will be an all-in-one setup that comes complete with an air-to-air intercooler and a blow-off valve. Still, it does water down that original naturally aspirated sex appeal that’s usually the biggest attraction to a Chevrolet Corvette or Chevrolet Camaro (or late Pontiac Firebird, if you remember them).

If you add all of these mods to your engine, you could dyno around 715 hp and 620 lb-ft of torque. With a bit more in-depth engine knowledge or help from a professional, it is possible to boost an LS1 block engine well into the 900 hp range. Of course, you are going to have several thousand dollars in a single engine and the car that it is in may not be street legal, but what is street legal to a gearhead anyway.


How To Reset The Acura TPMS Light Yourself
10 Best Car Trash Can Products For 2020
The Best And Worst JDM Engines Ever Created
Ranking The Best Oil Filter Removal Tool Options Of The Year...
9 Essential Car Hacks And 10 More For Winter!
5 Ways To Lift Your Car To Work On It According To Your Budg...