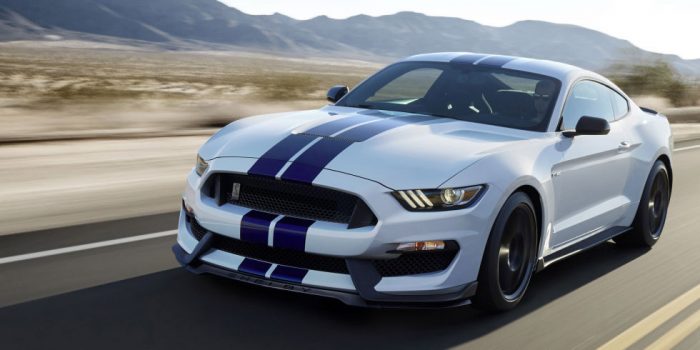 The latest changes in the automotive realm are causing even more and more automakers to trade in their aspirated engines for supercharging, turbocharging, or a hybrid assist. However, there’s still a group of diehard enthusiasts sticking to the sweet, addictive no-battery assist and natural aspiration.

What Does Naturally Aspirated Mean?

What is naturally aspirated? What is forced induction? What is the difference? If you’re not familiar with these terms then don’t panic. We’ve got you covered.

A naturally aspirated engine is a normal internal combustion engine that receives the oxygen that it requires to cause energy via traditional means. In short, it relies on atmospheric pressure to deliver air to the combustion chamber, which is different to forced induction powerplants that receive their oxygen through turbocharged and supercharged forced induction devices to increase performance.

Supercharged and turbocharged engines are definitely not the same thing. They both a turbocharger and supercharger force more air into the engine but they work differently. A supercharger is a forced induction system that uses an air compressor to increase the amount of air, pressure and density of air being fed into a combustion chamber, burning more fuel and increasing an engine’s power output.

Many new cars and motorcycles are relying more and more on turbocharged and supercharged technology to increase power outputs without producing more emissions – even more so that many new car models that you can buy today are striving to eliminate the old problem called turbo lag which hampered power delivery and throttle response. Turbo diesel engines were incredibly popular, but they’re losing ground to new car models with petrol engines because of emissions laws and greater fuel economy.

What Are The Advantages Of Naturally Aspirated Engines?

It’s evident that naturally aspirated engines are slowly but steadily yielding in favor of, usually, more efficient turbo and supercharged versions with smaller displacement. Even with turbo and supercharger trend catching fire, good old fashioned normal aspiration still has a lot to say. Apart from the fact that naturally aspirated engines still rule the affordable car markets where power outputs aren’t nearly as exciting, they can still kick some serious ass in more powerful applications. In fact, normally aspirated mills still power some of the fastest and most prominent sports and supercars of today. Plus, nothing beats the sound of huge, naturally aspirated performance cars and trucks in full swing.

Here’s a list of the most powerful naturally aspirated machines that you will come across today. 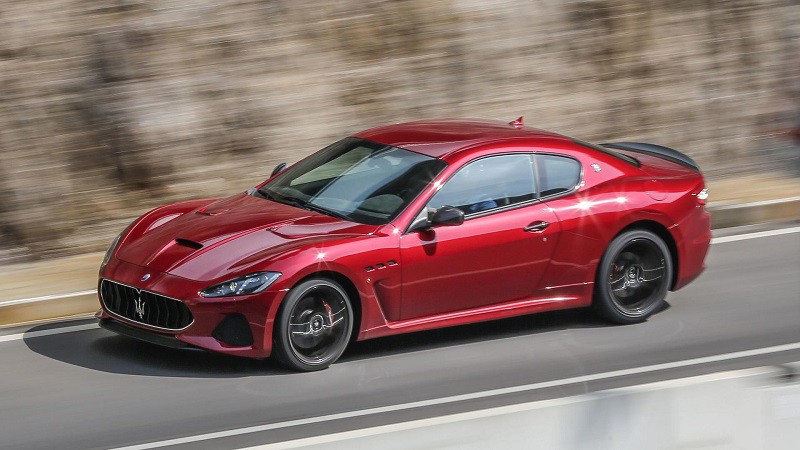 Of course you remember the Maserati GranTurismo. It boasted amazing design, as well as its ravishing musical V8, made many fans weak at the knees. But did you know that this veritable beast is back and in a new and improved Maserati GranTurismo MC form. Equipped with a Ferrari-designed V8, it cranks up less heat compared to other cars like the Mercedes-AMG and BMW M, but if you listen to one revving, this will be a non-factor for you. It’s expensive and not as powerful as other beasts on the market but it’s an absolutely beautiful piece of Maserati rolling art. 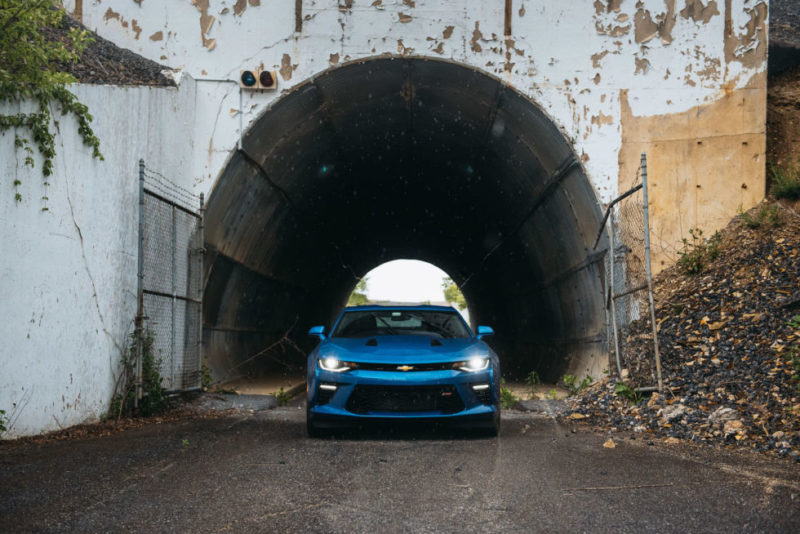 Adapting its V8 6.2-liter engine from the latest Chevrolet Corvette, the Chevy Camaro SS offers high-performance that its predecessors dream of. For track-ready awesomeness, the 1LE package is definitely the choice to go with. 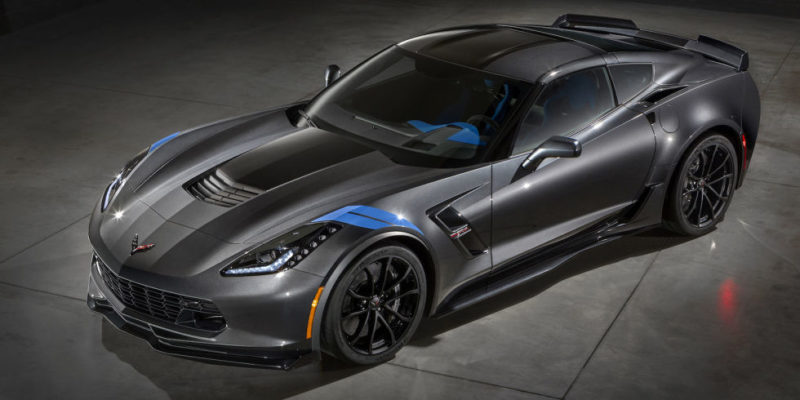 There are Corvettes with superior horsepower such as the 650 HP Z06, but you don’t really need to get down with such horsepower to have a good time. The Grand Sport and Stingray are more than powerful and can turn up the heat. To have an even more pleasant experience, the Grand Sport Z07 track-focused package will do the trick. 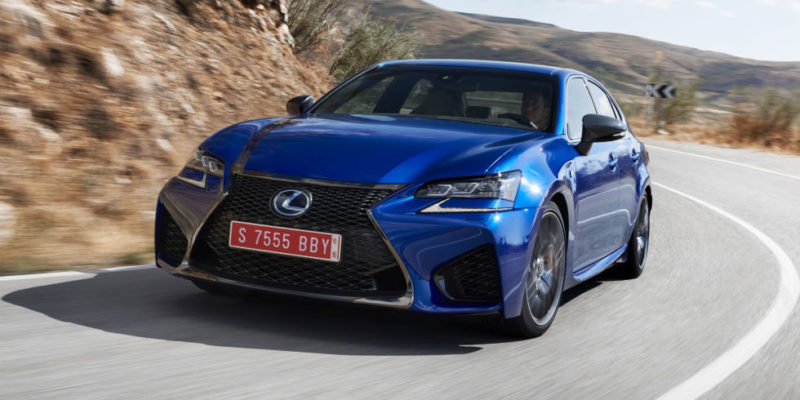 One can easily say that the Lexus GS F is no rival to the E63, M5, and CTS-V due to its lack of the V8-boost effect. Well, this might be partly accurate, but its charm does well to make up for this slight dent. This V8 5.0-liter machine is addicted to revving and sounds pretty cool while doing its thing, winning acclaim from all the car reviews we’ve read. 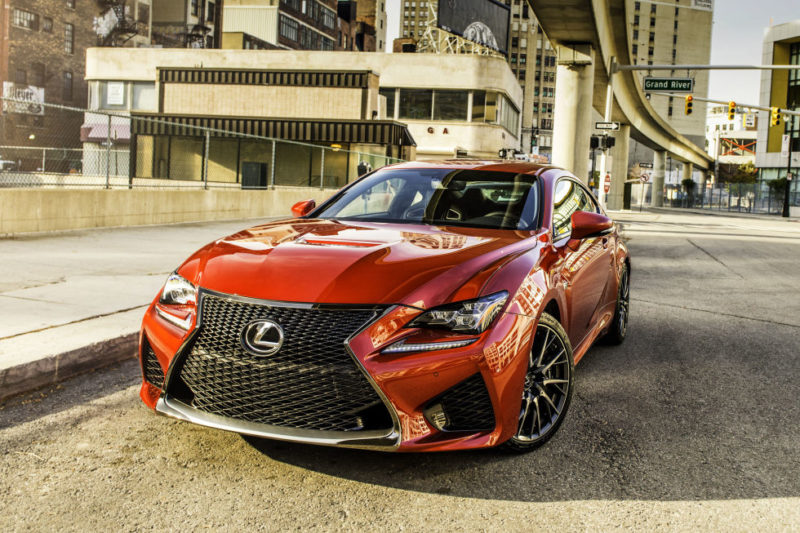 If you’re looking to acquire an even more enhanced GS F V8 with a pocket-friendly two-door system, Lexus is kind enough to offer you this RC F. Thinking about it; this beauty seems to be much friendlier than its GS F counterpart. 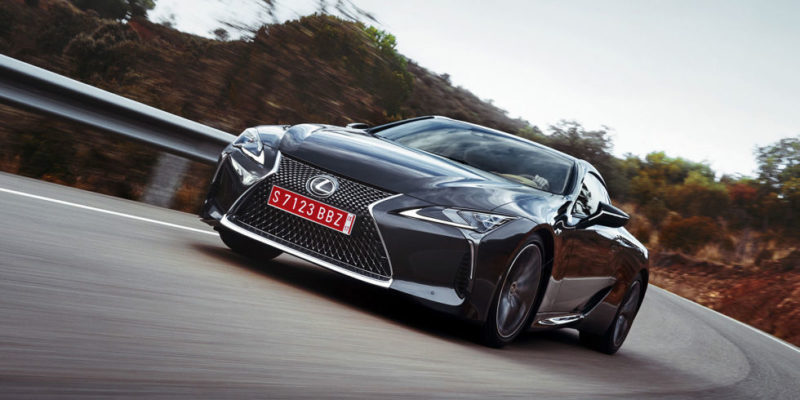 Even though the Lexus LC 500 shares the same V8 5.0-liter with the RC F and the GS F, it attains a higher horsepower rating of four. This beats our understanding, but something to note is that the LC 500 features a brand new 10-speed gearbox unlike that of the RC F and GS F which only utilize eight. 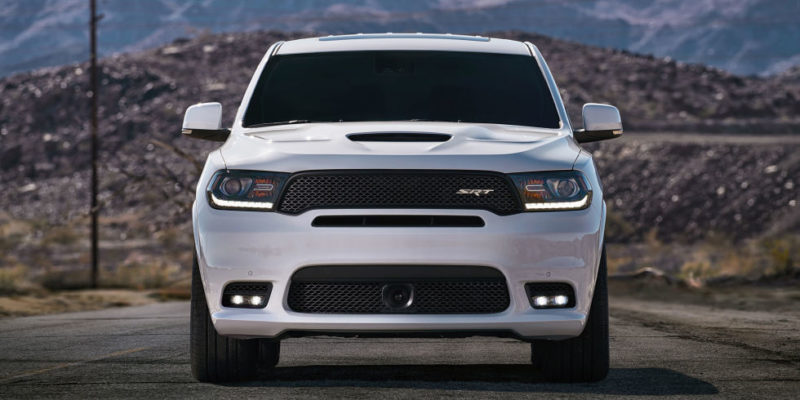 Borrowing the enhanced version of SRT’s 6.4-liter Hemi V8, the Jeep Grand Cherokee and the Dodge Durango SRT can offer you excellence in a neat, practical package. But, if you’re looking for something stronger, you can always wait for the Jeep’s impending Hellcat-powered Grand Cherokee.

Dodge features its V8 6.4-liter Hemi in both the Dodge Challenger and Charger in Scat Pack with SRT 392 trims. With a 485-horsepower output backed up by a top-performance exhaust note, the 392-cubic-inch V8 from Dodge offers extraordinary muscle power. Not to mention, the $40,000 and below starting price of the Scat Pack designs is more than philanthropic. Who wouldn’t want a Dodge Challenger SRT?? 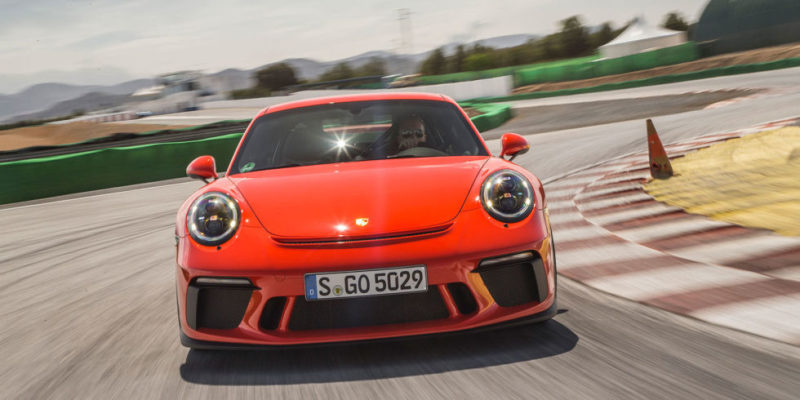 The current 911 GT3 features a flat-six 4.0-liter same as the one found in Porsche’s race vehicles. Even though it might only produce 500 horsepower, the 911 is the only beast in this list fitted with six cylinders. It’s a beautiful sports car that’s always a focus of car news and reviews. 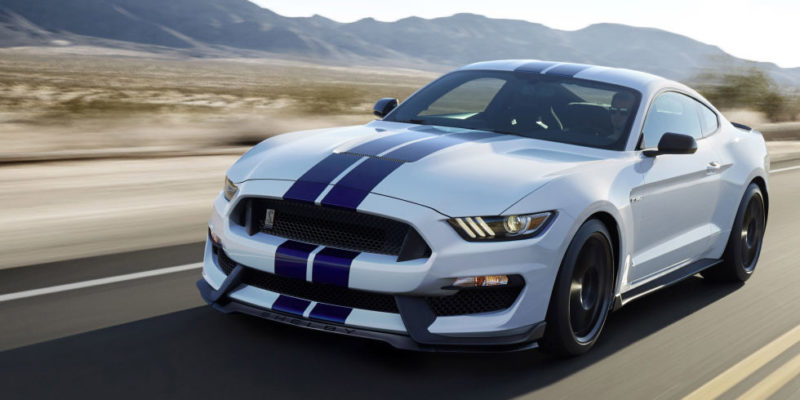 Ford featured the 5.2-liter V8 in the Ford Mustang Shelby GT350 and GT350R, which for the first time saw the Mustang obtain a flat-pane crankshaft. This engine offers superior horsepower and the 8250-rpm redline tops it all up. Both cars are extremely fast as well, but GT350R takes the cake thanks to its track setup. It only needs 3.9 seconds in order to reach the speed of 60 mph, while its R-less counterpart requires 4.3 seconds. Could this be the last of naturally aspirated engines in the Shelby Mustang lineup? 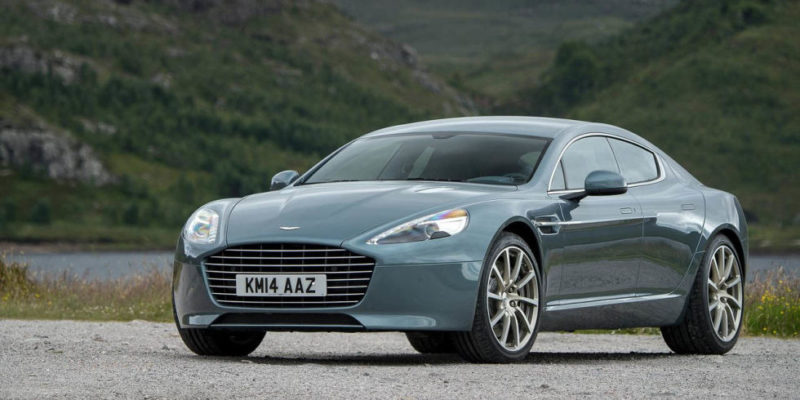 Even though this naturally aspirated Aston Martin 5.2-liter V12 might be going extinct to make way for the new twin-turbo 5.2-liter V12, it still offers some vigor in it. The Rapid S cranks out a whopping 550 HP with more powerful designs available for your taking from the company’s line-up. 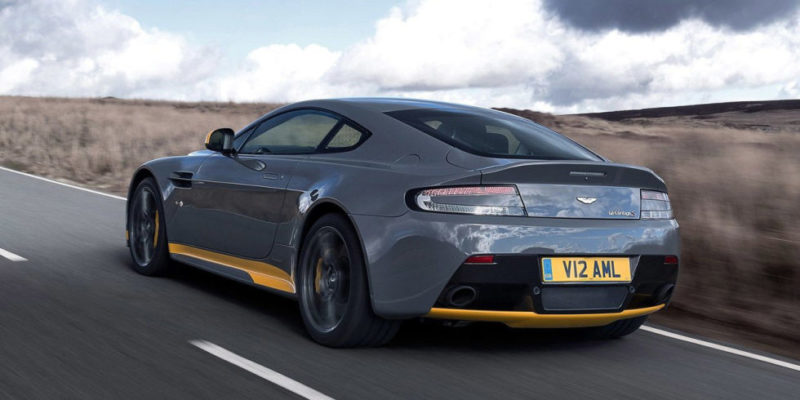 Aston’s V12 Vantage S comes with a 5.9-liter engine offering a 565-horsepower output and is fitted with a seven-speed manual gearbox. Both the Vantage S and Vanquish (below) offer the same 362ci  V12 capable of making 565 hp and 457 lb-ft of torque. In fact, the Vanquish coupe and Volante produce even more power as of the 2014 model year. That’s enough for 0 to 60 time of 3.6 and 3.8 seconds respectively, while the V12 Vantage S accelerates to 60 mph in 3.7 seconds.

The Vanquish S is one of the most fortunate machines as it features Aston Martin’s most powerful version of the natural aspirated V12 offering 580 horsepower. Unfortunately, it doesn’t have a manual option. 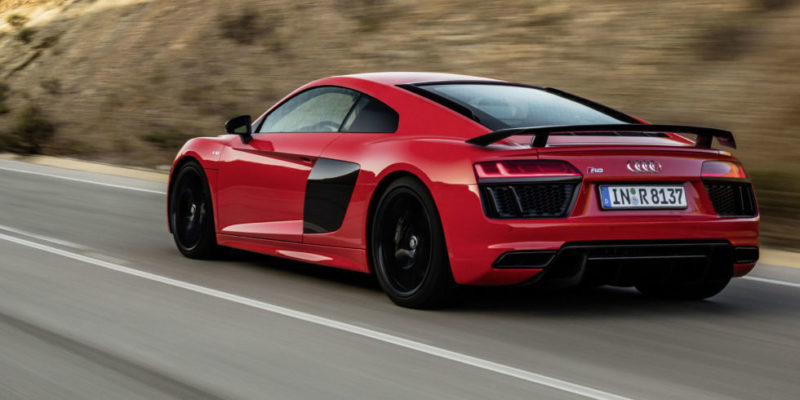 The Audi R8 V10 is one the remaining natural aspirated Audis, and we’re more than grateful for this. Straight from the factory, the R8 V10 cranks out 610 horsepower same as that of its counterpart (The Lamborghini Huracan LP610-4). A 540-HP version of the R8 is also available. 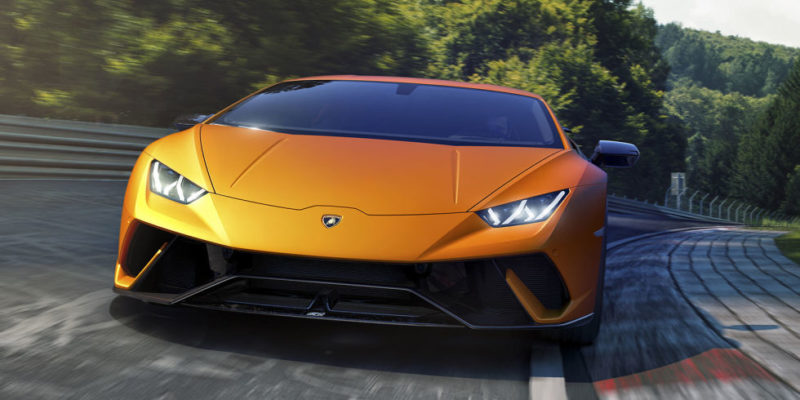 The 5.2-liter V10 Huracan Performante is good for a 640-HP output and comes with a brilliant active aero system which makes it one of the fastest vehicles to ever scour the earth. Also available is a rear-wheel drive Lamborghini Huracan offering 570 HP or an all-wheeler charging up to 610 HP. 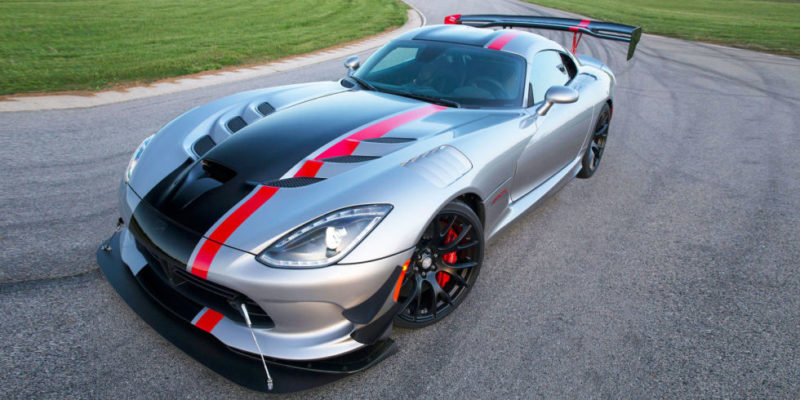 Even though the Viper production run is coming to an end and you won’t be able to order one anymore, they’re still plenty of them lying in dealer lots.  Staying true to the phrase “no replacement for displacement,” this Dodge racks up 645 HP facilitated by its V10 8.4-liter engine with a six-speed manual transmission option. 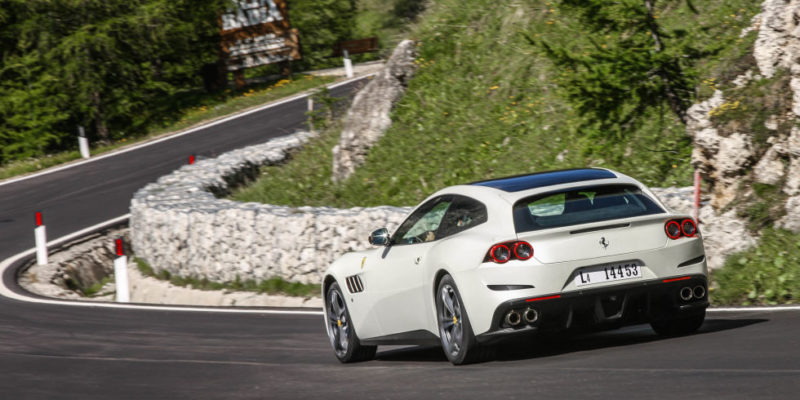 There are very few cars touring the earth which can have room for three of your best friends when riding around and still pack up to almost 700 HP. Well, the Ferrari GTC4Lusso is the only model in this group with a V12 that’s naturally aspirated. It doesn’t hold the top position, but it’s definitely a masterpiece. 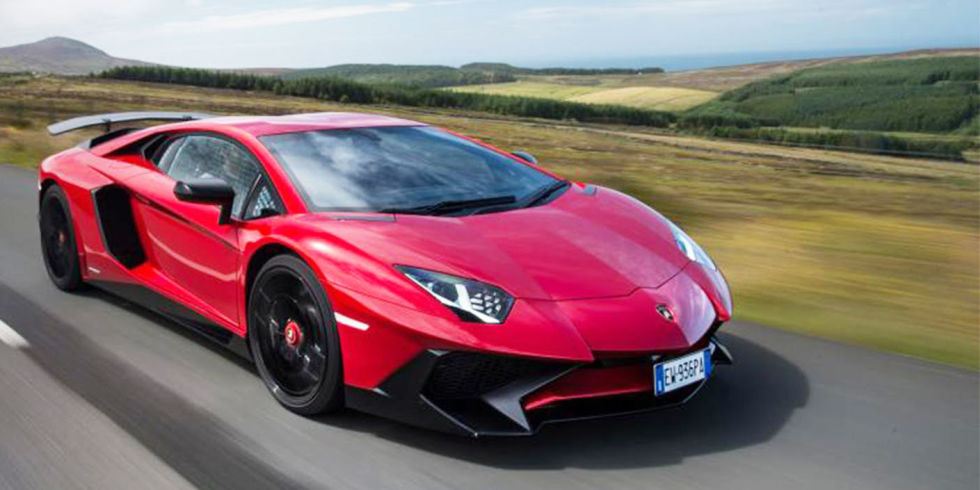 There’s no doubt that all Lamborghini Aventadors offer great performance; however, the LP750-4 SV tops them all with a 6.5-liter V12 producing 750 HP. The 730-HP Aventador S and the 691-HP base Aventador options also make for a strong case. 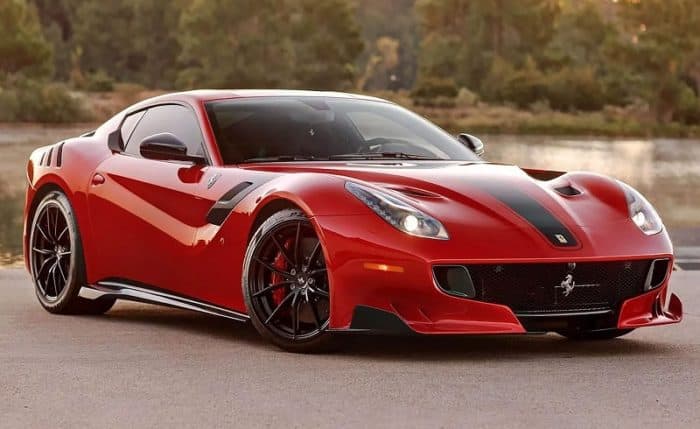 The Ferrari GTC4Lusso and F12 Berlinetta generate 680 and 730 horsepower respectively thanks to their 6.3L F140 V12 engine. However, the very same powerplant manages to fulfill its potential in Ferrari F12 TDF where it develops as much as 769 horsepower and 520 lb-ft of torque. Track-oriented F12 can push up the top speed of 211 mph thanks to that, and it accelerates from 0 to 60 mph in 2.9 seconds. It’s not hard to figure out why Ferrari’s F140 engine is currently the peak of natural aspiration technology. 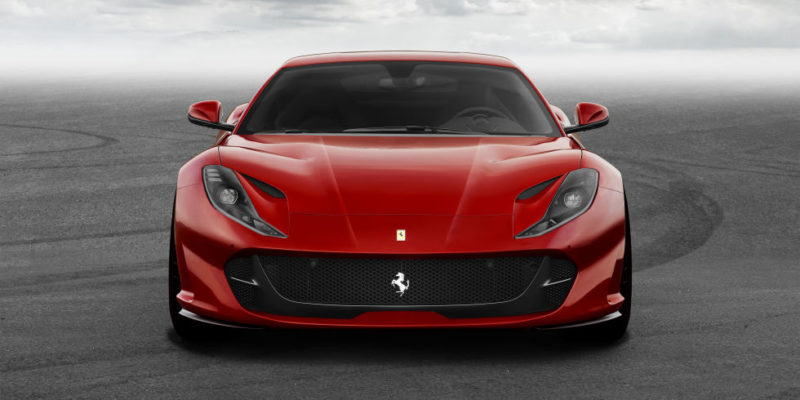 The 6.5-liter V12 Ferrari 812 is a coveted piece and is one of the most photographed and talked about road cars at auto shows all over the world. The nearly 800-HP natural aspirated engine mechanics beats our understanding, but we’re still glad Ferrari was kind enough to bless us with this beast.