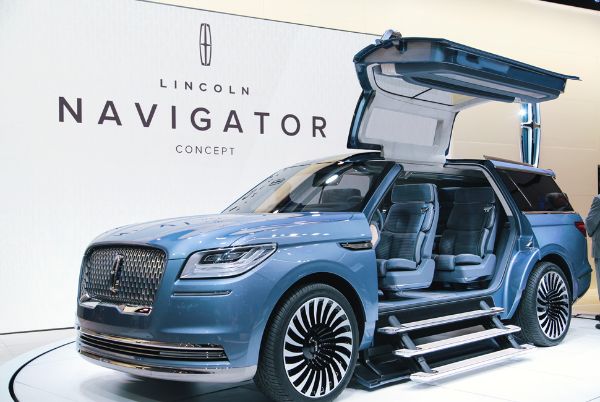 Gullwing doors have up to this point have been primarily associated with sports cars.  However, the Ford Motor Company thought that they were appropriate for their vision of the upcoming fourth generation Lincoln Navigator.

Unveiled at the New York International Auto Show today, the Lincoln Navigator incorporates design elements of what we can expect to see the fourth generation vehicle coming in late 2017.  One element that will not be found on the production version is the gullwing doors. 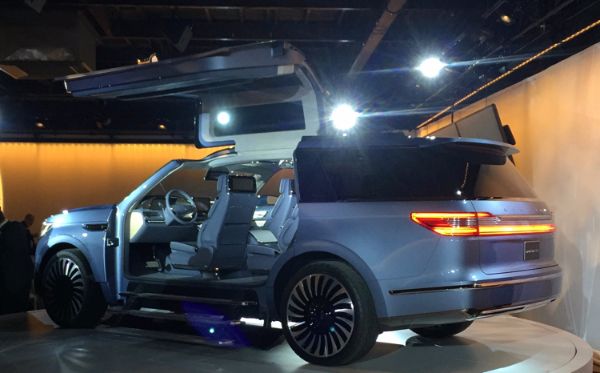 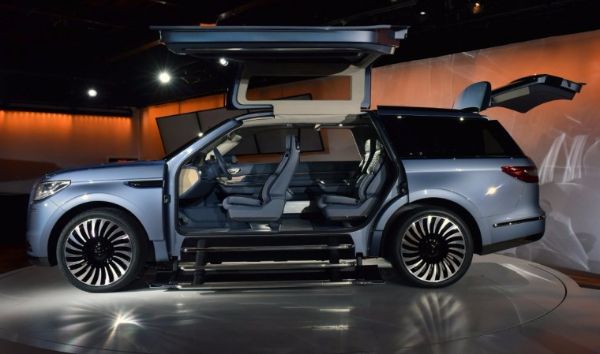 The Lincoln Navigator concept has several design elements we can expect to see when the fourth generation Navigator is released in late 2017.  Galhotra said that the Navigator will follow the lead of the Lincoln Continental, a luxurious concept and flagship sedan that was shown last year at the New York International Auto Show.  “The production car left intact the design language of many of the technological features of the concept car”, he says. 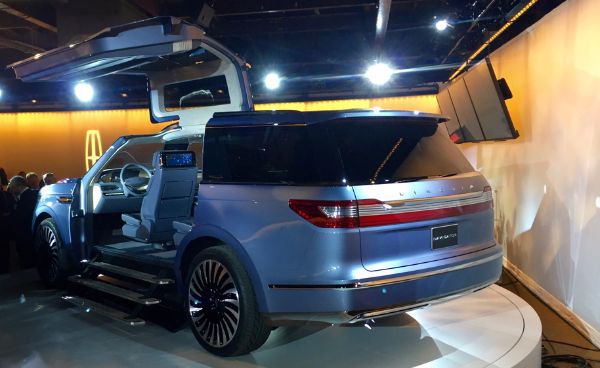 According to Lincoln Design Director David Woodhouse, “Navigator customers are all about family and protection”.  As a result, these elements embody the concept vehicle.  Families are also about interaction as well.  To facilitate this, large high definition video screens connect with other screens in the vehicle.  Additionally, an intercom system enables occupants in the front of the vehicle to communicate with second and third row passengers.  However, just turning around and talking with other occupants in the vehicle would likely be just as effective. 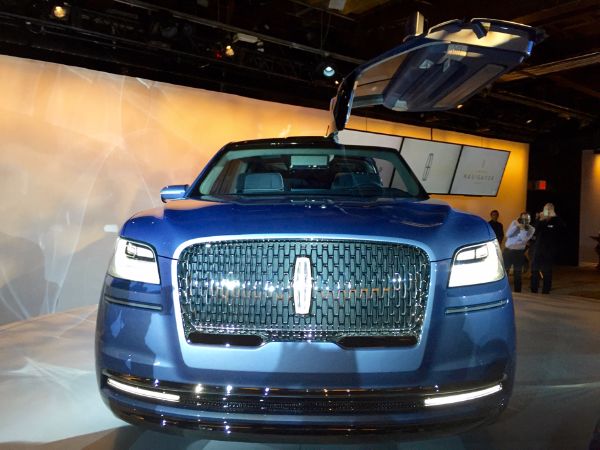 According to Woodhouse, the design team drew inspiration for the Navigator concept from luxury sailboats and yachts by aiming for an interior that is “light” and “optimistic”. 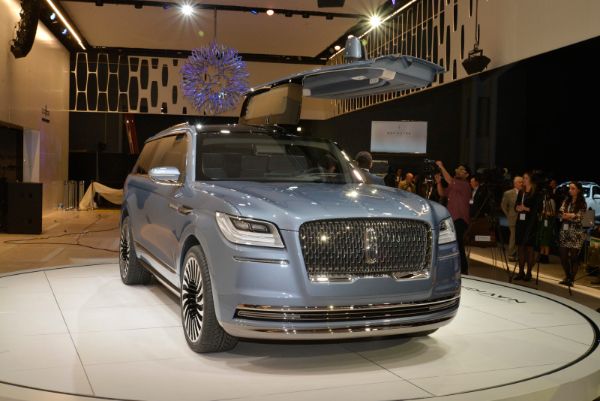 The Navigator concept also has a unique storage wall or ‘wardrobe management” system to organize things.  It is fully customizable and runs the full height of the cabin.  It incorporates a rear-view mirror that transmits images to a camera so that objects within the storage system never block the view to the driver.

The Navigator concept is powered by a new 3.5 liter twin-turbo V-6 engine that produces over 400 horsepower.  However, it is not known which Ford engines would be made available in the production version of the Navigator or what fuel consumption would be. 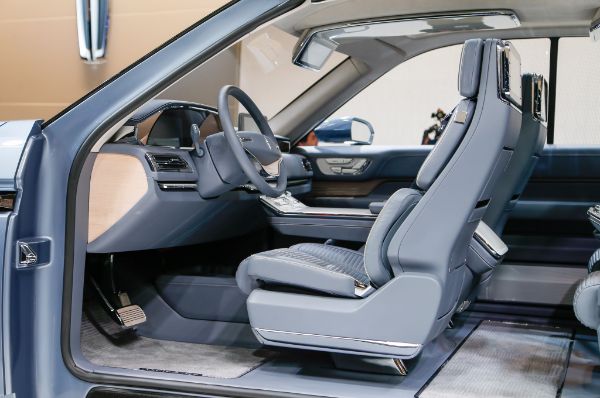 The Navigator is an important vehicle for Lincoln.  The first generation Navigator had a big impact on the market and Ford when it was first released in 1997.  Twenty years later, Lincoln is aiming for a  release having the same impact with the fourth-generation Navigator.