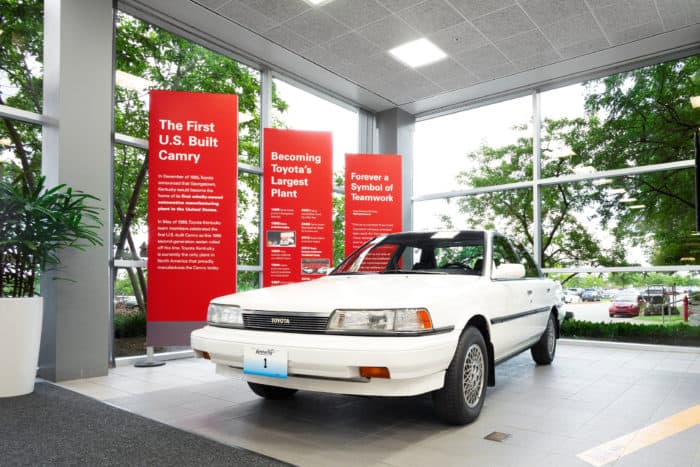 Most people who go to buy a car look for a vehicle that will last the longest. They want something that can handle everyday life from commutes to grocery store runs and road trips. Take those drives and multiply them by years or even decades and that is what the average consumer wants out of a vehicle

Unfortunately for everyone, it is widely stated that cars just aren’t made to last like they used to. The vast majority of new vehicles are filled with plastics and aging computers the minute they hit dealer’s lots. Knowing what people seek when shopping for a car, the group over at iseecars.com compiled a list of the top 10 vehicles that will last over 200,000 miles.

Previously, I wrote this article which shows the top 10 trucks and SUVs since they dominated the list. As a follow-up, the following list will reveal the top 10 longest lasting vehicles excluding trucks and SUVs. The iseecars study took a sample of 12 million cars 1981 and newer that were on the road in 2015. These results were compiled to determine which models had the highest percentage of vehicles over 200,000 miles. So without further ado, click through the gallery to see which cars last the longest!

Are These The Best Long Lasting Cars? 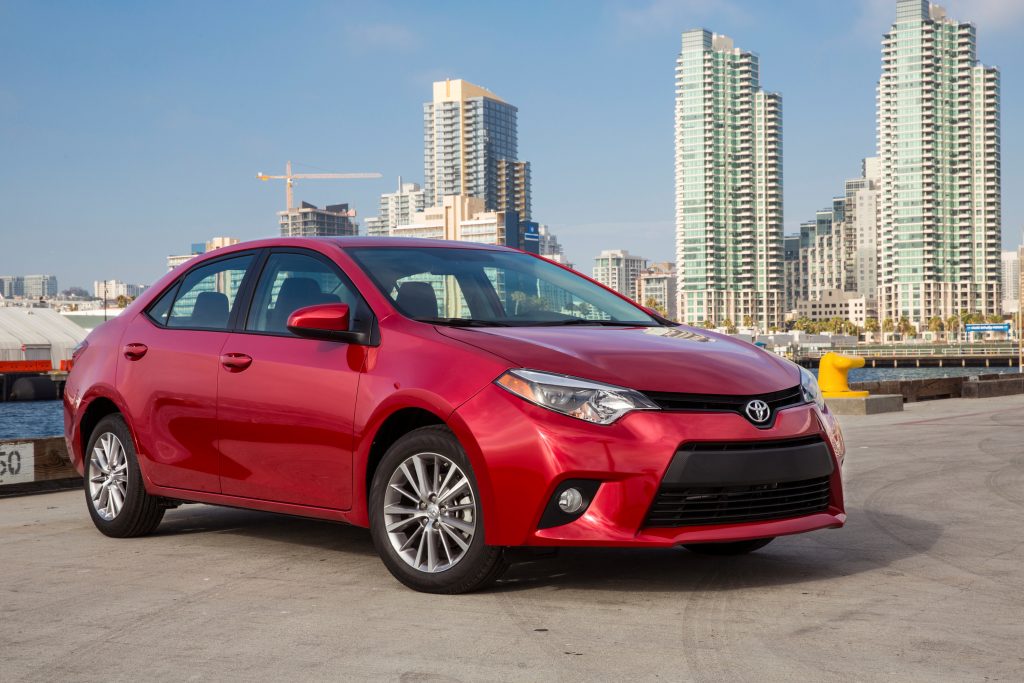 Two of these cars are what come to mind when I hear the words “commuter car”; the Toyota Corolla and Prius. The third car at #10 comes from another brand known for their longevity, Subaru, with the Forester. I think it would be safe to say none of these vehicles are a surprise for the list. Except maybe the Prius…To say almost 1% of Pri-i(?) on the road have over 200k on the odometer is a testament to how far battery technology has come. It also cements what the future of automobiles will look like, though I’d rather see more LaFerraris than Pri-i. 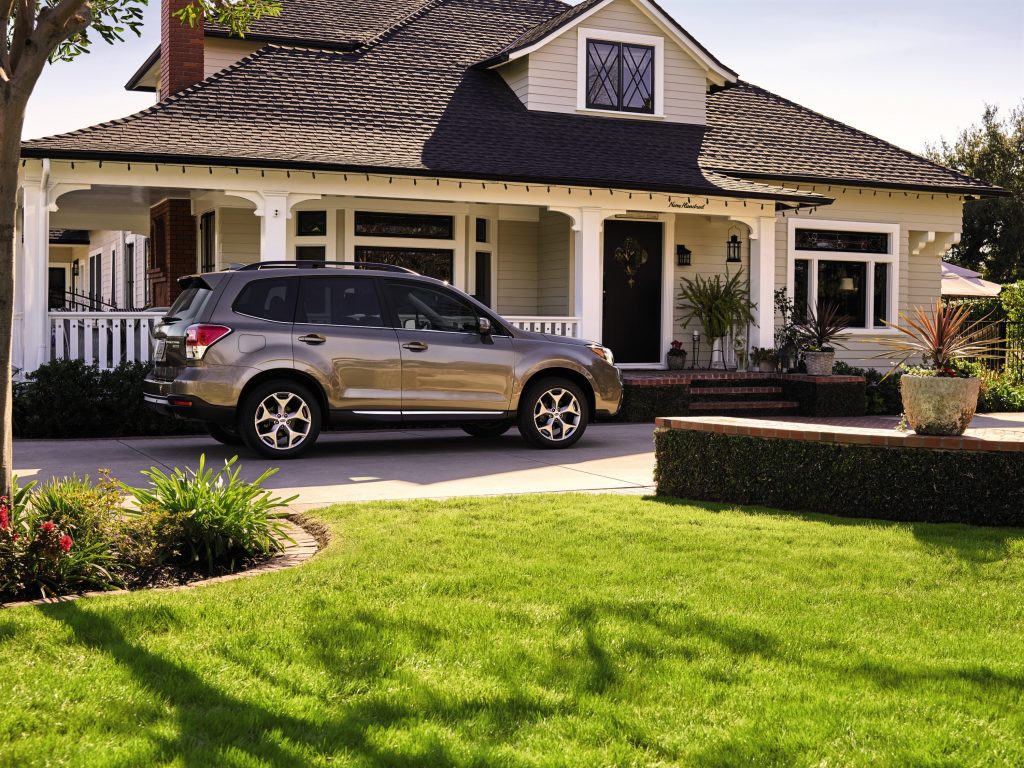 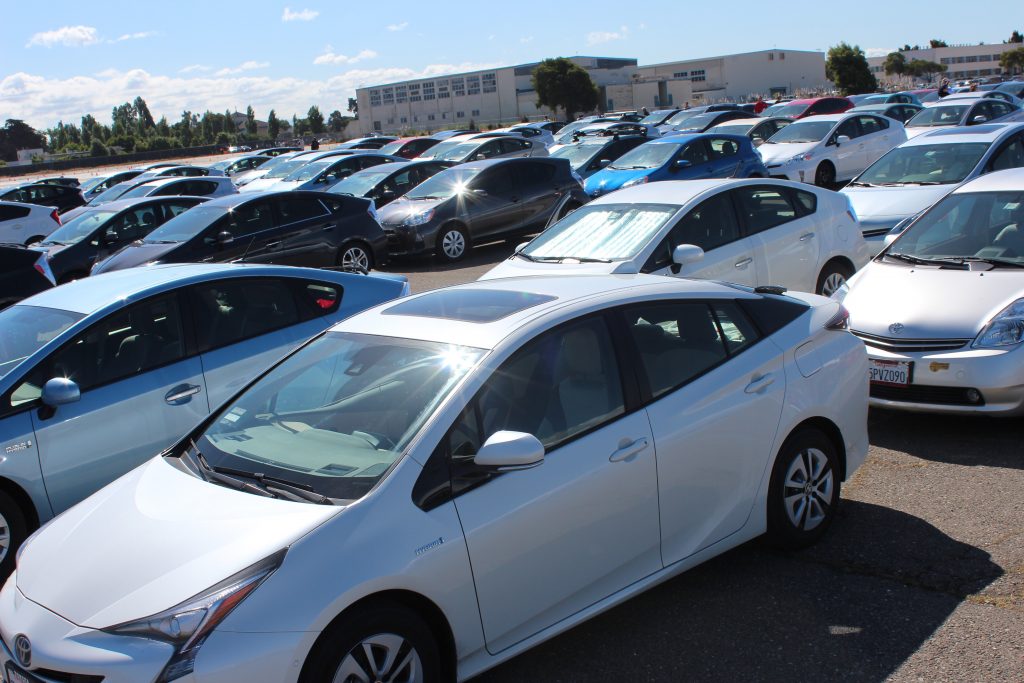 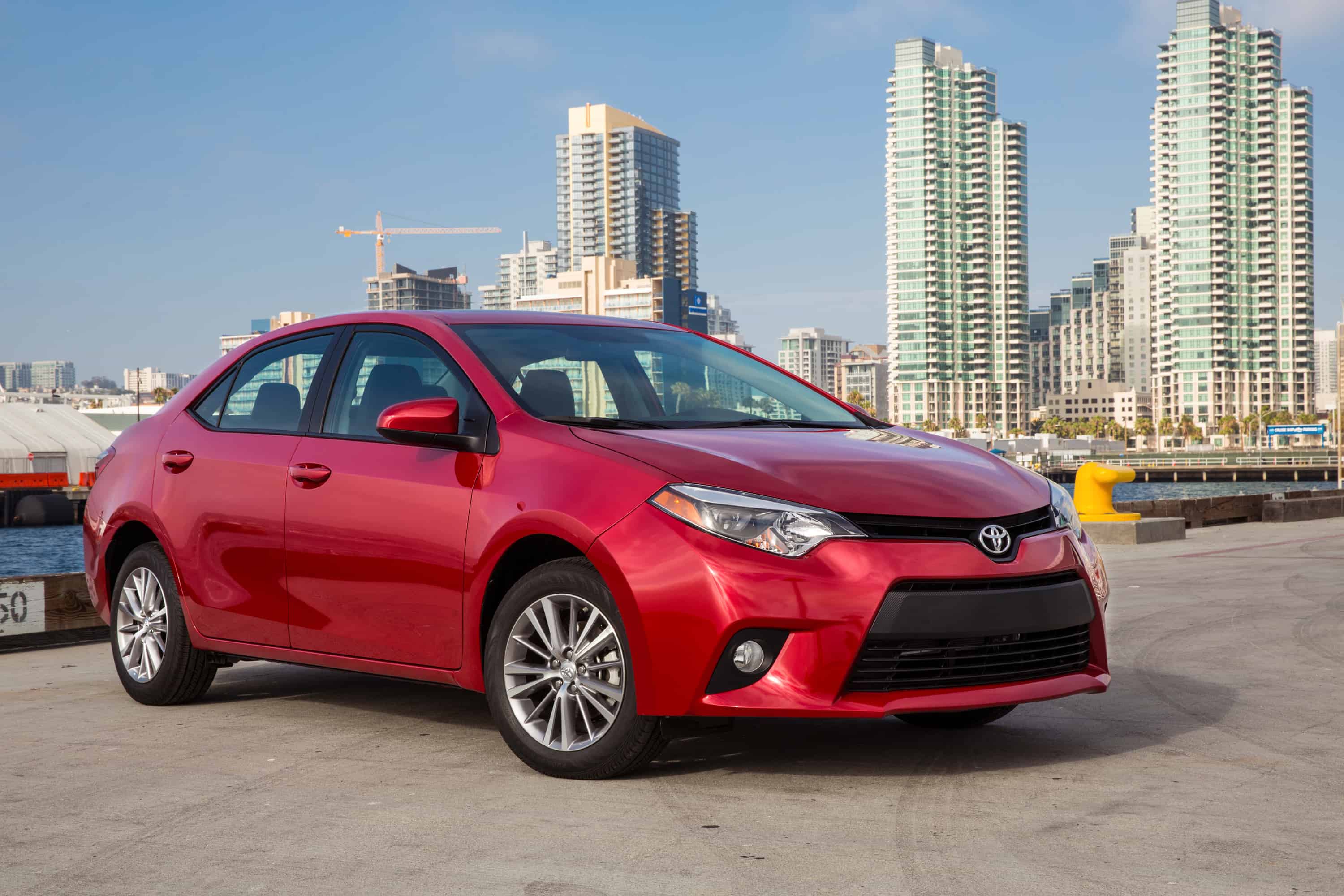 Dropping three spots from the last longevity test in 2014 is the Subaru Outback at #9. Again, this isn’t much of a surprise. Subaru touts their longevity in nearly every commercial they have. Not only do Subaru owners get long lasting vehicles, they also have insanely good resale value! 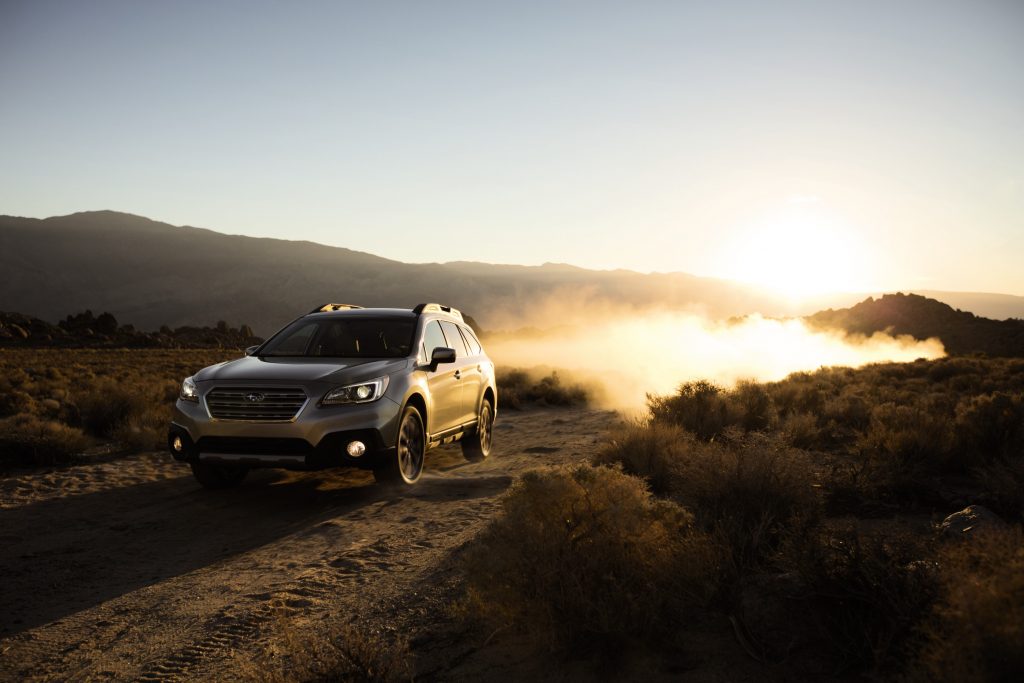 Sorry Dodge fans, but I wasn’t expecting to see a dodge on this list at all. Trucks are one thing but over the last decade or so, Dodge hasn’t had the best reputation with reliability. That being said, the Caravan has always been an outlier as it was on 2014’s list as well sitting just one spot higher at #7. So if you have a large family and love Dodge; the Caravan is a great choice for longevity at #8 this year. 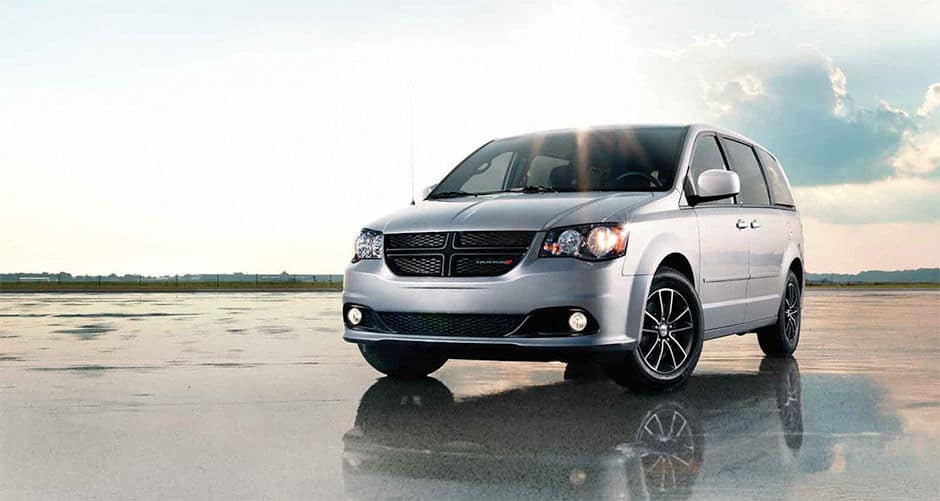 Another American car makes the list! The Chevrolet Impala has been a family sedan for a long time. It is also heavily used as a cop car. Tying the Impala at #7 is another minivan, the Nissan Quest. While Nissans do have a decent reputation for their reliability, this will be the only one on the list which makes the showing of the Impala even more impressive. 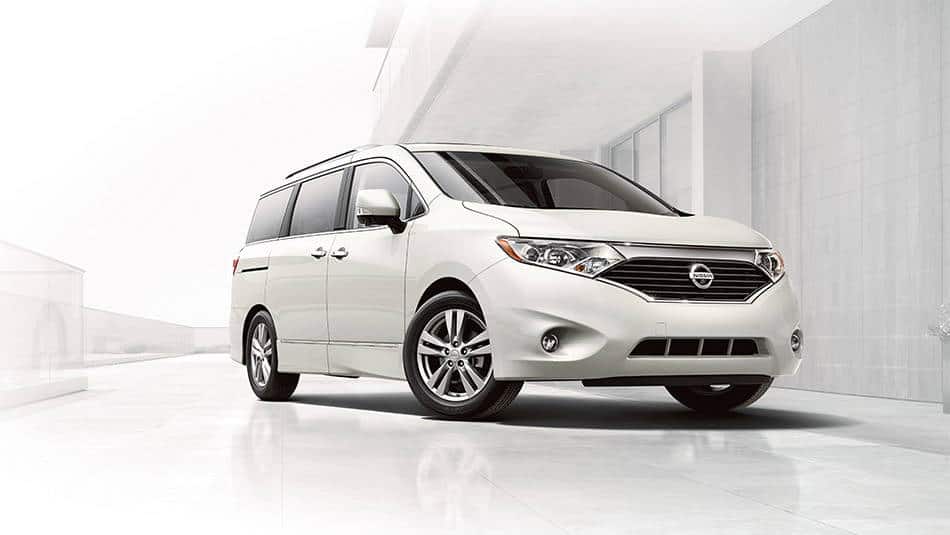 The third Subaru and third Toyota make the list in a tie at #6. Unlike Toyota though, this will be the last time we see a Subaru in this article. Being the larger brother of the well-loved Impreza, the Legacy doesn’t have much of a reputation at all. Making #6 on this list is quite the accomplishment to add to its resume though! Then we have the Sienna, another minivan making the list. Proving once again, manufacturers put a lot of thought and engineering into the ultimate people carriers. 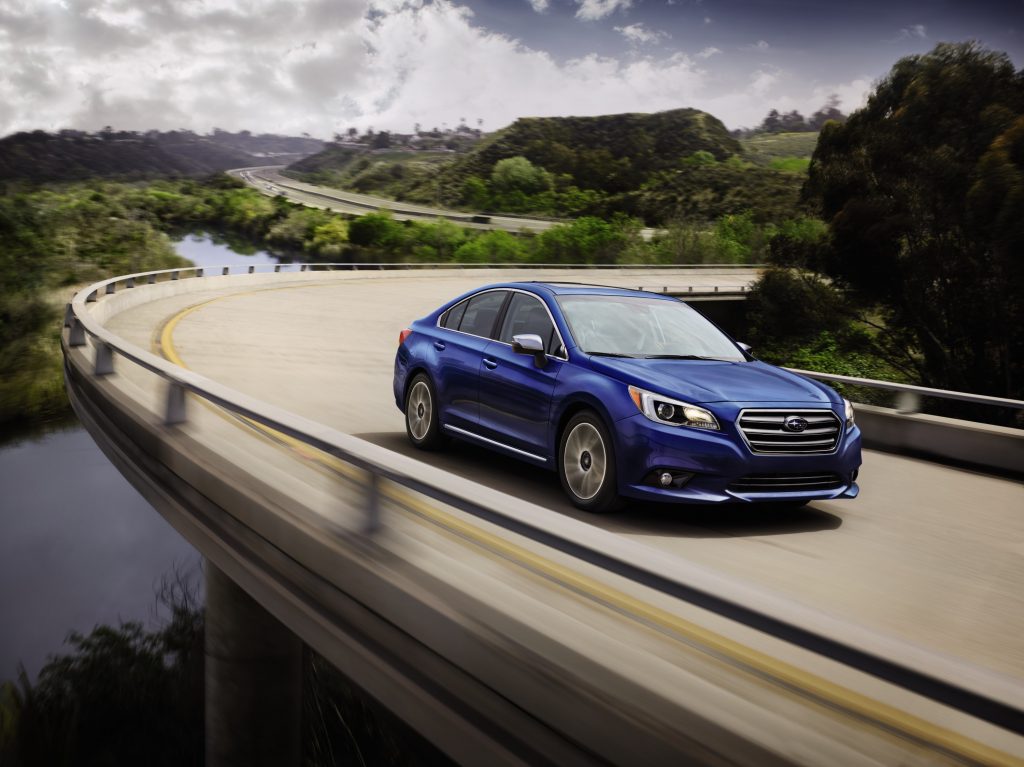 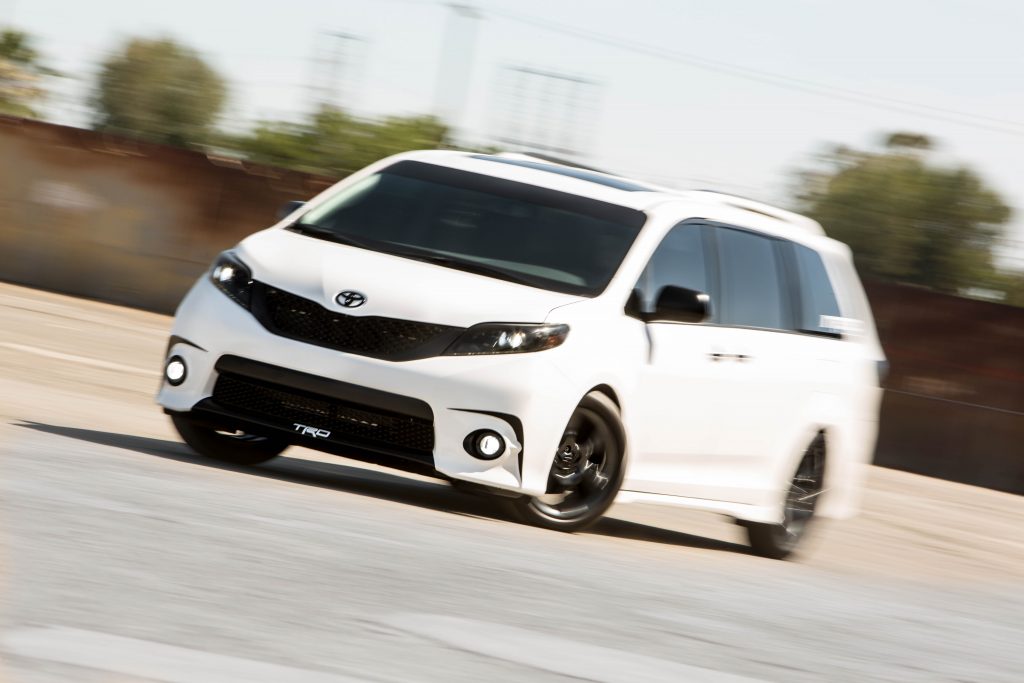 These two cars are seen in every city and on every highway across the country so it’s no surprise to see them on the list. However, it’s odd they are sitting at only #5. I would have thought these two cars would be in the top three at least but that is no easy feat. 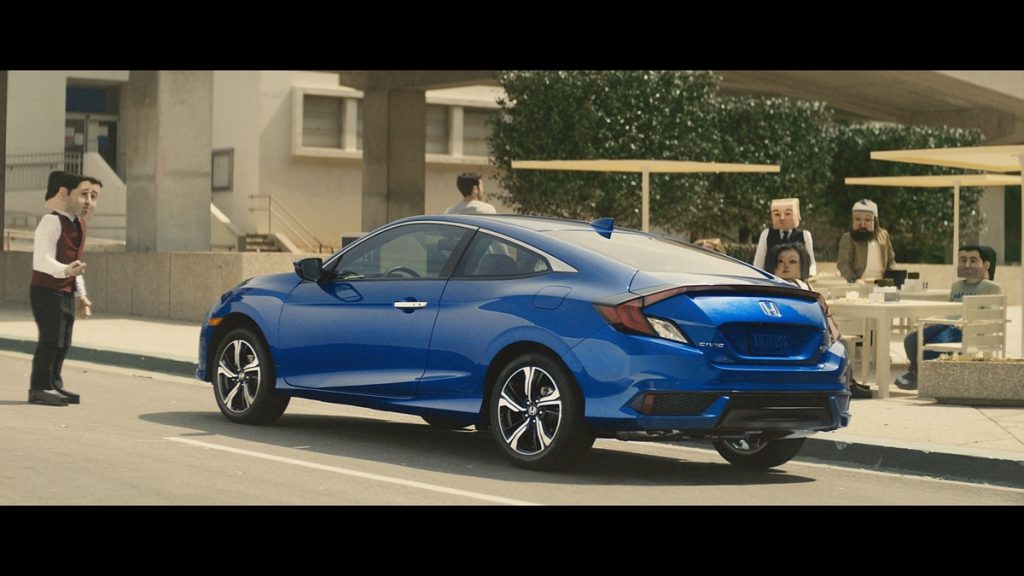 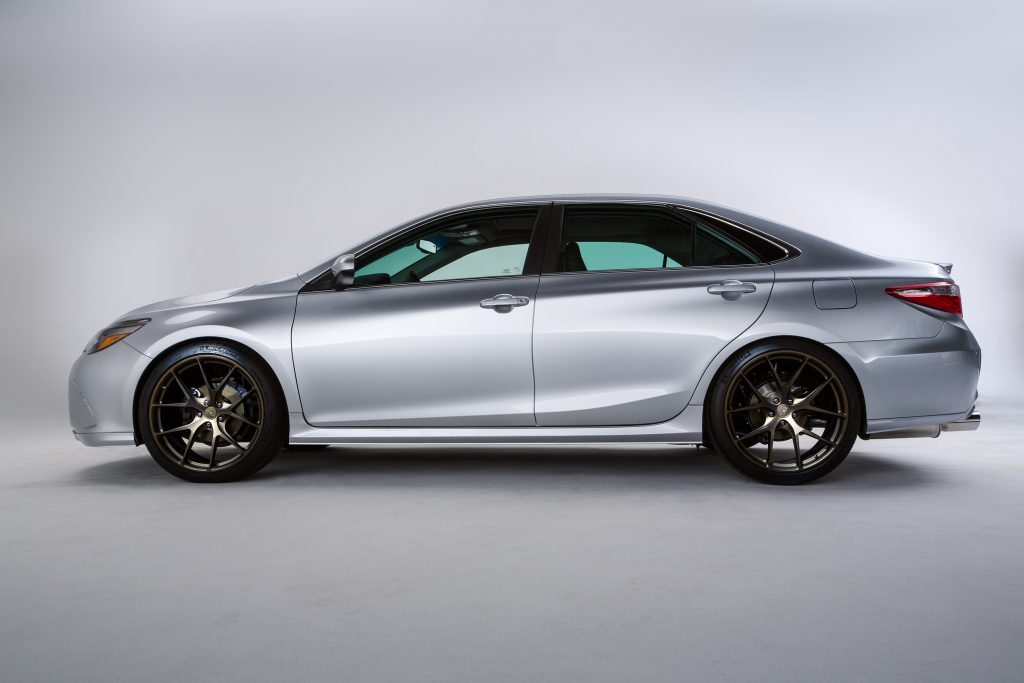 I have to be proud of Ford for being the final American car on the list, at the highest spot of the three. Being #4 is not easy, but knowing how many 90’s Taur-i (I did it with the Prius so why not try it here too) I see on the road, I guess I shouldn’t be too surprised. 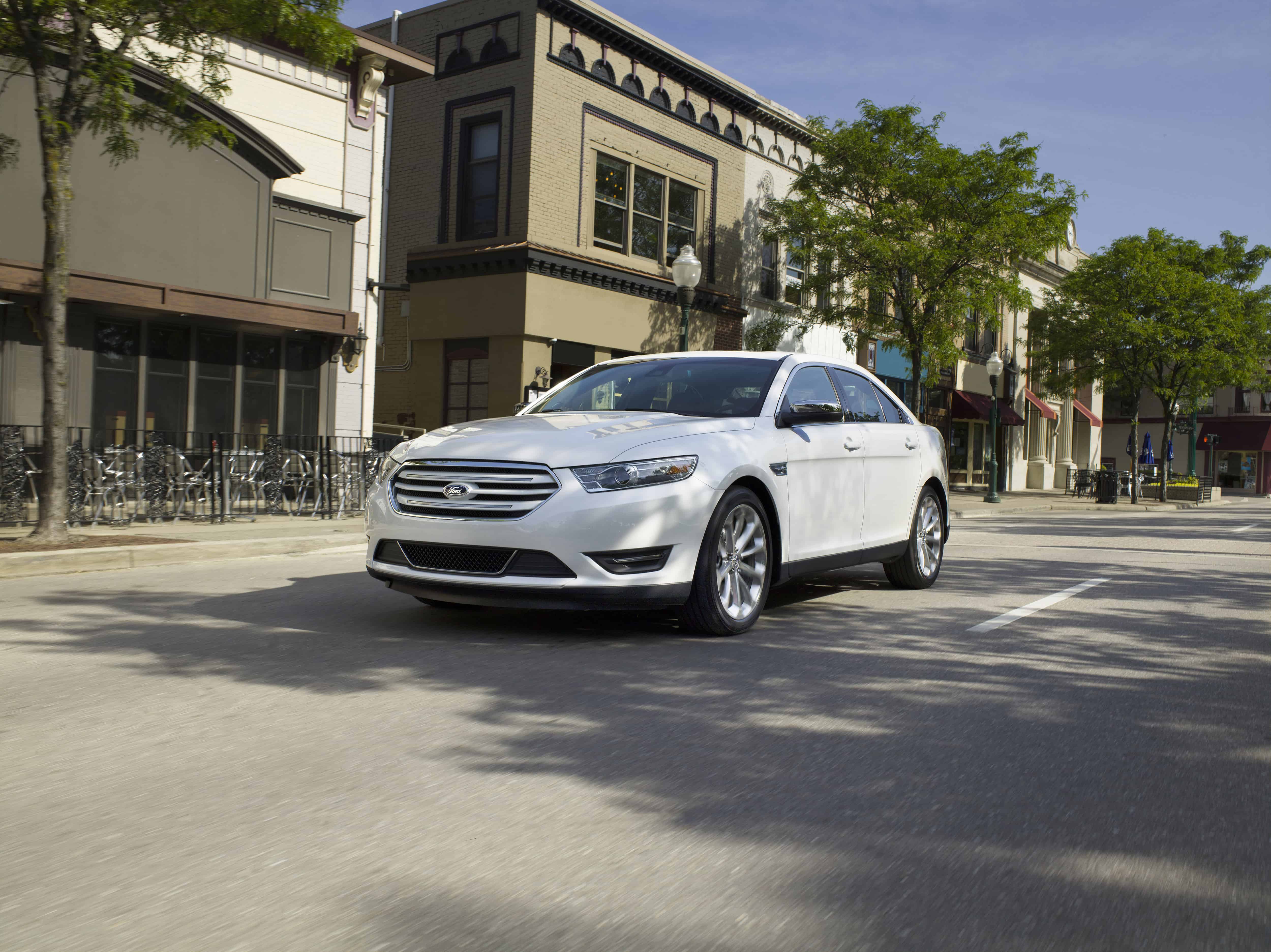 Finally breaking the 2% mark is the Honda Odyssey coming in at #3. This is a strong showing for a vehicle that is missing the first 13 years of the tested range. Introduced in 1994, the Odyssey is the fourth minivan on the list. Luckily for the Odyssey, this list isn’t about a vehicles “coolness”. 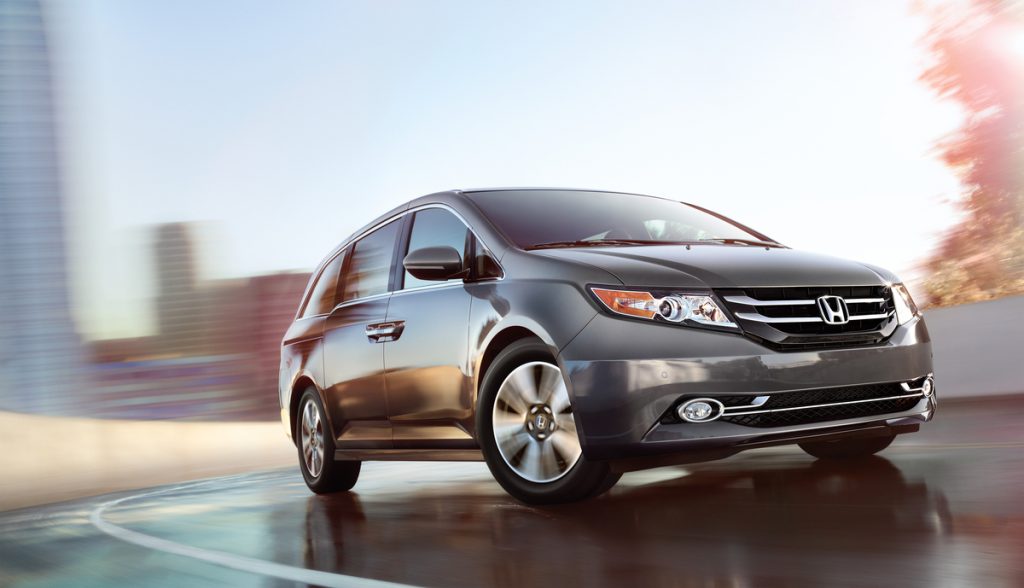 It shouldn’t come as any surprise to see a Honda at #2. They make cars that last. This is one of their main selling points for car buyers. Available as a 2 door and sedan, it has a bit of style to go with its longevity! 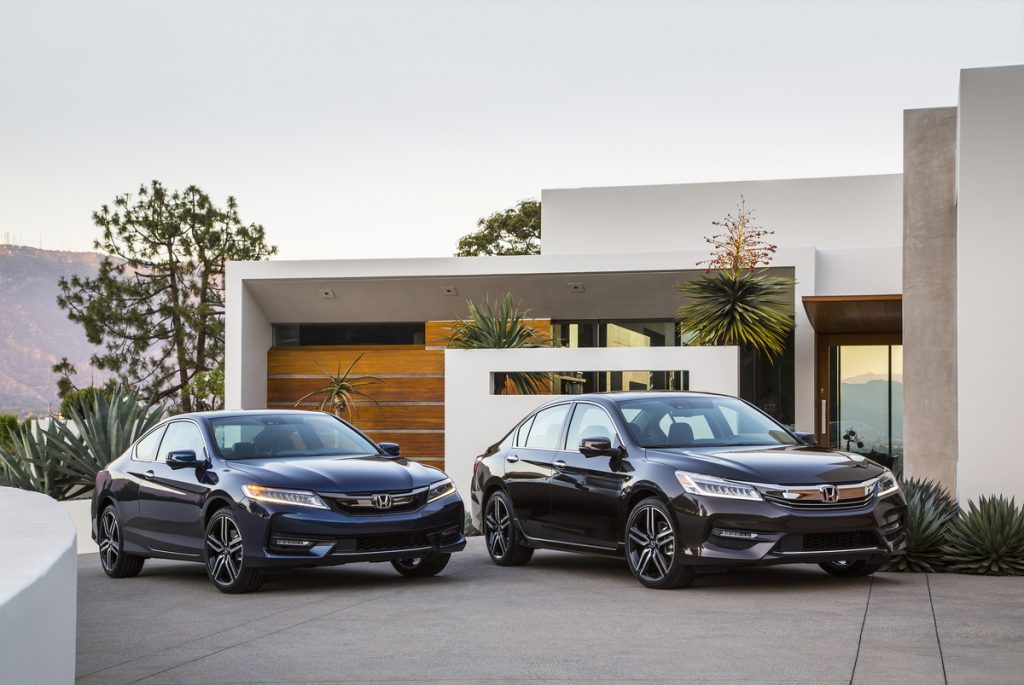 According to the notes on the list, the Avalon moved up a spot to take the crown from the Accord for this year’s results. It should also be noted the Avalon was the ONLY vehicle in the full top 10 that was not an SUV or truck. That is quite the accomplishment considering the number one F-250 has more than double the percentage of vehicles on the road over 200,000 miles.

All in all, this longest lasting vehicle list included almost every manufacturer. Well, Mitsubishi and VW aren’t on there but looking at the recent history of VW with Dieselgate, maybe that shouldn’t be a shock. The other surprise were the American cars on the list, and the Taurus coming in at #4. This proves that the American companies have started picking up their slack over the last several years to become competitive with the built-to-last Japanese companies. 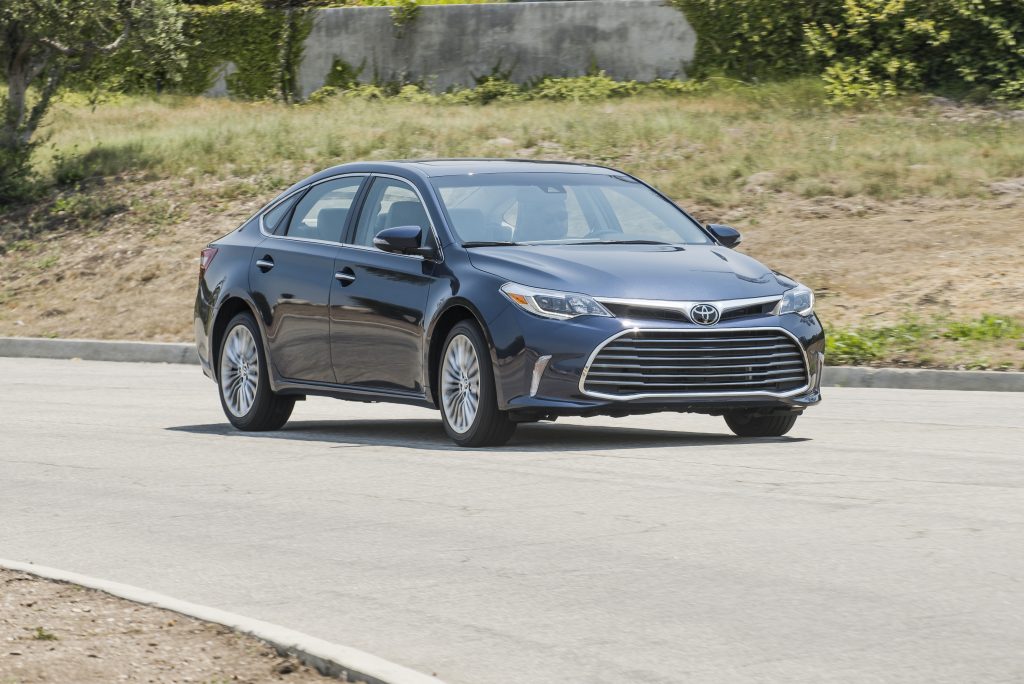 
10 Cheap Turbo Cars
Every Single Chrysler Hemi Engine Ever Made
Mad Max Fury Road Vehicles- The Cars And Bikes From The Movi...
10 Unlikely Joint-Venture Vehicles
8 Cheaper and Equally or More Powerful Alternatives to the P...
7 Celebs with the Best Car Collections