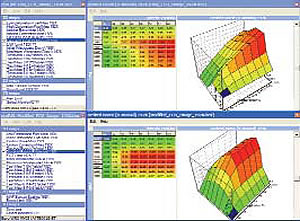 ECU (Engine Control Unit) Remapping is nothing but just a fine tuning for your car that will increase its engine performance and provides greater power and torque. An engine in a car consists of an array of sensors which monitors the airflow, throttle and cranks positions and sends it to the ECU through signals. The ECU will process the information and gives the best performance under any driving condition. No hardware is changed in the car during the remapping process. Generally the remapping process takes 60-90 minutes depending upon the ECU of the car.

Reasons to do ECU remapping:

There are some risks involved while doing ECU remapping. One of them is Engine Damage from improper parameters resulting in hotness of the vehicle. Increased wear and maintenance requirements are another problem many face after the remapping. Reduced second hand value is also a big concern . Obviously the benefits are more than the risks involved, but in the end it all depends on how badly you want the increased power (bhp).

Stand alone ECUs are most flexible for performance tuning. But there are two problems involved with it .One of them is a lot of driving is done with the engine warming up. Cold engine needs over fueling. To get the balance right we need to shell out some extra bucks because a lot of testing is involved in it. The other problem is every parameter needs setting which is highly complicated.

Remapping the ECU definitely improves the performance of the car and especially those with turbo diesel engines. If you got some bucks to shell out, go to a professional and get the remapping done without thinking much because it is really worth the pain. We hope you liked our article on ECU remapping. Please let us know in the comments section.


12 of the Highest Horsepower Cars in the World
The History of Scion
Ranking The Fastest Cars of the 90s From Japan And Europe!
Top 10 Longest Lasting Cars
RECALL: 1,478,000 Harbor Freight Jack Stands Could Be Deadly
How to Find the Best Used Cars Under 3000