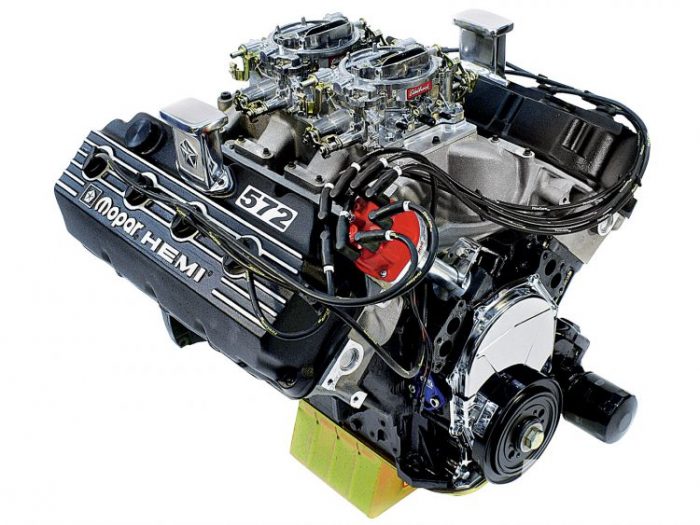 The Chrysler Corporation, through its many changes of ownership until we get to today’s FCA, has always been invested in performance while the Mopar parts division pushes the goods that enthusiasts desire. Even during the dark days when auto manufacturers struggled to meet emissions and fuel economy standards, Chrysler brought Carrol Shelby onboard to kick a little life into their subcompact cars.

The commitment to performance goes back to the 1950s and the original Generation I Hemi engines – the first engine to develop one horsepower per cubic inch. Continuing into the 1960s and early 1970s with motors like the 340 small block, 440 big block, and the “Elephant,” the Generation II 426 Hemi. Come era of the1990s and early 2000s, the company joined the muscle car revival and now makes cars that produce power beyond what anyone in the 1960s could have expected.

Today FCA sells some performance crate engines through its parts division, Mopar, while relying on the aftermarket to distribute crate motors of older models. Let’s take a quick survey of the best Mopar engines out there. 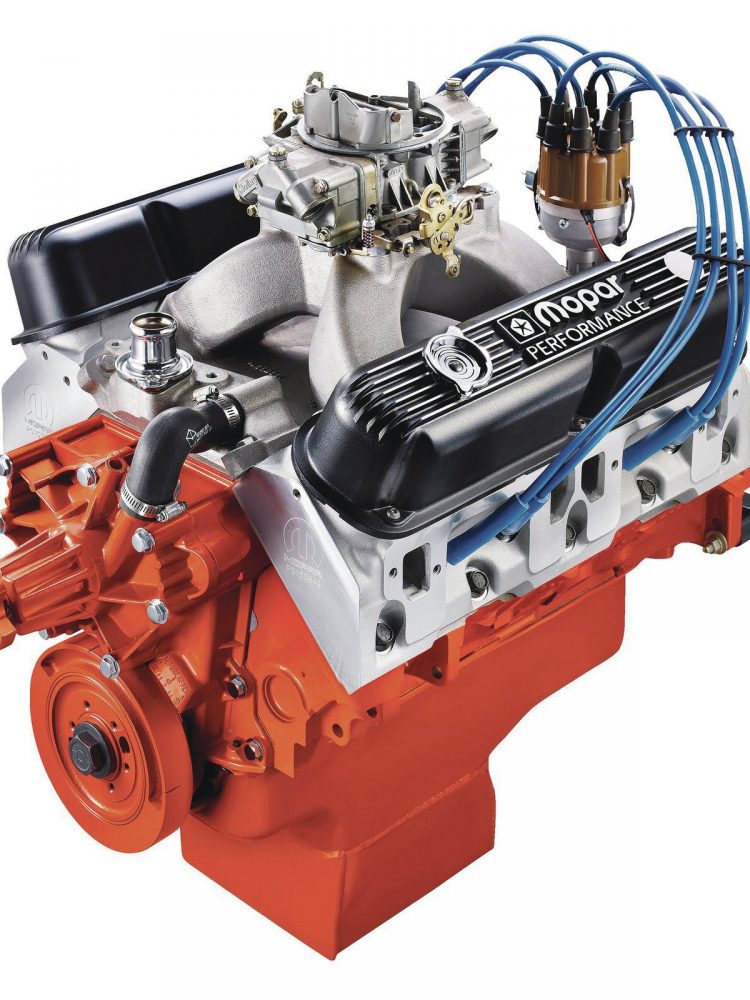 All Mopar small blocks are based on the LA architecture (which stands for Light A). It’s a standard 90-degree V-configuration engine block with 4.46” bore centers, regardless of displacement. The LA engines were in use from 1964 until 2003. Popular performance engines of the LA engine range include the 340 and 360. Interestingly, the V10 Viper engine is an LA design cast in aluminum with two extra cylinders.

There’s a wide range of crate engine available based on the LA engine block. They range from the 318 V8, which had not previously been looked upon as a performance engine, with a light upgrade that produces a very usable 300 horsepower. A 360 engine with top engine parts and a large carburetor, short blocks, modern high-flow heads, and an aggressive camshaft can produce as much as 445 horsepower. A popular upgrade for the 360 is a stroker crank that brings displacement to 408 CID and power to 465 horsepower. Mopar, before they moved away from selling all but the latest crate engines, did offer a Super Commando 440… but it wasn’t a big block. They’d managed to find that displacement inside the LA block and it produced an astounding 530 horsepower. Unfortunately these small block Mopar engines are no longer offered by the company. 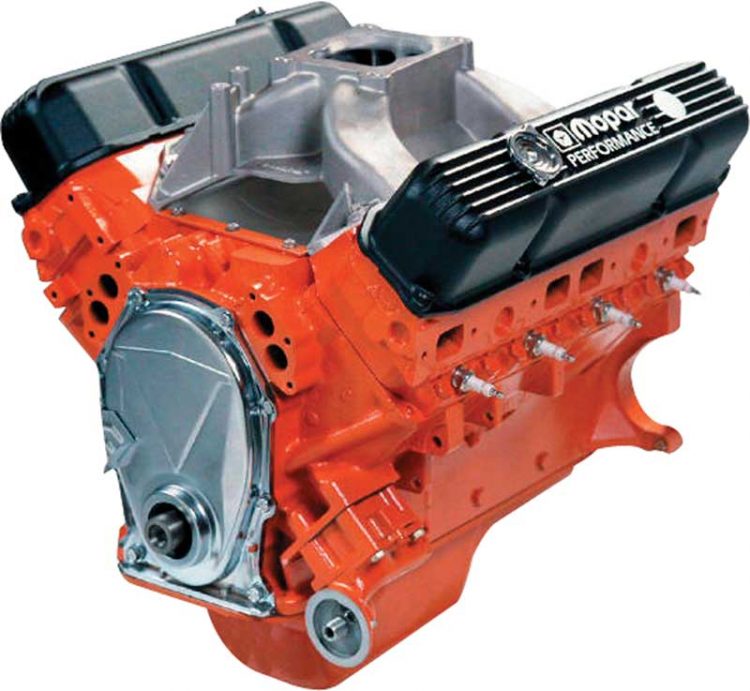 Chrysler RB engines are a series of big block V8s introduced in 1958 as the B engine to replace the Generation I Hemi engines. The B and RB engines are commonly referred to as “wedge” engines because they use wedge-shaped combustion chambers versus the hemispherical shaped combustion chambers of the 426 Hemi engine. Mopar also offered factory-built big block crate engines but have since dropped those engines as well. They are still available through a variety of sources. Those interested in developing power typically utilize the tall deck RB (Raised B) architecture, as it allows the builder more flexibility in selecting bore and stroke.

Most builders start with the 440 engine, as displacements up to that size can be obtained with a lighter LA block. Until recently, you could purchase a Mopar crate engine based on the RB block, punched out to 500 cubic inches that developed 505 horsepower and a diesel truck-like 590 ft-lb of torque (with a hydraulic cam).

While Mopar has stopped selling small and big block crate engines, there are many versions available online ranging from more conservative engines sold by the big retailers to smaller shops that are willing to push the envelope a little further. 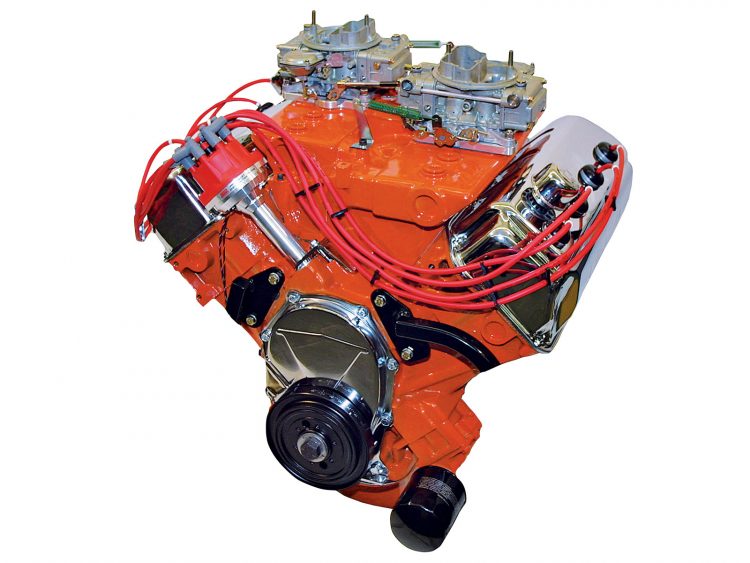 With its oversized valve covers the Generation II Hemi may well be the most recognized engine around. A function of the combustion chamber shape and the angled placement of the valves on either side for strong breathing characteristics, the Hemi is almost like a DOHC engine. Except there are rocker shafts where the camshaft would go, with the camshaft deep in the block operating the rockers through pushrods.

Originally designed as a race-only motor, Chrysler fell afoul of NASCAR rules requiring approved engines to be installed in more than a handful of street cars. In total, about 13,000 of the Generation II Hemi engines were installed in Dodge or Plymouth street cars, which is one of the reasons why they’re so expensive today. At this point there are probably only a few thousand Generation II Hemis still in operation and maybe a few hundred hidden in salvage yards. 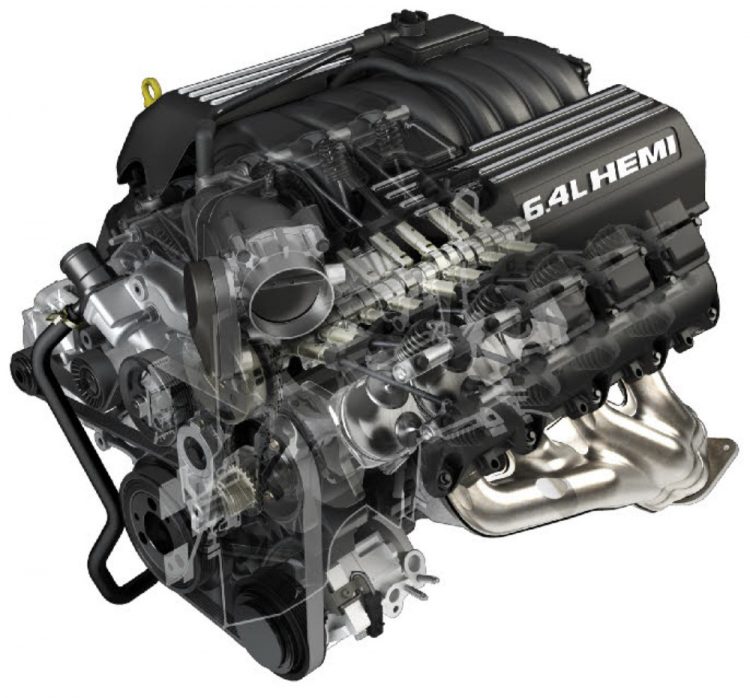 Finally we get down to a pair of crate engines that the factory still supports – the 5.7L Hemi and the 6.4L Hemi. The 5.7L develops 383 horsepower and 417 lb-ft of torque. It’s built on an iron block with four bolt mains, a nodular iron crank, powdered metal rods, aluminum cylinder heads and a 10.5:1 compression ratio. MSRP is $6070.

The 6.4L Hemi is also based on an iron block with aluminum heads. Its crank is forged steel while rods are powdered metal with a floating pin. Hyper-eutectic aluminum forged pistons are installed and compression ratio is 10.9:1. The 6.4L Hemi develops 485 horsepower and 475 lb-ft of torque. MSRP is $9,335. Throw in some upgraded valve springs, new throttle body units, and you’ve got a seriously high performance engine on your hands.

What makes these two Gen III Hemi crate engines so desirable is that Mopar will sell you an entire installation package for pre-1976 cars, including those intended to be driven on the highway. The kit really covers the install from soup to nuts and includes an accelerator pedal, engine wiring harness, chassis harness, power distribution center, ground jumper, O2 sensor, PCM, and charge air temperature sensor.

While the price of this install kit is $1,795 above the price of the motors, it will save endless hours of experimentation in getting a modern engine to run in an older car. Speaking of which, there are companies advertising that they’re selling 707 horsepower Hellcat crate engines. They’re actually replacement engines intended to slide into a SRT Hellcat Charger or Challenger. There’s no wiring harness, kits, or adapters available. You’re on your own if that’s what you desire.


Top Things You Should Know About the LS3 Engine
Hyperscreen: Mercedes Fills Dashboard With Massive AI Enable...
Is The 15 Grand Difference Between The Porsche Macan S and T...
Best of 2019 Volkswagen
The Best and Worst Maserati Cars in 2020
2020 EarthCruiser Dual Cab Overland Adventuremobile: Globetr...